Home  |  Features  |  On the Road: 2018 Lamborghini Huracan Performante Spyder
Subscribe to the Free

Spyder Rules: Sun's out, guns out 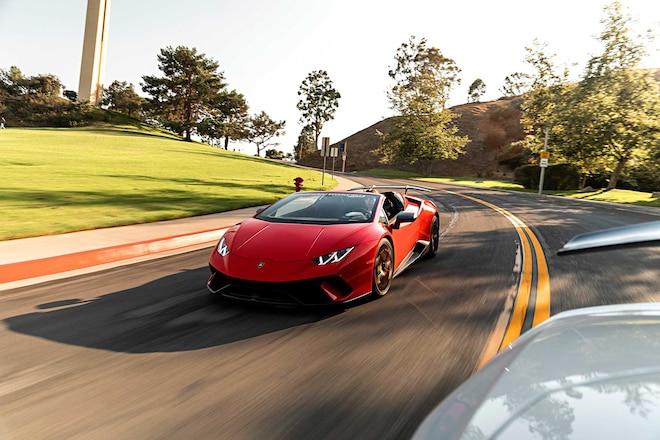 There was just a hint of protest from the PZero Corsa rubber as I closed the gap between my car and the wailing banshee in front of me. But after quickly getting my hair out of my face, I dug in deeper—I was determined to make every second of our time out in the twisties count. After turning some heads on Rodeo Drive—exhaust system cranked to 11, naturally—we had run headlong into bumper-to-bumper traffic on Pacific Coast Highway, relegated to 5mph while behind the wheel of one of the most capable sports cars in the world. By the time we finally reached the Malibu Hills, I was more than ready to open up the taps. And open them, I did. 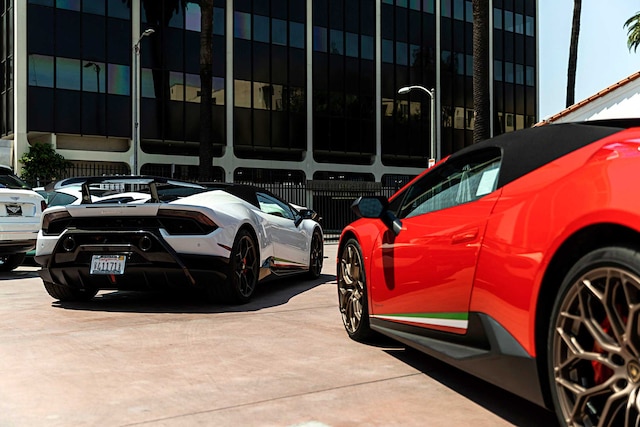 The Rosso Mars Huracan Performante Spyder I was chasing was helmed by a representative from O'Gara Lamborghini of Beverly Hills, as I was on what the dealership refers to as a "client experience." But rest assured, this ain't your typical test drive.

"Once you get into a canyon the real fun begins," explained Letizia Silvestri of O'Gara Lamborghini before my seat time. "The lead driver is there to set the pace and often, it's hard to keep to up with them." While I had no doubt we'd keep a spirited pace when conditions were right for it, I couldn't help but wonder if part of that challenge might be the $308,859 base price of the Performante Spyder looming large in potential customers' minds—and the bill they might be on the hook for if they ran out of talent out on the drive. After a stint at The Thermal Club with the Huracan Performante coupe earlier this year, I had an inkling of what to expect from its open-top brethren, so I was ready for as much fun as they were willing to give me.

Upon its debut, the Huracan Performante coupe had the distinction of being the best-performing Lamborghini production car in the company's storied history. While the upcoming Lamborghini Aventador SVJ recently beat the Performante's Nurburgring lap time by more than seven seconds, taking the production car title from Porsche's 911 GT2 RS and providing a strong indication that it will be the new top dog out of Sant'Agata, the Huracan Performante coupe isn't exactly a slouch when it comes to dynamic capability. 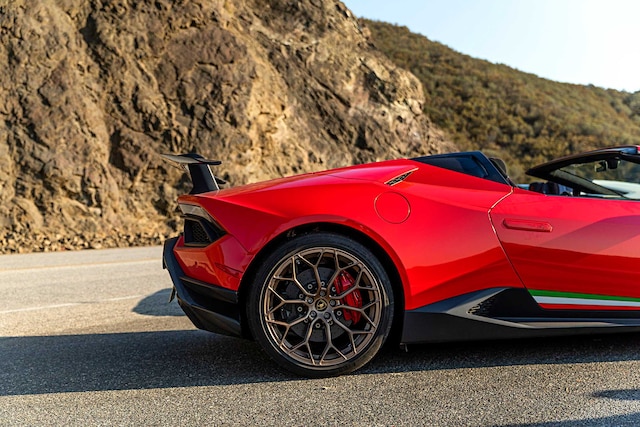 That certainly bodes well for the Huracan Performante Spyder. Still, there's a lengthy history of sports cars that have been defanged to a tangible degree when outfitted for open top duty. Did the Performante Spyder suffer a similar fate? I was determined to find out.

Although the Huracan is a potent machine in any iteration, the Performante is the most formidable of them all. Nestled just behind the seats is a naturally aspirated, 5.2-liter V10 that makes 631 horsepower and 443 pound-feet of torque in Performante guise, and with the power sent to all four corners, the Spyder will sprint to 62 mph from a standstill in a scant 3.1 seconds. That's two-tenths behind its coupe counterpart, but Spyder matches the fixed-roof model for top speed at 202 mph. 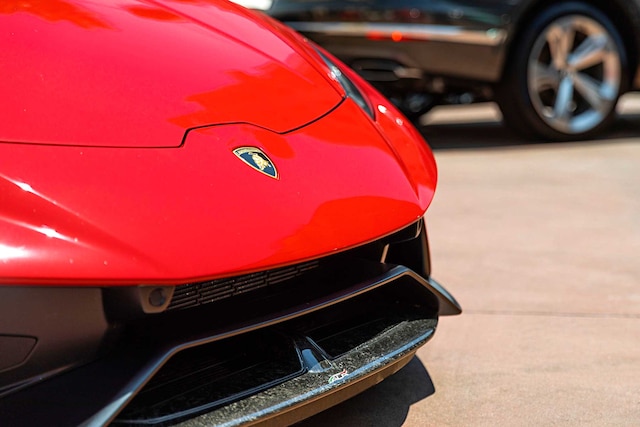 While the Performante packed on about 250 pounds during its transformation into a roadster—a result of additional structural reinforcement, which largely accounts for the small discrepancy in straight-line acceleration between the coupe and the Spyder—it's still far from portly. Lamborghini claims a dry weight of 3322 pounds, which is down 77 pounds when compared to the LP 610-4 Spyder, Lamborghini's "garden variety" four-wheel drive Huracan droptop. 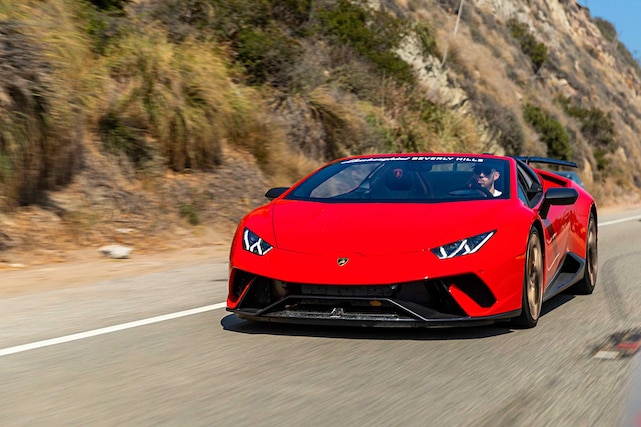 As you'd expect, Performante Spyder also comes packing all of the hardware that made the coupe a world-beater last year, including a quicker steering rack, a more aggressively tuned suspension system, lightweight Forged Composite bodywork and the Aerodinamica Lamborghini Attiva active aero system.

The latter goes a step beyond traditional active aero systems in that it utilizes "aero vectoring" by way of a pair of active air ducts installed in the engine bay. Not only can the system improve downforce or reduce drag on the fly, it also directs airflow to either side of the rear wing as needed. By doing so, the ALA system can increase the downforce on the inner wheel during high speed corning, counteracting the load transfer and allowing the car to take the turn at higher speeds with greater stability. It's legitimately trick stuff, and it's part of the reason the Performante coupe was the supercar to beat last year.

At 6'3" I fit in the Huracan Performante Spyder—but only just. With the top down headroom is obviously unlimited, but I needed to put the seat forward in the cabin a bit more than I would have preferred in order to position the seatback in such a way that my outward visibility wasn't partially obstructed by the top of the windshield. In this position the roof clears the top of my noggin too, but the margin for error is close enough that I instinctually ducked down a bit when the cloth top came swooping in to connect with the windshield. 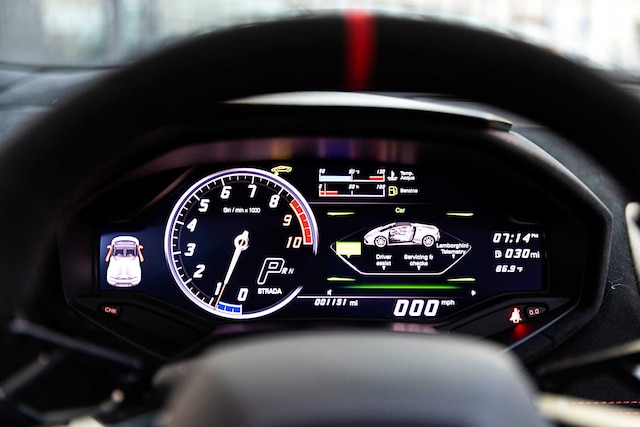 But opening the roof is operation that takes a mere 17 seconds in the Huracan Performante Spyder. It's a task well worth the time, weather provided, if for no other reason than to remove any obstructions between the active exhaust system and one's ears.

Heading out from O'Gara I started off in the Strada drive mode, the Huracan's most laid-back setting. While it's well suited for slow-speed cruising around town and stop-and-go traffic, I quickly moved up to Sport mode—not for stiffer dampening that the optional magnetorheological adaptive suspension provides, or to get more urgency from the seven-speed dual-clutch gearbox, but to coax the exhaust system into full song. 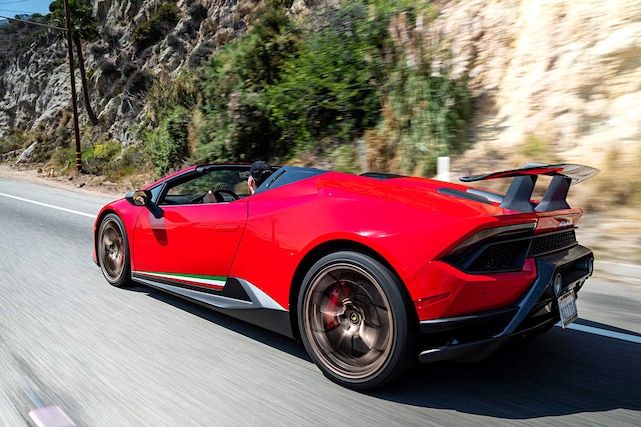 Unlike the Aventador S's "EGO" mode, the Huracan still lacks a customizable drive mode that would allow the driver to mix and match their favorite adjustable settings, like soft suspension dampening paired with the loudest exhaust volume. So if you want the latter and its aural funhouse of snaps, crackles, and pops, you'll need to set the Performante Spyder's steering wheel-mounted ANIMA (Adaptive Network Intelligence MAnagement) drive mode selector to either Sport or Corsa mode and take all that comes with it.

While Corsa is indeed the most aggressive of the three, the car often felt more buttoned down when set to Sport, even out in the hills. The imperfect road surfaces in Malibu aren't an ideal match for the track-tuned suspension stiffness of Corsa and the pace often isn't quick enough to really make the dampers work the way they want to in that setting, so the car ends up moving around more than I'd prefer. The Sport setting nails it, though. 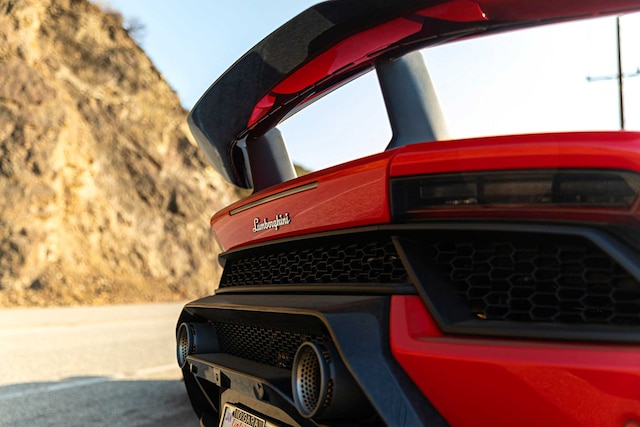 Once the settings are sorted out, the Huracan Performante Spyder proves to be every bit the stunning performance machine that its coupe counterpart is. All-wheel drive grip and the trick aero system keep the car glued to the pavement, and intuitive to drive with sporting purpose. Even during the brief moments where we really pushed the limits of sanity, it was clear the Performante Spyder had a deep well of capability that was still left untapped. As with its hardtop stable-mate, this is a car that truly shines when allowed to stretch its legs on a race track—public roads just aren't designed to handle this level of capability, even the good ones. 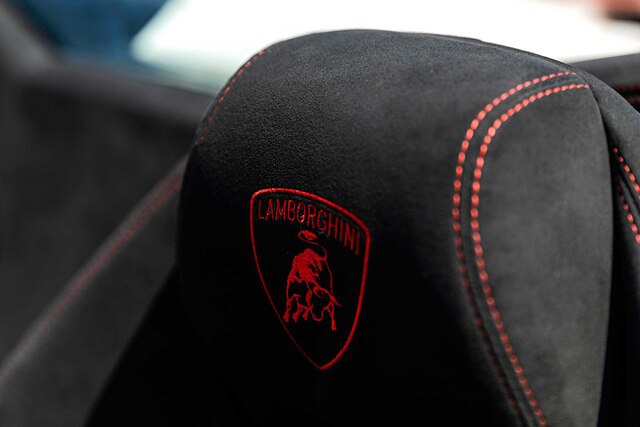 Yet when there isn't a road course handy, the Huracan Performante Spyder still has plenty to offer. On a nice day it begs for a long, scenic drive with the roof down. You'll find yourself pulling the left paddle, even when you don't need to, just to hear the sonorous wail of the V10 as it barks to life from the downshift at which point you can watch the faces of onlookers light up around you. While the Performante Spyder might lose half a step to the coupe dynamically, it more than makes up for it with sheer charisma. 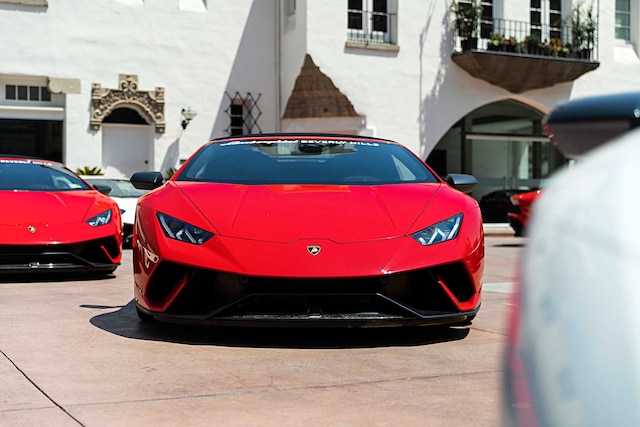 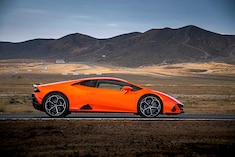 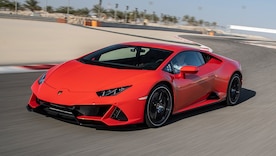 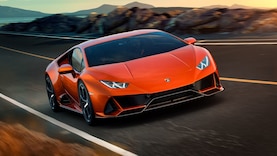 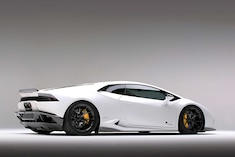 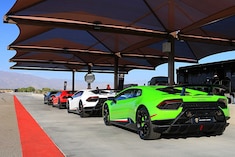 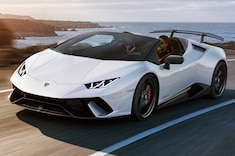 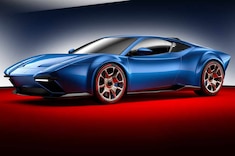