The key to a happy life? Build her the car of her dreams. 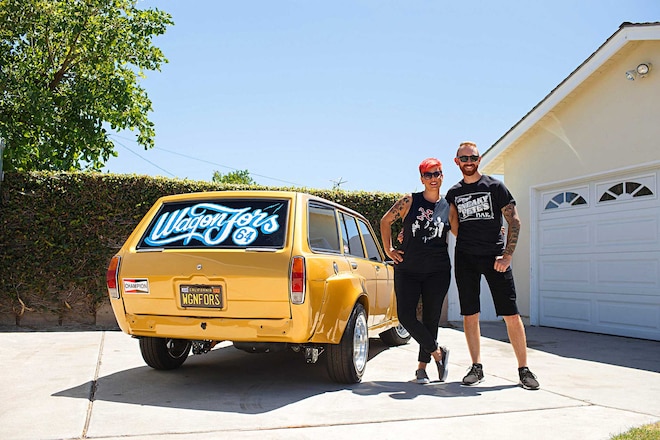 As a car enthusiast, finding the right significant other can be a challenge. Often, a partner won't get it. After all, why should a hobby demand more hours from you than what your daily commuter already does? Patience is a must, understanding is necessary (and appreciated), something both people must reciprocate to one another. However, finding a compatible partner can be like searching for the right project car: When they come along, you know—and you do everything in your power to keep them in your life. 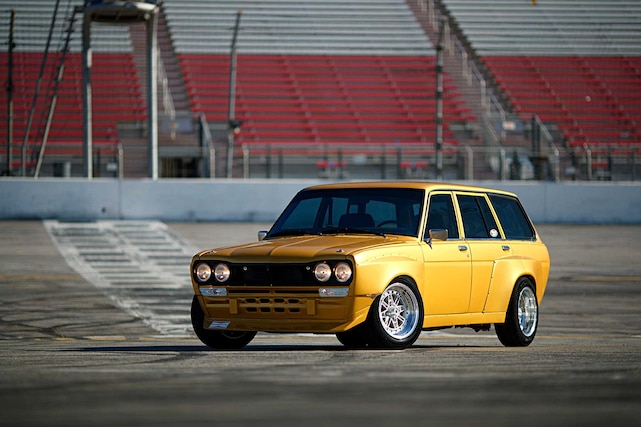 Chris Forsberg is no ordinary enthusiast. You, me—you know, us regular folk—we can barely make it in or out of driveways without scraping our front bumpers. Chris, a Formula DRIFT pro driver, makes his living by scraping body parts often with the competitor next to him. But he found a very special partner, Michelle, in that they're not only marriage compatible, but they share a love for building cars. Her 510 Wagon doesn't go sideways at all. Still, it stays in the Nissan family. "Michelle provided input for the overall look of the car, keeping the factory Safari Gold color, which I love," Chris says. "She also designed the layout of the interior along with the Recaro seats. Other than that and a few other features, you could say I got carried away with it."

However, one of many upsides to being married to a guy like Chris is you know the car is going to be built with lots of love. He took everything apart, cleared as much rust from the chassis as possible, and reassembled it in Michelle's vision: to make it a safe and enjoyable street cruiser. But he didn't stop with a fresh look—he swapped the engine for a more powerful and modern SR20DET (fully built with 400 hp, that is) and tons of fab work. From a new floorpan to a fully upgraded suspension and a complete Wilwood front and rear disc brake conversion, there's so much metal fabrication you can't see that Chris and his friends spent hours that must be seen in order to appreciate (search #Wagonfors on YouTube and you'll see what we mean). 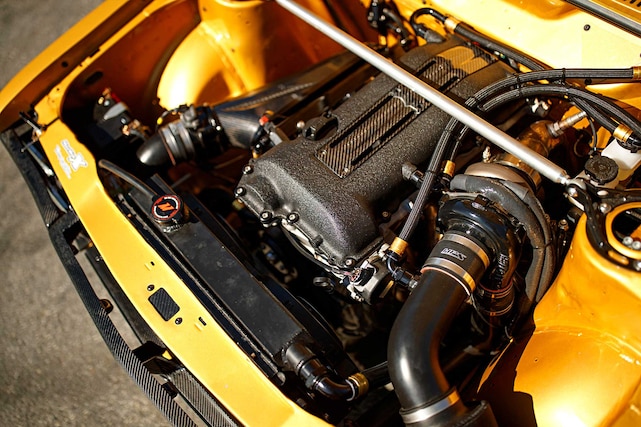 While the project started off innocently enough in Chris' garage, once it began to go off the deep end, he had to enlist the help of RAD Industries, not only for the room to work but the extra hands to finish the car in time for its debut at last year's SEMA Show. The SR20 swap is a tight squeeze for the small bay of a 510, and some piping/plumbing (like the radiator and fuel system) had to be configured properly to accommodate air conditioning and basically general operation. The exhaust work is also impressive, a one-off system that leads from the turbo downpipe all the way to a Magnaflow rear muffler. It's an automatic, but that's all part of the original plan, which keeps it streetable for Michelle. "This car isn't meant for the track," Chris explains. "We decided that making it automatic would be another step toward making this a full retromod street cruiser."

Props must also be highly awarded for all its custom exterior work as well—we're talking widebody fenders that had to be retrofitted properly in order to flow with the wagon's body lines and still line up evenly with the contours of the original chassis. Although there are layers of complex modifications to the bodywork, it looks effortless and elegant. You'd hardly know there was a 400hp beast lying underneath its hood, that it's fully equipped with a stereo system, and yes, that it rocks air conditioning. And in case you were second-guessing yourself, that is a Hakosuka front grille. 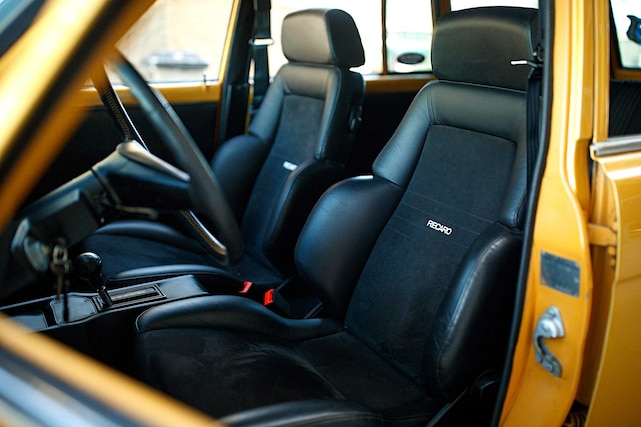 By going to town on Michelle's wagon, Chris was recognized once again at the SEMA Show for his building skills, which proves he can do so much more than win drift championships. He can fabricate, put engines together, build awesome street cars...what's not to love? Michelle's one lucky gal. 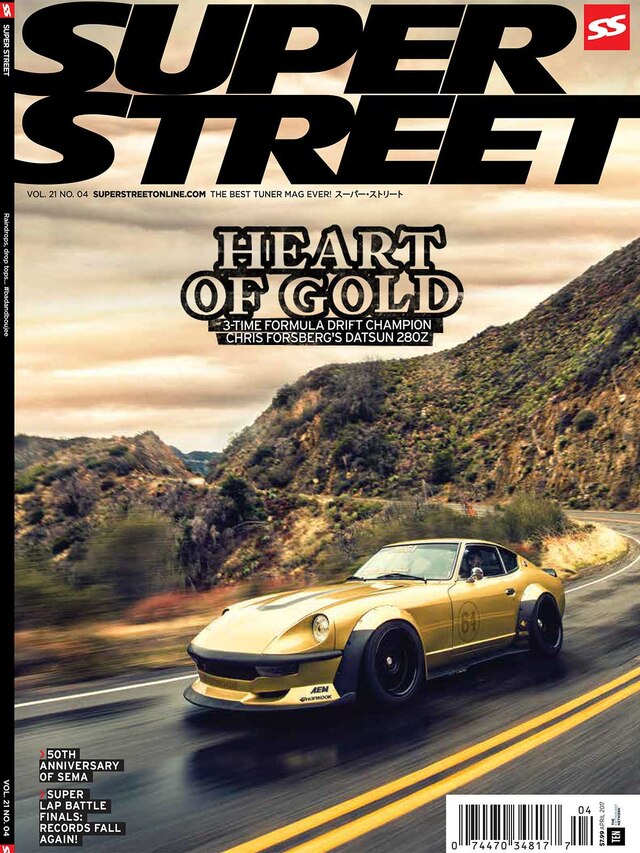 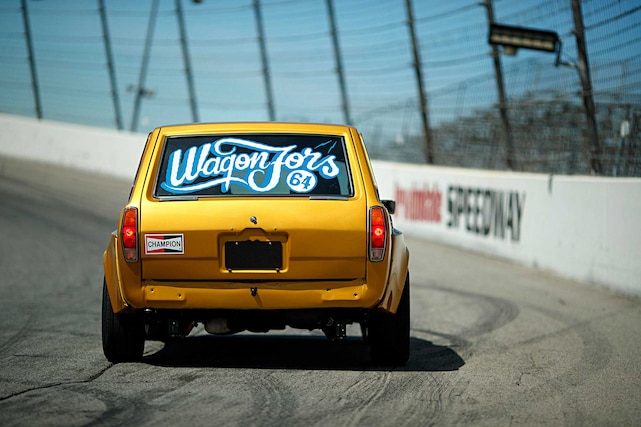 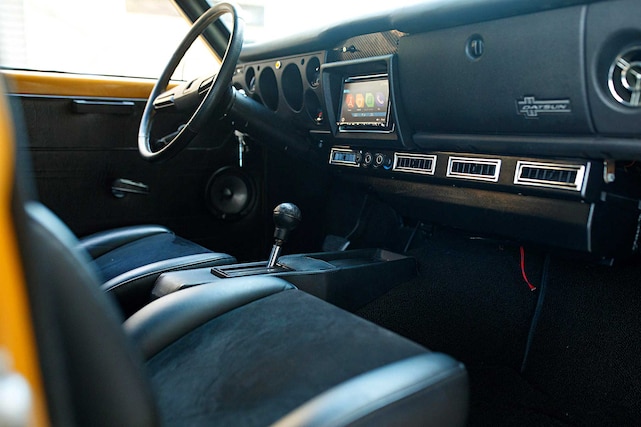 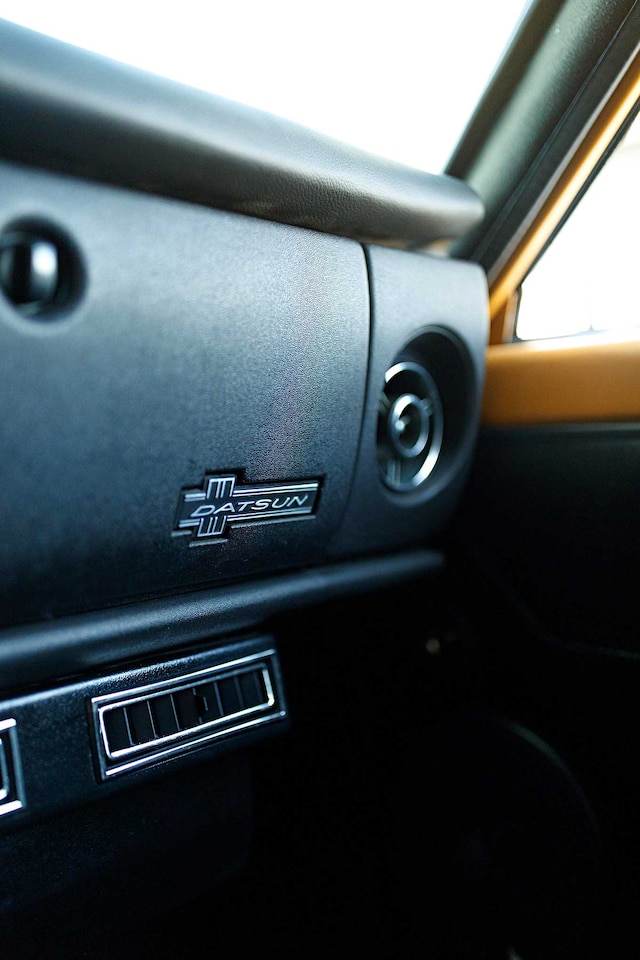 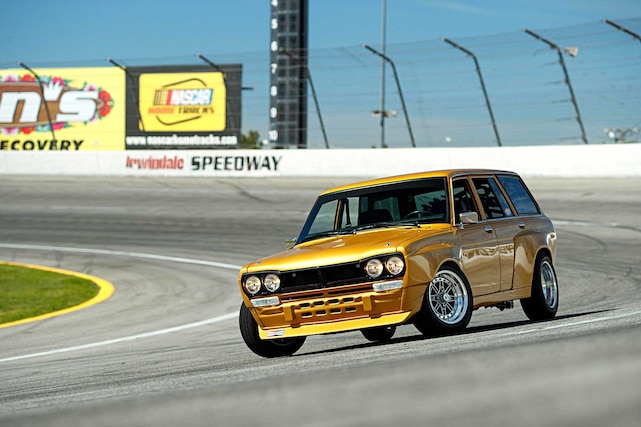 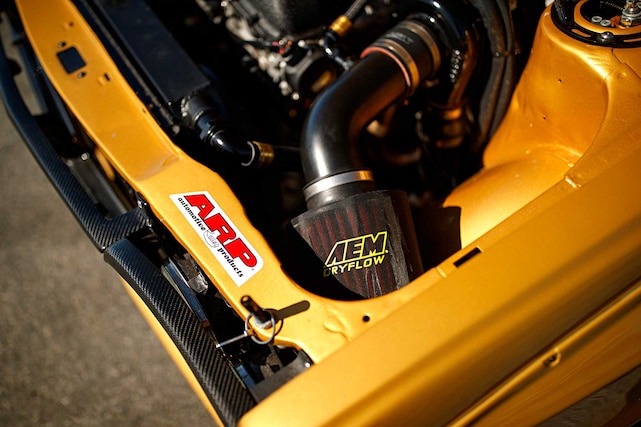