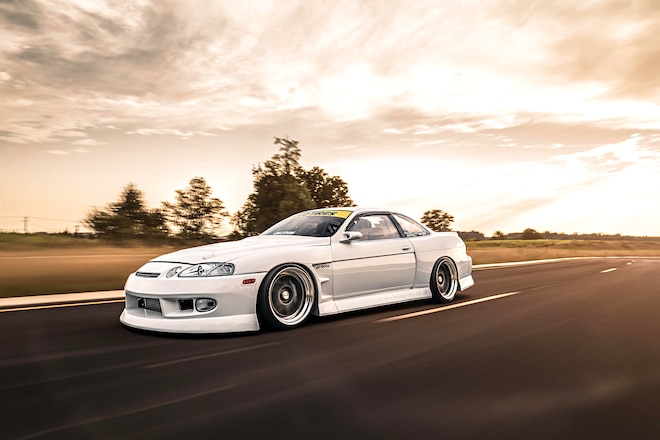 If you're anywhere past 30, it's more than likely you miss the ever-lovin' hell out of the '90s. Think vintage arcade scenes from the show Stranger Things struck a chord with audiences across America? Imagine what game night hysteria in the house looked like back in the day, when the Super NES got fired up for a little Mortal Kombat II or Battletoads bedlam. Imagining this? Good. Now, imagine taking that '90s nostalgia and infusing it with a rear-wheel-drive Toyota coupe from the same era, then widen it and modernize it. The 2JZ-propelled SC 400 here is what you get when a decade of dynamically brilliant automobiles fosters an entire generation of enthusiasts. Super clean, swapped, and screaming for attention, Aum Sung's Lexus is "all white" in our book, and it isn't just because it goes fast or looks badass. 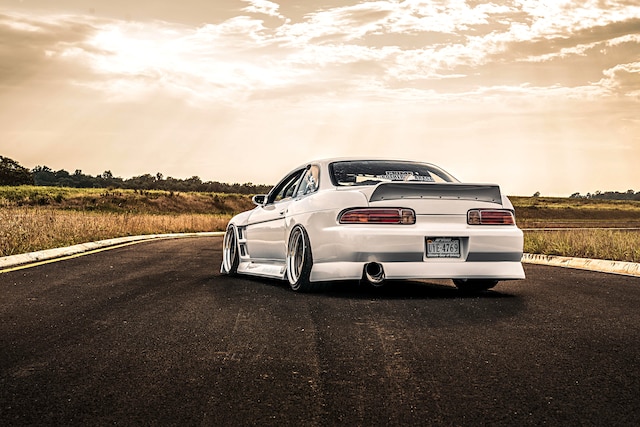 Built to be both a show car and a drift machine, this BN Sports widebody comes equipped with a very functional feel, all while embodying an array of old-school flavor. What began with a Vertex kit and Volk wheels has leveled up into what you have here today. There's a healthy amount of history surrounding this build that will more than likely bring back memories of brotherly bonding over vintage video games for some of you.

Luxury cars and race cars have always fascinated Aum. So, when he chose the SC as his dedicated project car, he didn't just select it for its performance potential, but because it's also a relatively rare luxury item. Not only are well-done JDM influenced reiterations hard to come by, but the majority of quality parts are extremely hard to find in the U.S. market. 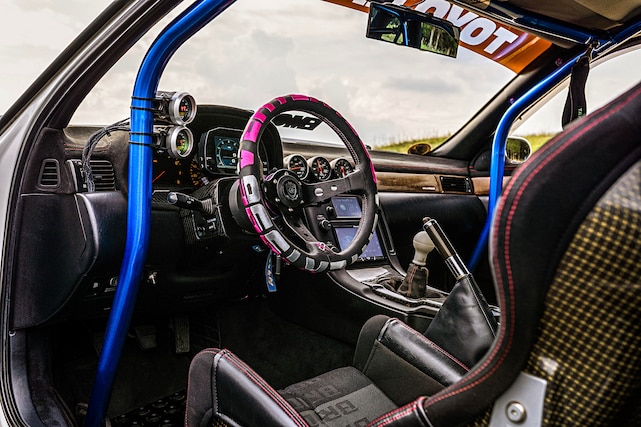 Aum admits that in order to get the vehicle to this point, it took a healthy amount of patience, research, and hoarding. All of those authentic Japanese bits weren't just pulled from some parts catalog over the course of a weekend. It's kind of like collecting SNES cartridges. Sometimes you really have to hunt to find gems like Contra III or Street Fighter Alpha 2, making time spent searching all the more worthwhile. For Aum, the SC wasn't just a random rare "cartridge" buy one afternoon. A Soarer platform had always been his dream car, and with inspiration being drawn directly from the UNO Vertex of Japan build, it was obvious that blending the best of both drift and drop worlds was his goal from day one.

With the help of his brother Amper, the customization of the car began, a move that would encompass more than five years of time and toil. It wasn't always easy, and it sure as hell wasn't cheap, but like any enjoyable hobby, the boys turned their chore into a challenge, even building their own workshop in their home garage. The brothers renamed their shop "Brother's Garage," an appropriate title that still sticks to this day. 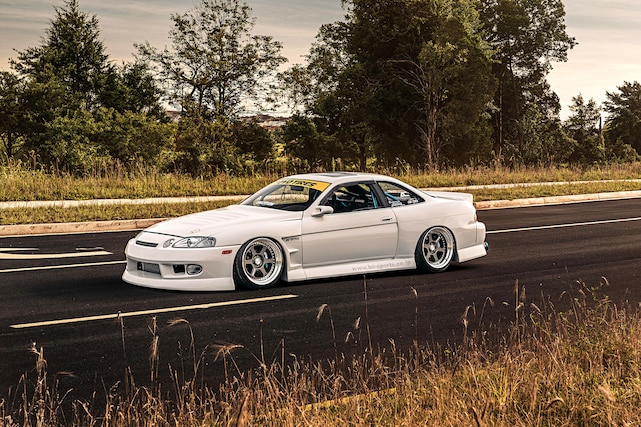 From that point forth, the SC became this long and drawn out design and implementation trial. Swapped and slammed, the Vertex homage performed its part, all the way up until the need for something more unique arose, sending Aum back to the drawing board for a fresh approach.

The period-correct combo of 2JZ power and R154 precision was the obvious choice, and with just the right blend of bolt-ons and inner reinforcement, it turned the previously dull 4.0-liter V8 vehicle into a vengeful inline-six vigilante.

Bonus points for level two of the build came into play when Aum came across Japanese body kit maker BN Sports. Taking an immediate liking to them, he ordered a Type 2 kit and rocked it for two years. When the option to upgrade to the latest "Blister Full Widebody Kit" surfaced, out went the mild and in went the wild. Aum and his brother enlisted the assistance of Fizz Autosports for a few additional JDM goodies and secured a spot on the shop's calendar for the kit installation and the car's Supra "Super White" paint job. 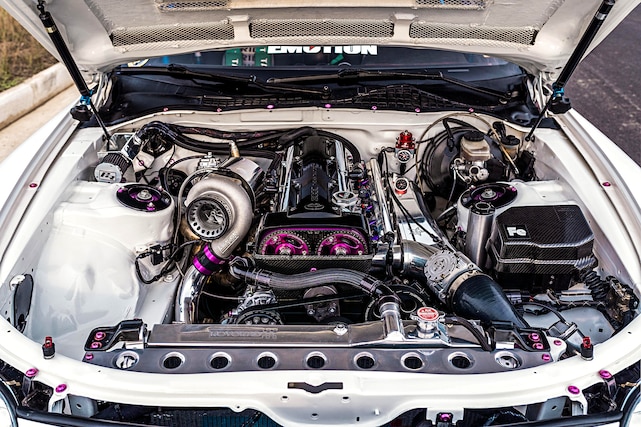 With everything nearly buttoned up, new Work Meister L1 wheels installed, and the interior stitched together as a textbook cross between drift and luxury, it was time to test things out on the street, dial-in the Air Lift air suspension, and make sure the 600-plus horsepower pump gas tune from Freed Engineering was still giving the performance Aum pined for. This SC 400 is the epitome of what a well-outfitted Mega Man or Samus Aran would look like in automotive trim. Together, the Sung brothers have beaten the VIP game into submission.

Earning a top slot on the winner's board of "Greatest SC/Soarer in America," an honor that few have obtained over the years, is no easy task. While the nostalgia associated with Aum's car itself, along with the kickass upgrades added to it certainly make it a stunningly swift head-turner, there's more to it than just material modifications. The teamwork and patience exuded by the two brothers who played this game and ultimately won are what make this story so special. All it needs now is Biggie on the stereo and a can of Surge sitting in the cupholder... 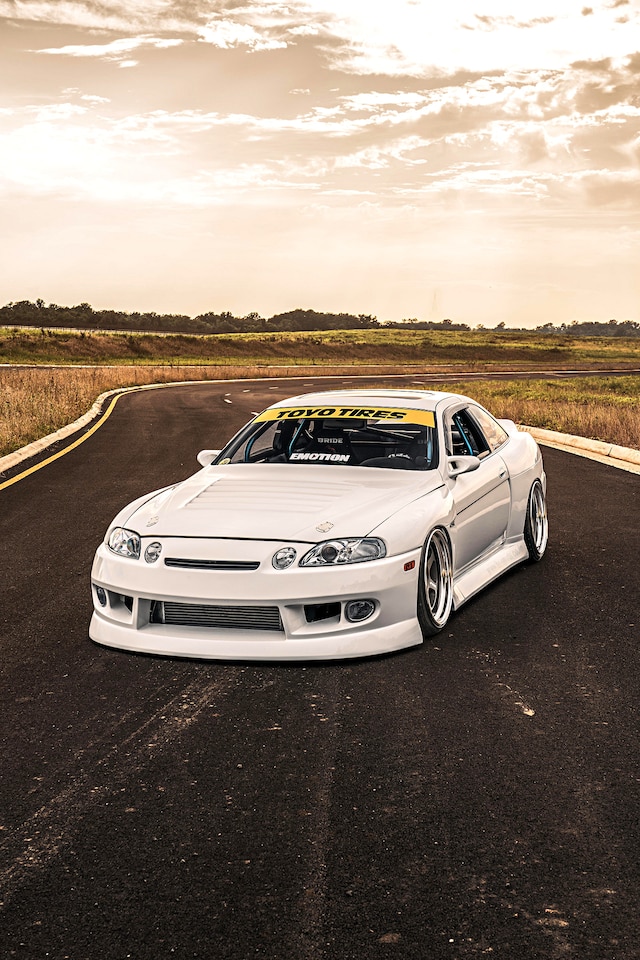 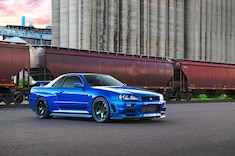