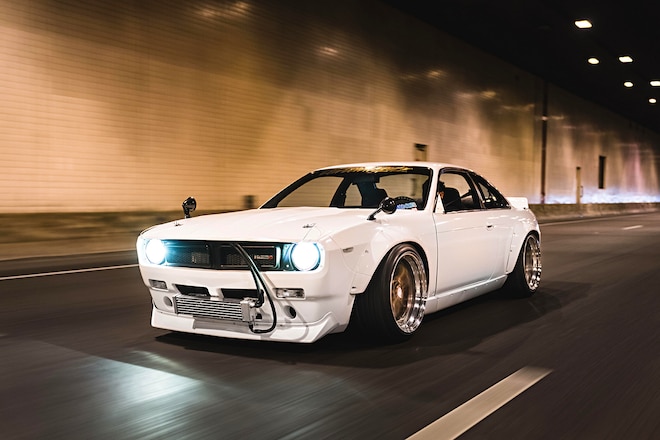 Your mom's Dodge Caravan gave you no reason to want to mimic her motoring ways. Utilitarian at best, all that minivan did was let you know it could be counted on to pick you up from choir practice or stow 11 sacks of groceries behind you. Any sort of thrills, that Caravan was never responsible for delivering. 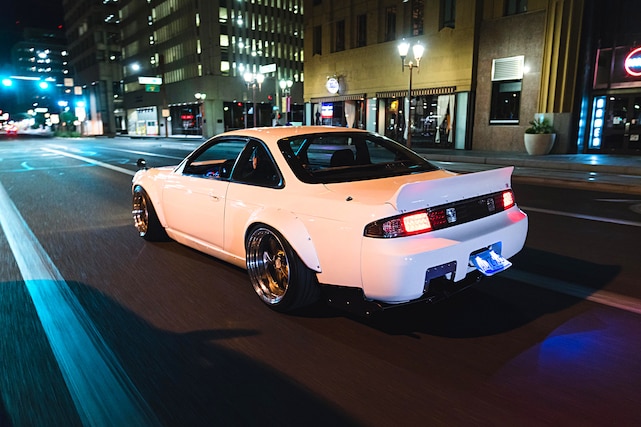 Daniel Campa's mother was evidently cooler than yours, then, introducing her son to Nissan's S14 when she bought one for herself not long after the car was introduced. "I remember driving by the dealership with her and seeing the car displayed up on a ramp and her telling me she was gonna buy that car," Daniel says. "That was really the first time I'd ever seen an S14."

Daniel's mom wasn't the only one who played a role in his later owning an SR20DET-swapped 240SX of his own... Dad drove an IROC Z28 and brother a mid-'80s Mustang. Between those and mom's Nissan, there was no way he'd end up with anything that had its drive wheels up front. "I was used to driving rear-wheel-drive cars," he says. "I could never get into Hondas because I wasn't a huge fan of torque steer." 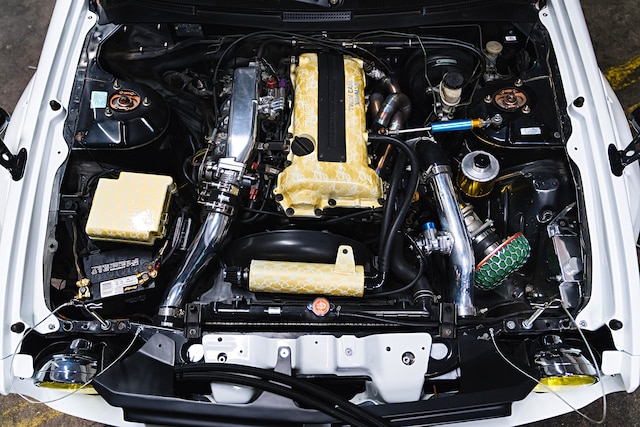 Circumventing unintended steering wheel movements associated with things like Civics and Accords started with a '95 240SX. Years after picking up his S14, it was transformed by way of the Japan's already-turbocharged SR engine, of which, at first anyway, Daniel left mostly alone. "I wanted [the car] to be as close to an S14 Silvia as possible, so in my garage with help from friends, we swapped the motor, which I kept completely stock," he says, "even running the stock Silvia side-mount intercooler and piping, complete with A/C." It was a commendable plan, to keep things as original as possible, but one that wasn't long for this world.

Soon, the intercooler was updated with something mounted up front, the turbo with something larger and from Garrett, and the underside of the valve cover was treated to things like camshafts from Tomei. But the biggest changes of all are the more obvious ones-like the Rocket Bunny V2 Boss conversion kit Daniel wasn't entirely sure about at first, but that the '72 Datsun 510 he once owned helped make sure would happen. "[That's] why I decided to do the Boss kit," he says. "It reminds me of an old Datsun." 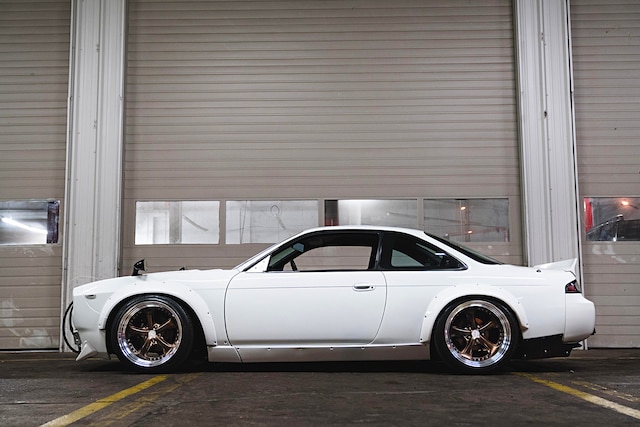 Before that Boss kit, though, there were aero predecessors. "I pieced together an Origin body kit but destroyed my side skirts at the track shortly after," Daniel says. Later, the S14's Kouki front half along with a Vertex Lang kit were added, but that didn't last long, either. "I kept doing little updates to the car," he says, "but I was losing interest." Long days at work and that 510 left little time for the 240. Daniel even posted up the whole shebang to the classifieds at one point in an effort to cut ties with it; however, his friends who knew better were quick to flag those for-sale posts and kill any such plans.

And then the Rocket Bunny kit happened. "It reminded me of a modernized Datsun," Daniel says about the kit's lines. "This really kicked off the build." The newfound interest led to an overhauled exterior with new paint and what Daniel calls "Kyushu-inspired" styling cues. "I wanted [a car] that could be driven daily, being that my previous setup was more stanced, which I think contributed to my losing interest [in it]," he says. "I'd only seen the Boss S14 done by major shops and companies as demo cars, but I wanted to drive mine daily." 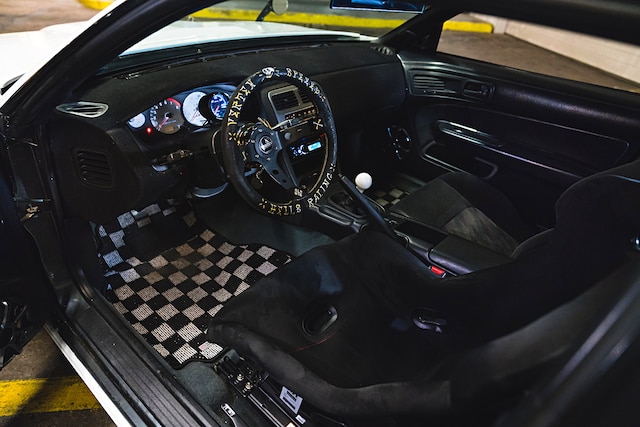 Which is exactly what he's gone on to do. "This car was built with two things in mind: driveability and reliability," he says. "I've always been a huge fan of the 240SX, ever since my mom bought [hers]. Needless to say, I'm hooked."

"My journey with Nissan started in '96 when my mom bought a brand-new 240SX," Daniel concludes. "I loved it. We road tripped in it...and I actually took my driving test in that S14." It wasn't much of a surprise, then, when the 240 became the car of choice for Daniel. "Needless to say, my obsession with the S-chassis is very real." 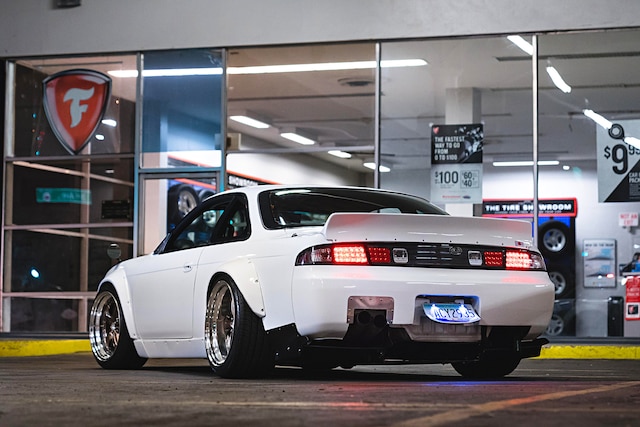 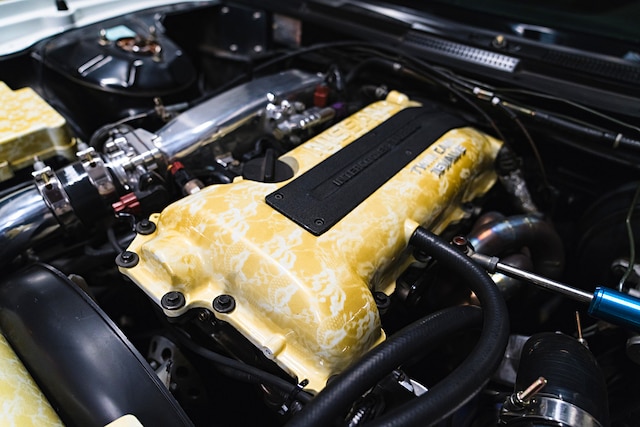 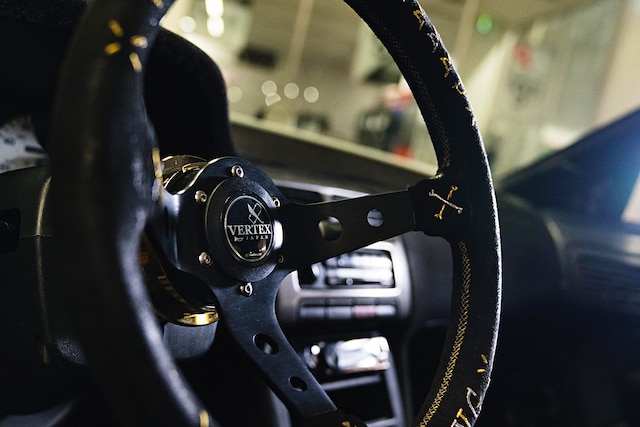 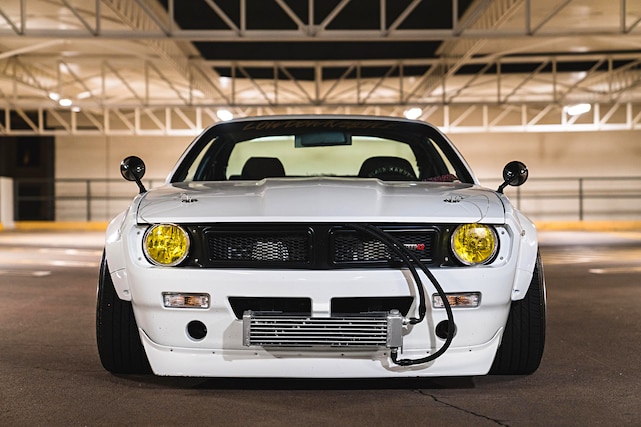