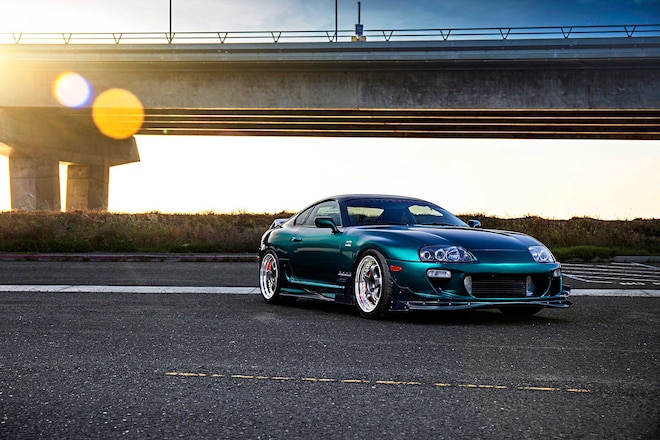 All too often when admiring a high-quality build at a local meet or major car show, we take for granted the fact the car we are admiring was once completely bone stock. We also tend to make the assumption that what we see is the final product. We constantly fail to appreciate there was an epic journey for that particular car to get to that point, and it's highly likely that its journey isn't close to being over. 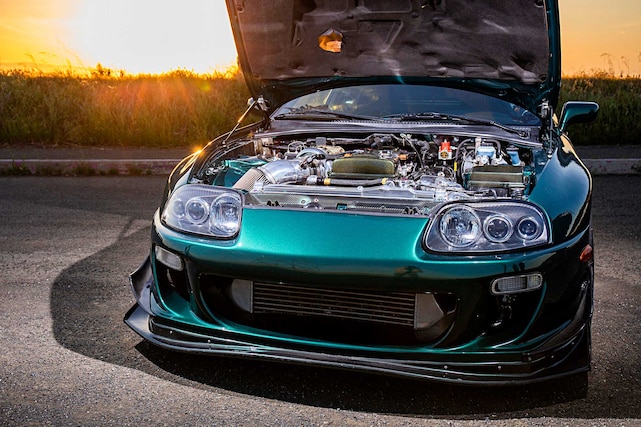 For Eric Lam, the vehicle that drives his journey is the Mark 4 (Mk IV) Toyota Supra you see in this feature. And its journey started long ago when Eric was still a teenager.

Eric fell in love with Toyota's legendary sports car when his father handed down his '89 Supra to him. Eric loved (and still owns) that car, but after attending a "Supras Invade Las Vegas" event, Eric heard the siren call of the Mk 4 Supra..

Fast forward four years later to 2009 and a 22-year-old Eric finally saved up enough to buy a pristine 15th anniversary Mk IV Supra from his good friend, who specifically saved the car for him to buy, thus marking the next chapter in Eric's journey.

Taking inspiration from Supras Eric read about in Super Street (aw, shucks!) as well as SupraForums.com, he began collecting parts and piecing together his vision of the ultimate Mk IV. 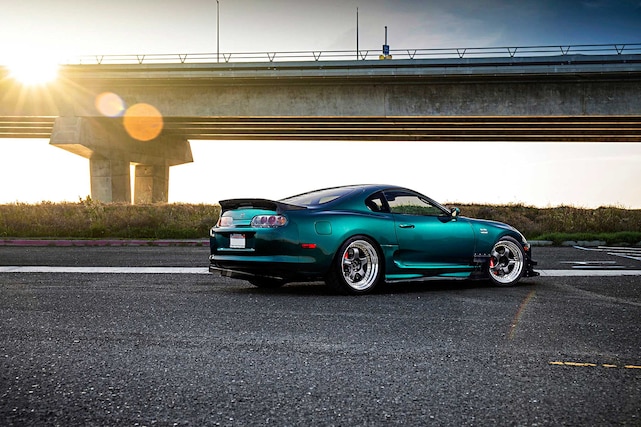 Starting with the engine, Eric ditched the stock twin-turbo setup and built a single-turbo system with a Precision 8385 turbocharger as its foundation. An AEM Infinity 6, combined with an AEM boost solenoid and Tial MVR wastegate, help manage the forced induction to the tune of 818 horsepower and 600 ft-lbs of torque on E60 flex fuel. The turbo inhales through a K&N filter attached to a custom intake pipe and a GReddy three-row intercooler mated to a Virtual Works intake manifold. The 2JZ exhales through a DOC exhaust manifold paired with custom dump tubes, custom 4-inch downpipe and midpipe, and finally out through a HKS 4-inch racing Ti exhaust.

A "thicc" Koyo radiator with custom AN fittings helps keep everything nice and cool.

Of course there is a supporting cast of additional parts that make all that magic happen, but that list is so long that I literally can't fit it all here.

If the exterior of Eric's car looks familiar to you, it's because another source of inspiration for his build is the legendary Manabu "Max" Orido, which means nearly every major exterior mod is sourced from Ridox. That includes the front bumper, carbon fiber front splitter, carbon side skirts, front fenders, and carbon fender splitters. The only non-Ridox exterior mod is the rear spoiler, which Eric scored from another legendary JDM aero tuner, AB Flug. 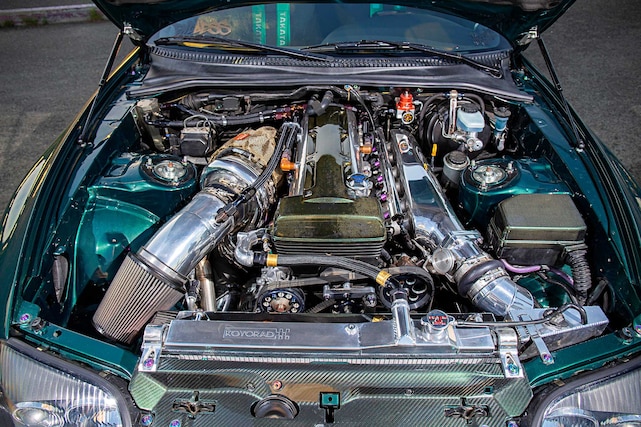 To help match the exterior paint, a hint of green pearl was mixed into the clear coat on all of the carbon fiber pieces.

The interior has been refreshed to its former glory with brand new OEM dash panels, floor mats, cluster lens, glove box, and even passenger airbag. The rear seats and door handles have been re-upholstered in black suede while the front seats are Bride Stradia II Japan Venus units. Eric takes control of his Supra with a 360mm Personal Neo Actis wheel mated to a Works Bell hub.

Eric's Supra is suspended on KW Variant 3 coilovers and sits on a set of Work Meister S1 three-piece wheels custom finished with gunmetal faces inside of anodized polished lips with gold hardware. The wheels are staggered with 19 x 10 sizes up front and 19 x 11 in the rear. The two front wheels are wrapped in Toyo R888 265/35 tires up front while Toyo R888R 295/30 tires envelop the rear rollers. Again, there are many more pieces at play here when it comes to the Supra's suspension geometry but his spec list is dense! Though as much as he's done with his Mk IV so far, Eric is far from done. Recently he's become bitten by the half-mile racing bug so he is looking rebuild the motor and push his turbo to it's full capacity of 1,400 horses.

While a 1,400 horsepower, hard-charging beast may seem like one heck of an end goal, for Eric it's just another step in the journey. 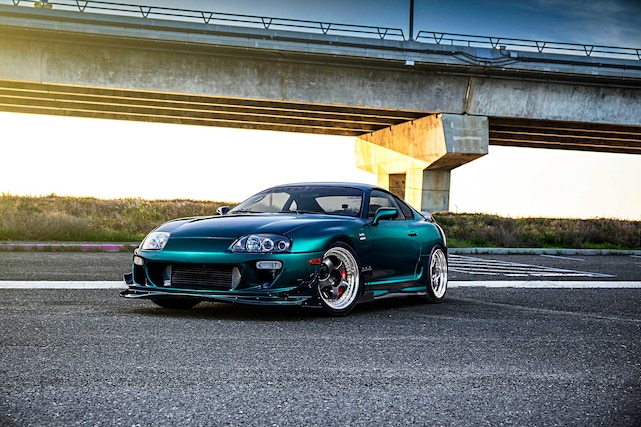 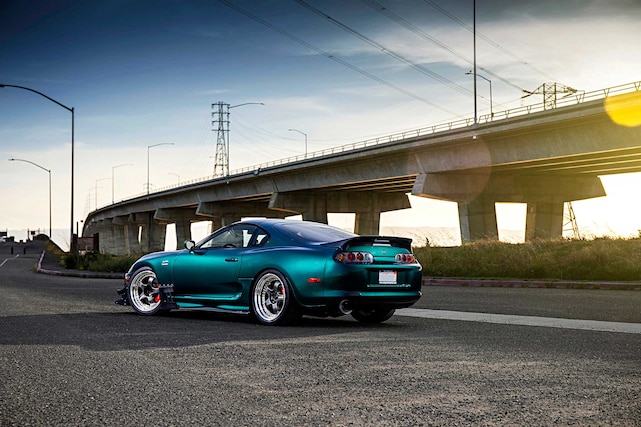