Similar engine to the Civic Type R, fresh redesign, and more features than ever... Is the RDX something that should be on your radar? 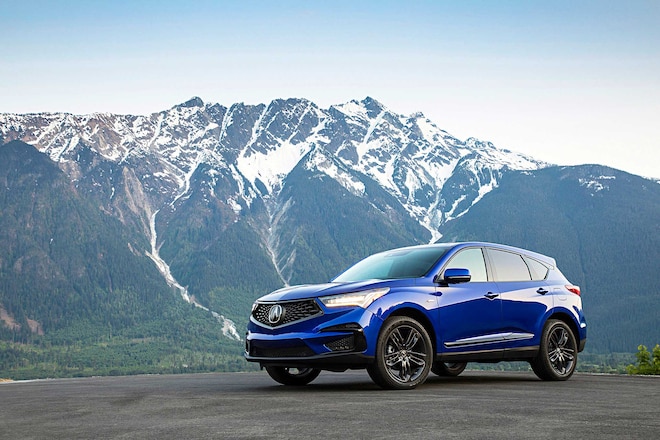 Did you mix up my email address with someone else's? Are you sure you have the right person? These were the thoughts going through my mind as I received an invitation to Whistler Blackcomb (you know, home of the 2010 Winter Olympics) to test drive the new Acura RDX. It really caught me off guard, as I don't have too much business driving an SUV, being the editor of a silly little tuner mag and living in sunny Southern California. But the powers that be at Acura had their reasons: They wanted me to check out their third-gen compact luxury SUV to see if it was truly something car-savvy folks like yourselves might be interested in. 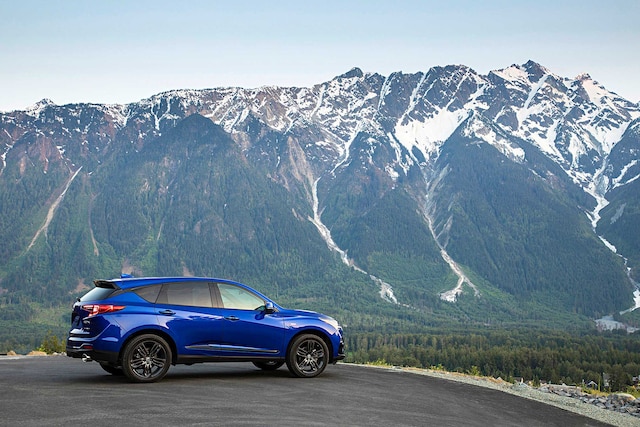 VTEC and turbo? How could you not dig it? The 2.0L, four-cylinder mill rated at 306 hp and 295 lb-ft of torque out of the Civic Type R has taken new form in the RDX. The engine's basically the same architecture of the CTR, however, it's detuned to 272 hp and 280 lb-ft. Though it has less peak power, according to Acura, there are changes such as a smaller turbo and different intake to help with more instantaneous torque and better daily drivability. Speaking of torque, it's a 40 percent increase from the previous-gen RDX in regard to low-end power starting from 1,600 rpm. Helping with downshifting and launching is a new 10-speed auto that has a 67 percent wider gear ratio range and 15 percent lower first gear. When asked about a six-speed manual, I was nearly escorted away. Go figure! 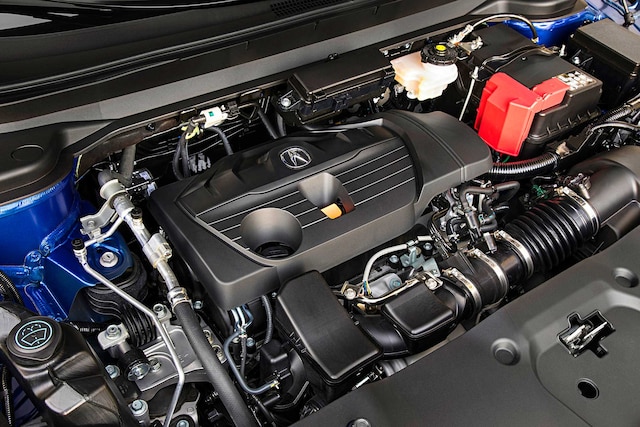 Front-wheel drive is available, but chances are if you're thinking about an SUV, you want all-wheel capabilities. The new RDX comes with what Acura calls "Super Handling All-Wheel Drive" (SH-AWD) with torque vectoring allowing 70 percent power distribution to the rear and 100 percent from side-to-side-meaning your ability to power out of tough road conditions and corners is improved, plus getting the tail end loose is easier (which they let me go bananas on in the dirt).

We had no complaints about the RDX's chassis and suspension. There's a long list of improvements from the previous gen, such as a five-link rear, forged control arms, and new dual pinion steering rack-all of which improve nimbleness and stiffness. For the Advance model, there's even active dampers that consist of various driving modes-similarly used on the NSX and Civic Type R. I felt it wasn't a necessity, but a cool feature available.

The looks of the new RDX invoke a "love it or hate it" type of feeling. It sports a more modern design, longer wheelbase, and wider track, but you have to prefer things like the massive pentagon-shaped front grille and even more massive front emblem. I will say, I don't mind the return of the "Jewel Eye" LED headlights and the all-LED tails. 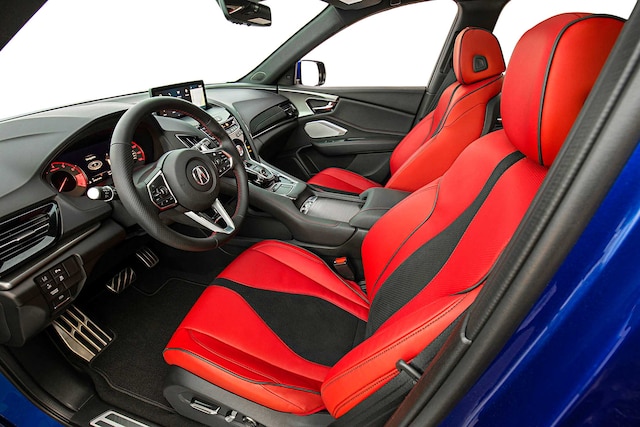 The interior was perhaps one of my favorite parts of the RDX. Touch and feel everything, and you'll notice high-quality materials, including the grainy leathers, brushed aluminum, and real wood. I can't complain about the sporty seats, in fact, the higher models are 16-way adjustable. There's also a 10.2-inch HD display screen and revised touchpad designed to keep your eyes on the road more, and less pressing buttons.

While only offered in the Advance and A-Spec models, there is a 16-speaker, 710-watt stereo that's pretty legit. There're even four speakers integrated into the roof for a fuller listening experience! I actually needed to ditch XM and regular Spotify for 320-kpbs audio files to appreciate the awesome sound quality of this ELS Studio 3D system. 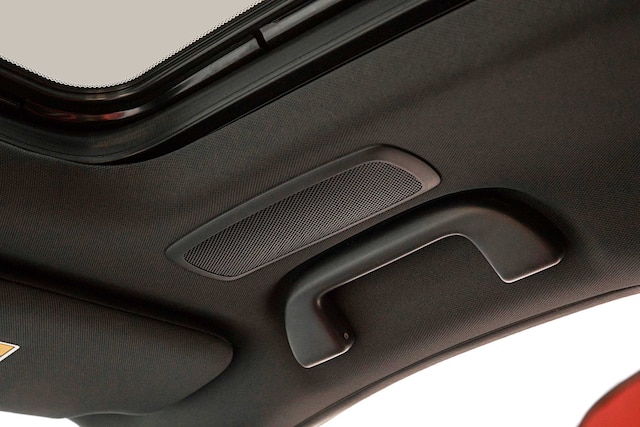 Speaking of A-Spec, it's the trim level Acura plans to offer on all of its upcoming models. It's akin to what M Sport is to BMW, with upgrades in aesthetic form. Some of the selling points of the A-Spec RDX were the LED fogs, 20-inch wheels, blackout treatment, red illuminated gauges, and suede inserts. 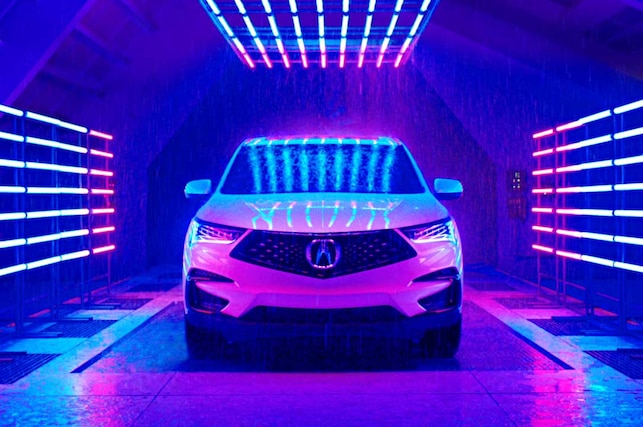 Now, don't go all running to your local Acura dealership quite yet. As I stated earlier, I was shocked to even be invited to this vehicle launch. After a full day on the road, appreciating the RDX's inherited design cues from the NSX, not to mention the turbocharged powertrain from the Civic Type R...if I was in the market for an SUV, this would definitely ping my radar. 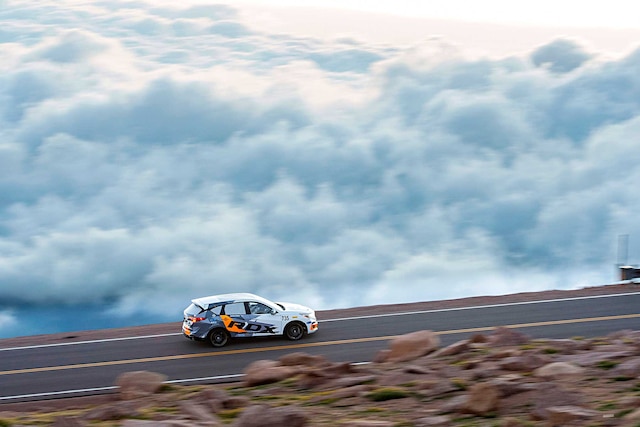 Acura was so gung-ho about its new RDX, a race version was built for this year's Pikes Peak International Hill Climb! It was based on an actual production vehicle, and power was bumped up to 350 hp and 330 lb-ft using a larger turbo and intercooler. To combat turbo lag and the mountain's crazy elevation (14,110-foot finish line), an electric supercharger was thrown into the mix, while the 10-speed all-wheel drivetrain was modified to be more rear bias as opposed to factory. Updated suspension, Brembo front brakes, 19-inch HRE wheels, Pirelli race tires, and a gutted interior complete the modest list of modifications. Driven by Honda R&D engineer Jordan Guitar, the RDX was forced to compete in a shortened version of the Pikes Peak course due to dangerous weather. Jordan finished with a time of 5:29.542; for comparison purposes, about 13 seconds behind a Porsche 996 GT3 on the same course. 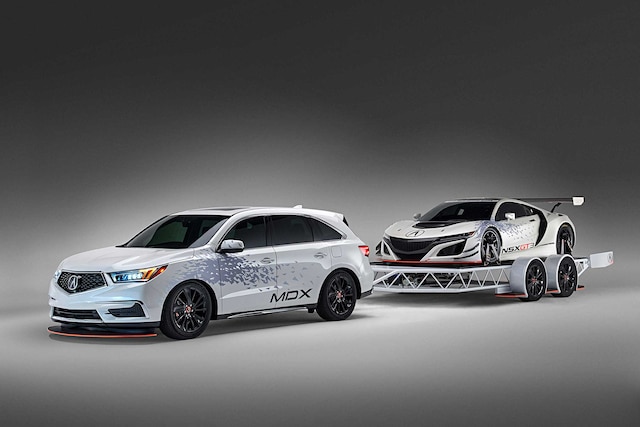 For whatever reason, the RDX reminded us of this concept debuted at last year's SEMA Show where a modified MDX was towing an NSX GT3 race car. Fingers crossed, Acura will be doin' something cool this year to get more people thinking about its newest SUV. 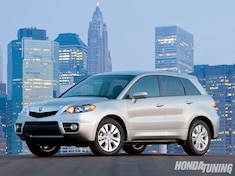