When Ranj Jaaf picked up a Mazda RX-7, there was no turning back... 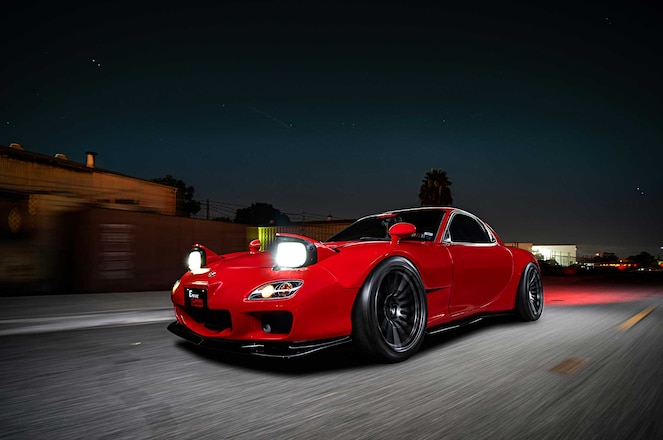 The third-generation (FD) Mazda RX-7 is one of the most popular vehicles to modify among performance car enthusiasts. We've seen just about every shape and form, from drift and time-attack examples to countless V-8 swaps. In fact, it almost feels rare to find an FD without an LS these days! Despite the push for pushrod power, there are still a handful of people appreciating the joys (and woes) of the twin-turbocharged rotary Mazda intended for the RX-7...people like Ranj Jaaf. 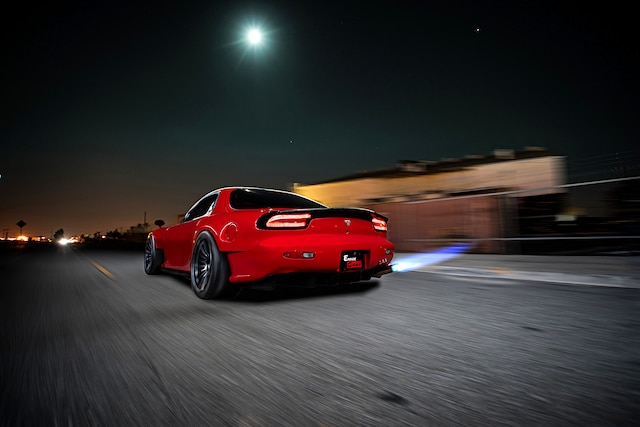 Ranj is originally from Philadelphia, where he owned a Nissan 350Z as his first serious project car in high school. Unsatisfied with the Z, he sold it to purchase a BMW E46 M3, which he didn't own for very long before finding this '93 RX-7. Still relatively new to modifying cars, he wanted to go for a hardcore stance setup with his RX-7, which he felt not many FD owners had accomplished. "I knew I was gonna lower it, put some good wheels on it, and make it loud," he explains. So, of course, the first few things fitted were an exhaust, aggressive suspension, and a stretched wheel and tire combo. At the same time, Plasti-Dip was just starting to take off, so he experimented with the basic colors to create a pearl white finish.

As you can imagine, Ranj's FD was loud in more ways than one, which attracted plenty of attention from other cars looking to race. Sure enough, one night on the freeway, he was playing around with a Corvette. The combination of bolt-on parts without a proper tune, plus the cold winter air left him with an engine running too lean. The 13B-REW didn't survive the race, and he was left with only one of two of its rotors. "I was just pissed at myself," he remembers. And like most of us in our teenage years, he didn't have a lot of dough in the bank to pay a shop to fix everything. He decided rip into the engine himself, even though he'd never worked on a rotary before. 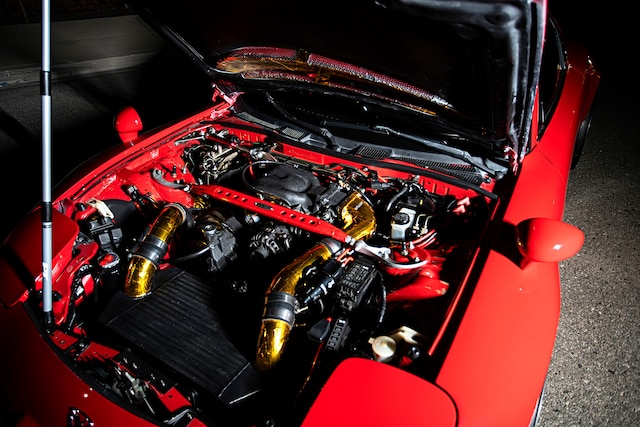 He checked the compression first, confirming he'd blown an apex seal on one of the rotors. After taking a look at the project and doing his research, he realized the rotary wasn't impossible to work on, so he decided to rebuild it all himself in his parents' garage. After five months, Ranj had successfully restored his first rotary, which included new seals and a larger street port. Throw in a pair of new BorgWarner turbos, and he estimates to be in the 350 to 400hp range running 13 psi. "I have fun, but I don't push it until it's warmed up," he explains. "She boogies, it scares me, it makes all the right noises."

Then something exciting happened...the college Ranj applied to in California accepted his application. It was time to move out West, where he wouldn't have to worry about cold Philly winters anymore. Before relocating, he decided it was time to ditch the stance and get wit' the function. The RX-7 received updated aero courtesy of Shine Auto Project, then a local body shop re-sprayed the FD in its original red. While the shop was at it, they also took the opportunity to have the new fenders molded to the body for a smoother look, which also made room for the 18x11 Enkei wheels and 295-series tires. "I was over the stretched look," he says. "I wanted something with big hips over meaty tires."

Ranj upgraded the interior next with a set of Braum Venom seats, then converted the factory tan carpet and headliner to black. Bubble Tech door cards were also a nice touch to give the cockpit a more "race" feel. 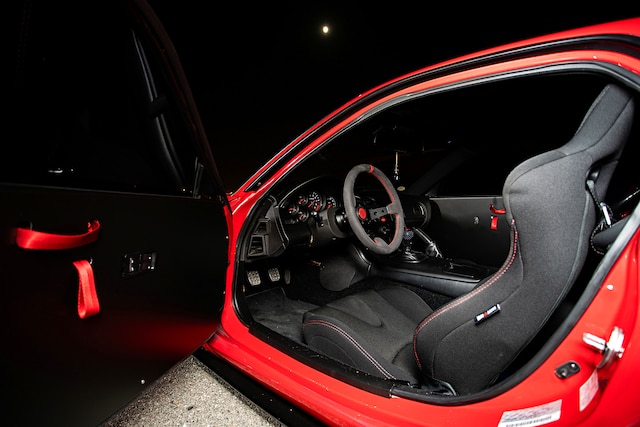 Besides the body and paint, Ranj tells us he did everything himself in his garage, which is quite impressive considering he started the project in high school. He's since graduated from college as a chiropractor, which may explain why he's so hands on and not bothered by most people's reservations about the 13B. "I'm so happy with the way it looks," he says. "And it sounds like an orchestra. The rotary, the BorgWarner turbos, everything works together." The only future plan he has now is a three-rotor 20B engine build-when funds permit, of course. Naturally, that will be something he'll get his hands on as well, and you can forget about any other type of engine swap that's not a rotary.