With so many options for the S-chassis, how can one go wrong? 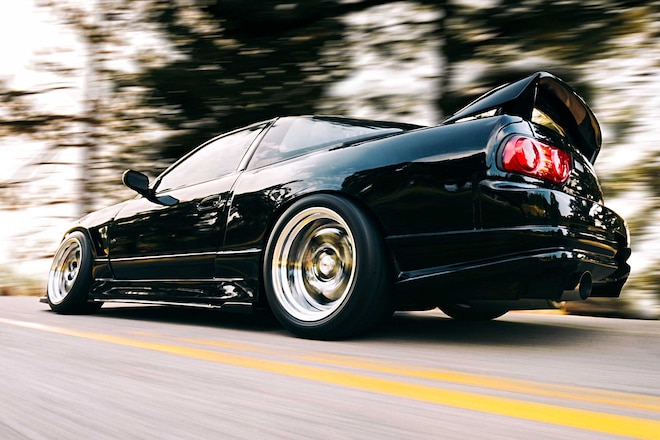 There was a point during the mid-'00s when Nissan's S13 chassis became the "it" platform for enthusiasts to modify. Drifting was the catalyst, and you could take on many different styles thanks to its popularity in Japan. For the money, the car was a great value, with endless potential (and still is). You had the ability to choose your preferred engine conversion, plus interchange parts from newer S-chassis, like the S14 and S15, including front ends. Suddenly, you're able to easily replicate a Silvia, 180SX, or create your own Sileighty or Onevia. 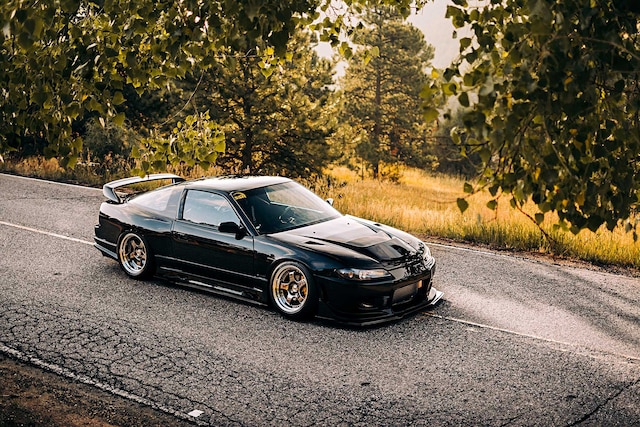 John Tuckwiller's 240SX is a great throwback to that era, with one great exception: It rocks way more new-school technology than we could've ever dreamed of. The exterior work is highly reminiscent of something Signal Auto would've done—the S15 Silvia front end adds sexier curves than the original pop-up (240SX/180SX) or square headlights (S13) people are used to seeing. The rear end is more of your typical look, which I prefer with the Kouki 180SX circular taillights, and has been offset with a modified S15 spoiler that's had its center section removed. John added a handful of Japanese aero classics, such as a C-West front bumper, Spirit Rei carbon-fiber lip kit, and Bomex side skirts. "I've had this car for nearly 12 years, going through different transformations," John says. "But no matter what, building around the S15 front end and S13 hatch was always the goal."

Though it could've popped a little more had it been resprayed a different color, the smooth and ultra-glossy black lends itself well to the bits of gold found throughout the interior and engine bay—and really, it's still clean and super dope this way. "I've always had this car black, without swirls, and clean like a mirror," John adds. "Gold is a gorgeous color accent, but so are titanium and carbon. Now you get a better understanding of my vision." 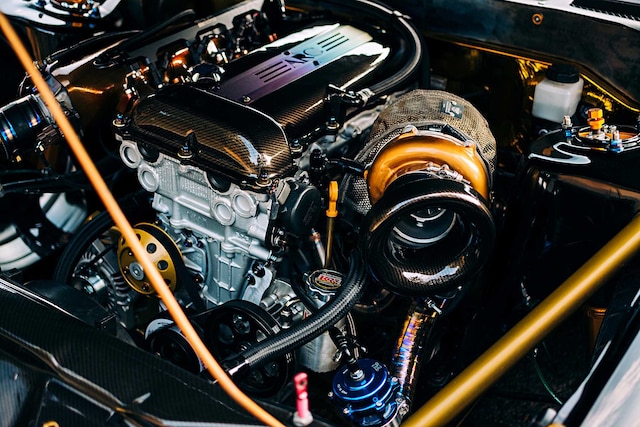 Inside is where things start to get interesting. The custom 'cage work is something different. As the rear section works its way around the back half of the car, there's also more custom body work where the rear shock towers and wheel wells have been smoothed out, connecting to the other points of the roll cage. "Black is a good color to hide something, but it can also show you all the flaws," John says. "Managing it is key. If I stripped the black away, you'd see everything, especially on the exterior. Keeping everything black tones it down, but if you take the time to look, more modifications become apparent." The spare tire well has been retrofitted for the fuel components and what we can only guess are hidden compressor tanks for the air suspension. From the driver seat, one can appreciate the work done to the dashboard (most likely cracked, as it's very common) and AEM gauges mounted to the steering column.

The engine bay sees equal amounts of custom work as the rest of John's car. By selecting an older, more affordable Red Top SR20DET, it left him with more budget to get the necessary parts to build bigger power, including rebuilding the bottom end and upgrading the valvetrain and turbocharger, as well as all its related intercooler and exhaust piping. Gold accenting is strong here, found on the turbo housing, pulleys, intake manifold, and firewall. From the many engine setups he's had over the years, this current setup isn't the most powerful; it's reflective of his decade-long obsession with 240s. "No matter what I did to it, I pushed it hard, whether it was autocross, drag racing, or having fun on the street. The best part was, no matter how badly I beat on it, I always got home." The fuel system is a work of art, though. You want to talk symmetry? This design does lots of talking. 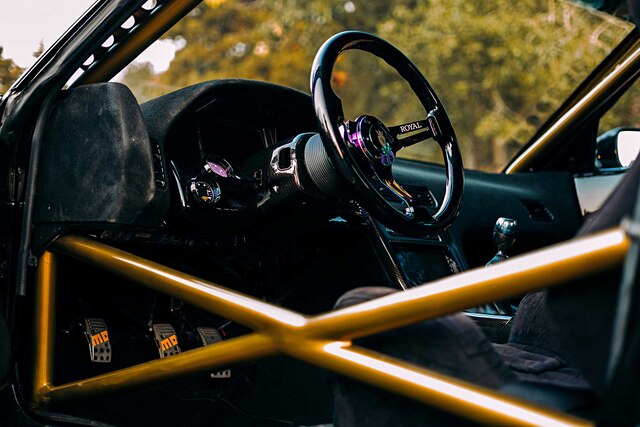 It's hard to figure out how to classify this Nissan. Street? Drift? Show? John is quick to say show. "It's a show car that can compete yet could be an art piece. I have three purpose-built 240s for different functions. The air suspension is so reliable that I can post up at shows, then drive off without having to worry about being committed to the static life." It's hard choosing one, because John's 240SX checks off every box. We have another suggestion: File it under "perfectly executed." 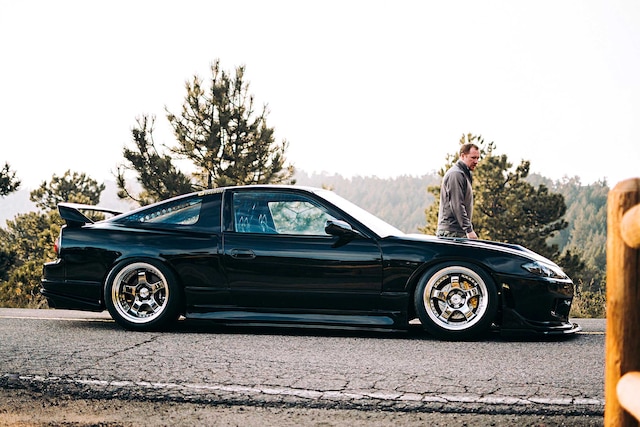 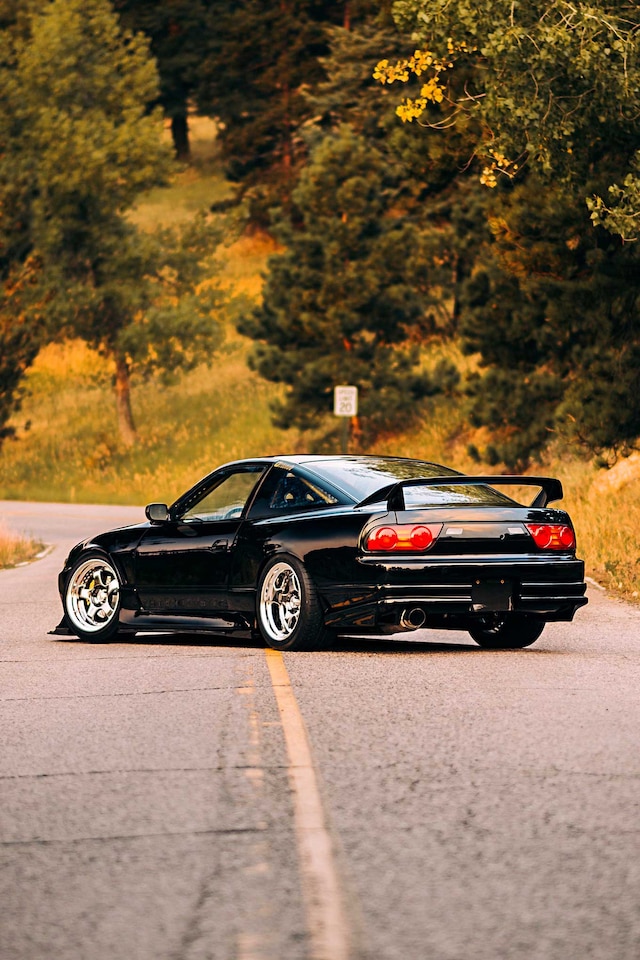 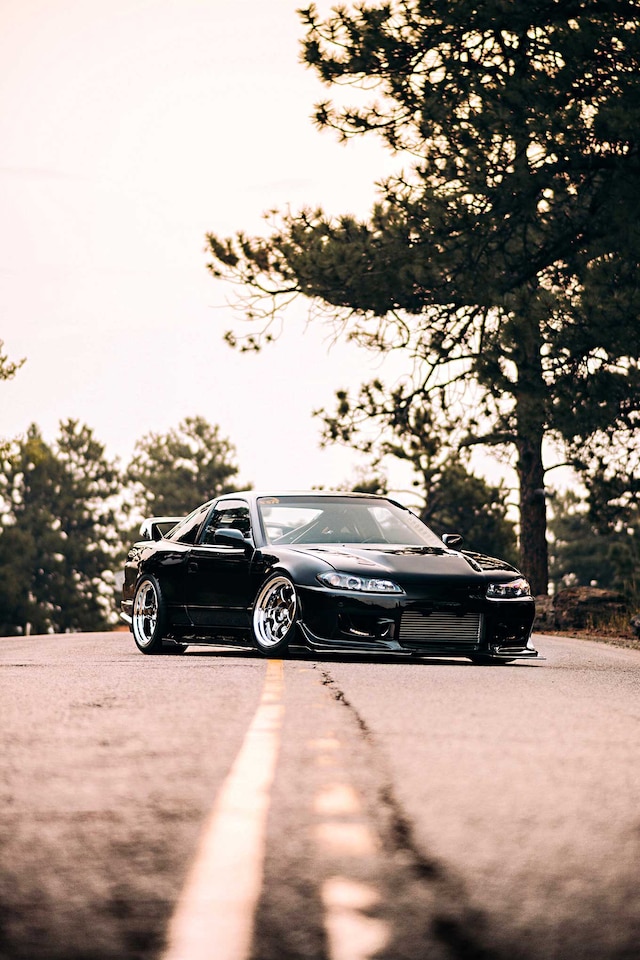 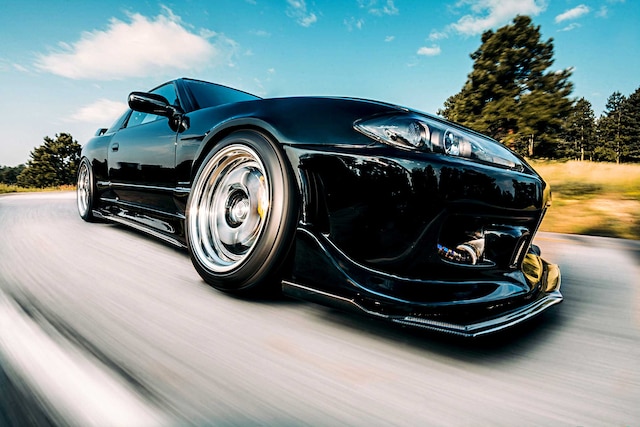