Getting reacquainted with the Datsun 510 wagon - and making it better

It's been more than 42 years since Datsun stopped minting badges for its trio of 510 coupes, wagons, and sedans. It's been almost nearly as long since its parent company, Nissan, axed the Datsun brand altogether—which is precisely why you know very little about the 510, or why someone like John Huckins would go to all the trouble of reviving something seemingly so challenging to revive. 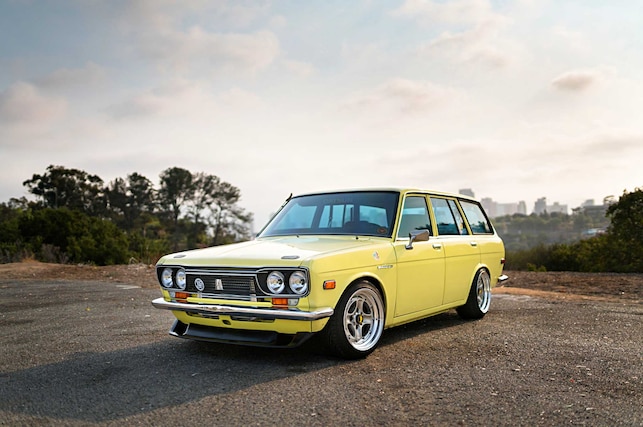 Huckins' reasons, however, go beyond any sort of technical merits any Datsun aficionado could rattle off. "I was in high school, and one of my buddies had gotten himself a black two-door with flares and a built L20," Huckins says about his first experience with the 510. "We used to bomb around the roads of the Monterey Peninsula in that thing all night. Also, having Laguna Seca in my backyard at the time, there were a lot of Datsuns running around town."

Huckins was never about the 510's wonky, old, downdraft-carbureted L-series engine or even something like his buddy's L20, for that matter. For him, it was SR20 or nothing. That's partly because the wagon already had that turbocharged JDM powerplant underneath its hood, but also because Huckins knew Nissan's top-notch four-cylinder was hard to beat. "I bought the car from a friend in 2007, and it had the SR in it barely running," he says regarding its initial state. "It's the common situation where you buy something and you're not satisfied, so I ended up redoing everything twice, then thrice." 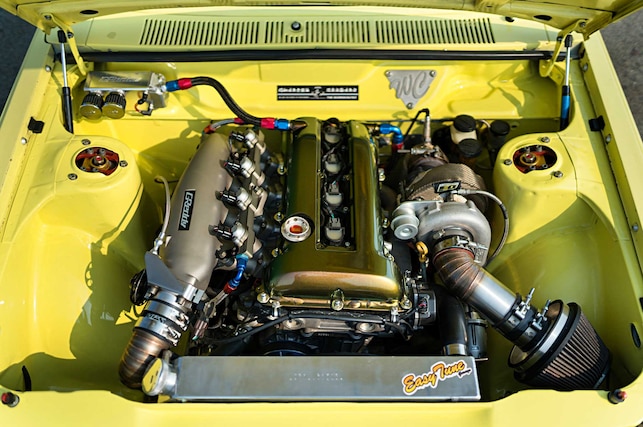 And by twice and then thrice, he's talking about the series of engines and rear ends he's gone through in order to sustain the 300-plus horsepower he subjects the decades-old chassis to almost daily. "I kept eating up the stock rear differentials," Huckins says, "so after the third one, I decided it was time for something serious." Serious in the way of an 8.8-inch rear end yanked from Ford's also-turbocharged Thunderbird Turbo Coupe, complete with a Traklok limited-slip and disc brakes straight from the factory.

The SR shared the same sort of uphill battle, one that started with a throttle plate screw getting sucked down into the engine, and then a few years later ended with what Huckins says was "a dodgy crank" responsible for a mess of spun rod bearings. Like that rear end, though, the Red Top SR ultimately got sorted out—this time with forged internals down below, a heavy-duty valvetrain up top, and a Precision turbo that's responsible for the 275 lb-ft of torque that goes along with that 350 hp. It was an uphill battle, yes, but one that didn't come without any fringe benefits. "I didn't have much experience at all with the SR motor until I had my wagon," Huckins says about how he was quickly thrust from the role of chief engine blow-up artist to lead tanked engine figure-outer. "After a few setbacks and failures, let's just say I'm pretty well versed with the platform now." 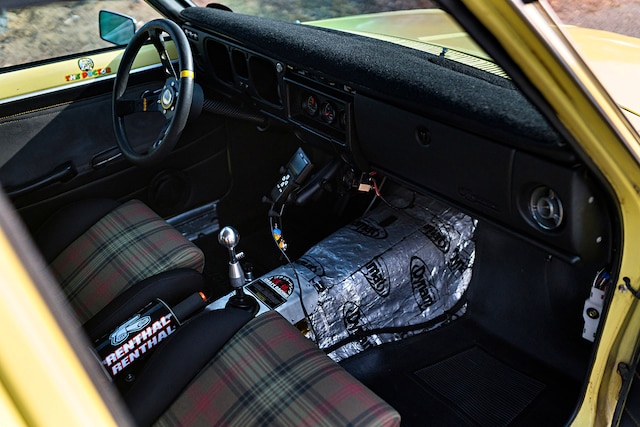 Huckins is also well versed on who to rely on for filling in the gaps he can't, like Rader Performance Machine, which is responsible for the wagon's latest short-block holding together as long as it has. Or the people from Stack of Dimes Fabrication who whipped up things like intercooler piping that'd link up to that turbo and the Mishimoto intercooler. Or Primer Autobody, which has helped preserve the old Datsun's Crusty Sunshine Yellow hue. Indispensable help, all of them, but none of that's to say Huckins didn't play his own role in all of this, which began some 11 years back. "I did most of the basic work because I'm broke, like motor assembly, bolt-ons, wiring, plumbing, and the chassis," he says, "all in my garage.

"I was drawn to this particular car because of the color and the fact that the wagon was the bastard stepchild of the 510 family at the time. Nobody wanted one," Huckins says about what led him to the 46-year-old Datsun family-mobile in the first place. "Plus, the main reason: It's smog exempt." And if we're being honest, there are few good reasons any better than that. 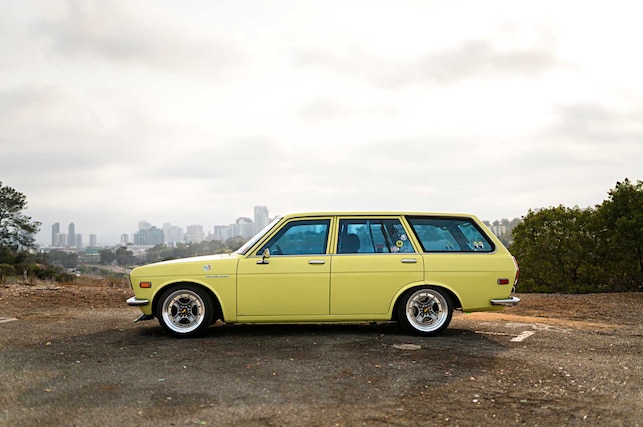 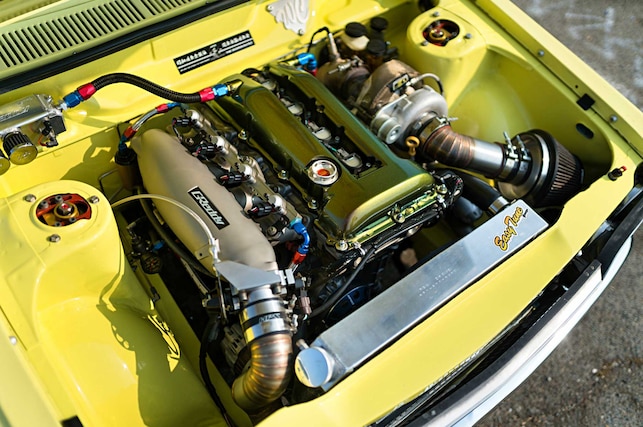 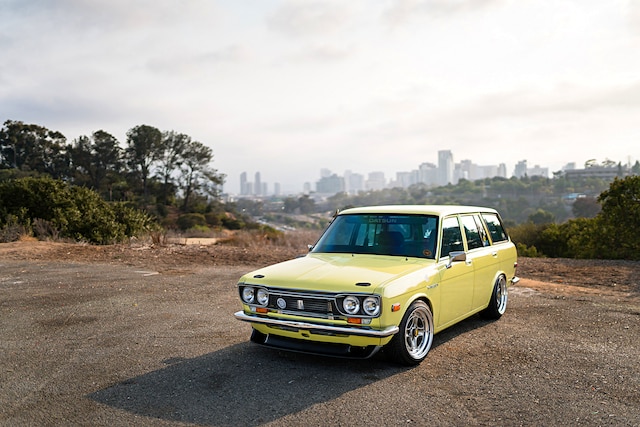