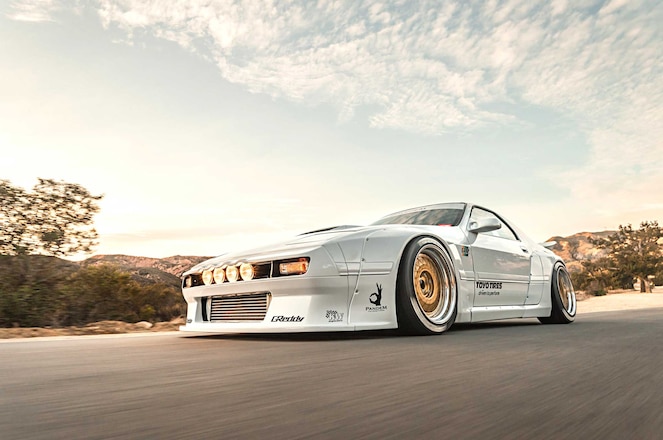 There are more than 1,000 vehicles on display at the SEMA Show every year. To build something that'll really stand out from the rest, you can either go out of this world and do something like put a Ferrari engine in a Ford Mustang (which we did see this year), or you can execute a project car to perfection, which is exactly what GReddy accomplished with its '90 Mazda RX-7. 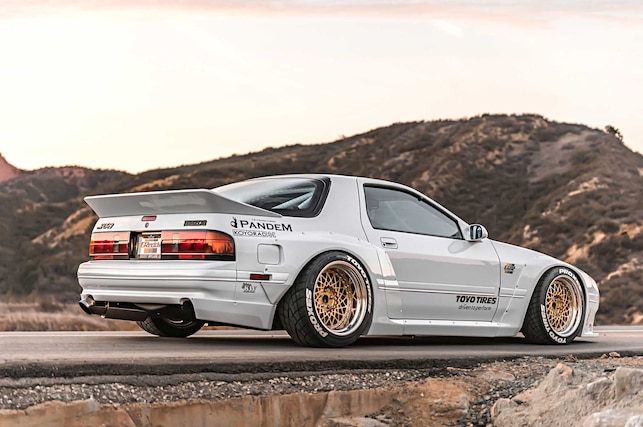 Most of you recognize GReddy as a company that offers high-quality bolt-on parts for basically every kind of Japanese performance car out there. GReddy has been doin' it since 1994 and has been doin' it well. Let's not forget the crew has plenty of experience in motorsport, playing important roles supporting major time-attack and drift teams, such as Ken Gushi in Formula DRIFT. They also have a knack for coming up with some of the best performance-oriented project cars in the scene, and these cars just so happen to steal the show on the aftermarket's largest stage at SEMA. Who can forget Sung Kang's "Fugu Z" from three years ago? The Datsun sported the first Rocket Bunny/Pandem widebody on an S30, was outfitted with a naturally aspirated RB26, and featured custom chassis and carbon-fiber interior work. It was a huge hit at SEMA—not just for Japanese classic enthusiasts, but for any type of car aficionado. Hot rod, domestic, truck, and Euro fans were showing the Fugu Z love, which brings us back to this FC RX-7. We spent a lot of time in the Toyo Tires Treadpass during the four days of the SEMA Show, watching countless people stop in their tracks to admire and take photos of the GReddy RX-7. It doesn't have the longest spec sheet and there's not one over-the-top modification, but it's just done flawlessly and served as the perfect specimen to showcase Kei Miura's latest Pandem creation. You didn't have to know everything there was to know about rotaries or RX-7s; you could simply appreciate it for its brilliant execution and sexy styling. It was truly worthy of our Super Street SEMA Ultimate Award Best of Show, and it's our pleasure to shed more light on the FC's backstory via GReddy President Kenji Sumono.

SS: It's our understanding that this RX-7 was meant to be Kei Miura's personal car.

KS: Originally, Mr. Miura commissioned us to build this car for SEMA. He already had the kit designed before he even had a car. The idea was that he was planning to take it back to Japan in a year or so after we were done with it here in the States. But he decided to build another one in Japan for Tokyo Auto Salon, so he told us to just keep it and do what we want with it. 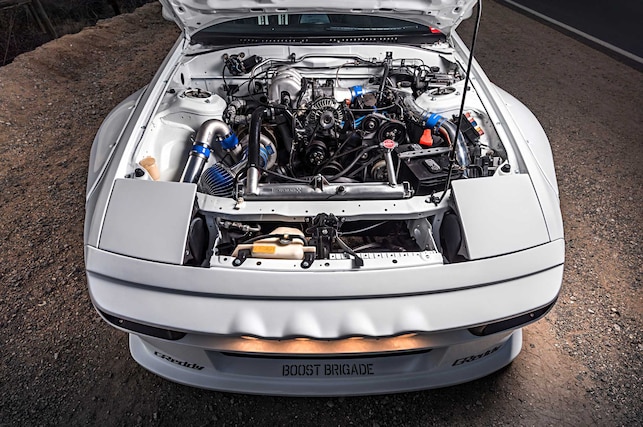 SS: Not a bad car to keep! What's been your relationship with Miura over the years?

KS: I met Mr. Miura at 2012 Tokyo Auto Salon when he designed the first Bensopra R35 GT-R kit for TRUST. At the same time, we were building our drift FR-S for Ken Gushi. He wanted us to use the widebody kit he had designed for the FR-S, but we already had a custom-designed widebody by John Sibal and Mike Vu for the debut of the FR-S. Since then, GReddy Performance Products became one of the exclusive stocking distributors for Rocket Bunny, and we have been working on many project cars together. 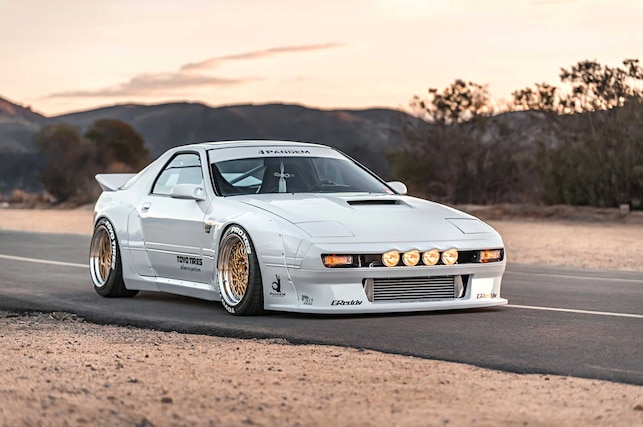 SS: What makes this build special or different than the rest?

KS: This build is pretty simple, actually, and nothing about it is really different or special... But since we kept it simple, it came out clean. We did want to make sure everything under the hood was clean as well, but with proper performance upgrades to represent GReddy since it was all built here at GPP. We went with more of a period-correct theme.

SS: Clean-condition RX-7s are hard to come by. How'd the right car come about?

KS: As soon as Mr. Miura gave us the green light, we started looking online and did find some decent FCs, but they were all over the country. One I really liked was on the East Coast. After asking around, I got introduced to Massi Tawakali who lived in NorCal and had one for sale. He trailered it down to us so it was easier. 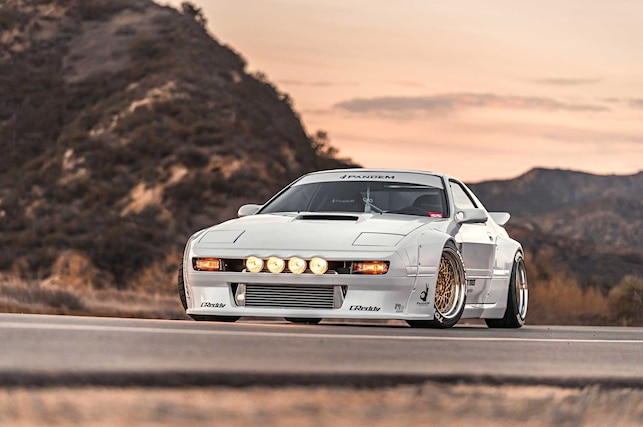 SS: What steps had to be taken to make it a SEMA-caliber build?

KS: Luckily, the chassis was very clean, and it had one of our old GReddy turbo kits on it already. It worked out perfect for the period-correct theme. The car was originally white—you know how much we like white cars lately—but unfortunately, with it being so old, the factory paint was peeling off. We had to completely strip the car to its bare chassis and paint the car inside and out. We fabricated a rollcage, so the interior needed to be pained anyway. The original idea for the look of the car was more of an old-school Mazda Racing theme with a purple, yellow, and white combination. It was very flashy... We posted a rendering on our Instagram when we started the project, but after showing Mr. Miura the car when it was delivered to us, he said let's keep it all white. I think that was the right call! SS: RX-7s are synonymous for motor swaps, in particular LS engines. Why keep it rotary?

KS: I personally don't have any experience with rotary engines. My first suggestion was to put a K24 Honda engine in it... That would have been unique, right?! But I'm glad we kept the rotary in it to keep it authentic. We would have had a ton of haters if we didn't, plus GReddy still does offer parts for FD and FC RX-7s.

SS: Did the 13B require a fair amount of work?

KS: One of the challenges was making sure the car ran after we took the engine out. While taking the engine out to completely strip the car, we noticed the wiring harness was in very poor condition. Since we don't work on rotary engines here that much, we had to make sure we put everything back to how it was while cleaning everything up. Nate Tasukon helped us clean up the harness. Ben Schwartz took all the original engine parts, like the rusted intake manifold and throttle body, and restored them to look brand-new. We took the GReddy cast-turbo manifold that was already on the engine, restored it, and ceramic coated it. This is one of my favorite pieces on the car; it's been discontinued for more than 25 years! Luckily, everything worked out and we were able to drive the car into the SEMA Show. 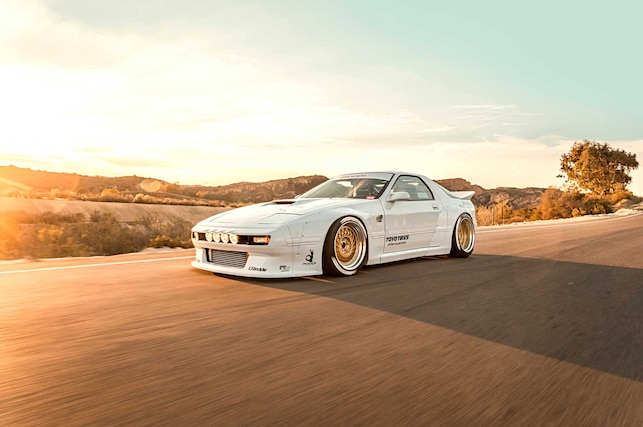 SS: The "restomod" concept has been thrown around with this build. Can you comment on that?

KS: We really didn't have a specific concept for the car, but it kind of ended up being kind of like a "restomod." It can't really compare with the true restomod muscle cars, since those are very meticulously built with more budget. This was more of a low-budget build, but making everything clean. We do like building cars like this, but it was more of a time issue for us. I think most of SEMA builds are like that and most people go back and fix or redo what they didn't have time for. For example, we still need to properly tune the car. 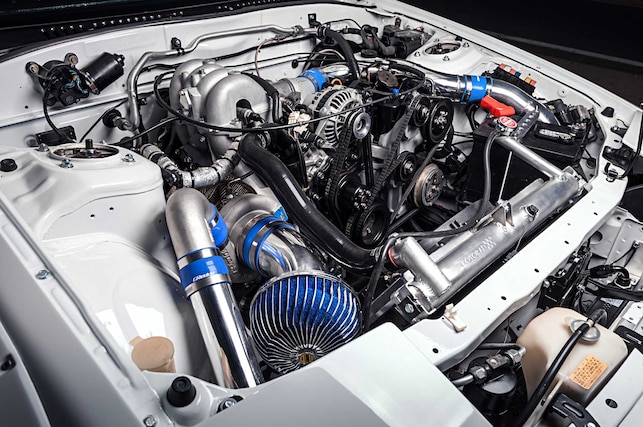 SS: Speaking of tuning, everyone is going to want to know how much power this will throw down.

SS: If you had one wish for this car, money no option, what would it be?

KS: Probably fully build the engine and make some crazy power. Also get some good brake rotors and calipers on it, then take it around local tracks. Who knows...that might be what's next. But we will definitely retune it, charge the A/C system, and take it out to a few local events. I would love to show this car to those who didn't have the chance to see it at SEMA...or I'm going to make some room in my living room and just park it. Haha! 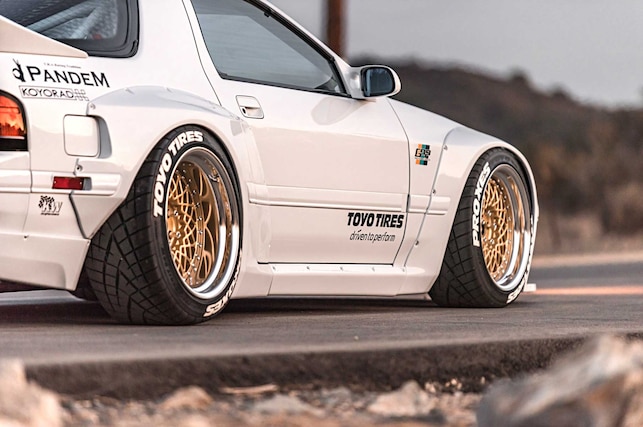 SS: Would you like to give a shout-out to your team that helped make this build possible?

KS: Ben Schwartz was the project manager of this build, and he did the majority of the work, from stripping the car, rollcage fab, body prep, and kit installation to engine restoration and final assembly. Kevine Sanchez set the suspension and ride height to what Mr. Miura requested. Mr. Miura's request was that he wanted this car to be the lowest car in the Toyo Treadpass... Haha! Nate Tasukon helped with the wire harness restoration, and last but not least, Takshi Aizawa helped with the widebody installation after everything was painted and also restored some of the engine parts. 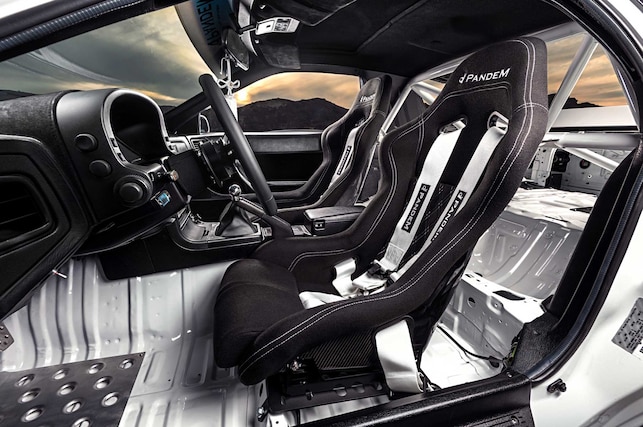 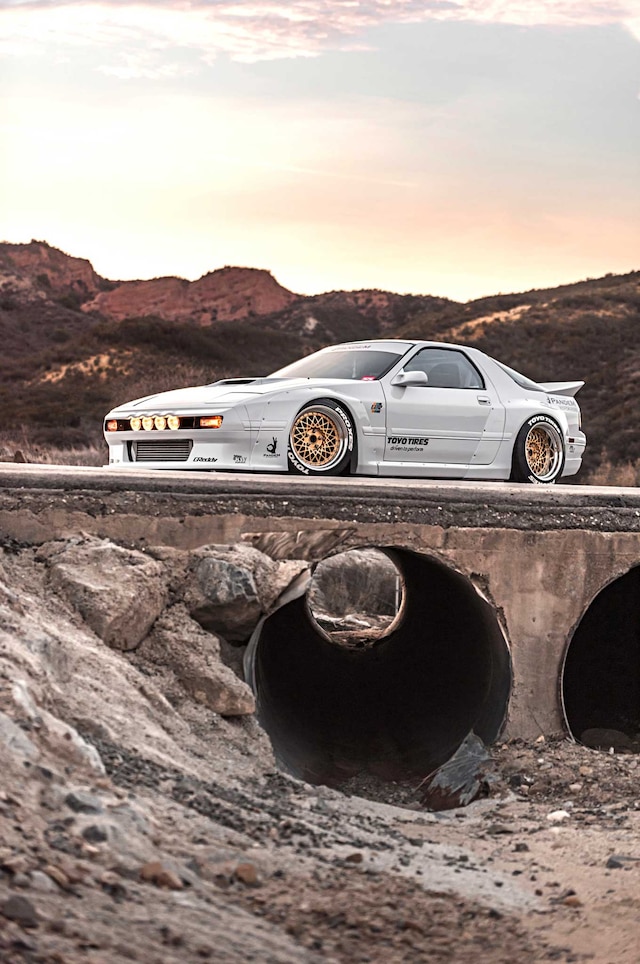 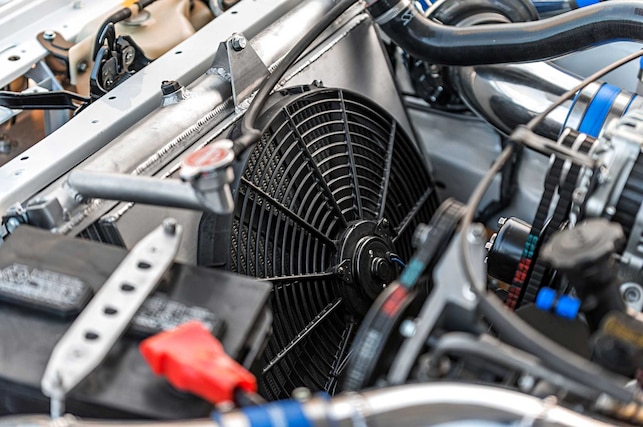