The new gateway to the Lexus brand is this compact SUV. Should you be interested? 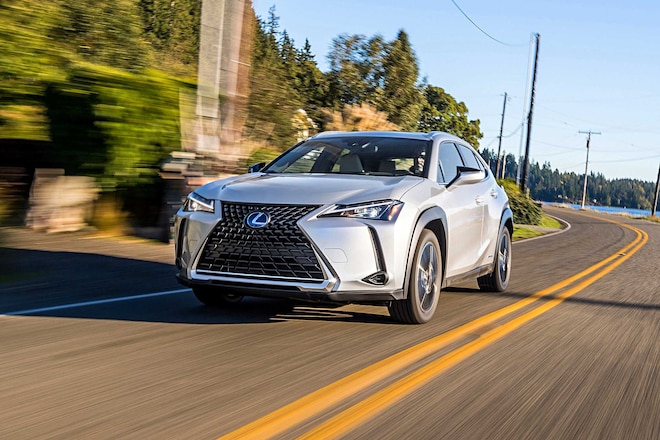 Luxury SUVs aren't something you see a lot of in Super Street. They aren't something you're likely to take to the track, lift and go off-roading, or spend your paychecks on to build your next show car. In the aftermarket world, they simply don't get our mojo going, if you know what we mean. However, that doesn't mean they don't serve a purpose. The luxury SUV category is the fastest growing segment in America, meaning more of your aunties, cousins, and neighbors are ditching their Accords and Camrys for X5s and Q7s. And while many of us don't see Lexus as a leader in performance sports cars, it has always been at the forefront of luxury SUVs, starting from the RX in the '90s, to now, decades later, with the new subcompact crossover SUV known as the UX. 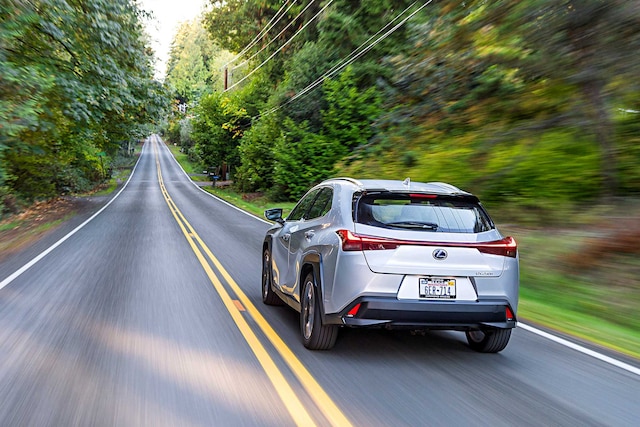 So, should you be interested in this new UX (derived from "Urban eXplorer")? Is it relevant for a performance car guy/girl like yourself? The immediate answer is no. You won't find many fellow enthusiasts around you picking one up, especially when there's no sexy turbocharged engine offered. However, the new UX does have some interesting qualities, that is, if you're looking for a hatchback-like daily driver that's got the luxury comforts and technological advances we've come to expect from the Lexus brand. Plus, it's also officially Lexus' most affordable vehicle in the 2019 lineup. With all that said, here are some of the things we liked about UX, as well as areas where we felt there's room for improvement: 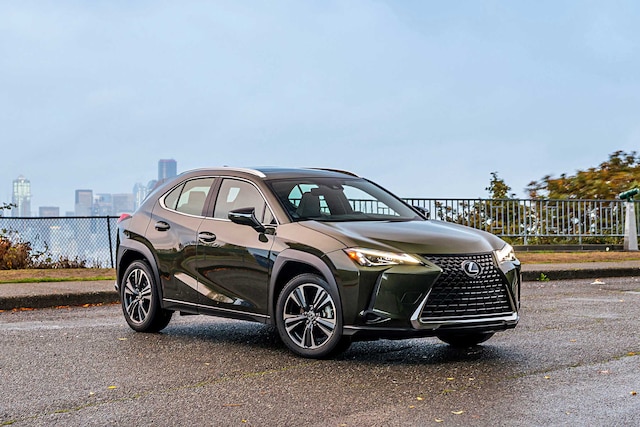 Design. Similar to Lexus' flagship LC sports coupe, one of the UX's best traits is its styling. It's an edgy crossover you can't imagine your grandma driving, only someone "cool 'n' hip" in their late 20s to early 40s. It looks at home in a big city like New York or Chicago, and for its size it's a sharp looking "mini-SUV." We especially dig the use of strong fender flares, its unique 3D front grille, the L-shaped daytime running lights, and, our favorite, the rear tails, which are made up of 120 LEDs. 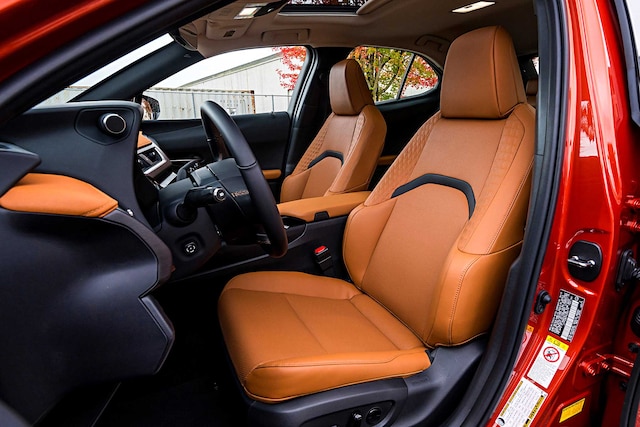 Interior. Lexus vehicles are widely known for high-quality interiors, and the UX does not disappoint. For an entry-level luxury crossover, everything is well thought out from its driver-centric design to its new armrest audio controls, arrowhead patterns, USB locations, cup-holders, and materials. There's even a Japanese washi paper-like texture available for the dash-pretty elegant stuff! As for the cabin noise and legroom, we had zero gripes.

Handling. While it might not be a powerhouse, the UX's handling is superb. It shares the same DNA as its Toyota counterpart C-HR. The UX receives additional laser welding and structural adhesives to increase rigidity. We tossed it around like maniacs during our test drive and can attest to its agile abilities. We should also note that its 34.2-foot turning circle (best in class) is quite handy for making U-turns on tight streets and in parking garages. 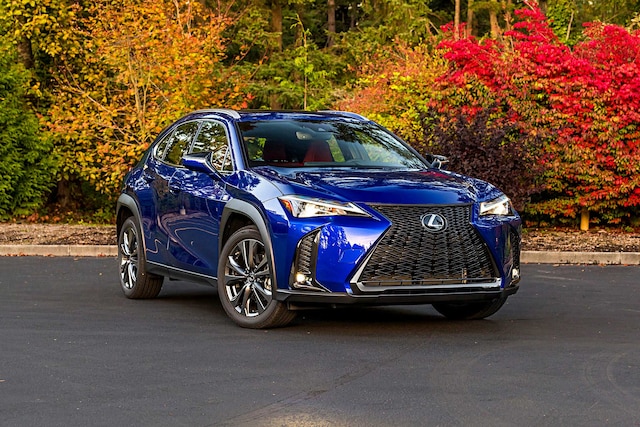 Tech & Options. Apple CarPlay and Amazon Alexa compatibility are standard (thank goodness). Some notable options include a heads-up display, heated/ventilated seats, blind spot monitors, and memory seats. Don't forget to check out the illuminated HVAC knobs and the tailgate kick sensor, though. For the tailgate sensor, all you have to do is sweep your leg underneath the rear emblem and the hatch opens! 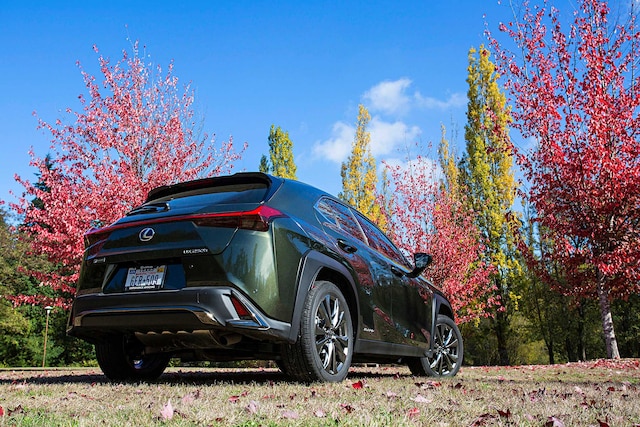 Price. At $32K, the UX comes with a lot of great value you simply can't get with a lot of other SUVs on the market. What's crazy is for $2K more, you can hop into the 39-mpg (combined) hybrid model, which also comes with all-wheel drive. Deals... 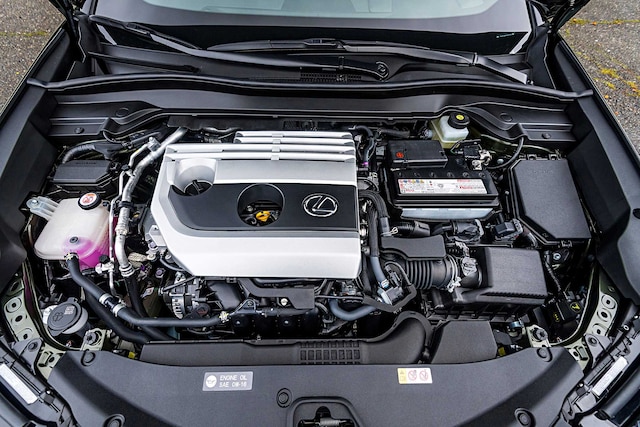 Powertrain. Rated at 169 hp and 151 lb-ft of torque in a front-wheel-drive SUV, the new UX isn't going to be beating many cars off the line. Paired with a CVT automation, it uses virtually the same 2.0L inline-four powertrain out of the new Corolla Hatchback, except heavier. The good thing is that with the hybrid model, you'd think it's slower, but in fact, it's comparable, with 183 hp and a low-speed all-wheel drive that works up to around 45 mph. 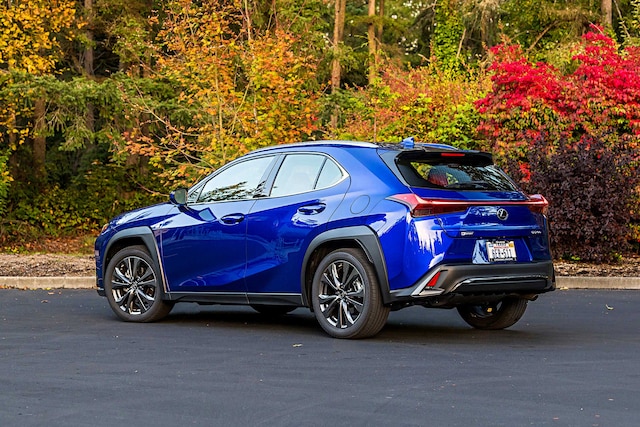 F Sport. Similar to other F Sport models in the Lexus lineup, the upgraded trim is mostly cosmetic and lackluster on the UX. It'll come with black exterior accents, darker wheels, sportier seats, paddle shifters, 8-inch TFT display, "sport-tuned" suspension, and different interior colors. Maybe we just expect a bit more if you're going to brand something F Sport, however, if you plan to drive it more aggressive than not, it might be worth it for the paddle shifters and bolstered seats.

Wheels. On all trim levels, the UX comes with 18-inch wheels. In our opinion, they look too small for this crossover. It's an easy fix, though, as 19-inch TE37s would look right at home. Hint, hint... 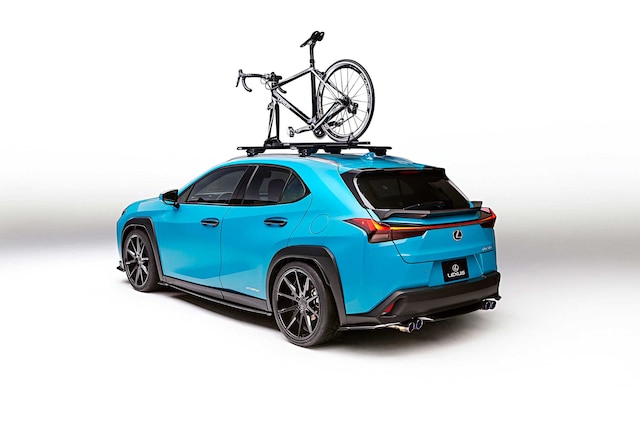 Modding Potential. Our friends at VIP Auto Salon built a UX 250h last year that was wrapped, lowered on Vossen wheels, and equipped with a bike rack to show off its "Urban eXplorer" vibes. [insert photo "VIP-Auto-Salon-Urban-eXplorer" here inset] Lexus wants you to drive it around the city and take it on local adventures, which we feel it's well suited for. It's something you can daily that'll also give you your first taste of Lexus luxury. We can rock with it, except, of course, we'd throw a set of wheels on it. But that's about it. It's something that's meant for young professionals, meant for the big city, and meant to get you from A-to-B while still making you feel good about trying out the Lexus brand. Then, maybe once you're a little more established and ready for a new project car, you can step into something a more juicy, like the RC F or LC! 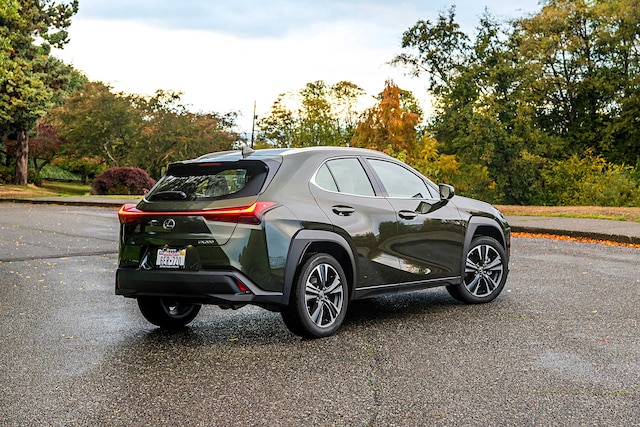 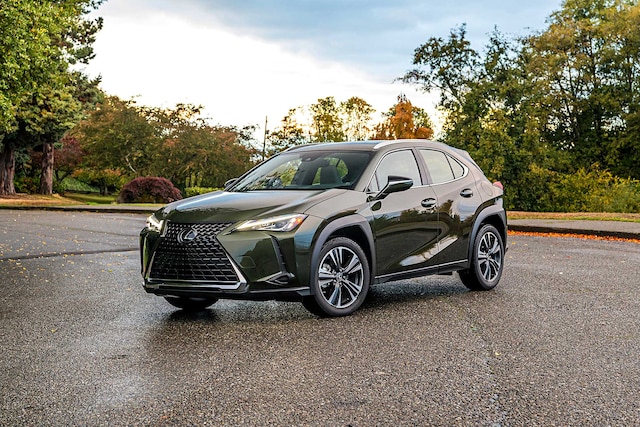