A classic Skyline built so well it deserves a spotlight 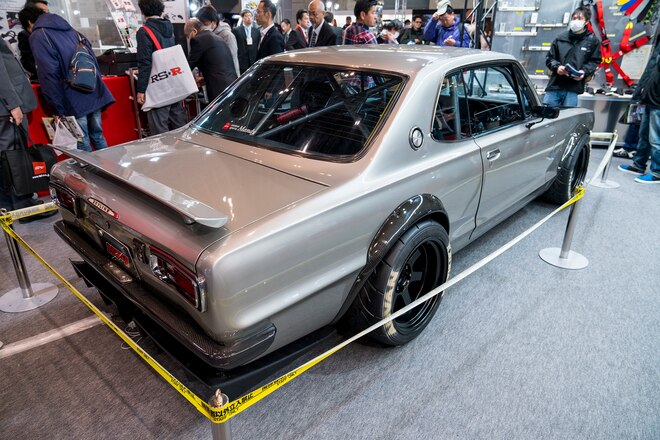 From the minute this Skyline GC10 was loaded into the Makuhari Messe International Convention Complex, it held everyone's attention. And as the set up day flew by and the doors to the 37th Tokyo Auto Salon swung open for show goers to rush through, it became a fan favorite throughout the event. What's not to like? The classic chassis, built by HPI - a brand that some might recognize from the Japanese brand's competition and safety gear line up that also extends into exhaust components and suspension - has everything you could want from a restomod that takes no shortcuts. 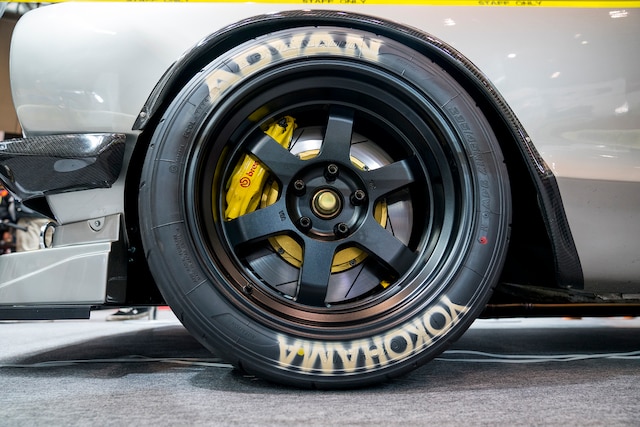 Attached to the immaculate paintwork on a blemish-free body is a Custom Sports Mandy front spoiler and rear diffuser finished off with carbon fiber that carries up to factory-shaped carbon bumpers and overfenders that sit above TE37V. Behind the deep dish rollers are Ferrari F50-spec rotors with Brembo calipers. 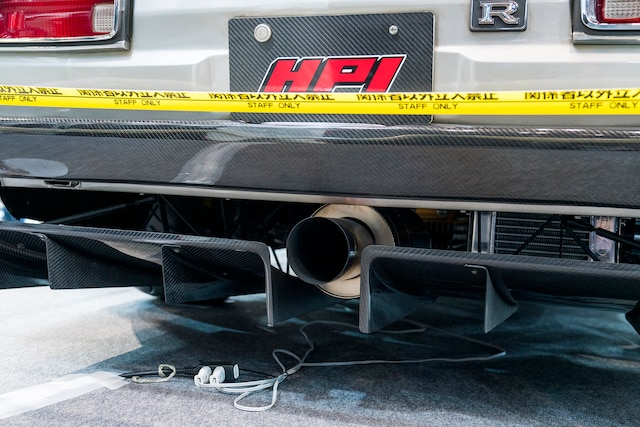 The L28 that powers this Skyline now makes 320hp thanks in part to 3.1L displacement laced with Komechi pistons, a Tomei cam and Solex 50mm carbs. HPI's Evolve cooling components were used throughout, including the side tank oil cooler, radiator, transmission cooler and tucked under the rear, behind the diffuser, is a differential cooler. 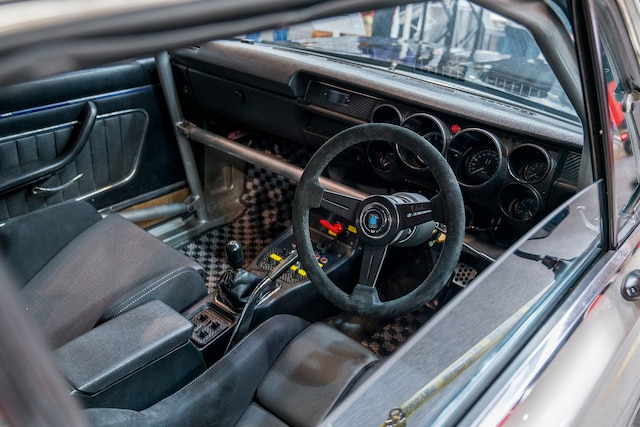 Inside, a custom cage with removable door and front bars snakes through the cabin and surrounds a set of Recaro buckets and Nardi wheel combined with a mix of OEM, refurbished and aftermarket dash components.

Our man in Japan, David Ishikawa, captured the photos and a quick video clip of one of the cleanest GC10s you're likely to ever see. 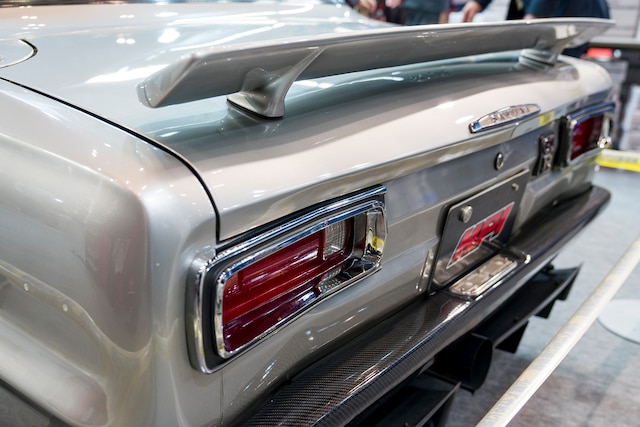