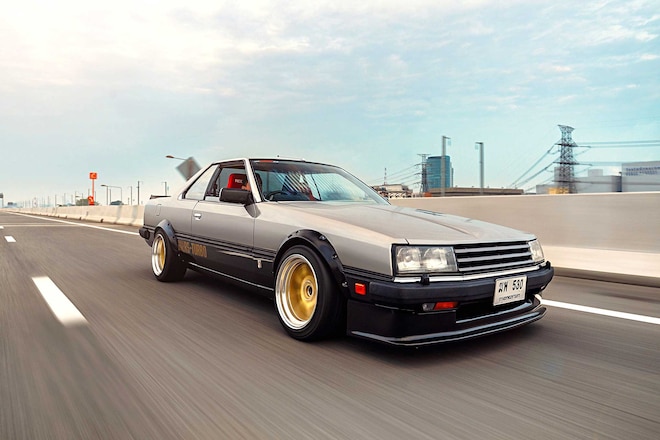 If you're nestled comfortably within the bosom of Super Street's demographic, or perhaps a little older but still constantly plagued by car nerd thoughts and spending habits, then there's a pretty good chance you still want to build that car you were infatuated with during your high school or college days. For whatever reason, it never happened, and in the wake of multiple builds since those late teenage scholastic endeavors, you've always had an itch to find a decent version of "car X" and turn it into the exact daydream vision that haunted you when you should have been paying attention in class. We've all been there, and for a select group of enthusiasts circumstances sometimes evolve and the stars align well enough for "the one that got away" to materialize later on down the road. 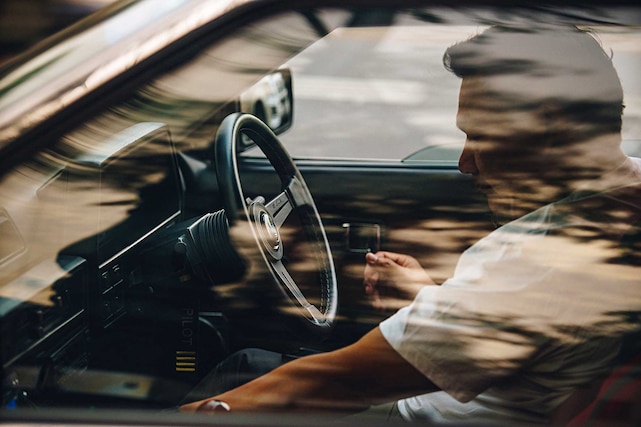 Chanin Pinkulbut, or Kong, as he's known, is all too familiar with the concept. His high school years in Thailand included a healthy fascination with Nissan's Skyline. That shouldn't come as a surprise to anyone seeing as how the Skyline family is a dream car for many the world over. What might be surprising, however, is the fact that it wasn't the R32 Godzilla, the refined R33 or more modern R34 that Kong was after, but instead an '80s era R30. 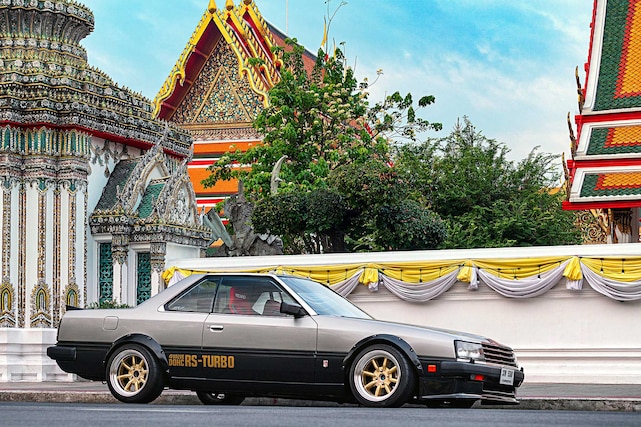 The R30 was an interesting lead into the "R" series of Nissan's that have the captured the hearts of enthusiasts for years. In addition to the coupe body style that you see pictured, a 4-door option was available, and don't forget about the hatchback and the wagon that were also marketed during the "Back to the Future" era. 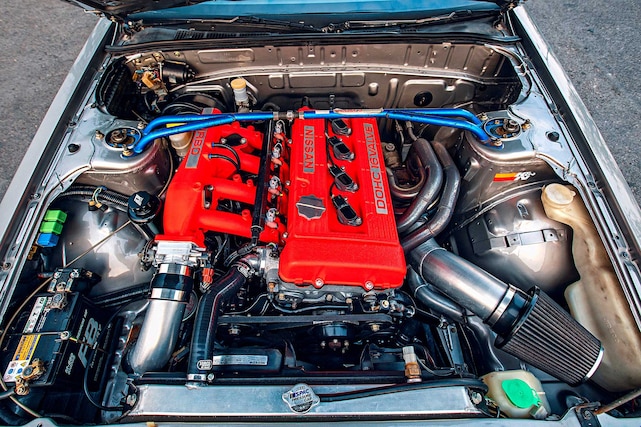 Three years ago, the opportunity to get his hands on this '84 model had Kong reaching for his hard-earned money, and in no time it was in his possession, demanding his attention. His idea was to put together timeless build that stayed true to the roots of the R30, rather than trying to completely modernize the chassis or chasing lofty quadruple digit power numbers.

Under the hood you'll find an FJ20ET that's been mildly reworked by way of Wiseco pistons on the bottom end and up top; a curvy Pon exhaust manifold hangs a GReddy TD06-20G turbo that see's its air cooled by a Blitz front-mount. The simple combo brings the power number up from a rated 200 flywheel horsepower to 360whp. 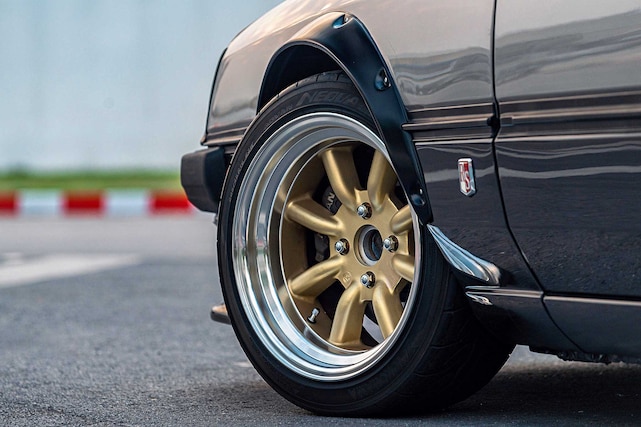 Not wanting to stray far from the boxy, rigid, native lines, Kong added flares to help cover the 16x9-inch rear, 16x8.5-inch front Watanabe R-Type wheels and Yokohama AD08 tires. Up front you'll notice the lip that takes over a quarter of the bumper space, a piece that Kong acquired early on from Japan, though he has no idea who originally manufactured the sculpted piece. 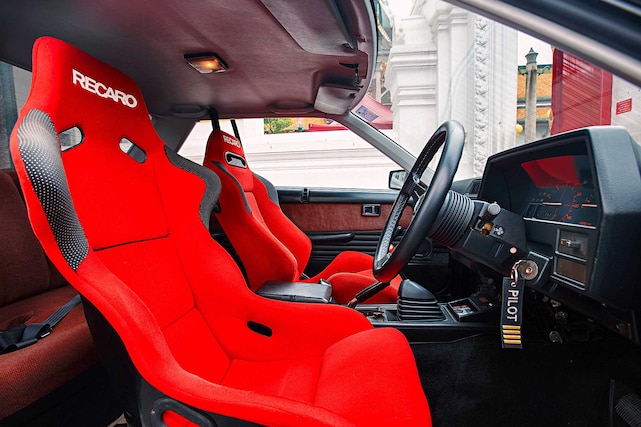 No Skyline would be complete without proper seats, and in Kong's case a Recaro SPG fixed-back bucket replaced the dated driver's seat, and for shotgun, an adjustable SR3 is bolted in place. A Nardi steering wheel and an ode to Dragon Ball Z in the form of a shift knob are the only other changes to the classic interior. 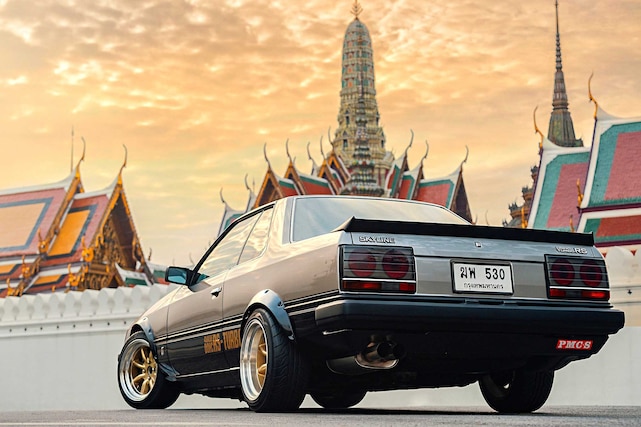 Not everyone gets to go back in time by finding and buying their dream car and making it a reality. Whether it's a lack of funds, garage space, or any of life's other obstacles that seem to pile up with age, taking on a restomod isn't always in the cards. For Kong, none of those things would have mattered anyway—he was dead set on getting his hands on that high school crush. 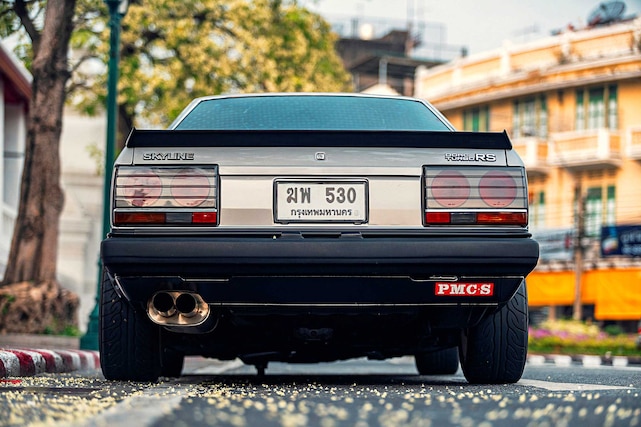 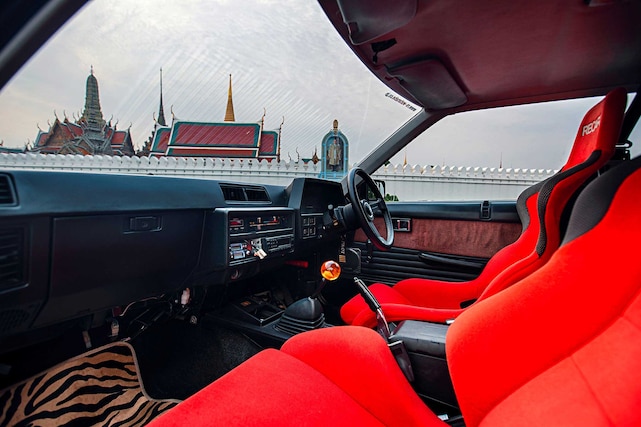 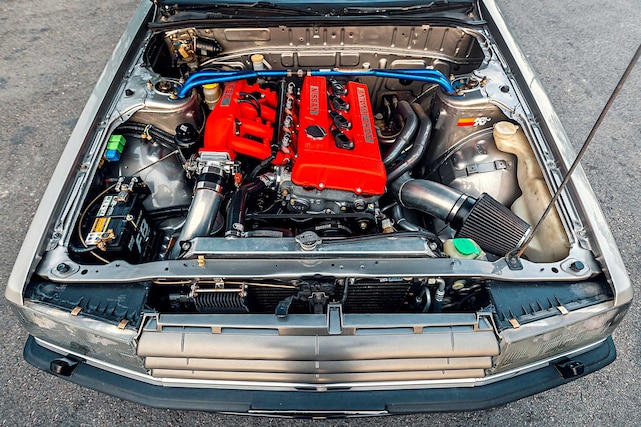 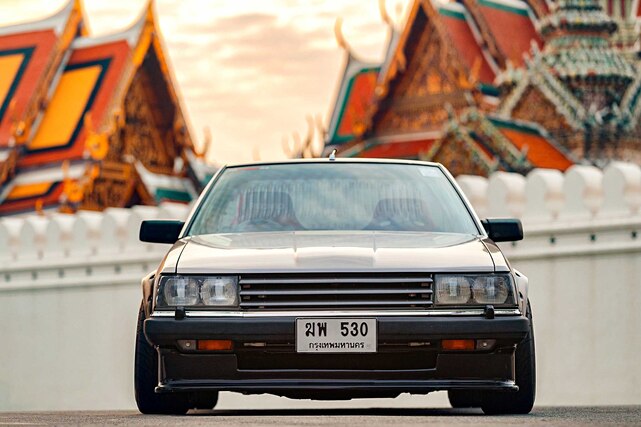