Ultraclean CRX is your JDM ticket back to Honda's golden era 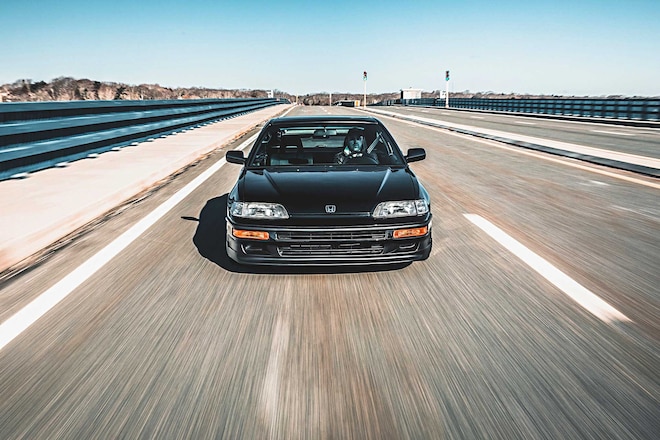 Nostalgia is a powerful driver, especially in the automotive world. Not only do we often pine for vehicular days gone by, but as we grow older we eventually acquire the resources to make the dream cars of our youth the garage queens of today. For so many enthusiasts, project cars double as time machines, metal-and-glass temporal displacement devices that can transport you back to a warm summer's afternoon when life stretched far ahead into the distance and anything seemed possible. That's entirely the case for George Ferreira and his '91 Honda CRX Si. 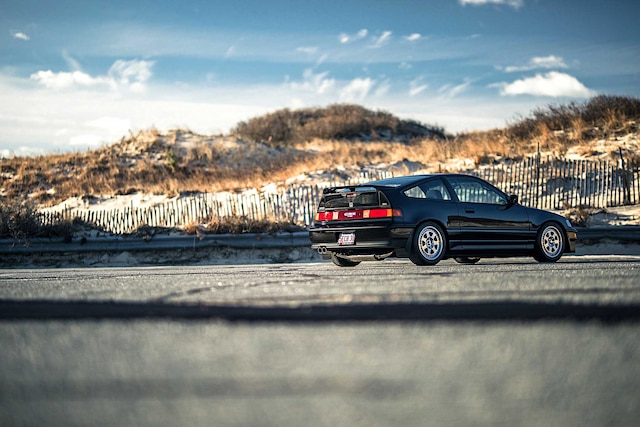 "My very first car in high school was an '89 CRX," the New England native explains. "I went on to own three of them in the late '90s, before getting out for a while and building a VTEC del Sol because I wanted a B-series Honda project—a car I still have in my garage."

The CRX bug would linger, however, and after a few years of stockpiling parts for a car he didn't yet own, Ferreira would pull the trigger on this '91 model he discovered on the CRX community forums. "It had originally been brought up from Nashville, and it was just incredibly clean," he says. "I had first seen the car online a couple of years beforehand and thought, Man, if this is ever for sale one day I would definitely consider it. And then it went back on the market. I drove an hour and a half to check it out and was blown away by how solid and rust-free it was, which is a real rarity in the northeast." George knew he had found the perfect base for his next build, and the work began in earnest. The goal was to keep the car at an OEM-plus level, with much of the focus on the mechanicals rather than eye-grabbing aesthetics. 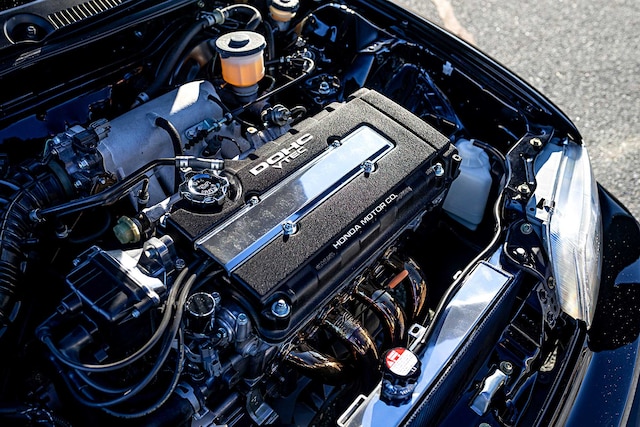 All the glass was removed prior to the installation of a JDM front-end and SiR rear spoiler. A full repaint at County Street Autosports followed, which included shaving the antenna and rear wiper in the process. Replacing all the OEM trim, moldings, and clips finished the factory-fresh exterior. 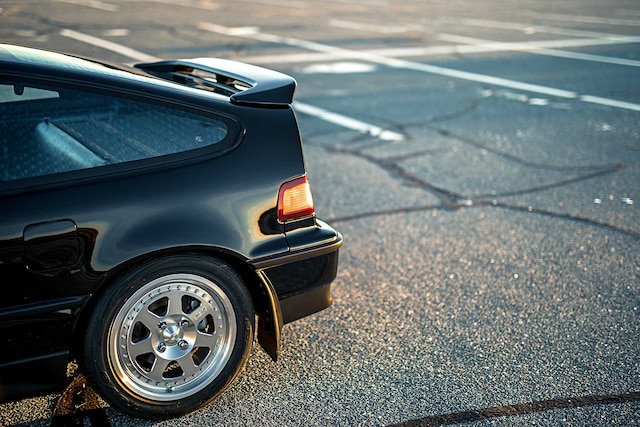 It was here that Ferreira's years of hoarding components paid serious dividends. "Everything factory from this car has dried up, from a trim and body perspective," he tells us. "There's no aftermarket for this stuff whatsoever. At this point, you have to know someone like me who was able to buy what they needed before Honda's shelves were bare. It took a lot of patience to acquire everything, and I sourced parts from as far away as the UK, Portugal, and Japan."

Under the hood, Ferreira (who did almost all the mechanical work himself), went with a B18C engine pulled from a '98 JDM GSR, sitting on Hasport mounts and matched with a S80 five-speed manual, factory limited-slip included. The four-cylinder breathes through a Skunk2 intake manifold, JDM Si-R intake, and DC Sports stainless 4-2-1 header, while staying cool thanks to a Mishimoto radiator. A Thermal classic cat-back exhaust exits via dual tips at the rear. 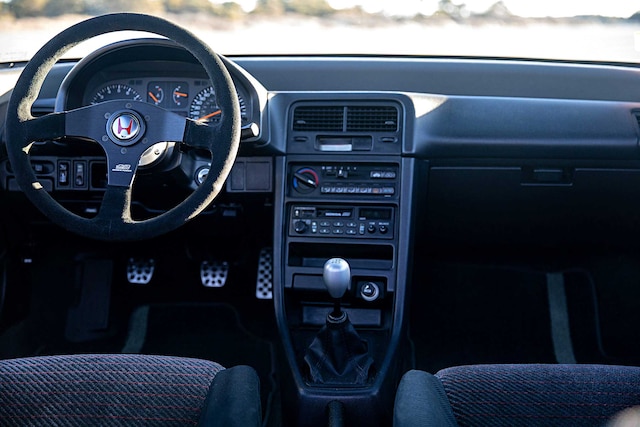 Suspension-wise, things are kept simple and under control by way of K-Tuned street-spec coilovers and Skunk2 upper control arms. The CRX also features a Full-Race traction bar and Hawk brake pads over Centric rotors to haul it down from speed. 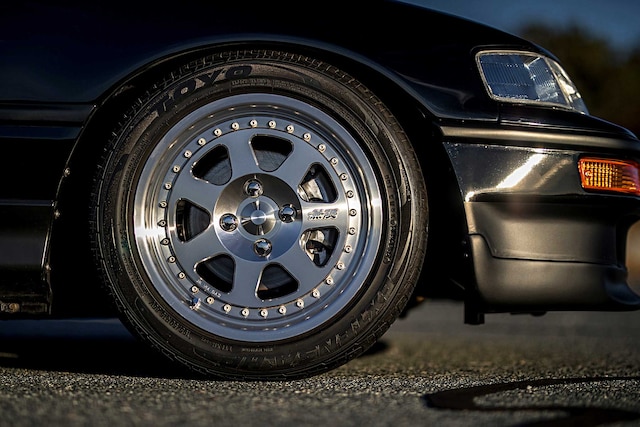 "When people walk up to the car and say 'It's stock,' that makes me happy. They're not noticing all the little details at first glance, which means it's been done very well," he says with a smile. "If you're into Hondas, you'll understand and you'll pick out all the areas where it's been modified. It's intended to be clean and classic, with a look that will still turn heads 30 years from now, and I think I've achieved it."

While George has revealed his Honda hatch is a pleasure to drive, the cabin is a pleasant place to spend some time in, too, featuring a Mugen Racing 3 steering wheel, JDM rear seat conversion, a CRX Vti instrument cluster imported from the UK, and Integra Type R pedals alongside an RSX billet shift knob. 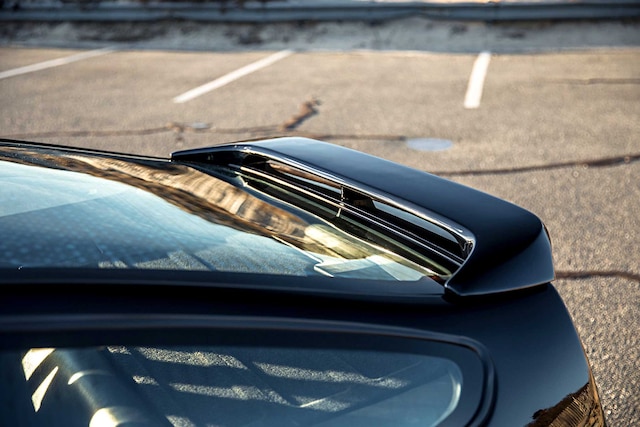 George says he gets great reactions out on the road from people who remember when CRXs were cheap and plentiful and who enjoy approaching him at gas stations and parking lots to share their memories of owning the pint-size hatch. And then there's the time travel. "A lot of the joy I get out of this car is pure nostalgia," he says, the joy apparent in his voice. "It's not an insulated, plush experience like a modern-day ride. When I drive this car, I can feel every inch of the road beneath me. When I want to roll down a window, well, everything's manual. When my son first rode in the car, he didn't know what to do with a hand crank. He'd never seen one before! 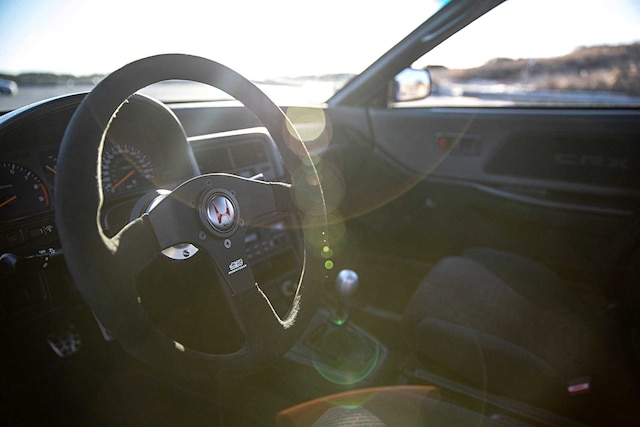 "There's a movement now called Golden Era Honda, and cars from '88 to '00 are really starting to blow up in terms of price," Ferreira continues. "CRXs are triple the price they were 10 years ago, because people who drove these cars in high school like me, or who had them just as beaters, have the disposable income required to pay top dollar when they find a gem out there. I think timing is everything, and if I hadn't had the itch to snag this car back in 2011, I don't think I'd be able to build it to the same level with no corners cut, exactly how I wanted it today."

No stranger to the game, George Ferreira has owned more than 15 Hondas, including this '94 del Sol featured twice in Honda Tuning magazine with two different looks—November 2003 and April 2010.