Low and bold makes a statement at TE Anaheim 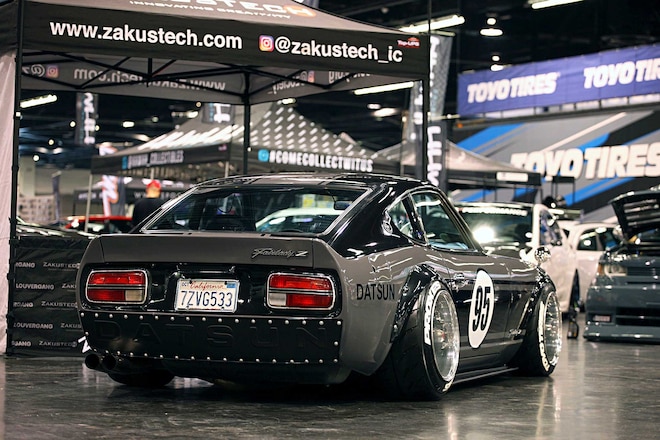 It's about two hours before the Tuner Evo Anaheim doors open to the public and in light of avoiding thousands of people walking in circles while social snacking on their phones and standing right in front of the very cars we're set to take aim at, every minute counts. Sifting through dozens of rows of builds both good, and maybe not so good, I catch a glimpse of this black and grey cruise missile and shuffle in for a closer look. 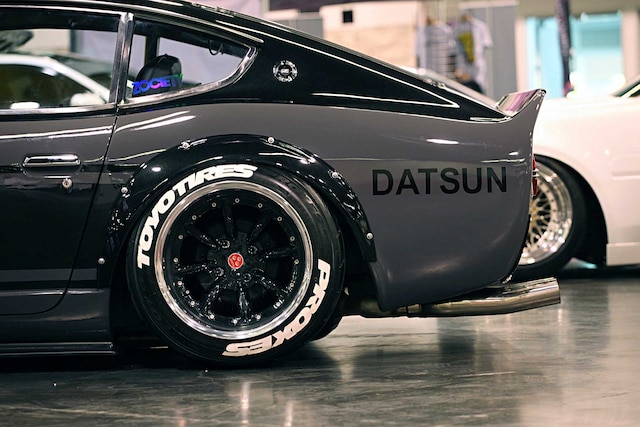 Beyond the nicely executed paint scheme, this Z-car, a '75 model, sits low—extremely low. Rudy Gomez (@95_drifter), the car's owner and builder, has managed to dial in a resting height that highlights the sleek lines of the iconic S30 chassis rather than pushing them aside. To get there wasn't the basic air set up and fender hack job that you've seen a thousand times, but instead a more calculated approach to getting the exact look that he was after. 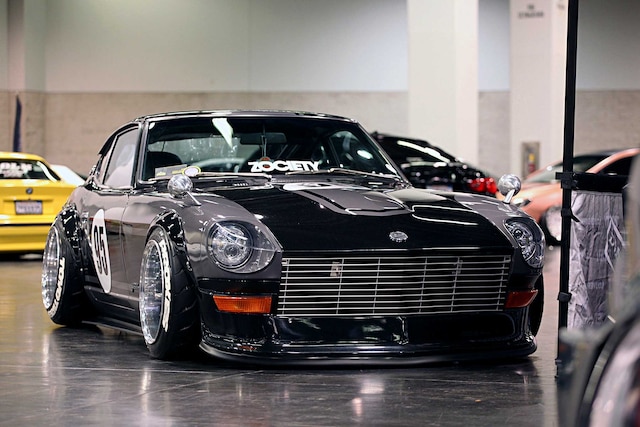 When Gomez first picked up the car, it had 15 years of non-operational status on the books. Rough, but ideal for him to strip and start from scratch in order to fulfill his want to start an old-school chassis project. "At first I wanted a clean, simple, stock body car, but eventually realized I really wanted to have something a little different ... a mix of modern stance and '70s racecar."

For a little assistance on the Datsun's height dilemma, Gomez reached out to @Iceboxxcustoms, who designed an air system to suit the vision he had in mind and essentially had the car sitting on its frame rails. Then it was time to find the right pair of shoes. "I had @love20bee Matt build me the deepest 16-inch Watanabes he could based around the widest possible tires from Toyo." In the end, they measure out to 16x10 -38 up front and 16x12 -38 in the rear. With the wheels on the car, Gomez aired it out, and marked the areas he'd need to re-work in order to keep the ultra-low stance, then added 2- and 3-inch flares before completely tearing the car down. 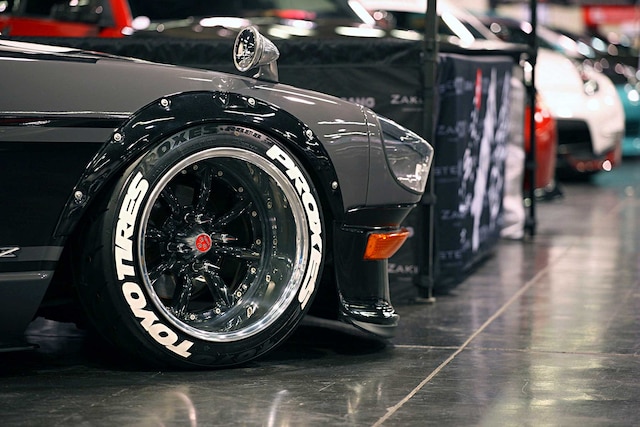 Using his bodywork skills, Gomez shaved the Z's sidemarkers and molded in a custom decklid spoiler. Instead of opting for a roll pan, something he's seen time and time again, he got creative and trimmed a Datsun pick-up tailgate to cover the original bumper area, leaving the hardware exposed. After prepping the rest of the body, it was time for paint. He adds, "I decided to lay down this unique pattern that I saw on a car from Japan, but I changed the colors to a more sinister combo of Stealth grey and Metallic black!" The painting process took him about a week and the results speak for themselves. The dark colors sweep across the car's body seamlessly, broken up only by the Watanabe's incredibly deep lip design. 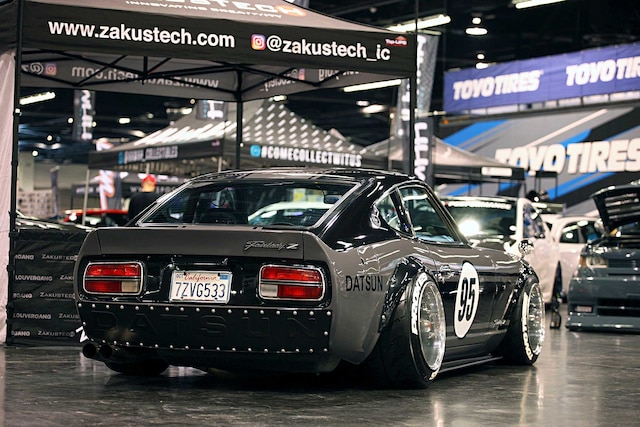 The paint, extremely low and aggressive stance, and overall execution of this 280Z made it one of our favorites from Tuner Evo's 2019 SoCal tour stop and we're looking forward to what he has in store for the future. Currently the engine runs in stock form, but not for long, as Gomez hinted that he's been stacking parts for quite some time and has plans to attack that portion of the build next. 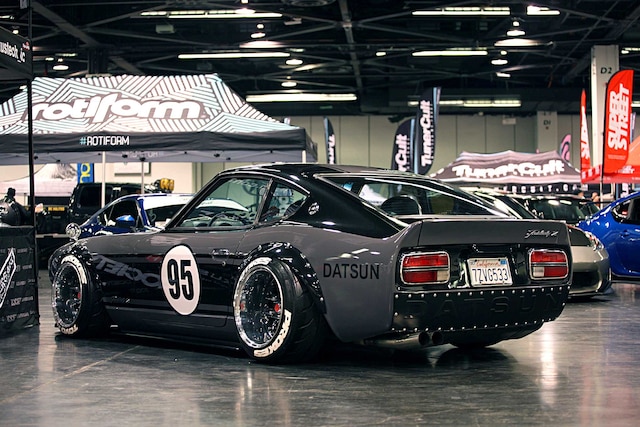