Over 800 reasons to stick with rotary power 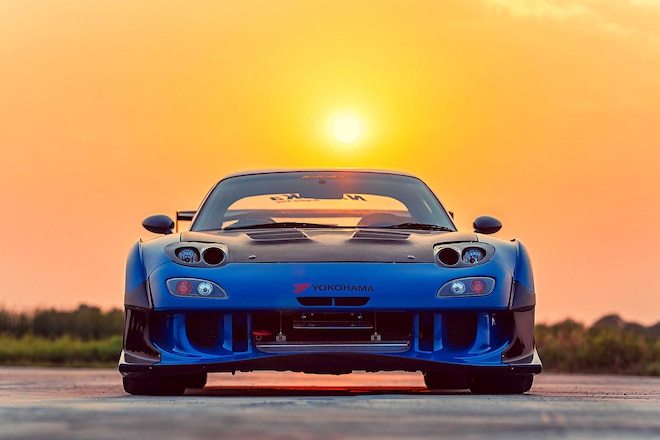 As age old as hot rodding itself, picking sides in automotive circles is all but required, especially when it comes to the subject of engine selection. To swap or not is the nagging question that hangs over the heads of just about every enthusiast at one point or another, and like most things in the custom car building world, there's always two sides more than willing to argue their side to the death. Whichever end of the spectrum you reside, whether its making due with your vehicle's original heart or sourcing something entirely different, rest well knowing you've got options. 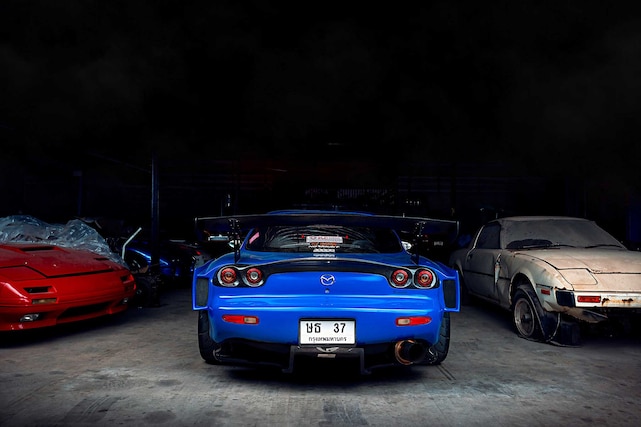 Consider yourself lucky, because those options that people love to argue about on the regular along with the clever installation kits and endless how-to videos set you light years ahead of what those in the '80s and '90s were dealing with. Still, even with all of the compatibility and availability just a phone search and credit card number away, many opt to stick with native power - and that includes Ronnarit Imsamut, owner of this '00 RX-7. 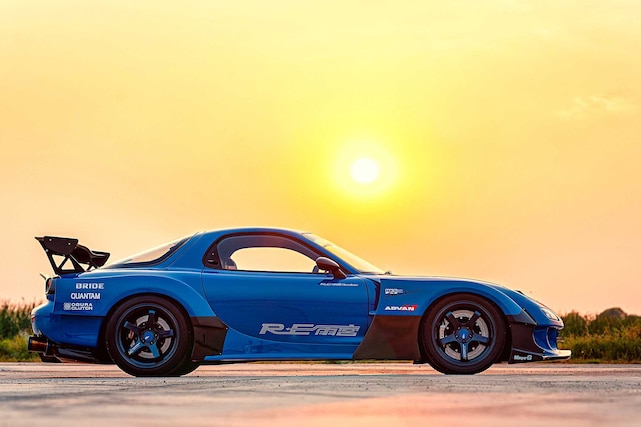 A certified rotary fanatic, Ronnarit already had his hands full with a big power rotary RX-7 FC that he'd converted into full drag race duty. For the street, however, he wanted something a little more refined, aftermarket friendly and able to make some impressive power numbers with a touch of rotary magic, and the FD3S made perfect sense. 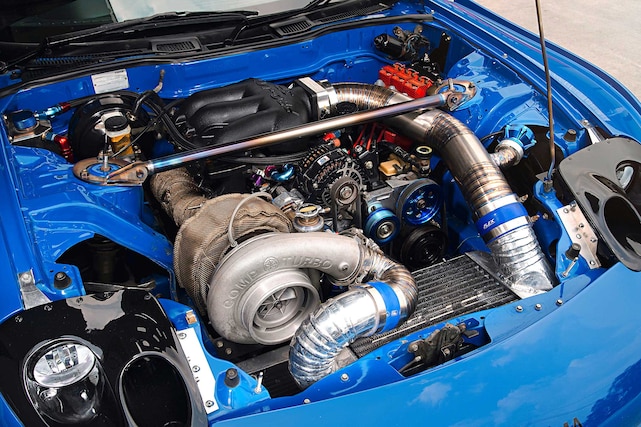 The LS swap that you almost expect these days or the RB26 transplant that's been done in Thailand plenty of times before weren't options that Ronnarit even considered. A die-hard, it was rotary or bust, but rather than keeping and building out the factory set up under the hood, he went full bore with a 20B swap but not until after it was thoroughly massaged by his friends over at P&C Garage. 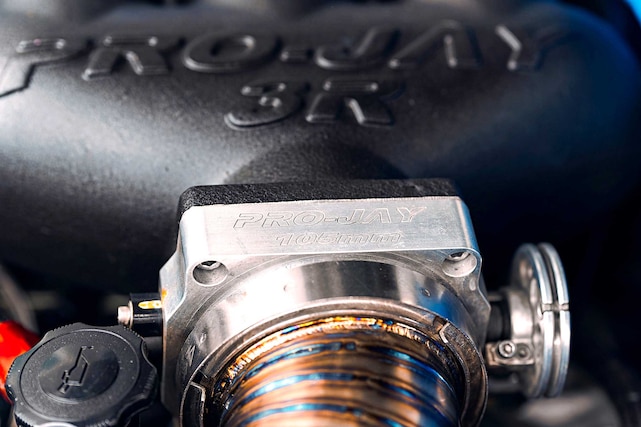 What you can't see are the P&C Garage Apex and corner seals, the semi peripheral port they performed, or the billet shaft that was used. What you can see, however, is a Projay intake manifold that connects to a 105mm billet throttle body and is fed by custom, pie-cut titanium tubing that leads to a Trust intercooler that shares its V-mount positioning with a Koyo radiator. 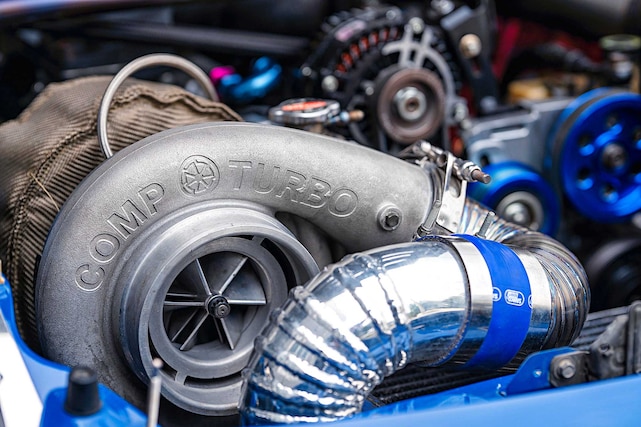 The hot side of the intercooler piping is incredibly short and required a day's worth of cut and weld action to properly line up with the huge Comp Turbo. Six ID 2,000 injectors take care of the fuel delivery while an HKS F-Con V-Pro takes care of the complex math. All of this adds up to a nicely packaged engine bay that readily delivers in the form of over 800hp which, Ronnarit suggests, will eventually eclipse that elusive 1,000hp mark if he has his way. 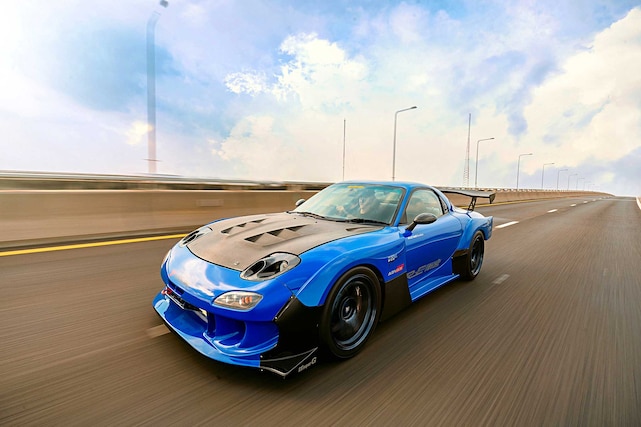 Get your head out of the engine bay for a minute and you're treated to a mix of RE Amemiya body upgrades that include an N1 Model 05 front bumper and signature projector headlight assemblies up front with all four corners fitted with the tuning legend's D1 wide fenders. The RE vented hood, produced in ultra-lightweight dry carbon helps to release some of the underhood temps while the wing and rear diffuser do their part to control the FD3S' rear end with carbon taillight bezel and Super door mirrors helping to spread a little more carbon flavor across the bright blue body. Mag blue Advan GT wheels and Brembo brakes make statement on a build as wild on the outside as it is on the dyno. 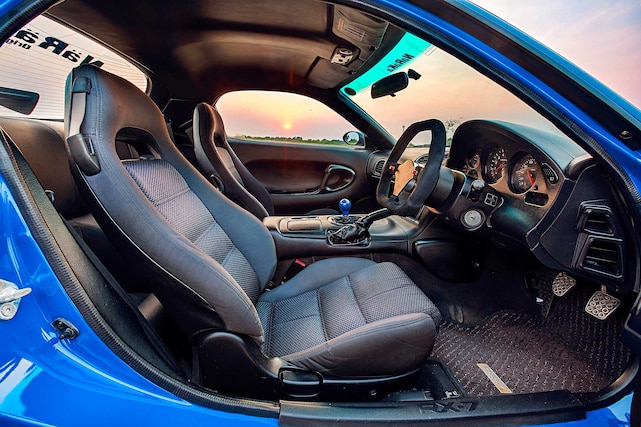 Being that this car serves as Ronnarit's street chariot, the interior isn't stripped and gutted and you won't find a non-adjustable bucket seat to contend with. Instead, the factory seats are on duty and the only notable changes you'll find are an RE Amemiya shift knob and suede Sparco steering wheel inside of an immaculate cabin. 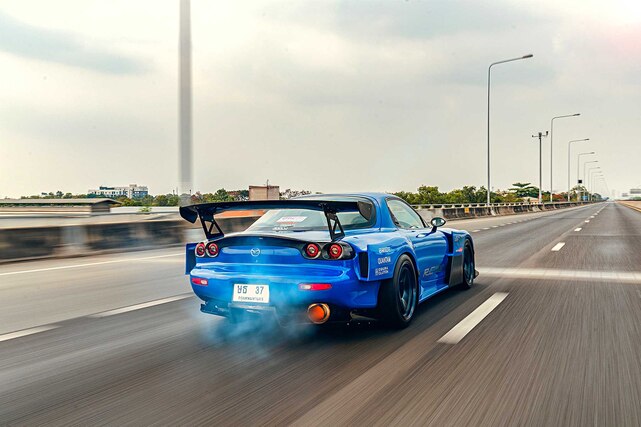 Ok, Ronnarit didn't exactly stay with the original engine that his FD rolled off the assembly line with, however, he stuck to what he knows and what he loves, and that's pure rotary power. And with over 800 reasons ready to back up his decision at just the stomp of his right foot, you'll have a hard time convincing him otherwise.