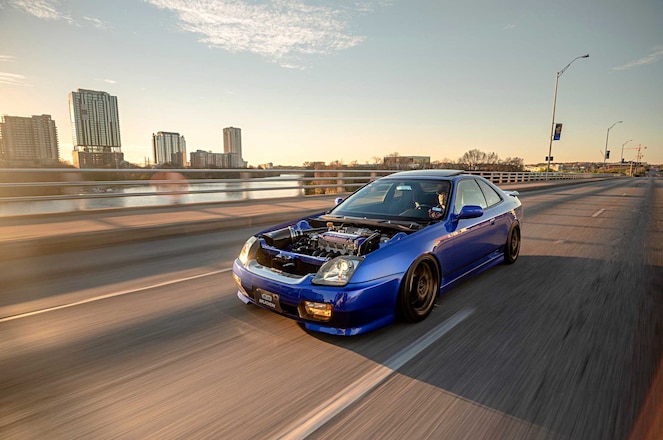 From the moment Chris Huitron saw a brochure for the fifth-generation Honda Prelude in 1997, he knew there was no other car crush that could compare. By the time an Electron Blue Pearl version came along it was already 2001, and Chris was still saving. Keeping this particular hue of Prelude in his sights while supporting his family was no easy task. But the Austin, Texas, native continued to set aside dough for his dream car. While he waited and saved, Chris searched tirelessly online. He needed to score an unmolested example with low miles, and, being that this color of blue was exclusive to the '01 model year, pickings were slim. After six grueling months of searching, a bone-stock Electron Blue Prelude Type SH with only 35,000 miles on it eventually emerged. Chris jumped at the opportunity and returned home smitten with his number one crush, amorously referring to her as his "Blue Lady." 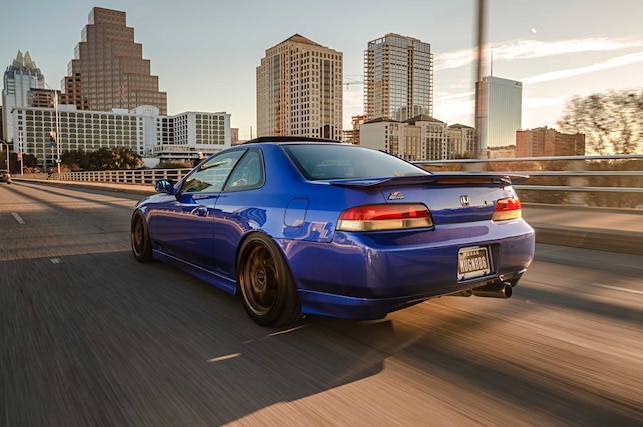 Since his teenage years, Chris had been drawn to cars that were built with simplicity, cleanliness, and mild performance upgrades—an approach he adopted for this build. You know, that "OEM-plus" mindset, where you take an already capable car and make it just a peach fuzz more flavorful via some tasteful tweaks. JDM BB6 upgrades started flowing in; the start to a 10-year scavenger hunt, with the Prelude being the cache for holding it all.

Collecting discontinued OEM parts is hard enough, so it's difficult to imagine the amount of time and patience that went into piecing together a full Mugen aero kit. Patience eventually pays off, though, and a Mugen rear valance and exhaust materialized, followed by a Mugen LED rear wing and those uber-rare side skirts. Chris admits the front bumper was perhaps the most forbidden fruit off the Mugen tree, taking close to a decade to locate, with immaculate lens covers still intact. Funny story: Unwilling to see the precious bumper damaged in shipping, Chris and his friend Cesar made the pilgrimage to Tennessee and transported it back home to Texas in person, like an armored car packed with cash. 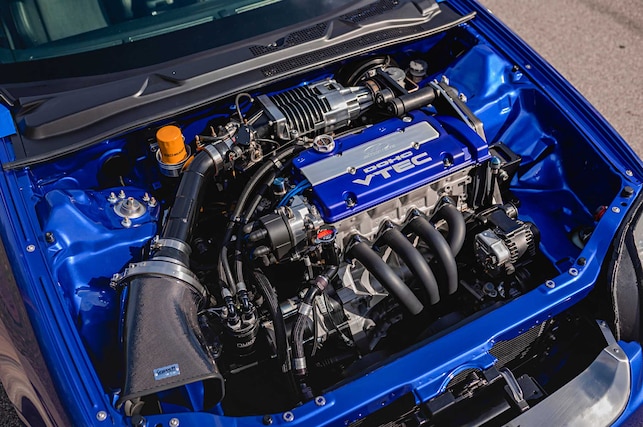 Chris immediately had the Mugen body kit prepped and painted to perfection; however, after installation, he became incredibly paranoid. While the scrapes from inclined driveways will always be a concern, those in the know understand the severity of the road construction associated with Austin's ongoing "Citywide, Intelligent Transportation System Expansion." You name the style of raised manhole cover, metal construction plate, or freshly gouged asphalt, and this project packs it in lip-busting allotments. In short, there was no way in hell Chris could cruise the city with his Blue Lady dumped on coilovers, yet he refused to give up on her lowered looks. After reading up on the recent handling improvements made in the world of air suspension, Chris installed a hybrid setup using BC shocks over Airtekk bags. Approving of the results immediately, he moved on to what was arguably the most confounding portion of the build: electrical gremlins...

Sine Blue Lady is an SH model, she came equipped with Honda's Active Torque Transfer System (ATTS). Affixed to a series of sensors and hardwired to the car's ECU, this tiny gearbox basically gives the vehicle's differential additional bumps in torque based on steering inputs, yaw, wheel slip, and g's. Chris admits that when functioning properly, this Prelude-exclusive feature is pretty damn engaging to experience, as it transfers torque mid-corner to mimic the feel of a rear-wheel-drive car. Sadly, this system doesn't respond favorably to power gains, forcing Prelude owners to either keep things naturally aspirated, or ditch the ATTS entirely in favor of boost. Chris claims to have discovered a sweet spot, though, one in which he can safely accelerate to the tune of 250 whp while the ATTS remains intact. This explains why you see a Jackson Racing blower on the car, a kit that, when running on 6 psi, is widely known for putting down around 240 to 250 whp on Honda's H22. 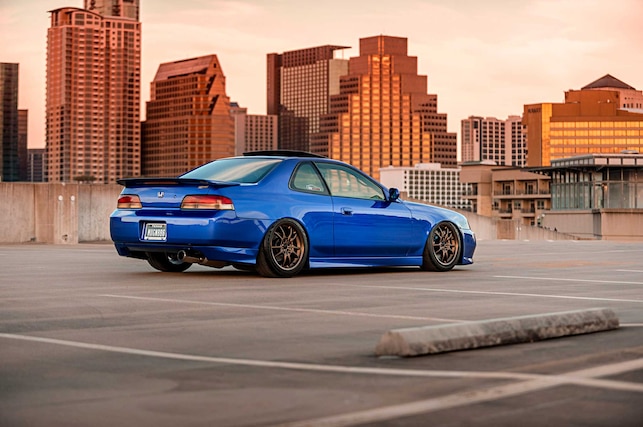 In addition, Chris realized the ATTS required the retention of OBD2 wiring due to the setup's temperamental sensors. Since a pristine engine bay was a must, removing ABS, power steering, A/C, EGR, and EVAP systems seemed inevitable. Chris moved the ABS pump to the subframe, just behind the engine, then outfitted it with custom NiCopp hard lines. Meanwhile, the canister, sensors, and wiring were relocated to the rear of the car near the fuel tank, whereas power steering was retained via the use of a smaller, stealthy Toyota MR2 Spyder electric pump.

Simply put, the engine bay is executed like an award-winning show car—a point proven by Chris' "Car of the Festival" win at Wekfest Texas in 2018. A clean black and silver color scheme sets the bay's tone, punctuated by titanium accents and various Mugen pieces. Even the supercharger itself was stripped of paint and refinished with a brushed look, complete with painted valleys that mimic a motorcycle motor. Accompanied by a matching pulley plate, spark plug cover, distributor, and a Mugen stainless steel grille, the Blue Lady's bay was packing all the right gear to make her centerfold worthy. 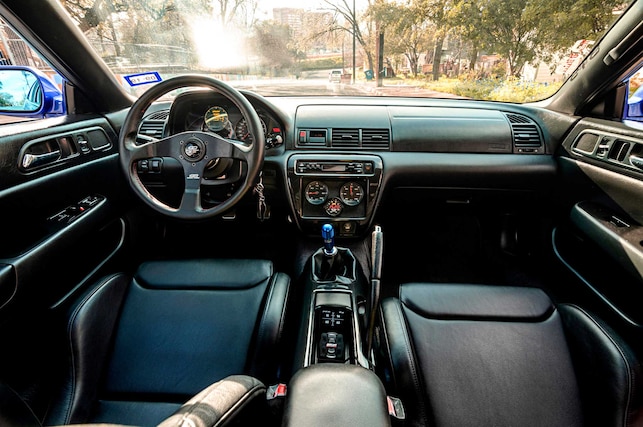 Keeping with the OEM-plus theme, Chris affixed Recaro Sportster CS seats inside the cabin, a product that's widely regarded as having a resemblance to S2000 buckets. Understated yet sleek and all tied together by an array of GReddy gauges and Mugen bits, the bright blue BB6 was complete—something Chris admits still comes as a shock.

Seeing a sexy devil in a blue dress and knowing you are willing to do whatever it takes to make her yours is no small undertaking. It took Chris Huitron more than 20 years to get what he wanted, as he carefully colored within the lines Honda had originally drawn. With the erroneous eliminated and many of the Prelude's core components still intact, this Blue Lady doesn't just look stunning, she performs like an all-star Olympian under pressure. And even though he always knew the build needed to have an appealing OEM-plus approach, Chris never thought it would have come this far. Further proof that only through patience and perseverance can the power of dreams be accomplished. 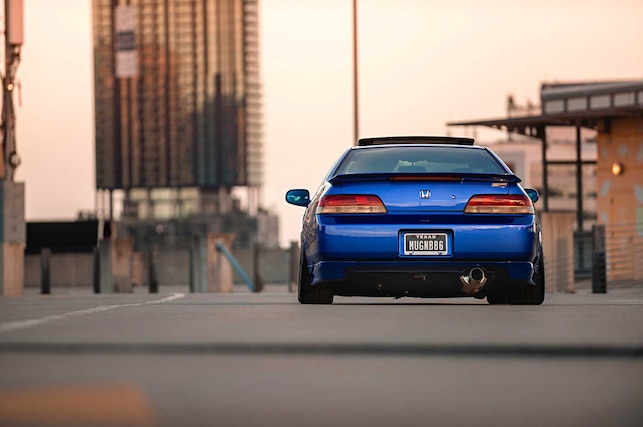 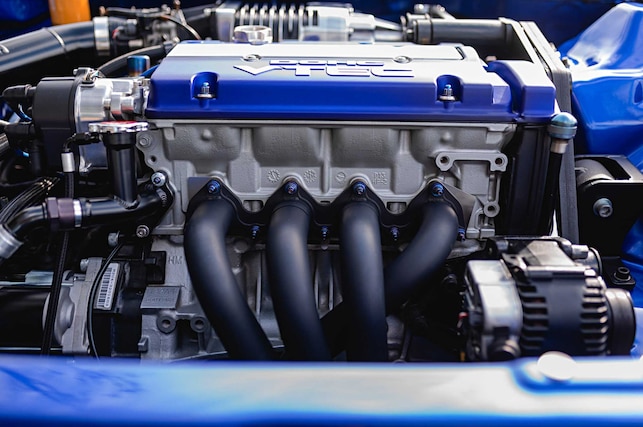 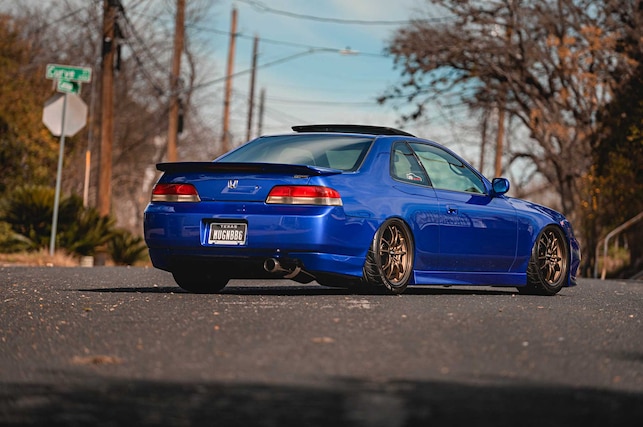 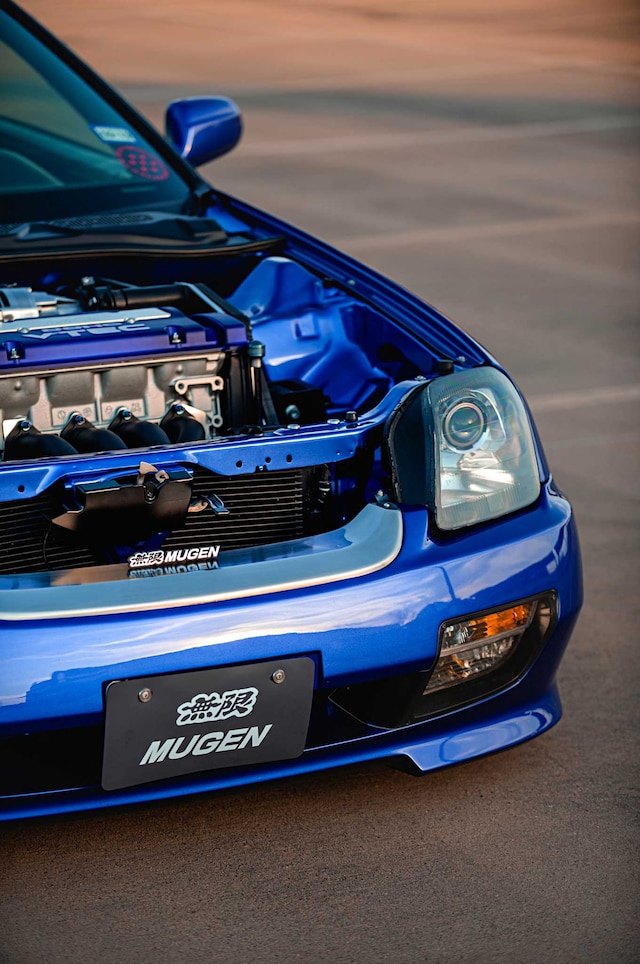 SuperStreetOnline
Friday Night Watch Party: Join NASCAR Driver Corey LaJoie and Stream 'NASCAR ALL IN: Battle for Daytona'!
If you haven’t seen the MotorTrend original streaming series, “NASCAR ALL IN: Battle for Dayton”, and taken a revelatory inside look behind the scenes of professional stock car racing, now is the perfect opportunity. Not only do plenty of us have extra time at home on our hands right now, but on Friday, April 3,
Mac Morrison – Apr 3, 2020 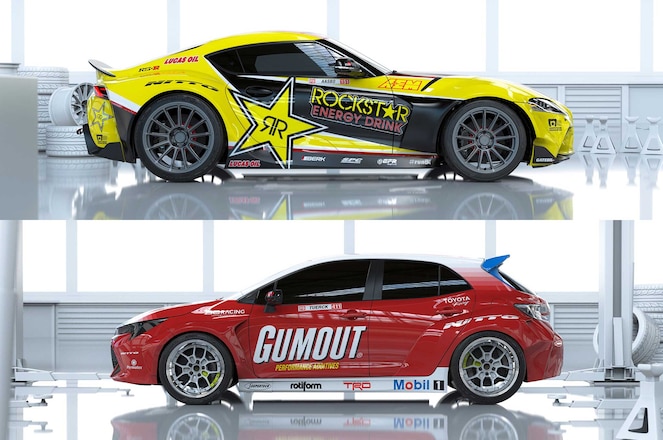 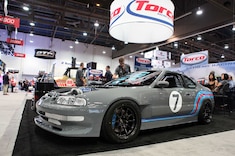 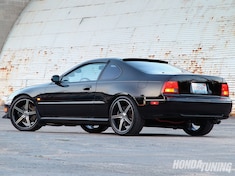