Tackling the iconic Tail of the Dragon in sleeper mode 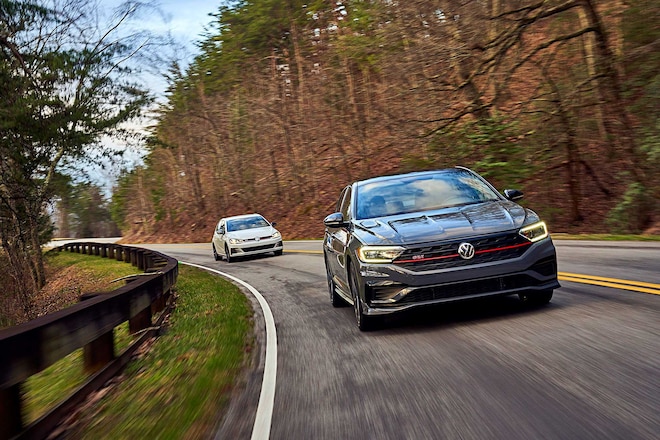 "I have to warn you," my driving partner says from the passenger seat as we approach the border of Tennessee and North Carolina. "I get car sick."

With more than twice as many corners as the Nurburgring Nordschleife packed into 11 miles of two-lane tarmac, Tail of the Dragon does not suffer fools well. Or weak stomachs. But I'm here to do a job, and that job is to put the new Jetta GLI through its paces on one of the greatest driving roads in North America. Sorry, buddy—this one's not getting phoned in. "Don't worry," I reply, assuming his warning is more about our safety than the potential ill effects of lateral force on his digestive system. "I'll get us there in one piece." 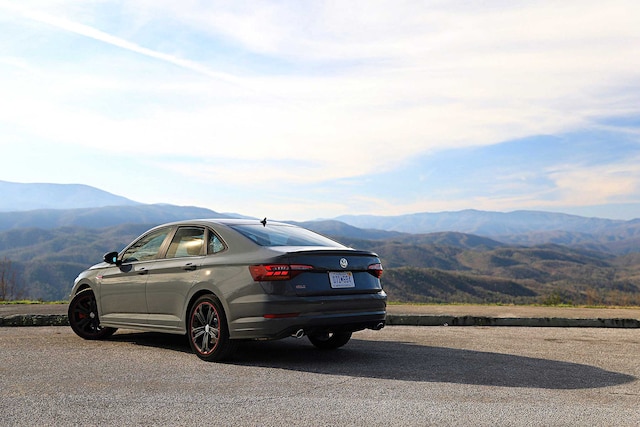 At first glance, it might be easy to dismiss the GLI's as another garden-variety Jetta. My tester's Tornado Red paint job notwithstanding, the GLI follows that Germanic aesthetic philosophy of subtlety rather than ostentation. Sure, there's a few flourishes that hint at the GLI's true intentions—the hunkered down stance that's 0.6-inches lower than the standard car, the red brake calipers, and the sporty-looking front and rear fascia—but in general, this car flies under the radar of all but the most observant gearheads. 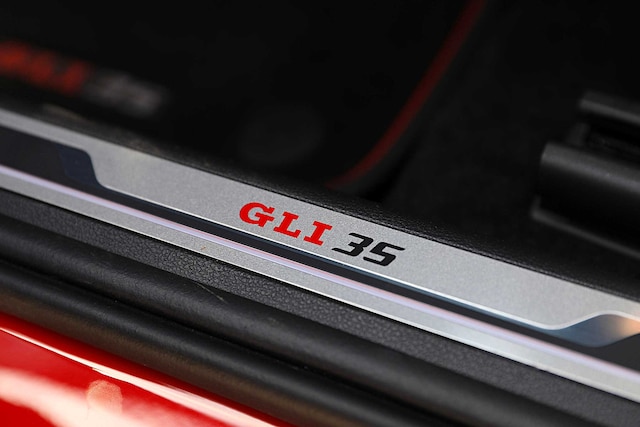 Maybe that's the idea. First introduced in 1984, the Jetta GLI package has traditionally equated to hot hatch performance in a sedan body. In an era where consumers are flocking to five-door crossovers and SUVs in droves, the very idea of a performance-tuned compact sedan seems a bit outlandish, and as a result the GLI's closest competition comes from Honda's Civic Si sedan - vehicle that looks faster than it actually is. With the GLI, as the Tail of the Dragon would prove, VW has taken the opposite approach.

A GTI BY ANY OTHER NAME

2019 brings the GLI treatment to the Mk7 Jetta, along with the return of the manual gearbox after a brief hiatus from the GLI options sheet. The three-pedal transmission is now standard across the GLI lineup, which currently consists of the S, the 35th Anniversary edition, and the Autobahn trim levels, and the seven-speed DSG dual clutch automatic can be equipped for $800. 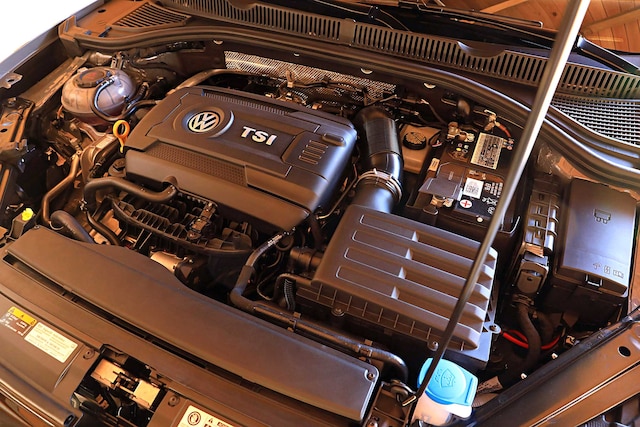 Regardless of which gearbox you choose, the transmission will be paired up with the GTI's turbocharged and direct injected EA888 2.0-liter engine, which delivers 228 horsepower and 258 pound-feet of torque. Those are gains of 18 hp and 51 lb-ft over the previous iteration of the GLI, the latter being the kind of improvement you can definitely feel with the butt dyno. 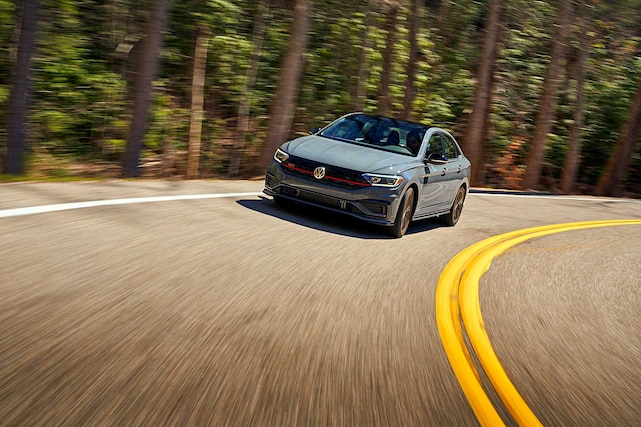 And as with the GTI versus the standard Golf, the GLI scores various chassis improvements over the standard Jetta, including brake components snagged from the Golf R, the GTI's springs and front sway bar, and a unique rear sway bar. And while the garden-variety Jetta uses a torsion beam-style suspension, the modularity of the Jetta's MQB architecture allowed engineers to pivot to a multi-link setup for the GLI to further improve handling. 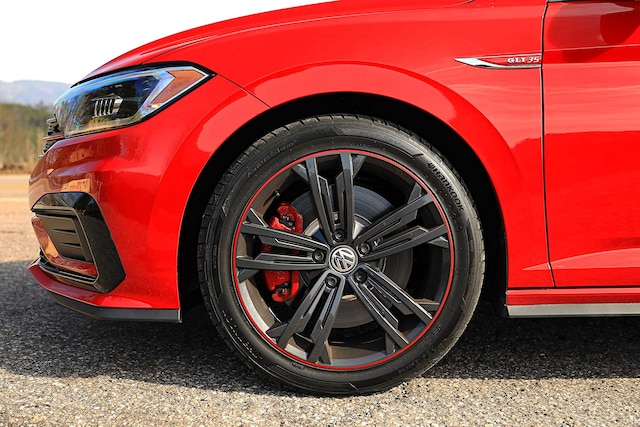 Combined with Hankook summer tires and the optional adaptive dampers—known as Dynamic Chassis Control in VW parlance and currently exclusive to the 35th Anniversary trim—the GLI lives up to its reputation as a GTI with a trunk. That means a straight-line sprint to 60 mph from a standstill in about six seconds flat while still delivering an admirable fuel economy numbers of 25/32/28 for city, highway and combined driving, respectively. And did I mention it also starts at $1,600 less than a GTI? 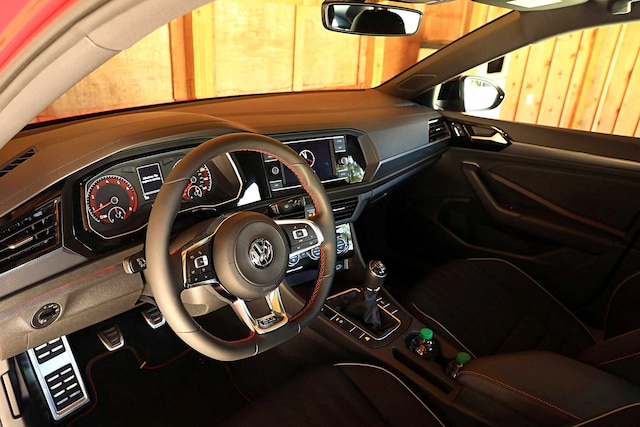 If the exterior tweaks lean toward the sleeper side of performance, the interior takes that approach a step further. It's standard Jetta fare for the most part—red stitching, a flat-bottomed steering wheel with a GLI badge, and a few other small flourishes are the only significant distinctions—but that's not such a bad thing, as the standard Jetta's cabin boasts fit and finish that's among the best in its class, with materials that make the GLI feel like a more expensive vehicle than its $25,995 base price would suggest. 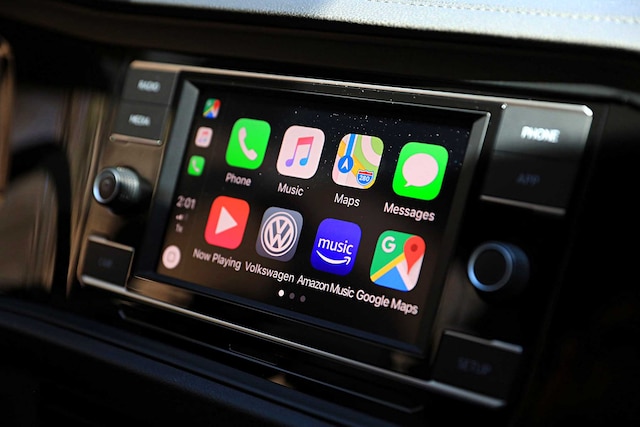 That'll get you the S model, which includes the aforementioned upgrades as well as VW's VAQ electronic limited slip differential and XDS torque vectoring system, heated front seats, 18-inch wheels, and a 6.5-inch touchscreen infotainment system. Stepping up to the 35th Anniversary trim, which starts at 26,995 and is limited 3,500 units, will get you unique 18-inch wheels and badging, a black roof, mirror caps, and spoiler, and the DCC adaptive damping. The $29.195 Autobahn trim sits at the top of the heap, and includes a panoramic roof, an 8-inch touchscreen, a 400-watt BeatsAudio sound system, Volkswagen's Digital Cockpit configurable gauge cluster, ventilated front seats, and a smattering of other goodies.

While all three GLI trim levels will dispatch the daily commute with agreeable road manners, solid noise isolation, and a lively drivetrain, if you plan on bombing down roads like Tail of Dragon on the regular, the 35th Anniversary model with a manual transmission is the one to get right now. First, let's talk about the gearbox. The DSG has always been a quick-shifting and relatively refined transmission, largely free of the clunkiness found in other dual clutch boxes. That's still the case here, but the DSG's ratios are too closely spaced for a technical road like this—even when locked into "S" mode and shifted on the paddles, I was constantly jumping back and forth between 2nd and 3rd, as the former wasn't long enough for the brief straights between corners, and the latter found the engine asleep coming out of slow corners. 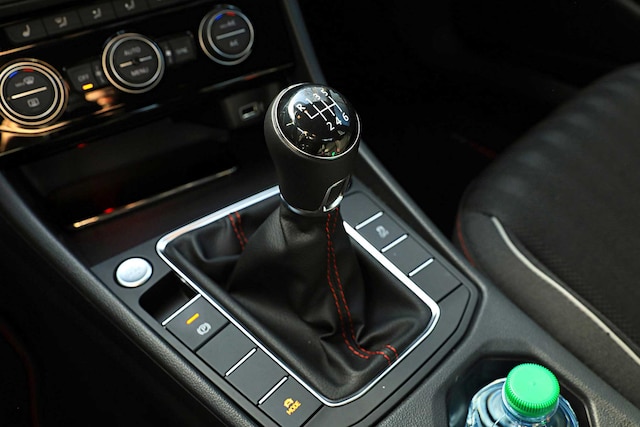 This wouldn't be that much of an issue if it weren't for the fact that, even with the gearbox locked in S mode, the transmission will still upshift rather than bounce off the rev limiter. It also has a bad habit of occasionally not providing downshifts when called upon to do so, and that lack of engine braking when setting up for a corner is a factor that can take a toll on a driver's confidence when jamming down a demanding road like this.

The manual, on the other hand, is happy to hustle through the majority of Tail of the Dragon in second gear, and it makes the GLI noticeably more engaging to boot. While the clutch is light, it has a clear engagement point, and that makes the car easy to get in and drive with purpose after very little acclimation.

The other reason you want the 35th Anniversary model—at the moment, anyway—is because of that DCC suspension. Along with adding a fifth "Comfort" driving mode, Sport mode with DCC is noticeably more effective than it is in the GLI models with the static suspension setup. Turn in is sharper, body motions are better controlled, and the car feels much more buttoned down during a spirited drive. And if you're buying a GLI, that kind of motoring is probably part of the plan. DCC will likely be available on other GLI trims in the future, but when, how, and how much, are currently unanswered questions. 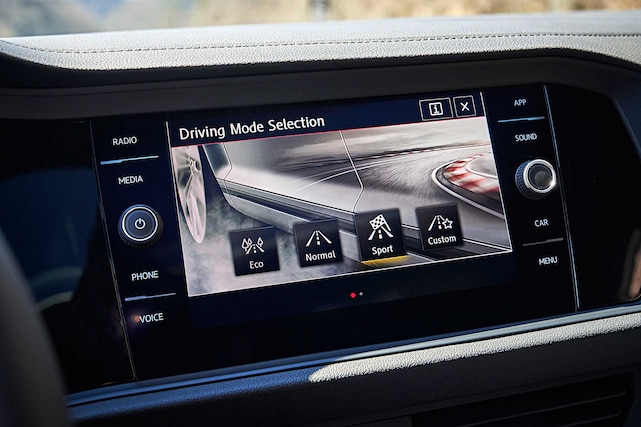 Our stint to and from Tail of the Dragon also allowed us to get some idea of what the GLI is like in day to day driving. That's where you notice things like the bare-bones 6.5-inch infotainment system. While it looks and feels a bit low rent, its lack of features and visual pizazz is tempered by Apple CarPlay, Android Auto, and Mirrorlink compatibility, which allows your smartphone to do most of the heavy lifting, and that's usually a better experience than the baked-in software is anyway. 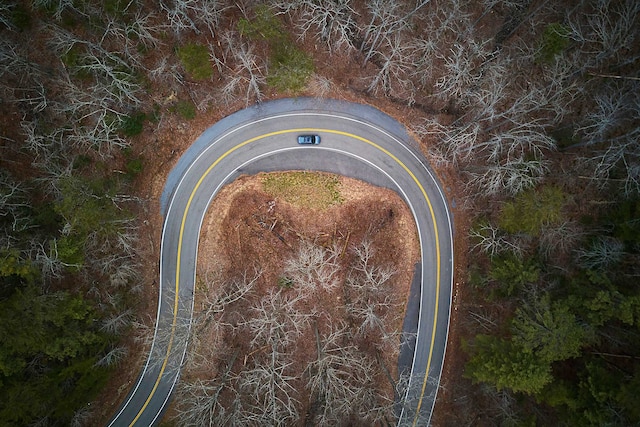 Here the seats, which felt a little under-bolstered on Route 129, are more appreciated as well, though the adjustable lumbar support that's currently exclusive to the Autobahn trim is sorely missed in the other GLI trims. Perhaps someday Volkswagen will allow would-be buyers to mix and match options to their liking, but that day is not today. 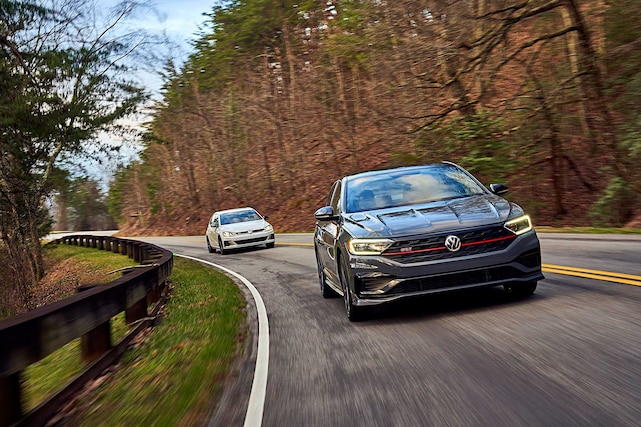 Still, there's a lot to like here, especially when you start to consider the value proposition. While the Civic Si starts at two grand less than the GLI, the additional torque and VW fit and finish are worth the price of admission alone. And if you think this thing doesn't qualify as a sleeper, tell that to the guy who finally had to admit defeat and pull over to let us by.

Side note: reeling in an orange PP1 Mustang GT appears to be an instant cure for car sickness. 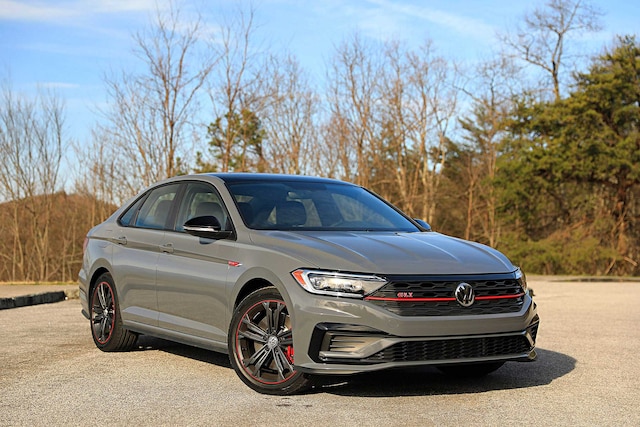 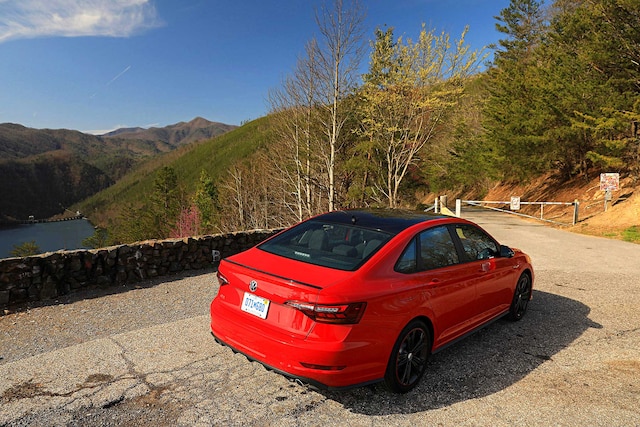