Experiencing the revamped Evoque on and off the beaten path 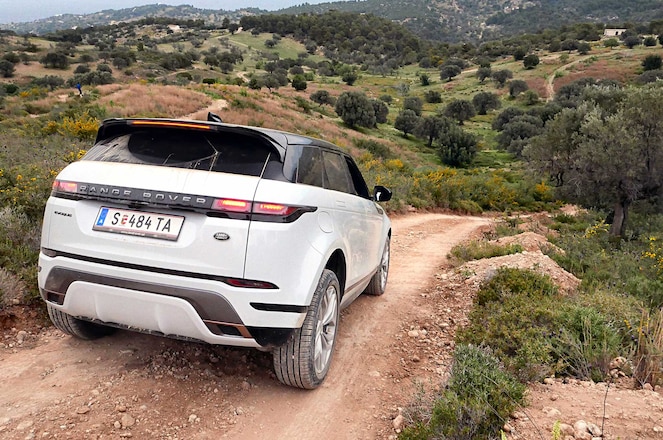 What do you do when it comes time to shine up the chrome on an unexpected success story and give it a renewed lease on life in a very competitive slice of the automotive market? The Land Rover Range Rover Evoque has been leading the brand from the bottom rung for so many years now that any attempt to fiddle or futz with a formula that has seen well over 750,000 examples sold worldwide has to sharpen what works without accidentally introducing any chalk into the cheese. 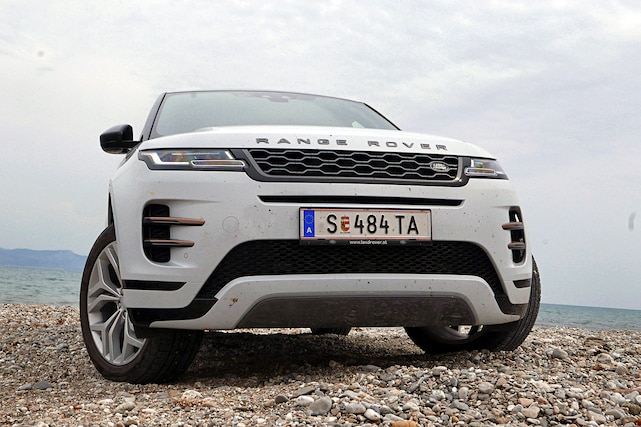 It's a tall order, because as the automaker's chief designer Gerry McGovern has candidly admitted, the rest of the small SUVs out there eager to eat out on the Evoque's existing customer base have moved forward, painting a very different landscape for the redesigned edition of the subcompact hauler to parse. 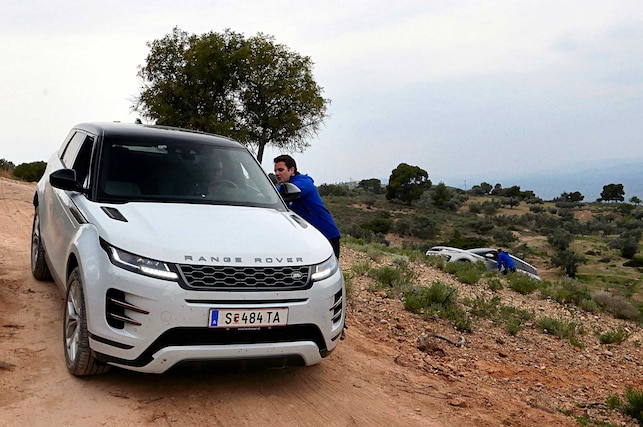 One might not automatically think of Athens, Greece as the ideal launch point for what is one of the most important members of the Range Rover family, but as I was soon to discover, the regions surrounding Mediterranean capitol provided an unexpectedly diverse proving ground for the newest Land Rover—and one that illustrated just how much effort the company is willing to invest in even its most affordably-priced offerings. 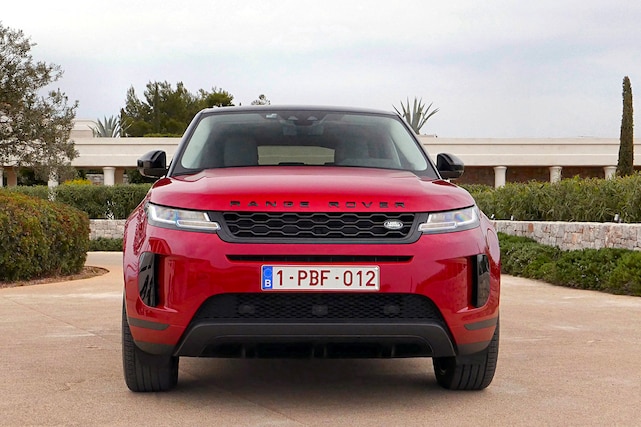 One area where the Evoque gave up little ground to its would-be pursuers in the premium space is style, which explains why the new offering bears such a striking resemblance to the first-generation vehicle. Riding on a wheelbase that's been stretched by 0.8 inches, the 2020 Land Rover Range Rover Evoque still manages to hew closely to the wedge-shaped arrowhead that has come to define the model's visual presence. It's a tribute that's flattered by new contributions from revised lighting front and rear, Velar-like door handles that protrude from the door panels when needed (and disappear inside of them when not), and a sleek copper accent package that is available on certain models. 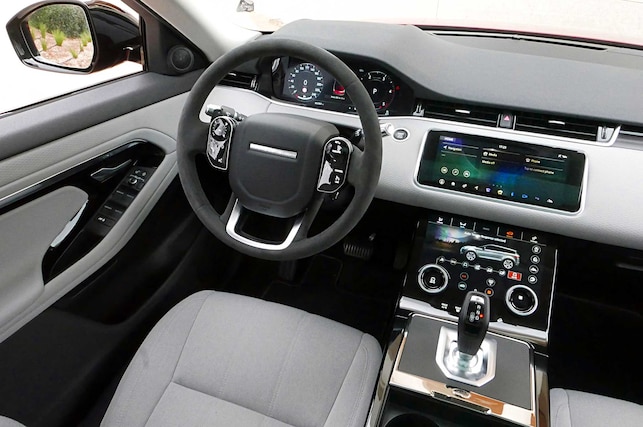 The Velar has in fact both inspired and freed the Evoque in terms of design. The former's influence can be found throughout the interior, where its dual-touchscreen template is executed to great effect, a slashing attack on the drabber presentations found in some of its competitors. Witness, too, the closest thing to a cloth seat one will find in a luxury product, wool and eucalyptus fabrics wrapping the buckets for those perturbed by the ethical considerations of cow skin. 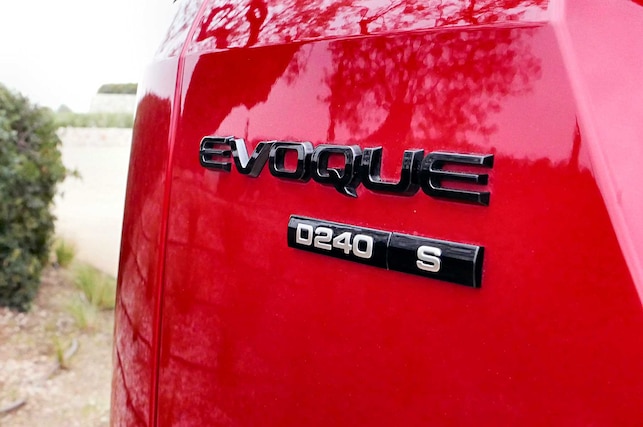 And yet, the fact that the Velar's appearance trends so closely to being a 7/8ths version of the big daddy Ranger Rover, it liberates the Evoque to live its own best life as a striking alternative to the corporate line. While its parental DNA is evident, the smallest RR projects a personality all its own, which is crucial when trying to snag the younger shoppers crowding its $46,000 starting price. 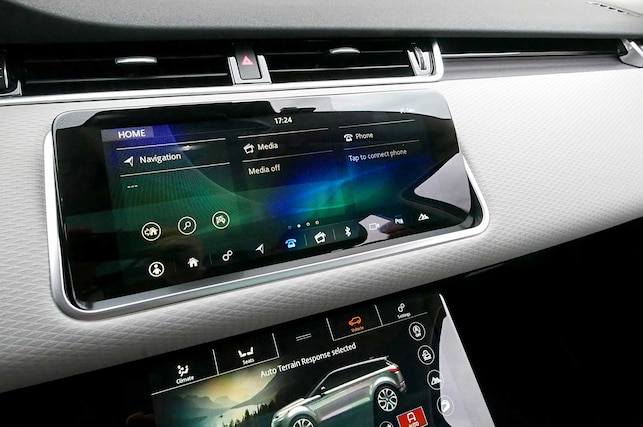 More techno-toys are available for 2020, too, when spec'ing the redesigned Evoque. Specifically, the vehicle's off-road acumen is further enhanced by way of the Terrain Response 2 system, seen in other Land Rover vehicles and useful for its multiple driving modes that manage its four-wheel drive torque distribution, traction control settings, and throttle and transmission response so as to best deal with path ahead (or lack thereof). 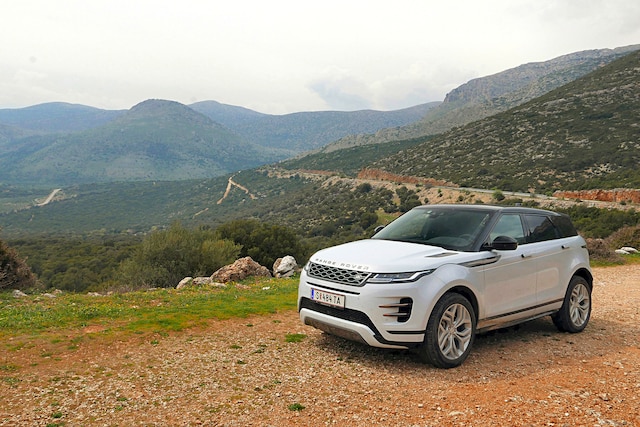 My path from the outskirts of Athens to the Penepolese region took me far from the beaten path (on which the Evoque also excels—more on that later), alternating twisting two-lane with sand-scrubbed mountain trails, flowing riverbeds (with nearly 24 inches of water fording capability now baked-in to the littlest Range Rover), and mud-slicked service roads so hemmed in by fog that on occasion I had to exit the vehicle to verify that there was still solid ground ahead. In each of these scenarios the Evoque performed without protest nor problem, hauling me through conditions that would have knock-kneed nearly every other cute ute at its price point. 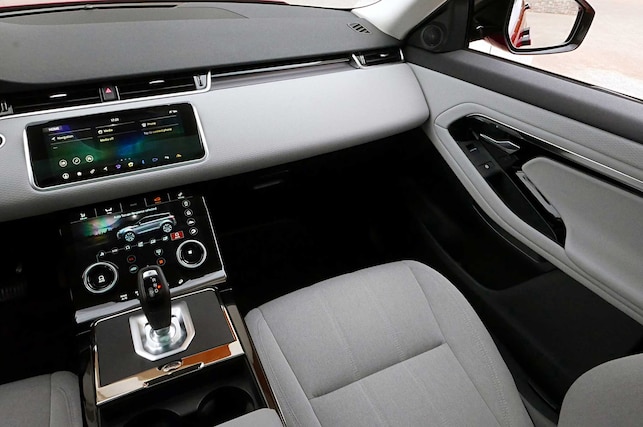 One gadget that I didn't get to sample was the new ClearSight Ground View system, which uses a series of cameras to present a composite picture of the area immediately in front of and around the forward half of the vehicle. Intended to be useful when approaching tricky obstacles, the option it calls to mind is the 'transparent hood' technology that Land Rover debuted as a concept several years back.

DRIVE IT EVERY DAY 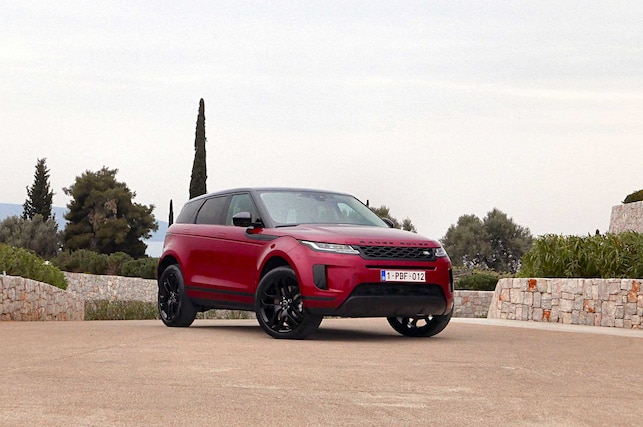 As competent as the new Evoque might be at handling the unexpected and unexplored, its all-new platform is equally adept at the far more likely call to arms of the daily drive. Although not quite an athlete, curves and heaves are handled with aplomb, and the cabin environment—in addition to offering marginally more passenger and cargo room than the previous model—is remarkably quiet. 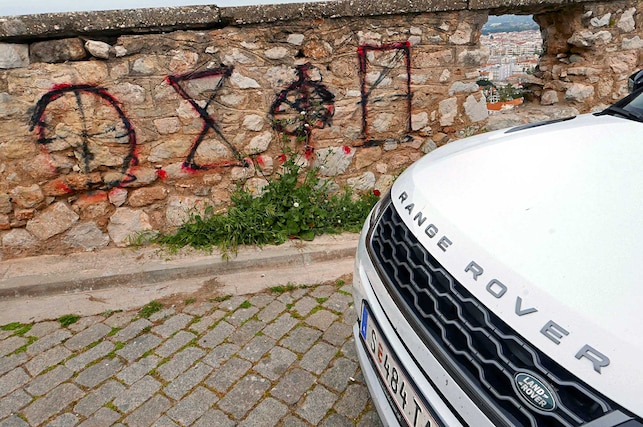 Little might be heard from the Range Rover's 2.0-liter turbocharged four-cylinder engine, but its 246 horsepower and 269 lb-ft of torque make themselves known in far more important ways. Greece's generous speed limits offered ample opportunity for overtaking (although the officer at the wheel of the police van I passed did transcend the language barrier with a gesture that could be loosely translated as 'slow down'), and the Land Rover's Ingenium mill responded to the call time and again without complaint. More grunt is on tap in the mild hybrid model, which delivers close to 300 horses and torque to match, along with a 48-volt energy recapturing system that assists on pull-away and coast-down.

There are few faults to be found in the Evoque's restatement of purpose for 2020. Yes, gadgets like the ClearView camera-based mirror system might be distracting (although easily flipped back to traditional mirror-mode), the infotainment system might occasionally freeze out over Bluetooth, and the 50 or so cubic feet of cargo space available in the SUV isn't much more practical than what one would find in a compact hatch. Minor complaints, overall, considering how on-target the rest of the vehicle truly is—and how unique its off-road image (and genuine wherewithal) are in its class. The Evoque's level of refinement despite its affordability feels a cut above similar fare from BMW, Mercedes-Benz, et al, which bodes well for its continued status as the most popular first Range Rover in the garage. 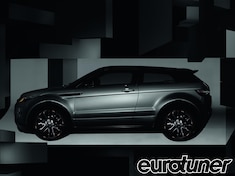 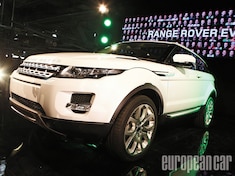 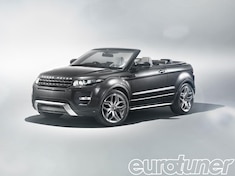 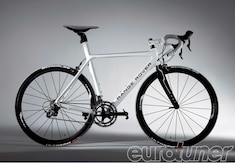 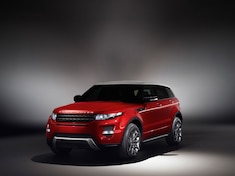 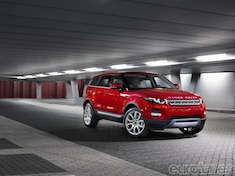 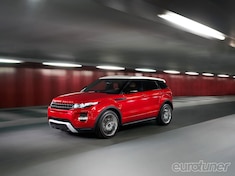