Friends Become Adversaries as They Race to Build the Better Datsun 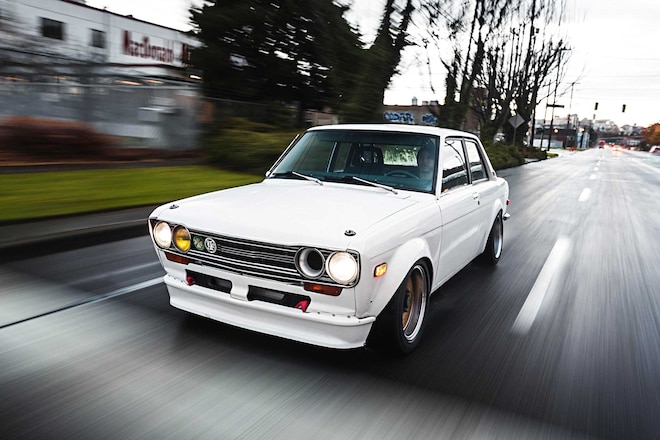 Did you know there's a war going on? No, it's not dangerous, but it is taking place very near. You won't find these two adversaries, separated by the Puget Sound in Washington, hiding nuclear warheads in their garages, however, you will find a group of friends building their project cars for bragging rights—and the tentative victor is Keegan Hollister and his '72 Datsun 510. 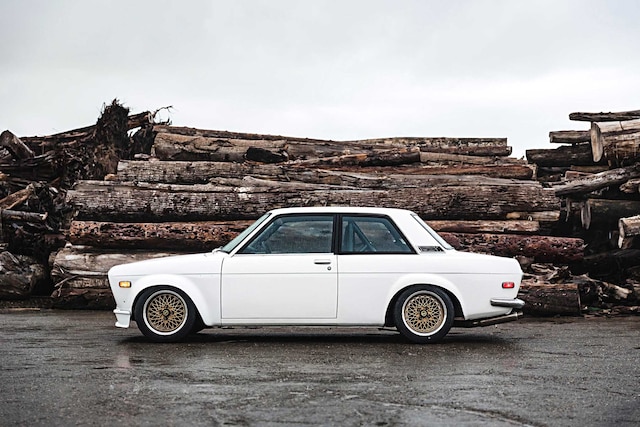 Keegan first saw the car when his friend Dallas Wilson bought it at an estate sale. It sat for a couple of years before Keegan was able to snag it from him. When the 510 was new, its first owner immediately turned it into a race car, adding modifications such as a Dobi-style air dam and BRE fender flares. The car came with a logbook that had been fused into a solid piece of paper from the moist Washington air yet the Datsun was virtually rust-free.

When Keegan acquired the car, he set a goal to get it running and driving in three months. After his deadline, he "took it around the block," but due to the old 1.6L being totally clapped out, "it wouldn't really go much farther than that," he explains. He decided to hand off the decrepit L-series to his buddy Dallas and pick up a used motor from a junkyard for $100 to replace it. Dallas and another friend, Kevin Comton-Drake, saw this as an opportunity, though. While Keegan got to work refreshing his junkyard find, Dallas and Kevin set out to beat Keegan with the engine he had just retired. A year went by and Keegan got a call from his unknown competition telling him to warm up his car and meet at an unnamed track. The duo showed up with a turbo Datsun 210 and gave Keegan a whooping using the engine he'd given up on. Obviously, Keegan "couldn't let that stand" and immediately bought a SR20DET from a S14 Silvia. The battle might have been lost, but the war was on.

Keegan successfully swapped the turbocharged engine and five-speed tranny. He continued to update the car, converting it to coilover suspension and strengthening the subframe. Along with a custom steering rack from a Toyota MR2, a custom exhaust, a Subaru differential, an updated fuel system, and many other "while you're at it" mods, the 510 was ready for another race. This time, Keegan won against his old rivals—but not without casualty. The top end on Dallas and Kevin's engine blew. According to Keegan, "The arms race had started. The cold war of cars. But now they know what I'm doing and I know what they're doing." 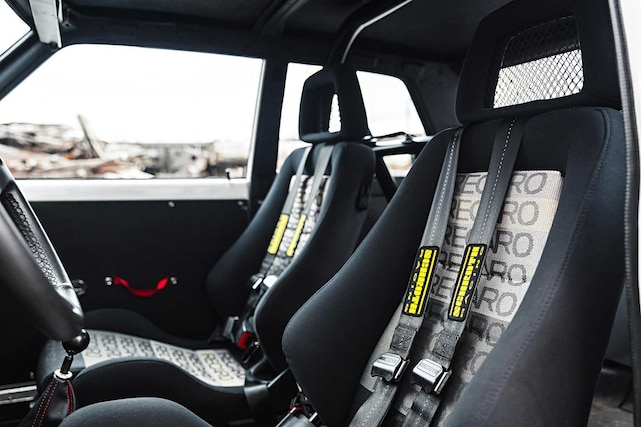 Since that race, Keegan has done quite a lot. He's added a larger Tomei turbo and header, bigger injectors, and a link-controlled ECU that gives him the option to switch between tunes, including one for water-methanol injection. The result is 350 hp and 290 lb-ft of torque—more than enough firepower for the 2,000-pound coupe. Though he did most of the work himself, Keegan credits his build to his friendly competition. "It's a nice rivalry because it gives me motivation when I don't really feel like working. I'll think, I bet Dallas and Kevin are working on their car." So he continues to wrench away and await the next race...and hopefully another taste of victory.