Stripped down and rebuilt to the highest degree, JDM Legends produces its finest work yet with this Datsun Z 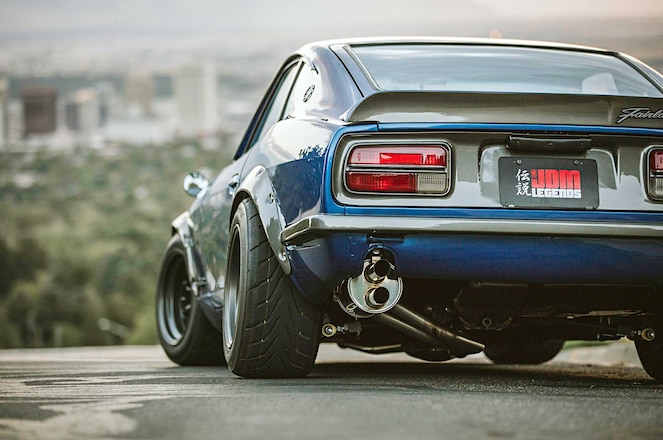 True masters who dedicate themselves to the art of vehicle restoration are hard to come by, especially when we're talking about cars that fit into the world of Super Street. Scattered in sparse quantities around Japan (thoughts of Rocky Auto, Biko Works, and Mizuno Garage quickly come to mind), artisans who reside in our neck of the woods are even more limited. Imagine the shock (not to mention confusion) when you discover that one of these shops is all the way out in Utah. 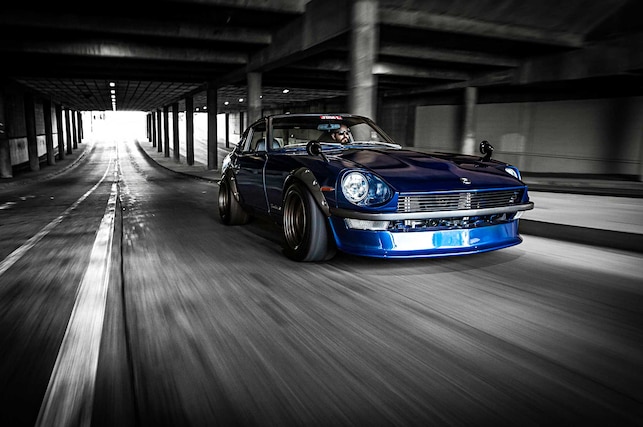 Going by a name that perfectly identifies what they are, JDM Legends isn't the first shop of its kind, but it certainly lives up to its name by not only importing vintage Japanese vehicles (exempt from the 25-year rule), but restoring them as close to their former glory as possible—or however detailed or modified the vehicle's future owner should choose. Because of this, the company has quickly earned a reputation for delivering collector's items to those looking to add a Japanese legend to their garage.

The shop is the brainchild of Eric Bizek, the onetime fabricator and technician at Cobb Tuning who always had a thing for older Japanese cars, but really began to develop his tastes after taking a look at Trey Cobb's (owner of Cobb Tuning) small collection, which included Celicas, 510s, and the first Nissan Hakosuka Skyline he'd see in person. "It had a life-changing effect on me," Eric says. "I always had love for the 510, but the Hakosuka was like the 510's older, sexier counterpart—Selena Gomez versus Salma Hayek, if you will." These cars had such an effect on Eric that he decided that if there were guys like him who were searching for ways to bring them into the country legally versus the "watered-down versions we've been fed here in the States," that forming a business like JDM Legends to do so would be worth a shot. 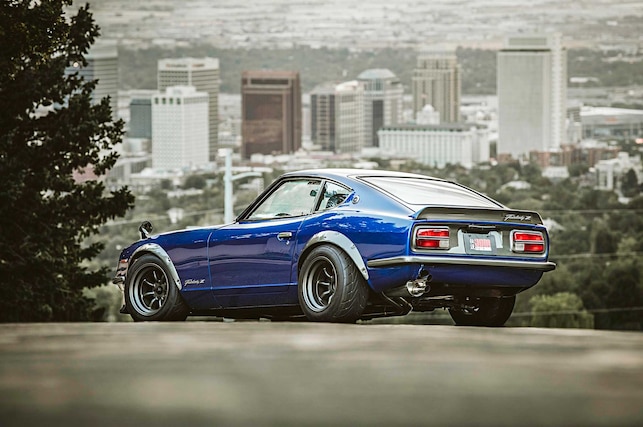 In the beginning it was just the two of them; Trey ran the business end while Eric restored the cars. But soon after, more players entered the game of importing JDM vehicles, which forced Eric to change direction to specializing strictly in '70s-era vehicles. "Bringing in the later-model '80s-'90s-era cars was much simpler to do from a restoration standpoint," he explains. "But the older cars that have gone through multiple restorations and require more attention—like fixing rust, electrical issues, and carburetors, for example, have unfortunately become a lost art. Which is part of the reason why we strive to keep the older technology alive here." Their restorations have made their way to various parts of the country, with some of their more well-known work making appearances at shows like JCCS (Japanese Car Classic Show). The 240Z shown here, if you haven't guessed by now, is some of their best work to date. 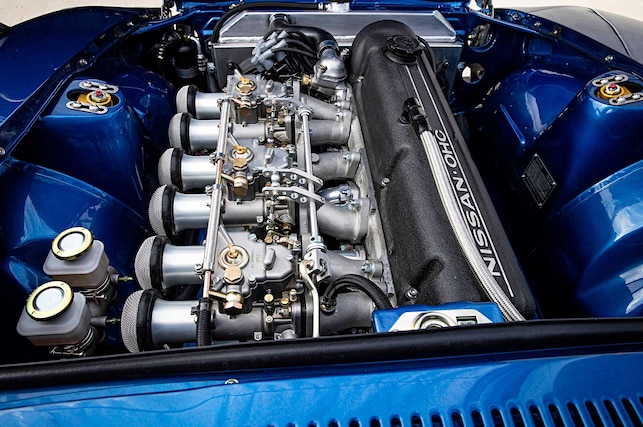 From the beginning of the build, JDM Legends had their work cut out for them—very hard work at that. "We started off with a shell that was filled with parts in boxes," Eric says. "Nothing was simple, and nothing was a bolt-on affair, either. Unlike newer cars where parts work like they should once you install it, damn near everything needs some sort of modification (on an older car like this) to make it run right—but that's the nature of dealing with older cars." Coupled with the headache of not being the ones who took apart the car the first time and not knowing what exactly was involved during the teardown (what's there, what's not, what's missing and broken because of the disassembly) suddenly amplifies the build into an even bigger challenge. And being in Utah, parts sourcing adds another swift kick to the groin. He adds, "We don't have nearly half the supply of what might be found on the West Coast. A simple door linkage can add an extra two to three weeks of searching." 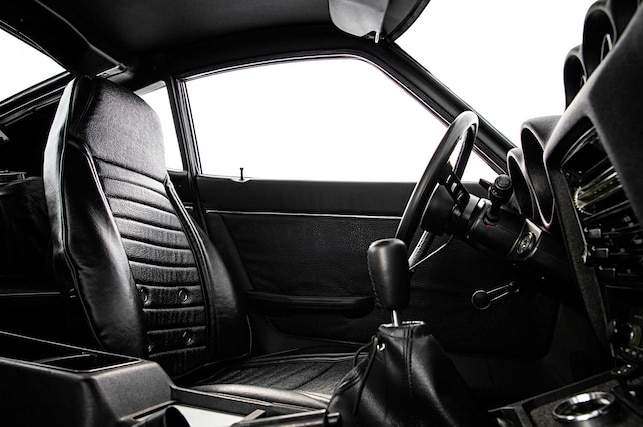 But this wouldn't deter them from pushing forward, and despite the initial holdups, Eric couldn't have found a cleaner chassis to work on. Aside from a total ground-up resto, which includes painstakingly performed paint and bodywork by Cio's Restoring The Dream, a lot of care went into the engine package. It's a stroked L-series using a 3.2L Rebello Racing kit and a DCOE triple-carb setup (amongst a few other parts) to produce 318 hp, which is pretty nice considering the Z also retains a full interior, air conditioning, and sound deadening. "For as quick and raw as it is at full-throttle, it's also surprisingly civil when it wants to be," Eric says.

Though it would've been tempting to go modern-day with a RB26 conversion, his experience playing with a properly built, high-compression L-series motor changed his train of thought. "The RB26 can feel somewhat unresponsive and numb until the boost kicks in, but the 3.2L has instantaneous throttle response," he adds. "Not to mention, the torque and sound of classic technology is incredible and that 'period correctness' is what makes these cars what they are. It's not so much about building the fastest car as it is for the experiences they can provide." 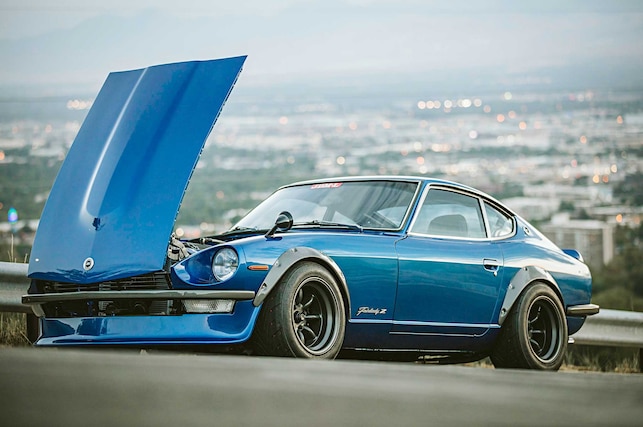 That sort of approach to building period-correct cars carries out to every inch of this Z, and is something Eric has really instilled into JDM Legends' core values. It's the reason why this Z is so bad-freaking-ass. "Cars should be timeless—the wide Watanabe/chunky tire style really struck a nerve. They should be absolutely functional as functionality can go, aside from aesthetics alone. These older Japanese cars take so well to modification and become so much more with the right additions, so long as you keep that balance with quality parts and craftsmanship. Isn't that why we fell in love with these cars in the first place?" 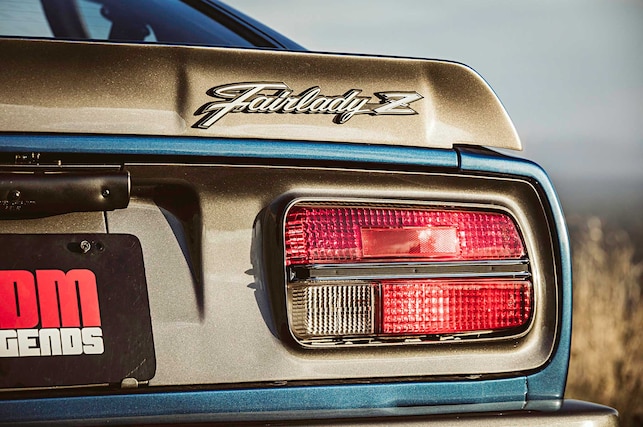 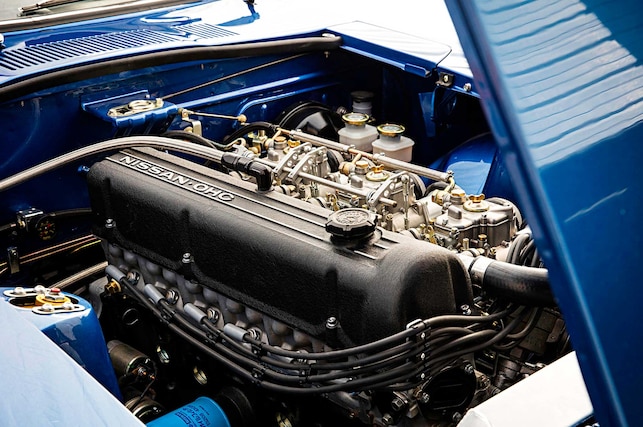 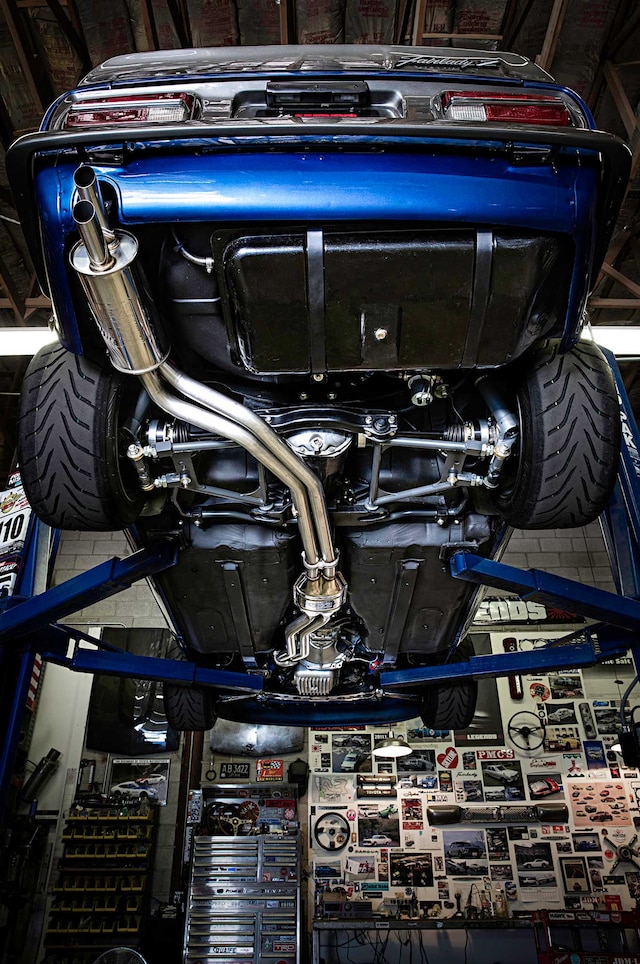 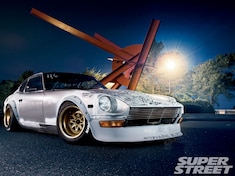 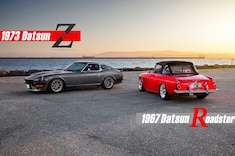