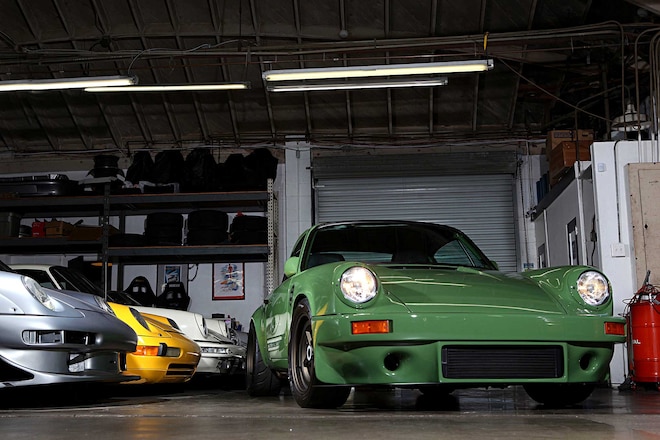 If you took a look at Ryan Hoegner's list of project cars throughout the years, you never would have expected a Porsche of this caliber to top the list. Or would you? For decades, he's been at the forefront of building top-tier Hondas, and he's co-organizer of the world's premier Honda-only event (does the Eibach Meet ring a bell?). Finally, after years of working on Japanese cars, he decided it was time to build something European, and he searched for a Porsche long before the trend came along and sent prices skyrocketing. This build, simply put, is something quite magical. 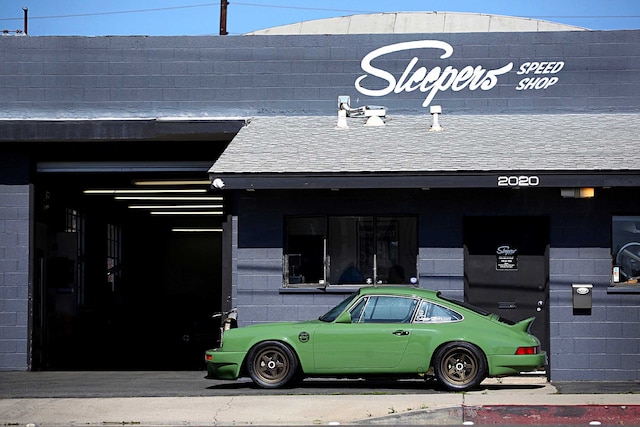 Queue this up as a heartwarming "Bring a Trailer" feel-good-type story. But the Porsche you see here wasn't what Ryan started off with originally. In 2009, there was another '82 Targa with turbo flares he used as the "learner" car. It reminded him of how it was to build Hondas: parts sharing, how to upgrade them by stripping weight, and improving the suspension and parts to enhance engine performance. "I got it running a little better, cleaned up the interior, and had CCW build a set of 18s for it," he says. "It was super '80s looking. I sold it as the market started to rise and bought an Impala." That Impala would later be sold and provide the necessary funds to pick up this '82 911 SC, a true barnyard find Ryan bought sight unseen. "I was researching pricing trends on a forum and saw the 'for sale' post for this car and asked what it was worth," he adds. "I immediately shot him a message, verified the motor wasn't locked up, and within two days, it was on its way to California from Louisiana."

Once it arrived, Ryan went to work immediately on his new project, sending it to Willy Werx, a known Honda specialist, to see how he could put his expertise into a chassis with which the two weren't very familiar. Ryan also gave Willy free rein. "Our basic design was to gut and lighten it, and get it under 2,200 pounds," he explains. "He'd check in if he thought an idea would be too wild." I often teased Ryan (jokingly) during the build with photos of Nakai from RWB in progress posts he'd put on Facebook, but I credit him for sticking to his guns and staying true to his style. "Everybody goes widebody and I didn't; I think that's one of the reasons why it's so popular. The G-body SC shape is amazing, and I didn't want to make it a cartoon." 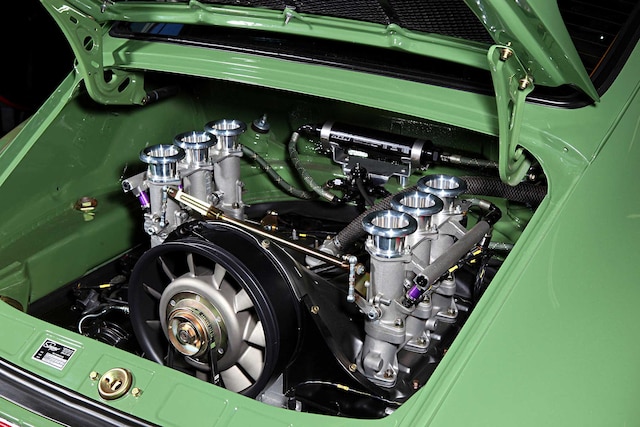 The body was going to originally be resprayed the factory Guards Red, but once Ryan decided the car was going to make its debut at SEMA, he had to go wild. He recalls a photo of an army green 930 he loved, and Willy found a shade that took him two months to approve. "If you Google 'olive green,' tons of different shades come up, and it looks different on every car," he says. "[Willy] painted the transmission tunnel cover olive green and laid freshly re-zinced bolts onto it and we knew then it was a winner. It's still a factory Porsche color, which I felt was important to maintain."

Although the craftsmanship of the bodywork is A+, the build mentality is very much like a Honda-style build. Loads of attention to detail, completely different than a Singer build, and yet, could it be something a Porsche purist wouldn't be into? Did Ryan purposely set out to piss the Porsche community off? "Not at all," he says with a laugh. "My vision was to build a car the 75-year-old, 40-year member of the Porsche Club of America would enjoy and appreciate, along with everybody else. Nearly 80 percent of my conversations at Luftgekuhlt were positive, and that's an older demographic. They appreciate the attention to detail, newer technology-and that we didn't stray too far from the original spirit of what the 911 is all about." 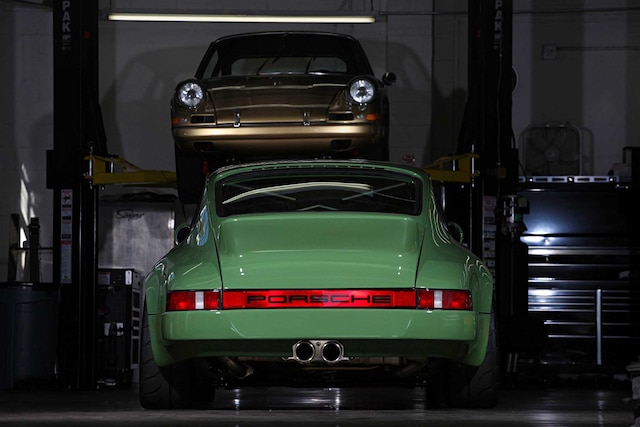 About that newer technology, this is where Ryan's build gets more interesting, and where another connection to the Honda world comes into play. He brought his motor to Sleepers Speed Shop in Orange County, California, where Len Higa, a former Honda drag racer, has been honing his skills building air-cooled Porsches the past few years. "The motor hadn't been turned over in 16 years," Ryan says. "Len figured out it had a cracked valve, which explains why it was parked and left alone all those years. It would've been an $8K fix for a $5K car."

The engine was torn down completely and rebuilt, balanced, and blueprinted with new pistons and rods; the head was retrofitted with Eibach valvesprings, Web camshafts, and Borla ITBs. "It was amazing working with Len. He understood my vision, and, in my opinion, his is the go-to Porsche shop in SoCal for air- and water-cooled 911s." 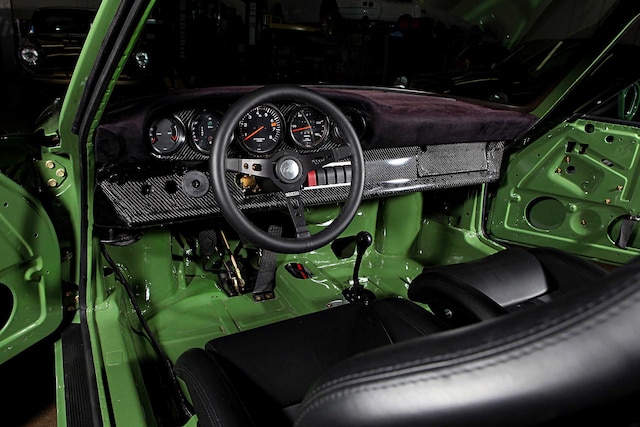 Ryan's Porsche made its big debut at the Eibach booth during last year's SEMA to huge success, and later felt right at home alongside its air-cooled brethren at Luft 6 earlier this year. Throughout the entire time, Ryan says he learned some important things as both a Honda and Porsche enthusiast: "Being in the Porsche community is very similar to Hondas. As a longtime forum participant, it's great to see Pelican Parts doing so well, just like Honda-Tech did in the past.

If there's something Porsche enthusiasts can learn from Honda enthusiasts, it's to not be afraid to try new things. Everybody does the same thing, using the same parts over and over. When building this car, I struggled to find 'cool parts,' because there aren't a lot of them. That's why I partnered with Sleepers, because it specializes in fabricating cool parts. The Porsche community is amazing, and I've met so many amazing people on this journey from all across the country. I don't think I'll leave."

On the Road (& Water) with Maserati
SuperStreetOnline features