Fully-built and boosted, this FJ-powered, R30 Skyline found its way onto U.S. soil and serves as a history lesson to GT-R fanboys

You don't have to be a diehard Nissan fan to realize this old school, 1984 Nissan Skyline R30 is wicked cool. However, it's safe to say many of us probably don't have a clue as to what its history is and why this particular coupe is so unique. Perhaps we're all well-versed in GT-Rs and RB inline-six engines, but how about the boxy R30 generation and its four-cylinder FJ from the early '80s? Today, finding these cars is as rare as finding true love on Instagram, which is why when we discovered Brandon Miller's pristine 1984 Skyline, we knew we'd just struck gold. It takes an extraordinary type of Nissan buff to import a JDM Skyline, especially one that's not on everyone's wish list, however, one that is just as iconic as the GT-Rs we all hold in such high regard.

THE R30 SKYLINE AND ITS ROOTS IN FIA GROUP 5 RACING

While the R30 was offered in over 20 iterations, plus various powertrains that include the L-series inline-six and even the four-cylinder Z-series, it wasn't until Nissan campaigned the Super Silhouette Skyline in FIA Group 5 racing, where it become a poster child for fanboys. Only having to retain the factory hood, roof and doors, the rest of the R30 racecar received flared fenders, a massive front spoiler, towering rear wing and turbocharged 2.0L inline-four rated at nearly 600hp. Between '82 and '83, the R30 won seven races, but the look of the Super Silhouette Skyline helped inspire the bosozoku movement on the streets of Japan. Despite this, the R30 didn't quite have enthusiasts falling in love with the chassis years down the road, the way that the R32, R33 and R34 GT-Rs did. 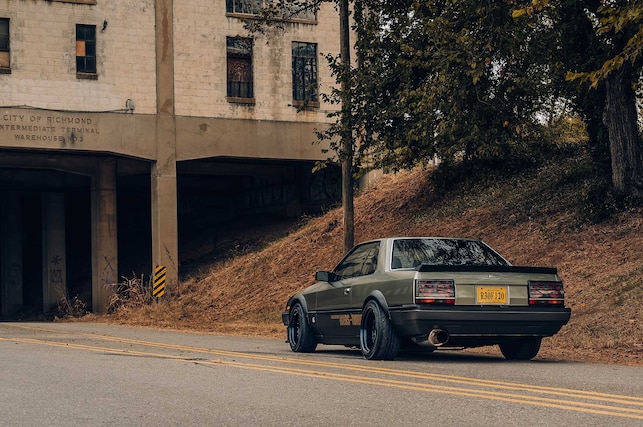 Brandon hails from Richmond, Virginia, and makes his living as a financial advisor. His background in Nissans doesn't just start from messing with a handful of Maximas and Pathfinders in high school but stems from watching his dad tinker with Datsun 510s, 240Zs and Porsche 911s when he was a little kid. Guess you could say the rhyme to his reason was all in his blood. He continued to ramp up his project car portfolio with an LSX-swapped BMW 528 E39 wagon, a S62-swapped E38 7-series, and a '95 240SX with S14 SR20DET Silvia conversion. Quite the collection, but as he got older, he realized he didn't want to forget the era in which he grew up in. "I was born in 1979 and therefore am quite obsessed with all things from the '80s. My current build, which is my most ambitious project ever—two and a half years in the making, with another few months to go—a 1986 Z31 300ZX which is inspired by the Datsun 'Z432' powered by a fully-built naturally-aspirated RB28." While his Z31 project sounds bananas (and we'll promise to bring you the feature when it's done), it's his R30 Skyline that has folks geeking out now and, interestingly enough, it's the one project car he had to do the least amount of work on.

"About five years ago, I'd seen a DR30 with Watanabe wheels and flares for sale from Driver Motorsports which was semi-local. I had never really paid any attention to R30s before, but of course, I've been far more familiar with the Hakosuka and R32-R35 GT-Rs. I was in complete awe with the R30. It was one of the best-looking cars I had ever seen, and it just screams 1980's. It's greatly underappreciated and it's also far rarer than the later examples. Unfortunately, I assumed I would hate owning a right-hand-drive car. About a year or so later, that car came up for sale again, and once again, I passed. That decision haunted me for the next five years..." Inundated with regret, Brandon decided to see what RHD car he could snag up and see if his fear of sitting on the right side would bother him. He found a cheap R31 Skyline for sale in his own backyard and loved driving it right away. It was now time reopen the search for the R30. 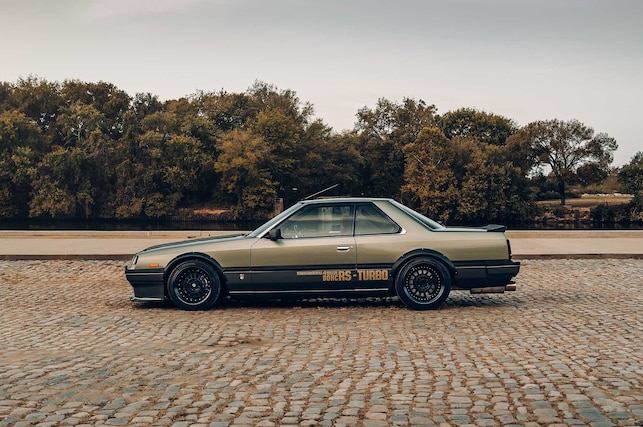 As you can imagine, finding a R30 in the States, let alone a mint condition one, is damn near impossible. Brandon shifted his search parameters to Japanese auction and dealer sites where, in his head, he was looking for a 2000 Turbo RS model with the factory red and black two-tone. Eventually, this particular '84 Skyline surfaced, however it was already well modified and dialed-in. Typically a red flag for most project car owners, but this one just seemed too good to be true and then some. "It was exactly as I would want to build my own for the most part, but it was already fully built, which scared me. I paid a guy to check it out and he told me it was spectacular. It started life as a standard HR30, a base model which means it likely had an anemic L20 inline-six non-turbo engine. My best guess is that they took a rust-free base model and turned it into the car you see now. They spared no expense on the build."

BORN AND BUILT IN JAPAN

A 36-year-old car is bound to show its age, but Brandon reassures us this car is as gorgeous in person as it looks in the photos. The Millennium Jade paint, borrowed from the R34 Skyline GT-R color palette, glistens in the sunlight while it's impossible to find flaws even in the door jambs and engine bay. Speaking of the bay—gone is the original L-series and in went a tuned 2.0-liter FJ20 that's been upgraded with a larger Garrett turbo and Blitz front-mount intercooler. "It's kind of like taking a GT-S and swapping out the RB25 for a GT-R's RB26. The FJ20 was the most powerful four-cylinder at the time, the first sequential fuel injected engine and the predecessor to the SR20DET." Once an OS Giken clutch and NISMO limited-slip were thrown into the mix, the boosted DOHC 16v engine put down 300hp managed by an A'PEXi Power FC system. 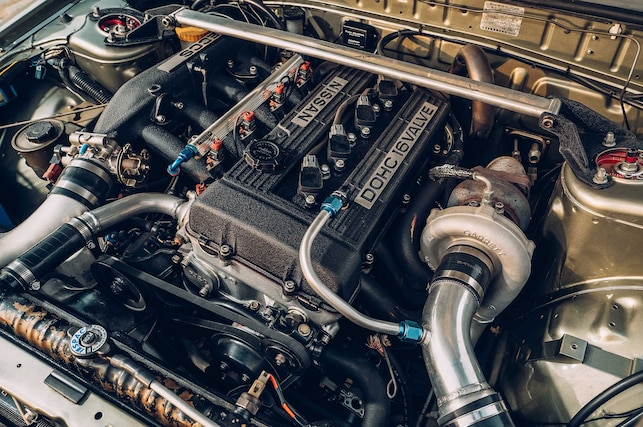 The previous owner also ensured the rest of the spec box was up to bar with Blitz coilovers, Cusco sway bars, R32 brake conversion and staggered Barramundi Design wheels. Inside, the cockpit looks just as immaculate with its OEM equipment perfectly intact, plus the addition of a Recaro driver-side bucket, suede-wrapped rollcage and Nardi steering wheel.

With the Skyline completely vetted out, the next move was pulling the trigger. "I utilized my friends at Japan Parts Service to broker the deal and import the car. They're a sister company to Japanese Classics LLC, and I had used them to import a bunch of stuff already and couldn't have been more pleased to learn they could also import cars. I have known the owner of Japanese Classics for 20 years and was happy to have him help me along the way. And yes, it's fully legal due to the 25-year rule."

Brandon signed the check and four months later, his very own R30 Skyline dream car was sitting his garage, rust-free and in better quality than he could've ever imagined. The only changes he made afterwards were adding a two-tone color scheme, routing the wastegate to the exhaust and, post-photoshoot, swapping out the wheels to RS Watanabe R-Types. "I don't really plan to do much to it other than drive it since it's already so well done. Such a rare thing for me as I love modifying cars, but I never get tired of seeing it in my garage or taking it out for spirited drives which I try to do as often as I can."