10 sets of wheels, 8 bumper lips, 5 wings, 9 pairs of mirrors and 12 years of dedication mean this EG is never left without something to wear 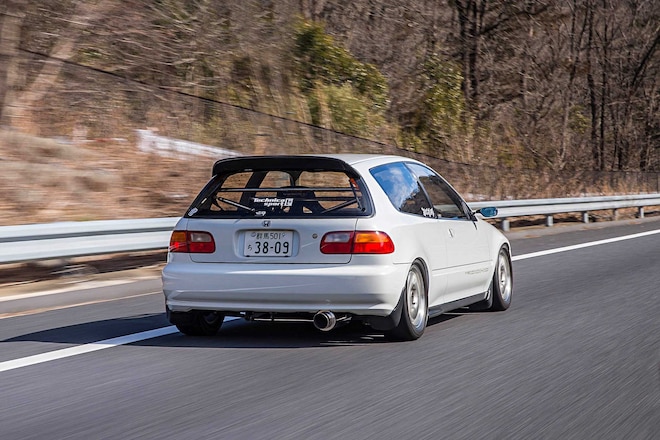 Talk to the owner of any long-term 5th gen. Civic project, like this 1994 JDM Honda Civic SiR II, and regardless of what their focus is, they'll undoubtedly mention the bubbly shaped commuter's modular design and ease of modification. Whether it's the deeper than Atlantis aftermarket parts bin or Honda's unintended OEM cross-chassis compatibility, the '92-to-'95 Civic takes kindly to change.

Masaki Fukuda has been making subtle changes to his SiR II for over 12 years and states, "I won't ever let this Civic go. I will NEVER sell the Civic." The loyalty isn't a love at first drive affair, being that he's owned a number of cars in the past, including an AE86, 180SX, Maxima J30, Audi A4 and even an NA chassis Miata. He's owned and sold an EG6 SiR previously, but this particular hatchback is his "forever car," and to drive that point home it was recently supplemented by an EJ Civic coupe daily driver. 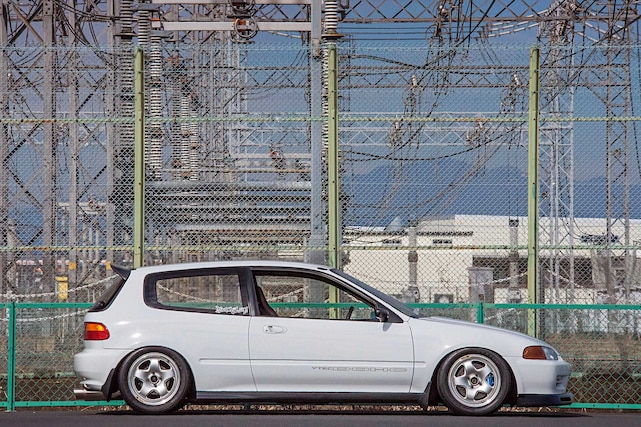 With all of the different directions one can take with the EG chassis, Masaki has avoided the trends over the years and stuck to what he knows and loves - authentic parts that can be easily installed and removed for quick changes. His wheel obsession isn't uncommon; you probably know a few wheel whores with stockpiles of rollers stored away in their garage somewhere. In this case, Masaki's entire collection is in pristine condition, all get used at some point, and in some cases he's got more than one set in a different color to get the look he's after at various points in the year.

On this day, the hatch was dressed in Vision attire, sporting a set of Vision VR-1 wheels along with their front bumper lip, amber corner lights, and Type DC carbon fiber mirrors. While the wheels and lip are seldom seen in any part of the world, the lights and mirrors are a bit more common, and both carry a significant price tag as their selling point has skyrocketed in recent years with demand overshadowing long discontinued supply. Out back, a Spoon carbon fiber spoiler sits atop the hatchback's rear, while its sides get slightly more angular OEM EK side skirts. 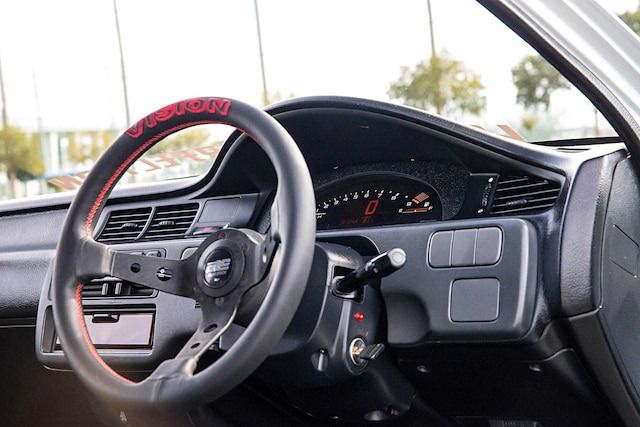 The Vision theme continues inside the car with the brand's Imus model adjustable bucket seats, aluminum shift knob, and a 330mm deep-dish steering wheel produced by ATC. The leather tiller is laced with red stitching that matches that of the seats and features a pronounced "Vision" logo on its face. The rear seat bottoms from an ITR sedan and seat backs from a DC2 Type R grant the cohesive look Masaki was after without the inevitable gap between the upper and lower portions that those only sourcing the coupe's rear seating are faced with. Another cross-chassis change is the AP1 gauge cluster; plucked from Honda's roadster, it replaces the Civic's original analog system.

The number of K-swaps has certainly increased in Japan, but the majority choose to maintain the vehicle's original power plant and Masaki is part of that movement. His original B16 remains, though slightly revised with factory additions that include ITR cams and CTR valve springs, along with a few choice aftermarket changes like a 5Zigen header, Vision exhaust, and ARC intake box with air chamber. It's the one area of the car that Masaki hasn't placed into a constant state of change but noted that his next order of business on this long-term project includes some updates. For now, the freshly wrinkle coated valvecover plugged by a Vision carbon fiber cover and the aforementioned power upgrades keep the car as Honda intended: reliable and fun to drive. 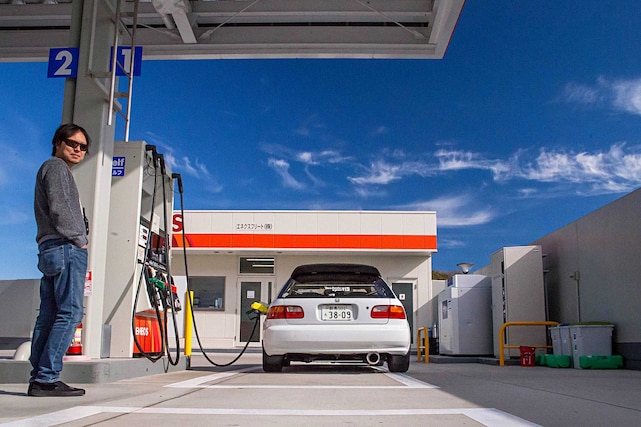 A longtime member of Japan's Lowered2Perfection crew, Masaki is one of the most dedicated 5th gen. owners we've ever encountered. We've seen his car in multiple versions over the years as the die-hard often mixes and matches parts like a rolling Mr. Potato Head. Beyond his incredible collection of OEM and scarce aftermarket parts, his pristine condition SiR II is a build that seems destined to continue defying coming and going trends and easily falls into that often neglected timeless category.

Pay a visit to Masaki's home garage and it's like stepping into a miniature Honda museum with a heavy tilt toward the brand's mid-90s best-selling commuter car. Red label packages from Honda's parts counter, many of which are still sealed, can be found around Masaki's desk area and just to the side, a built-in wall storage houses some incredibly tough-to-find Civic-related parts and memorabilia. Also found in his makeshift mancave are the additional parts he often swaps on and off of his EG: