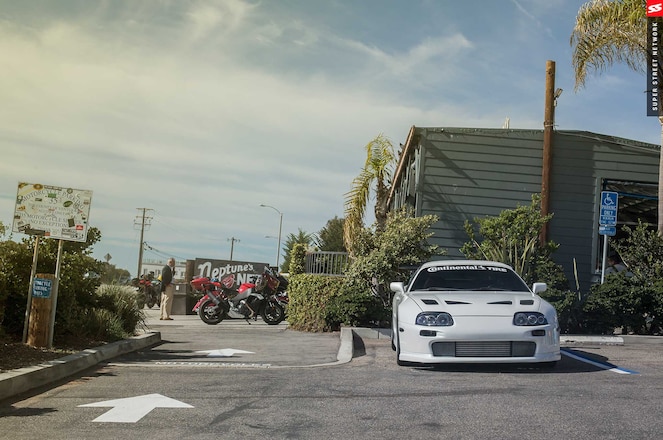 Jordan Cohen's story dates back to '08 when he acquired his first Toyota Supra. He did what any automatic MKIV Supra owner would do—perform a six-speed manual swap, convert the twin-turbo 2JZ to a single turbo, and lay down fatty burnouts all day long with 700 rwhp. He still owns the car today, and we were able to see his gray Supra in action at our inaugural Show Car Shootout. But this story is about a different Supra that he was able to build with his father... 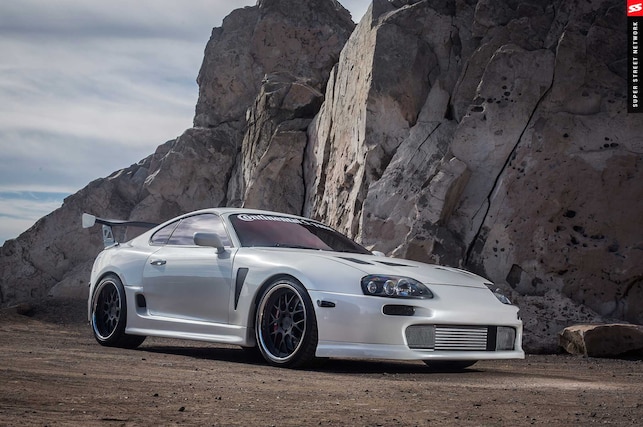 Photo 2/12   |   We're digging how clean and subtle the TRD widebody kit is looking with the Lambo paint job.

Jordan, a chiropractor, comes from a family of doctors. And when he found out his father, Dr. Les Cohen, was in the market for a six-figure sports car, he wanted to see if he could persuade his Pops into buying something along the lines of his own personal car. In '12, Jordon finally got a chance to give his dad a joyride. "Seeing my father in the passenger seat, pulling the grab handle out of pure terror, is something a son never forgets," he laughs. Jordan was almost sure he had upset his father, but he was confronted with a different reality. Dr. Cohen had a change of heart. The next words shocked Jordan as his dad uttered, "I want one." In a matter of a few weeks, the father-son project began with this six-speed '94 Supra Turbo. 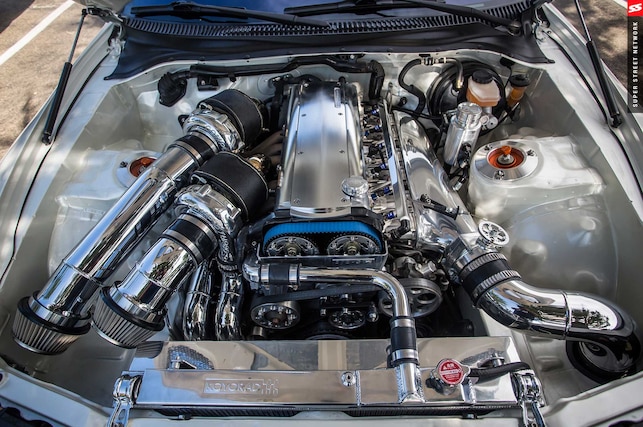 First things first, the car was stripped to its bare shell. The Cohens installed a TRD widebody kit to avoid ruining any body lines and to also be a little different from today's typical fanboy crowd. The MKIV was then painted Balloon White from the Lamborghini color palette. For many Supra fans, a Supra isn't complete without a spoiler, so a Top Secret GT2 wing was mounted to the rear.

To refresh the old the chassis, every bolt, bushing, and bearing was replaced with newer pieces. Ksport coilovers give the Supra its improved handling and lower stance while Brembo big brakes were installed front and rear for greater stopping power.

Under the hood is perhaps where the Cohens' Supra really shines. The low mileage 2JZ-GTE received CP pistons, rings, and rods. Custom power steering and oil cooling systems were designed around an FSR intercooler to maximize the wide front inlet, as well as to direct air into crucial areas. A Koyo radiator also aids in the cooling department. The laundry list of high-quality parts continues with Titan cam gears and a high-flow Hypertune intake manifold. Since Jordan already had good experiences with Comp turbos on his gray Supra, a pair of GT4X triple ball bearing turbos were installed and mated to an HKS manifold. AEM Infinity-10 engine management ensures all the parts work together and produce the most power possible. 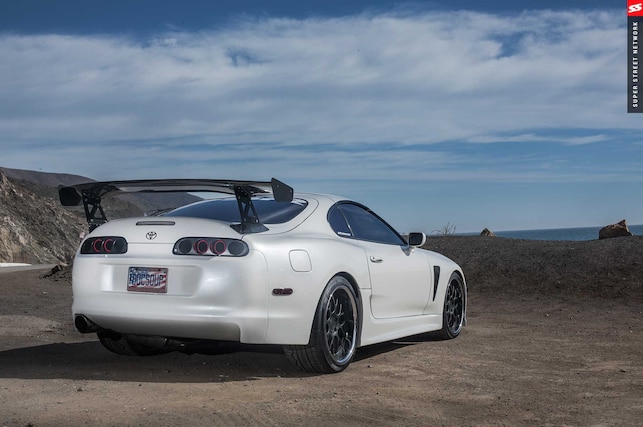 Aside from the go-fast bits, the father-son duo also wanted to make everything show quality, hence the wire tuck and other custom fabricated parts to clean up the engine bay.

With the exterior and engine covered, the last remaining task was the interior. The old and abused leather was replaced with suede and red stitching. Keeping true with the TRD exterior, a TRD cluster and steering wheel gave the interior a slightly updated look, while there's a custom gauge pod in place of the passenger side airbag that holds a set of Defi gauges. 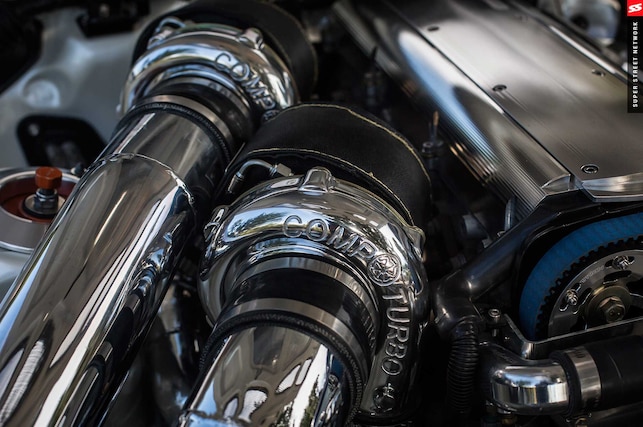 Photo 8/12   |   Upgraded with a pair of Comp GT4X turbos, how much will this bad boy put down at this year's Supras in Vegas?!

After four years, this MKIV might not be the flashiest or most powerful Supra feature car that has graced our pages, but it's a story we can all aspire to—"Son builds Supra, persuades father to build another Supra, they build new Supra together..." We can only hope there are more families like the Cohens out there to help make our tuner community that much more awesome! 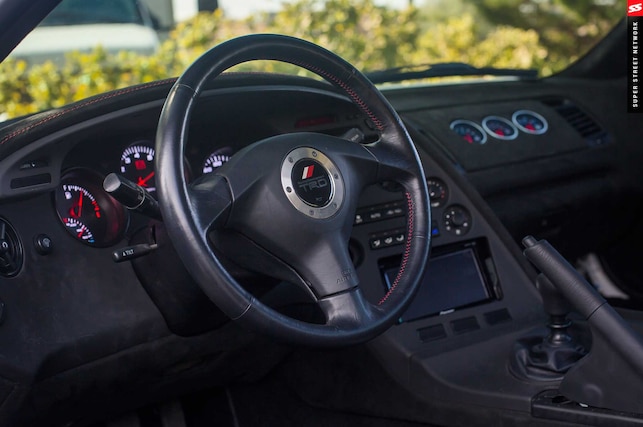 Photo 12/12   |   Nothing over the top, the interior has been reupholstered in suede and features TRD goodies.
View Photo Gallery (12) Photos
SHARE ARTICLE
SuperStreetOnline