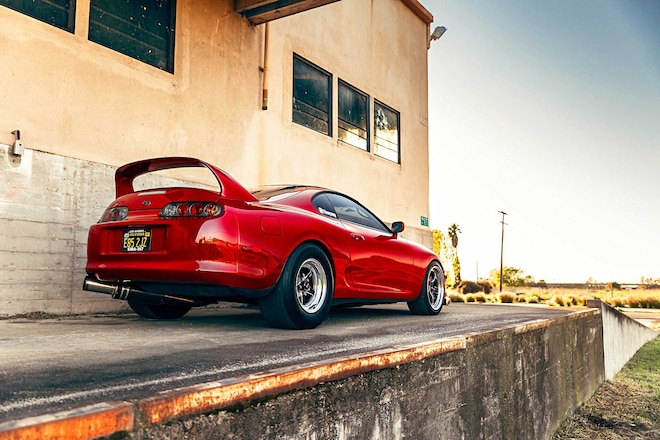 When I think back on all the hand-me-down cars that either I or my friends have driven, they were never really anything cool. A beige Camry with a beige interior, maybe a Honda Accord, and, if we were unlucky enough, a Dodge minivan. Good as they were for getting out of the house, they were not for cruising. Point A to point B, drop me off at the corner before anyone sees me, please. Luckily, Tho Nguyen didn't have this problem. His hand-me-down came twin-turbocharged from the factory. Yes, the ultimate street cruiser if we ever came across one: a '94 Supra. 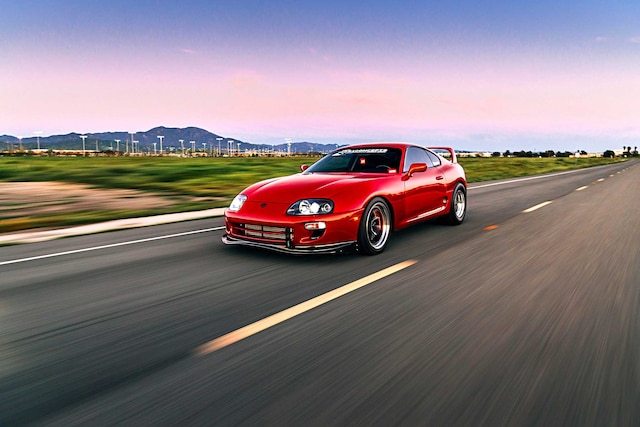 "This car was originally my brother's, back in 2001," Tho begins. "I was in the fourth grade when he bought it, right before the original The Fast and the Furious came out. He would always take me with him for rides, car meets, and the occasional drag races at Sacramento Raceway." When Tho turned 16, he bought his first car, a '98 Integra GS-R, and installed the usual bolt-ons, or what we like to refer to as the holy trinity: a cold-air intake, header, and exhaust. He later turbocharged it and spent most of his time going to the dragstrip, having as much fun as he could racing down the quarter-mile. Then one day, he decided it was time to take control of his brother's Supra.

"The [Supra] sat under a cover for nearly eight years," Tho explains. "After I took ownership, I drove it daily for about a year until I decided to turn it into a street-driven race car." He started modifying it right away, upgrading to a larger single turbo with an upgraded fuel system and ECU tune. He adds, "It made 820 whp on the stock bottom end, and I started to compete in half-mile racing. I thought I was pretty fast until I got spanked by a 1,000hp R35 GT-R. I couldn't let that go. I just couldn't take the L that was handed to me!" That discontentment and desire for more power immediately took over. The 2JZ motor was pulled out and a full rebuild was underway, including the addition of a larger turbo. 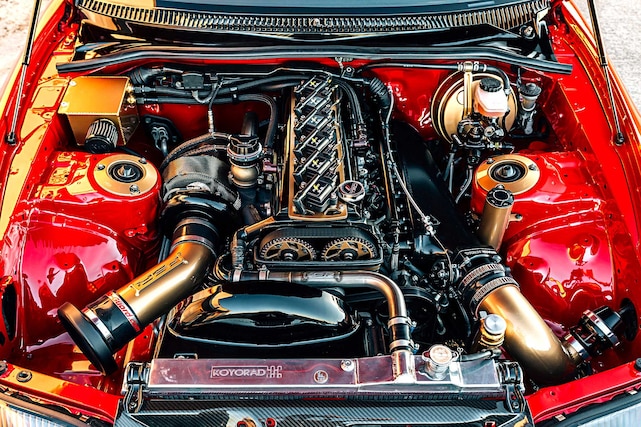 Since completing a more powerful engine setup, Tho continues to compete in as many half-mile events as he can drive his Supra to, as his hunger for competition is not easily satiable. His fastest time? "My personal best standing half-mile is at Shifts3ctor with a 187.57 mph. I hope to break 195-plus mph with the factory V160 six-speed transmission," he says. But, as we mentioned before, this is still a streetable car, and as such, it still retains factory air-conditioning and power steering—even a stereo! "I do drive it on the street more than I race it," Tho says with a laugh.

As you can see, Tho's Supra retains its factory body lines, mostly because his attention is centered on racing versus looks. "I have my half-mile goals, but I do need to work on improving aerodynamics next. I like the Ridox widebody, and if it (or other aero mods) can help me achieve my goals, then that's what it'll take to get there." 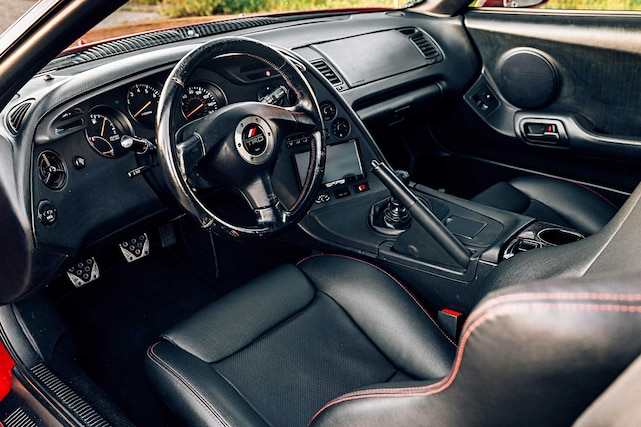 In addition to half-mile racing, Tho's added quarter-mile drag racing back into the mix but has failed tech inspection due to a few oversights, including not having a fully sealed battery box, an emergency shut-off switch from the rear bumper, and more, something he hopes to have completed by the end of the year. Until then, he can sit back in his 1,200-plus-whp Supra and think, I've got the best hand-me-down of all time. We are totally jelly.