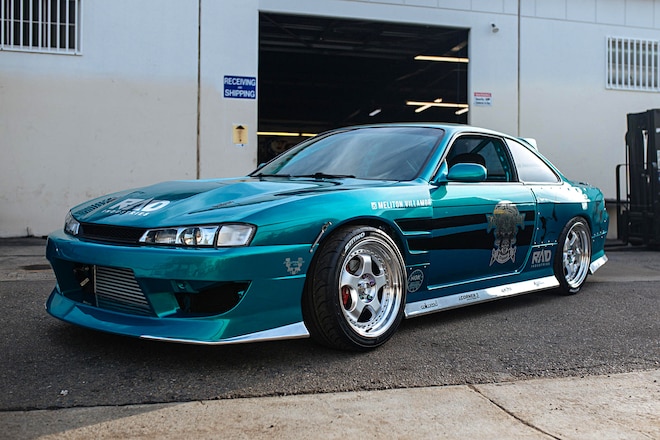 In 1995, a Japanese anime film called Ghost In The Shell challenged its audience to question the definition of humanity determined by what is on the inside. If a being has a robot body with a human brain, is that being human or robot? How much does the inside define the exterior? I know that’s a pretty deep premise to kick off an article about a drift car, but stick with me because I'm going somewhere with it.

Is a Toyota Corolla still a Toyota if it has a Nissan SR20DET engine under the hood? Is a Ford Mustang with a Skyline RB26DETT engine still a Ford? What makes a Nissan, a Nissan? What makes a Toyota, a Toyota? Is it simply the emblem on the hood? What's under the hood? Considering all the ways a car can be modified today, the answers to these questions aren't so simple. 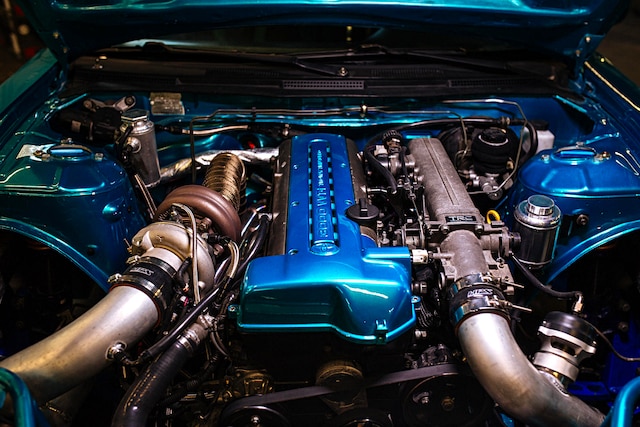 This brings us to Meliton Villamor's 1995 Nissan 240SX (S14 in chassis speak), a vehicle built to compete in the Top Drift pro-am series. This car started out as a daily driver, but we all know how that goes. Things kicked off with a few small modifications, and then the next thing he knew he was dropping a JDM SR20DET engine into his A-to-B car. After what Meliton referred to as "conflict with the local police department" and a referee ticket, he decided that maybe daily driving a car with a not-so-legal engine wasn't the best way to enjoy his build.

It was at that point that Meliton decided to take the plunge, re-register his S14 as non-op and turn it into a dedicated drift car. For a while at least, the SR20DET remained under the hood. Then, on one fateful day, Meliton went on a ride-along with his friend and Formula DRIFT driver Dan Burkett in Dan's Toyota Supra built by RAD Industries. After a wild and nearly vomit-inducing ride, Meliton decided he needed to have some of that sweet, sweet 2JZ power for himself. 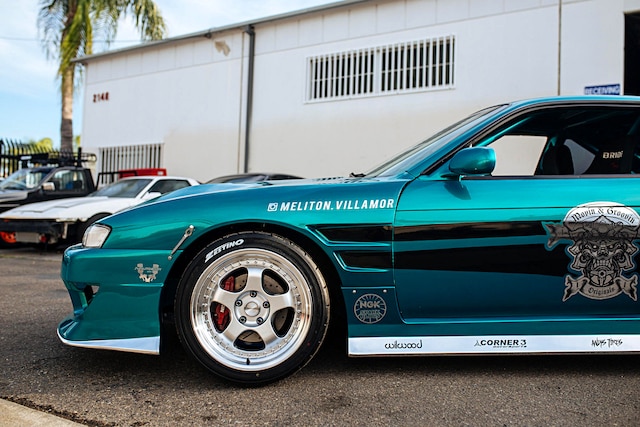 Meliton enlisted the help of RAD Industries to install a refreshed Toyota 2JZ-GTE engine into his Nissan S14, a move that would have been considered sacrilege just a few years ago. The engine was also converted from a twin-turbo set up to a single turbo configuration utilizing a BorgWarner EFR 7670 turbocharger. The engine breathes a bit better with the help of a Drift Motion header and Work 9 straight exhaust.

To get his S14 as sideways as possible, Meliton installed a Wise Fab angle kit and a set of Dmax shocks paired with Swift springs at the corners to keep the car balanced. The S14's shoes come in the form of ESR wheels with 17x8.5-inch fitment up front and 18x9.5-inch in the rear. 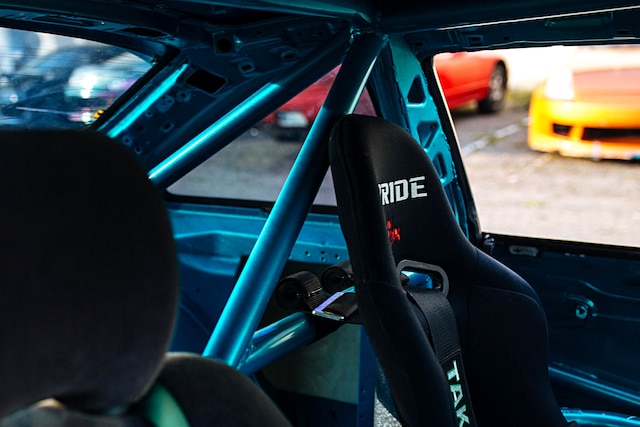 To help give his S14 a wider stance, Meliton picked up a set of Dmax front and rear over fenders and delivered them to RAD Industries to take care of the body work. Eddie Aguayo from Exotic Dragon Customs (best shop name ever!) sprayed the car and Renee Burkett did the graphics.

On the outside Meliton's car looks like a pretty kick-ass Nissan S14, though under the hood is one of Toyota's greatest accomplishments in engineering. So the question again rears its ugly head: what is Meliton's car really? Is it still a Nissan? Or is it a Toyota? The answer is: it doesn't really matter, as long as it's what Meliton intends it to be.