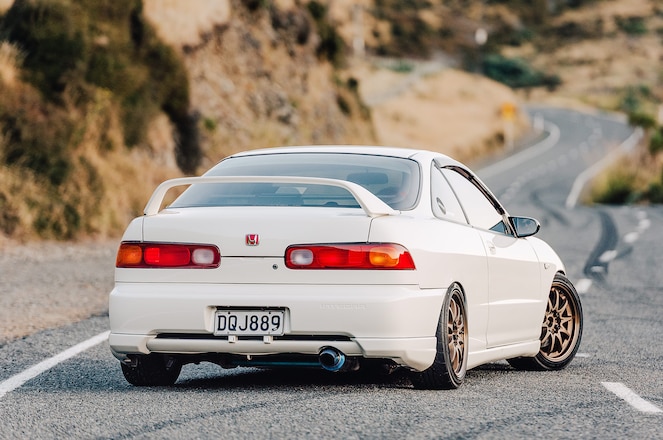 It's rare that we come across a feature car like this 1999 Honda Integra Type R owned by an enthusiast that can say, with a straight face, they're content with their build and not planning to do anything else. Typically, when prodded about what's next, most have a lengthy to-do list with parts in hand waiting to be installed, or they've got aspirations to hunt down more upgrades and the familiar cycle continues. In the case of Matty Kotsifakis of New Zealand, well, he's reached a point where he's happy with his ITR and simply wants to maintain its current status and just continue driving the car as often as possible.

It might even sound a bit strange, not continuing to upgrade over time, especially for someone like Matty, who's made pretty significant changes to Honda's iconic, more track-focused version of its entry-level sport coupe from the late 1990s. Though there are few chassis that carry as much aftermarket support and potential as the third-gen. Integra, Matty's version is as effective as it is age-defying.

The Beginning of An Automotive Addiction

This build isn't his first, and how Matty was pulled into the world of Japanese hot rod building is the same way many of you were - through a parent or sibling. In this instance, his father being an avid muscle car lover inadvertently introduced the V8 side of the car world, which Matty mentions is a vehicle type he certainly appreciates. Furthermore, his older brother PJ and his group of friends had the biggest impact.

"When I was about 10 to 15 years old, seeing my brother and his mates progress with their cars and do them up made me want to do the same." Unfortunately, PJ passed away, but that same group of friends Matty once looked up to would later become his closest friends and the influence never stopped.

An EF chassis Civic was the first one added to Matty's resume, followed by an Accord Euro R project before he began searching, for quite a length of time, for a DC5 Integra Type R. Coming up short in his hunt, he did spot a DC2 that sparked his interest due to how clean it looked in the photos the seller had posted. With the only upgrades being an exhaust and set of springs, it was the perfect candidate for his next build. Unbeknownst to him, the project to be would span a seven-year period into 2020, and he's got no plans of letting it go. 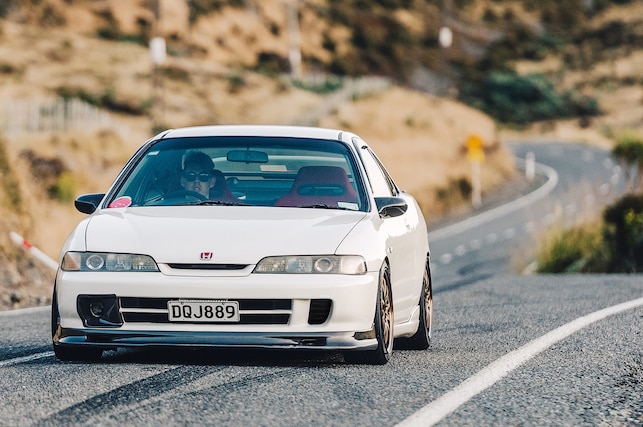 Like most, Matty got right to work and started on the suspension. The aftermarket springs and factory shocks combo that were on the car came off and in went a set of coilovers from BC Racing, which are still on duty to this day. A few more suspension goods were added, along with NSX brakes, and with Hondata on board he had the car tuned and enjoyed that stage of the build for a few years. Then about five years ago, as he was pulling away from an intersection, his B18C called it quits. Now, for most Honda fiends, the next course of action would usually involve sourcing all the parts needed to modernize the '90s hero with K-power, and indeed the thought crossed Matty's mind. "I wanted to do something unique, but I also didn't want to lose the B-series title. I wanted to keep the car clean and genuine to its roots."

After weighing his options and deciding he would in fact be keeping the native powerplant, Matty went through the steps to source a Toda stroker kit - something seldom used under the hood of street cars. Toda's crank, rods and pistons help bring displacement to 1,820cc and up top, the Japanese tuner's C2 cams sit inside a ported head and are backed by the brand's valvetrain, while fine tuning is accessible via their adjustable cam gears. The additional grunt needs to breath and to that end, a Blox V-stack filter directs air to a Skunk2 Ultra Street manifold before the beefed-up internals do their job and send gasses through a Toda V2 header and J's Racing titanium exhaust. 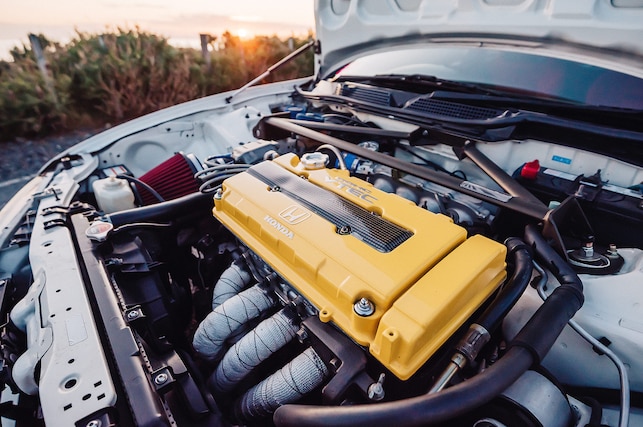 With the help of his good friend Vinay Bhikha leading the engine rebuild and getting it prepared for duty, Matty and his friends worked tirelessly cleaning the engine bay, replacing necessary high-wear items and refurbishing any parts that would carry over in the car's reincarnation. Admittedly, the process took a long, long time, but the goal was to do everything all at once, rather than piecemeal.

In an attempt to address the exterior at the same time, a search for the right set of wheels led to Australia, where a set of 16x8-inch +35 bronze CE28 were scored. Wrapped in Yokohama AD08R, we think you'll agree that the combination is absolutely perfect for the DC2's bodylines. The list of additional exterior changes is short, with only Spoon carbon fiber mirrors and a front lip bolted in place, along with a carbon intake duct in the front grill.

With the car back up and running, it was taken straight to Prestige Tuning & Motorsport for a mild break-in tune on Hondata's S300. After a number of miles and oil changes, it was back on the dyno to get a proper tune, which resulted in over 200whp and the compression and displacement increase equated to far more useable power for this street weapon. 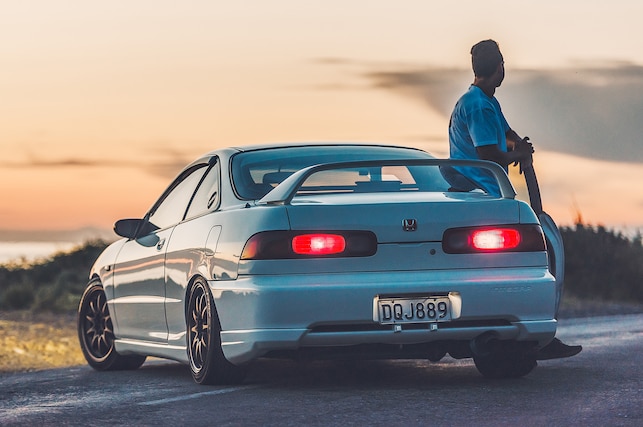 As stated in the beginning, Matty is happy with the build progress and where it stands currently. His only mission is to enjoy the car just as he has been for quite some time. And while the mods have stacked up, most of them are reversible - an important factor when you consider the unbalanced supply and demand of the DC2 chassis worldwide. If the day ever comes and Matty decides to sell his 1999 Honda Integra Type R, we're positive there will be a line of people that would pay top dollar but don't hold your breath.