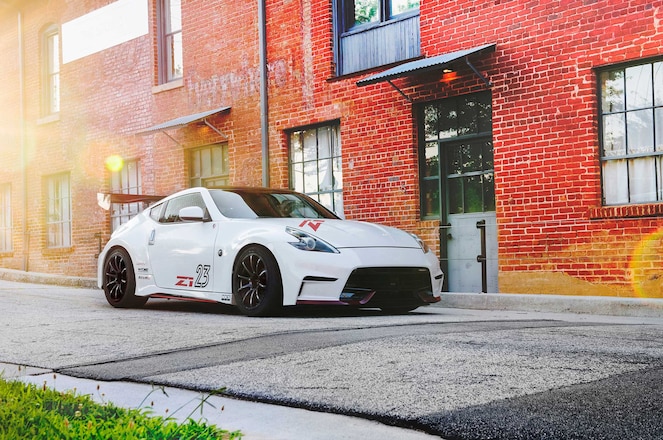 Have you ever looked at the Nissan 370Z—largely unchanged in its nearly 10 years on the market—then let your gaze wander across the showroom at the new Infiniti Q60 coupe with its mouthwatering twin-turbocharged engine and thought about what might have been? For the team at Z1 Motorsports in Georgia, it was time to make that fantasy a reality and correct Nissan's oversight by breaking ground on the first motorsports-ready VR30DTT swap for the current-generation Z car. Not only is the project history in the making, but it also reaches back to touch on Z1's own unique past as a longtime Nissan tuner. 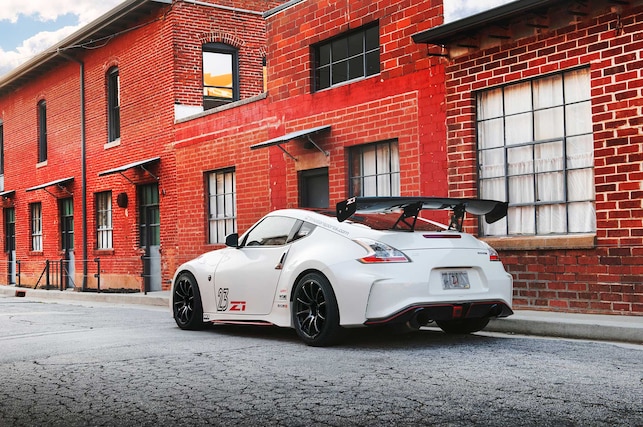 "The car we chose for the swap was actually purchased way back in late 2008, when the 370Z was first released," says Russell Floyd, president of Z1 Motorsports. "It spent its first thousand miles on the dyno while we swapped exhausts and intakes and tried out all sorts of new parts we were developing for the platform. Over the course of the next 10 years, it's been used and abused in almost every way possible as our time-attack car, dragstrip ride, drift chariot, NASA trial competitor...you name it."

That lengthy tour of duty also included five years of hard-core road course competition, during which Z1 developed a full twin-turbo kit for the car to go along with the company's strong-selling naturally aspirated engine upgrades. 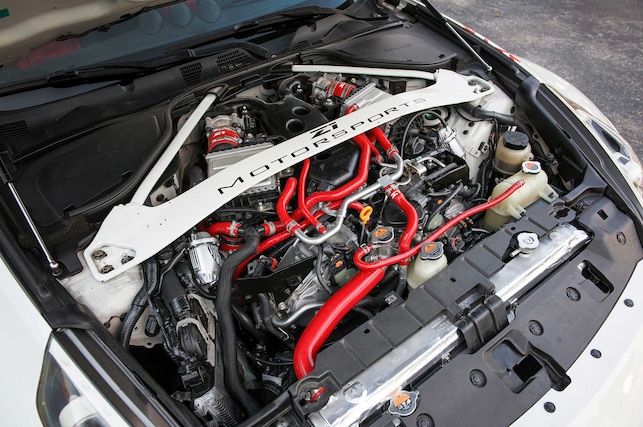 "We realized we weren't going to be competitive anymore unless we added serious power to the platform," Floyd continues. "With all the braking and suspension improvements we made to the car, once the twin-turbo kit was installed, we started holding our own against the Corvettes and Porsches in our class. We were dealing with a number of issues, however, particularly all the heat generated by the VQ37 engine, which runs warm even in NA form."

Realizing that on a racetrack, the turbocharged 370Z was facing more than a few limitations, Z1 Motorsports turned its attention to the newly released Infiniti twins—the Q50 sedan and the Q60 coupe—each of which was available with a 400hp twin-turbo 3.0L V-6. "We bought one of the first Q60 coupes several years ago and have done substantial development with it, including many laps around Road Atlanta. It is not a track car. It could be turned into one but would require extensive modifications and removal of factory systems and components. So we started to develop a series of upgrades for the VR30DTT intended to be used in an actual high-performance environment, rather than just a stanced Q60 at a car show," Floyd explains. "Moving the powerplant from the Q60 to the 370Z made a lot of sense. It gave us a significant weight reduction, and it allowed us to run a manual gearbox. The automatic transmission and steer-by-wire systems in the stock Infiniti simply couldn't stand up to regular track use, so we avoided those problems, too."

Z1 had already worked closely with Nissan on the Project Clubsport the previous year, which installed the same engine in the 370Z. That vehicle was never intended to see a track or be offered to the public, however, so the challenges facing the engineering team the second time around were a little trickier to deal with. After four months of development, the car was very close to where the company wanted it. Members of the team pointed to issues such as sourcing a flywheel that would mate with the six-speed and the VR30 engine, as well as dealing with the complex electronic systems that had to be convinced to work with the Z's onboard systems rather than the stock Infiniti setup. Partner UpRev would step up to provide an assist on the tuning side so the original ECU could be kept with the engine with no need for a standalone or piggyback controller. 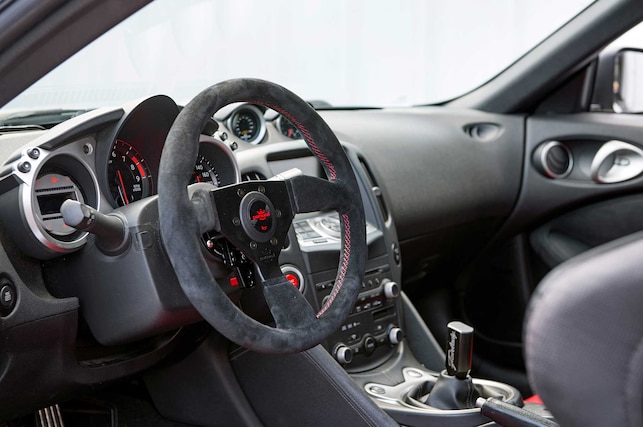 "The advantages of tuning the VR for the 370Z over turbocharging the VQ have been significant," Floyd tells us. "The weight of the Infiniti engine is significantly lower without all the extra plumbing we had to use in our twin-turbo kit, and the heat management is an order of magnitude better—even with the factory intercooler in place."

Then, of course, there's the power. With the car putting out 470 horses and 505 lb-ft of torque at the rear wheels, the 370Z is an absolute blast to drive. "The car is unbelievably responsive," says Z1's president. "With the smaller turbos and the very short intake, there's absolutely no lag at all, and the direct-injection system helps the entire unit come together for very efficient, and surprisingly brutal power in an instant." 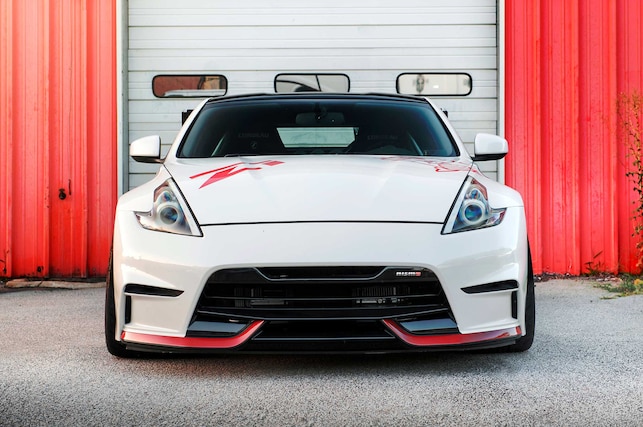 Z1 Motorsports got its start a tuner for the Z32-generation 300ZX cars, and in many ways, the VR engine reminds Floyd what it was like working on that particular model. "The new engine required only minor mods and the removal of the catalytic converters for us to double its power," Floyd says. "It's a real blast from the past. Instead of seeing bolt-ons add 20 or 30 horses, like they have for the last decade or so of Z development, we're back to offering ridiculous numbers for a similar price. Downpipes and a tune are giving us 150 lb-ft of torque on this car, which is a great value for customers moving forward."

It's that last part of the sentence that indicates what Z fans the world over are eager to see in the 370Z's next iteration. The entire Z1 Motorsports team has its fingers crossed that the next-generation Nissan coupe will be outfitted with the VR30DTT right from the factory so it can once against claim its place among the top-tier sports cars on the market. Here's hoping this spectacular Z isn't just a token of glory days gone by but also a crystal ball pointing toward the car's future.