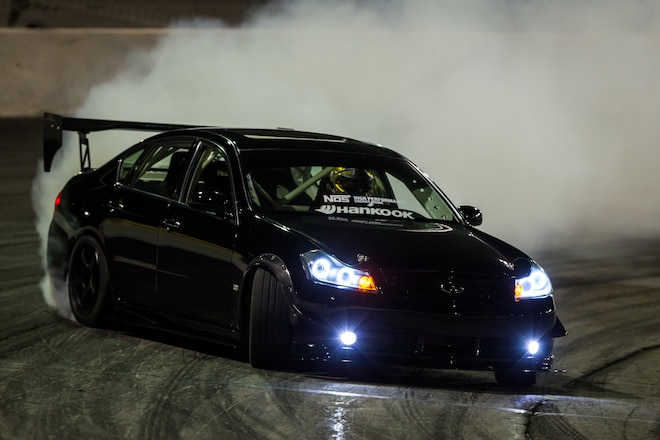 With all due respect to a certain Drift Alliance homie of reigning Formula D drivers champ Chris Forsberg, but we beg to differ about who the “ultimate fun-haver” is. Sure, Forsberg can turn on the talent when the need arises; you don’t earn three championships – the most of any pilot in the series – without being able to tap into greatness. But it’s his toys that give away how Forsberg likes to get loose, like his award-winning 1975 Datsun 280Z. Or his 2010 Infiniti M35 demo car – er, um, we mean M56. 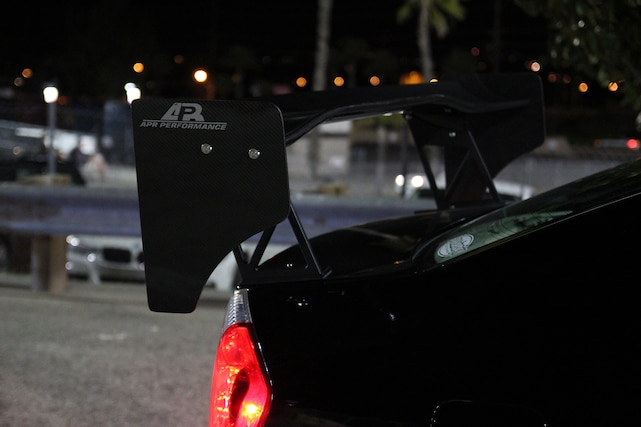 The M56 designation is more accurate, given the Nissan VK56DE 5.6-liter V8 that now resides under hood. Also no longer appropriate is the car’s first nickname: La Flama Blanca, or “the white flame.” As everyone who was out at the opening 2017 Thursday Night Drift test and tune session at Irwindale Speedway last week got to see, that flame is decidedly less white these days. 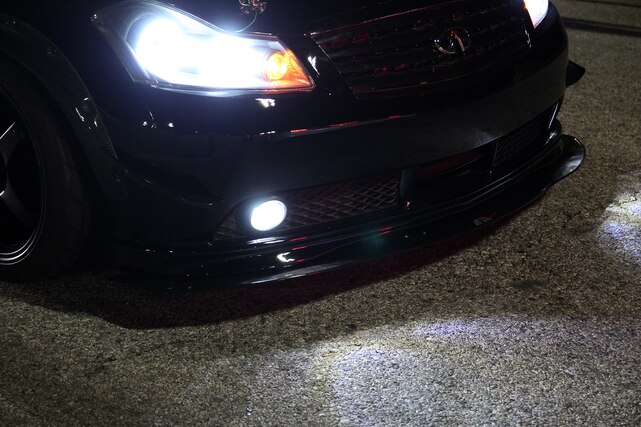 Forsberg’s Infiniti sedan has gone through some changes in the off-season – mostly cosmetic, but 100 percent approved by Super Street. For starters, Sam’s Auto Land in Gardena turned the car from white to black, making this blanca negra. Team partners APR Performance hooked up some major aero upgrades – a GT300 rear wing, custom carbon diffuser, canards, and front and side splitters. Finally, ONEighty provided the headlights to cut through the darkness. 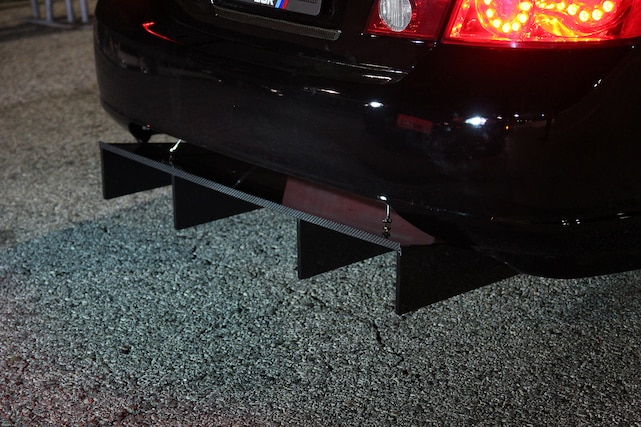 The end result is a murdered out four-door that’s ready to have its ass flung around while hauling a complete complement of passengers. Check out the photos we got of the sedan at Irwindale, and be on the lookout for La Flama Negra this year as we assume she’ll be making her way across this great land to hand out ride-alongs. 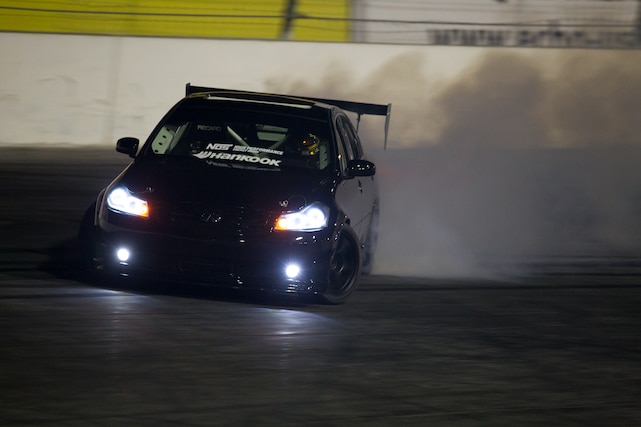