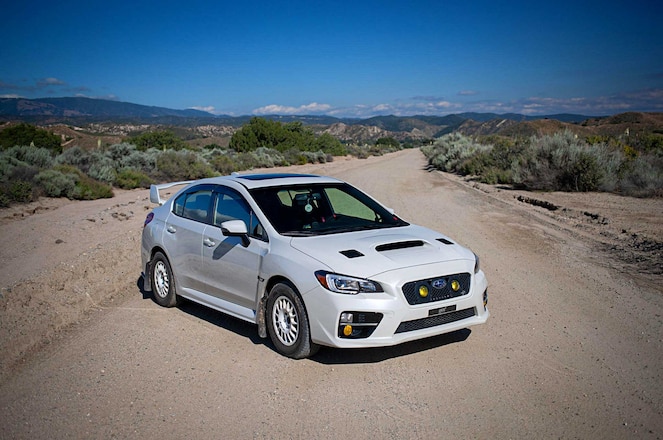 These are strange times. When otherwise sensible people are lifting (rather than dumping) their sport compacts and other J brand coupes and sedans (not trucks or SUVs)—when our favorite entry at a recent car show was an off-road built (not VIP) Lexus LS—we know something is amiss. More and more of our followers are ditching the low life for a higher calling, literally, and it's really cool to see a new wrinkle to a scene that's been pretty reliably about cutting ride height, not raising it. 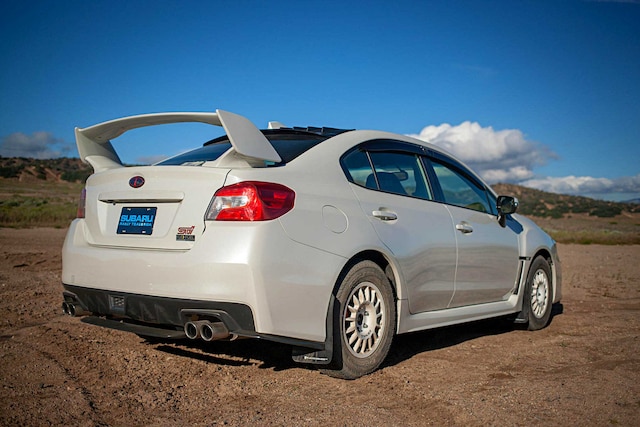 Close to home, we've seen a couple in Japan lift their S-chassis, and even the Super Street staff has its overland projects (a GR chassis WRX and a Lexus UX). Recently, one of the bosses tipped us off to a video contractor for our parent company who shoots for Motor Trend and Truck Trend and mentioned his 2015 STI was more of a daily rallycrosser than a platform for glamping. Riley Gibson Graf is part-time student, part-time videographer, and fulltime owner of this VA Subaru WRX STI, which over time he's pieced together to expressly duck out of normal commutes and go bomb some fire roads.

In high school, while others daydreamed of Fast & Furious-inspired fantasy midnight runs, Riley was playing rally racing sims on the computers in class. Dirt 2 was his doorway into the wider world of gravel driving and sending cars off jumps, and before long he was old enough and scraped up enough dough to buy his first WRX, inspired too by the still-fresh-for-the-time Ken Block "Gymkhana" videos. In 2017 he picked up this STI used, and what first began as equipping his car for traversing the dirt roads around the Tahoe area of California and Nevada soon morphed into prepping for his first grassroots rallycrosses. 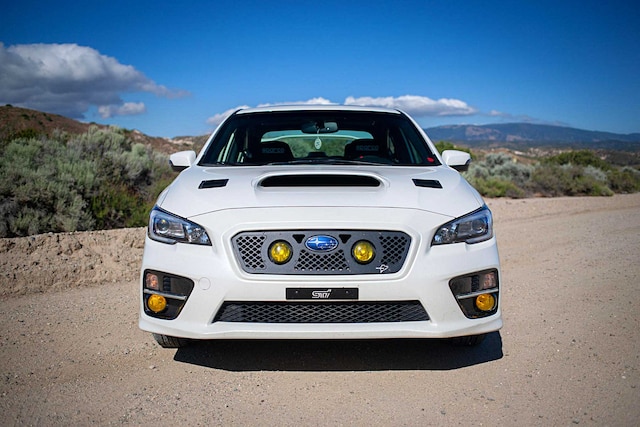 "The reason I started modifying my car in a rally direction was because I had seen what Bucky Lasek was doing with his [4th generation] STI," Riley explains. "It inspired me to try and make something that would be a lot of fun on gravel roads and in the dirt!" 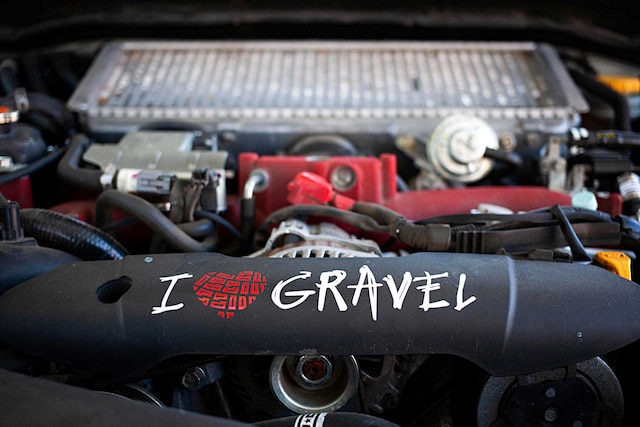 While subtle, upon close inspection Riley's STI does betray its dirty intentions; the Primitive Racing front and rear skid-plates, Rallyarmor mud flaps, and Subispeed Nurburgring Challenge grille with light pods aren't just for looks, they function, too. At the corners are appropriately rally-spec 15x6.5-inch Enkei RC-G4 rollers shod in 205/70R 15 Yokohama Geolandar ATs, and to rein in wheel rotations the Subaru is equipped with DBA/KNS gravel brake rotors and the internet-famous Fuji Heavy Industries 4pot/2pot Group N calipers swap, with StopTech Street pads biting down in each. Fun off-road can only be had with clearance, though, and to achieve that Riley installed a set of Primitive Racing King Springs 1-inch lift springs, as well as Perrin 25mm diameter rear anti-sway bar and Kartboy rear end links to mitigate body roll.

As far as power, this sedan is still on daily driver duty, so Riley didn't want to overdo it. Looking into options, he discovered the mill in his whip—the much-revered EJ257 flat-4—is in fact suspected of not working well with California's relatively low 91-octane fuel. With several on forums reporting detonation and even piston ring land failure in extreme cases, Riley decided err on the side of caution and take the cooler-combusting ethanol path; his H4's fueling system has been overhauled with an AEM E85 340lph pump, Injector Dynamics ID 1040 injectors, a Cobb pressure regulator, and necessary FlexFuel sensor. 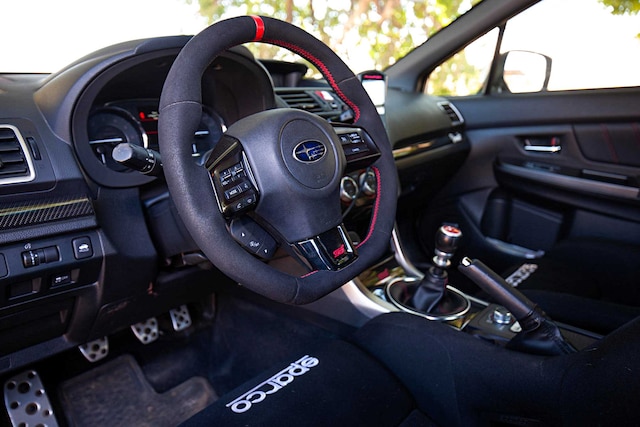 If we weren't allergic to everything, we might be inclined to trek beyond our urban and suburban confines and do a little off-roading. As it is, we're perfectly okay living vicariously through guys like Riley, who is really all about that life; his other daily is a 2008 Outback XT, and you know he probably takes that AWD rig everywhere. Looking ahead, Riley aims to enter a few SCCA Rallycross events in the future with his VA STI; he's also possibly (probably) hitting up "some gravel roads in the desert!" Like we didn't see that coming.