Novitec carbon aero, Senna seats and simple bolt-ons equate to one of the sexiest supercars on the streets of California. 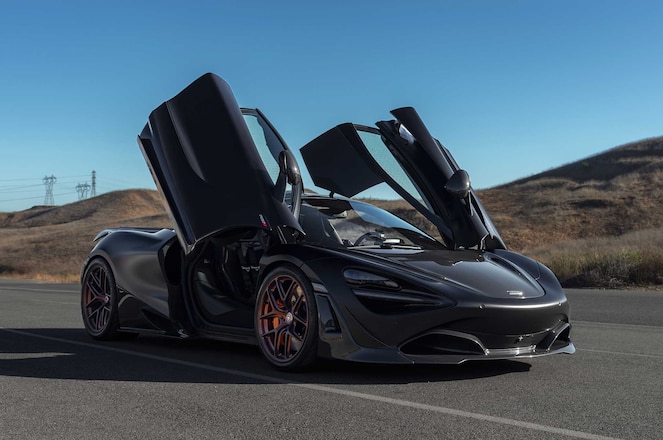 Saying this car is a beast is an understatement, and quite frankly, having that much power at your fingertips should require a special license. However, there are a handful of thrillseekers out there that always want more and in today's case, Andre Wetzell of Southern California is on a mission to not just own one of the fastest street-legal supercars out there, but also to break the 1,000whp mark. 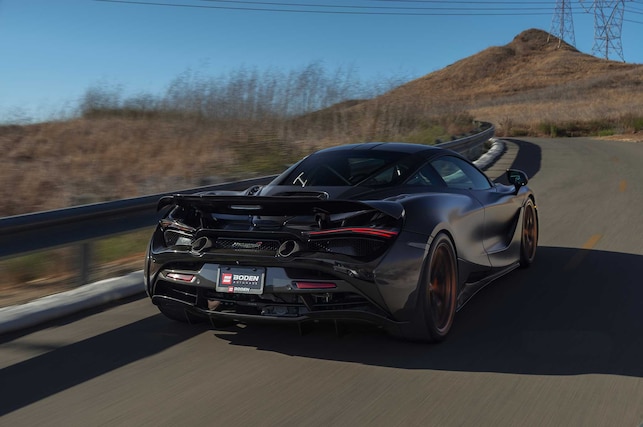 Now there's a lot of McLaren owners that simply throw on a set of flashy wheels, wrap their car some obnoxious color and all it a day. Not Andre. His background in cars runs deep in the tuning scene. "I've been modifying cars out of the garage since I was 15, always competing with friends to see who had the fastest cars and it hasn't stopped since. My first project car was a 1990 Nissan 240SX with a SR20DET swap putting down 470whp with bolt-ons. Plenty more after that like an SRT4, Evo IV MR, CLS55, E63 and Huracan, just to name a few...but nothing compares to the 720. McLaren has been my dream car since it came out in the Need for Speed II video game in 1997. I always told myself I'll get a McLaren one day, and it finally came true in January this year."

Andre's 720S would undergo a series of modifications to improve its styling first, which includes a very comprehensive carbon fiber body kit from German-based Novitec, lightweight HRE forged monoblok wheels, 100-treadwear Toyo R888R tires and lowering springs. There's also some drool-worthy hardware inside such as the MSO rollcage (one of two in the United States) as well as legit pair of Senna carbon fiber bucket seats. The sum of all these parts are tasteful and pleasing to the eyes, but not Andre's ultimate end game... 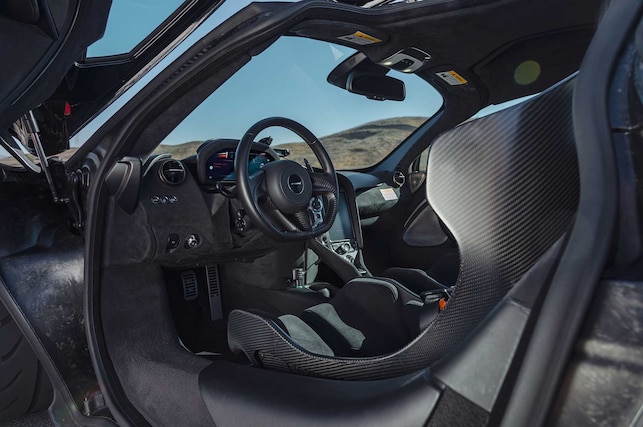 "My goal was to put down 1,000whp and make it to the four-digit mark. Boden Autohaus fitted the kit, wheels and suspension but they also built the downpipes and exhaust for it. I love the quality of their work and team. For software, I went with M Engineering. They hold the top spots for the fastest McLarens in the world with custom features like rolling anti-lag, map switching, remote tuning and much more. The car makes 950whp now and I fell short of my goal by 50whp. The next step is a built motor or add a 75-shot of nitrous and meth, which is still in the works."

So, just how fast is 950whp? Well, during Motor Trend's test of a stock 720S, the two-door coupe ran a 10.1-second quarter-mile at 141.5mph. With a couple extra hundred horsepower and stickier tires, Andre's best quarter-mile times are in the low nines at a trap speed 157mph. "Power is ready to be unleashed at any rpm and it's capable of lighting up the tires at 90+mph with traction control off." Sounds pretty insane to us and we can't imagine needing to go any faster, however, Andre's confident he'll be able to break the 1,000whp mark and run eights at the drag strip in no time. It's not a question of "if", but "when".