Home  |  Features  |  2021 Polaris Slingshot Update: More affordable base model and an automatic transmission that doesn’t suck
Subscribe to the Free

3-wheeled Slingshot now comes with paddle shifters and a starting price of $19,999 MSRP. 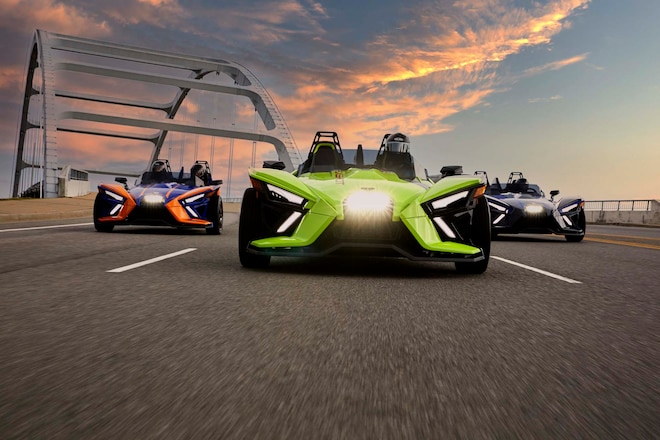 To most seasoned car guys, the three-wheeled Slingshot comes across as being a bit odd-looking and somewhat pointless. Half of us wouldn't be caught dead driving/riding one, considering we know the project cars we're accustomed to building will be faster and more tunable. I shared the same exact same sentiment, - that is, until I popped my Polaris cherry in 2017. Quite frankly, I was giggling like a little kid inside my helmet the second I was buckled in. Equipped with a five-speed manual that transferred 173hp and 166 lb-ft of torque from a 2.4-liter four-cylinder GM engine, its wide rear tire would break loose each time I accelerated out of a corner or punched it from a stoplight. It was a fun toy that I could scare my friends with thanks to a passenger seat, open-air motorcycle-like cockpit and very low proximity to the ground. Despite mediocre power numbers, it weighed less than 1,800 lbs, which made it feel like I was going super-fast even though the speedo read 60 or 70mph. It's a vehicle I didn't dare creep into triple digit speeds (for safety and stability reasons), but as a weekend toy, I could appreciate it. 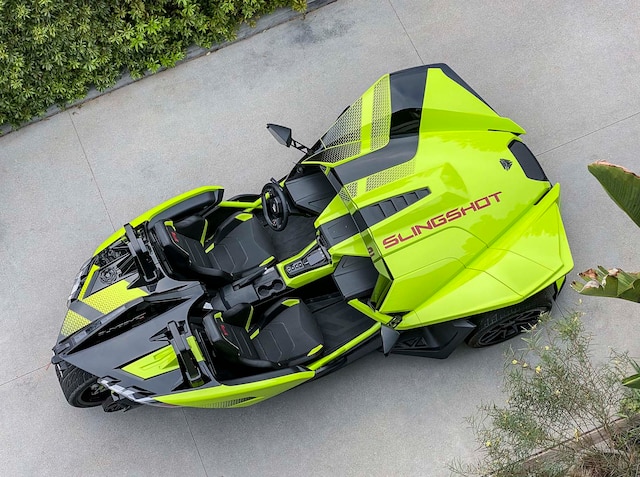 Jump to February of this year and I was back in the saddle of the redesigned 2020 Slingshot R. Polaris ditched the old Ecotec engine for a more efficient, in-house engineered 2.0-liter ProStar motor rated at 203hp and 144 lb-ft of torque. What was special was the new powerplant could rev up to 8,500rpm and reach 0-60mph in 4.9-seconds - enough to keep pace with the likes of a Mitsubishi Evo X or BMW E46 M3, half a second faster than the Civic Type R, and, if you're in a Subaru BRZ, forget about it. 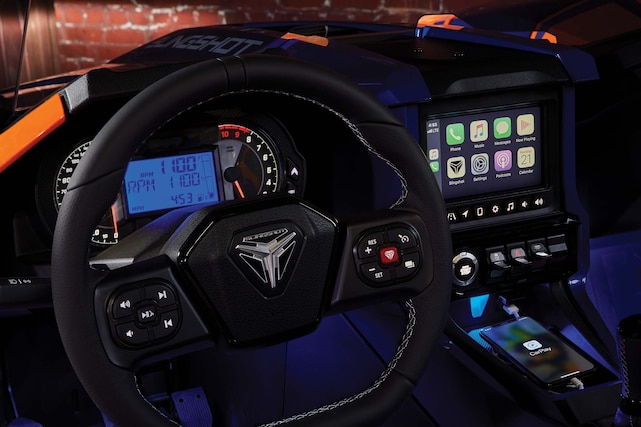 Polaris also introduced a hydraulic actuated AutoDrive tranny (only a manual gearbox was offered since Slingshots were introduced in 2014). I didn't care much for the auto as its shifts were delayed and sluggish, and it also lacked paddle shifters. Little did I know though, making the Slingshot appeal to a larger pool of customers that didn't know how to operate a third pedal would transform their business model moving forward, which brings us to today's announcement Polaris has unveiled a few key improvements geared toward attracting more curious riders with a quicker-shifting automatic, much-needed paddle shifters and a lower priced S model (starts as low as $19,999 MSRP with a manual).

Since Polaris introduced its AutoDrive 10 months ago, 80% of new Slingshot purchases are automatics (this is despite journalists like me bashing on them). New customers also consist of more women and a multicultural audience, which is why the 2021 models boast more accessories (there's now 100+ you can buy directly from Polaris), limited edition trims (with neon fade paint) and three different audio packages powered by Rockford Fosgate. 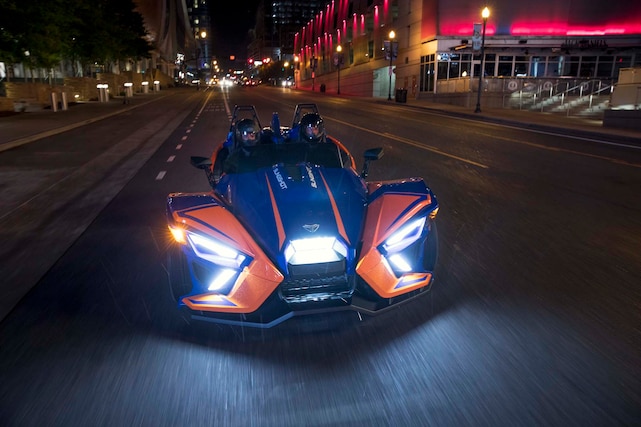 It seems Polaris has hit their stride as the Slingshot continued to evolve more as a fashion figure and lifestyle statement than a high performance machine (although I can attest it can still rip when you want it to). I won't dive into the different color combinations and customization options because you can spend hours on their website looking at that stuff anyway. I was more concerned about how the new automatic stacked up, and right away, it shifted smoother, quicker and more consistent. The previous AutoDrive tended to be jerky and also bump you out of gear when you were engaged at an RPM it didn't like, especially if you weren't full throttle. The tuning and mapping was off; however, that's been fixed along with the addition of paddle shifters which I strongly preferred over keeping it in automatic mode (note: there's also a "Slingshot Mode" that improves throttle response and tightens steering which I recommend). After the first few corners of getting accustomed to the motorcycle-automobile hybrid, I was bouncing the Slingshot off redline, pushing the limits of those Kenda tires and hugging the corners of Malibu as tight and I could, all while up- and downshifting using the paddles. Don't expect it to be as quick as a dual-clutch tranny, but it's also not as pedestrian as the CVT in your mom's Prius. The updated automatic has progressed, is tolerable, and perhaps best of all, it doesn't suck. I returned my Slingshot after three hours of good rompin' feeling satisfied and maybe a little fatigued. I can report that it's still a thrilling driving experience even with the absence of a clutch. I still have to ask myself if I would ever own or buy one. I've heard of some crazy owners turbocharging Slingshots and there are a couple LS- and 2JZ-swapped examples floating around. I'd still like to see what one would look like in the hands of the right tuner, perhaps with some different body panels and a familiar set of wheels. Until then, I'll continue to appreciate the Slingshot for what it is and respect them as they become more openly available to the masses with a commendable automatic transmission and with Polaris' ongoing legislative push to make them legal in all 50 states with a valid driver's license. A part of me shuns every time I see one with its radio blasting and neon lights flashing, but then I remember the excitement of driving one in the canyons and the undeniable smirk it left on my face.