The 2022 BRZ sports a new look, stiffer chassis, and more engine displacement with a bump in power (but no boost ).

At the end of the day, it's all about perception. In enthusiast circles, Subaru is supposed to be one of just two current car brands that champions the horizontally opposed power plant, in addition to AWD layouts and turbocharging. By design, its BRZ naturally aspirated RWD coupe jointly developed with Toyota is going to be an outlier; its reason for being is to carry on the legacy of the AE86 and not any sports car Subaru ever produced. But that doesn't mean there haven't been cries from the Subie faithful and car fans in general to bring it into the fold - to hop up that so-so NA 2.0L lump with a little bit of reliable Subaru boost. And so, a lot of us believed that had to be next, a turbocharged next generation BRZ was definitely coming down the pike, and an enormous wrong in the world would finally be righted.

Except that's not what's happening. For reasons we're sure to hear about soon, Subaru's new global platform BRZ RWD coupe for the next era will indeed still have an all-motor Boxer engine, although it's displacing another 400cc of air. For the 2022 model year, the BRZ will also have more power, some styling and tech updates, and even a 50-percent increase in chassis torsional stiffness. But it won't have a turbo snail.

Not that it'll be any less fun to drive, and in fact Subaru has turned up performance just a bit to make the new BRZ even more of a hoot. Horsepower is pegged at 228 from the 2.4L flat-4, up over 20hp from what the outgoing FA20 was rated at, with torque seeing similar gains, and while we may end up eating our words, we think the mill is the same found in the current gen. Ascent, Legacy and Outback. Coupled with the BRZ's low center of gravity and low relative weight (it did gain some poundage with the bigger engine, but Subaru says it's still the lightest RWD 2+2 production sports car in the U.S. market) and knowing what we do about how fun and predictable the first gen. was, this new version seems ready to heighten the good times even more. 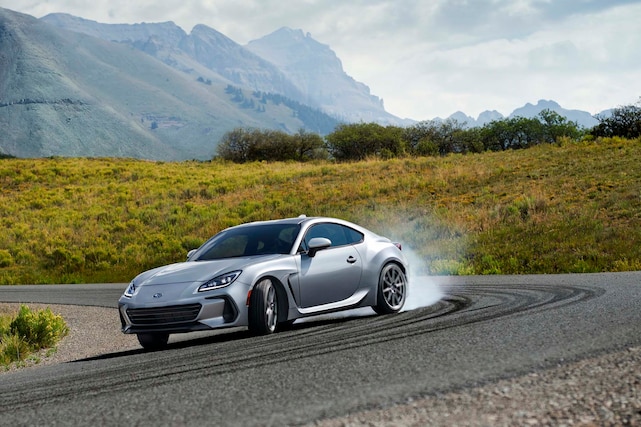 To that end, the new BRZ's underpinnings have been improved for a stouter foundation. From Subaru's press materials for the car, it looks like they reengineered the front and rear subframes and in particular reinforced how they mount to the unibody, in the process making the chassis stiffer. The automaker indicates front lateral bend rigidity on the '22 BRZ has gone up some 60 percent versus the last BRZ, and making the car stiffer helps the suspension and steering do its job, keeping its handling predictable.

Like the first-gen., we get two trims of new BRZ, Premium and Limited, and two transmission choices, a standard 6-speed manual (save the manuals!) or an available 6-speed automatic with a "new" Sport mode, which is to say it's been reprogrammed to make the car a tad racier. Subaru says with the paddle-shifted auto trans in Sport mode, the BRZ allows for quicker downshifts with automatic throttle blipping and uses yaw sensors to hold the transmission in a lower gear during hard cornering. 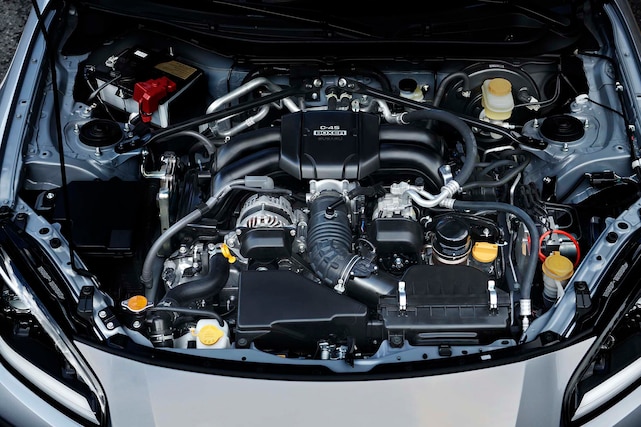 With the recent releases of the Nissan Z Proto and the new BMW M3 and M4, everyone became familiar (again) with what happens when OEMs are perceived to be making daring moves when it comes to the design of beloved models. Fans become polarized, sometimes in the ugliest ways. We feel like the new BRZ, while definitely heading in a different direction, still looks enough like its predecessor that we can see the family resemblance, and that's not a bad thing. In fact, the first-gen. BRZ and Toyota 86/Scion FR-S were so similar in appearance, we welcome a little bit of distinction (we still have yet to see what the new version of the 86 will come out looking like, though).

At first glance, we got a couple of vibes from different angles of the new BRZ; to us, the front third of the coupe looked a little Porsche Cayman, while the taillights echoed faintly the shape of the tails on the ninth-gen. Civic. As we got into the substance of the redesign, we got a little more meat, like how the coupe is just over an inch longer and almost a half inch lower than its predecessor. The front fender "flares" are especially pronounced, in part because of the new functional side vent at the trailing edge of the fenders, but also because the car's canopy has been narrowed slightly. 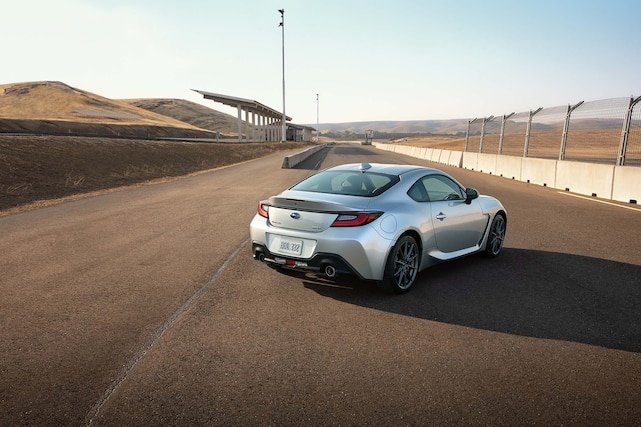 The fender side vents direct ducted air from under the hood to side sill spoilers that are said to create downforce at speed. Additional factory aero includes small fins at the back of the rear-wheel arches and a much more subtle rear duckbill spoiler integrated into the trunk lid.

To go with the new mechanicals and new styling, Subaru developed a new cabin for its next-gen. BRZ, one that's even more driver centered than the last one. Traditional gauges are gone from the dash, replaced by a customizable 7-inch digital dashboard; it features a programmable meter that can change to show amps, water temperature, or a g-meter, and when the BRZ is put in track mode, the display's tach automatically shifts to a linear graph with a color gradation that allows for a quick read. The '22 BRZ's standard traction control system has also been redesigned for track driving to allow more input from the driver before it activates the traction system, and the new Subaru coupe's touchscreen infotainment head unit now boasts an 8-inch display instead of the 7-inch one from the last gen.

Whether you view the BRZ as a legit Subaru or some sort of watered-down offshoot, the next generation is on its way and largely sticking to the script, with the OEM still seemingly commited to perfecting a formula that, admittedly, is a little outside of their wheelhouse. While the loudest among us might decry the improvements as merely timid, we know how the game is played at the automaker level, and the next-gen. BRZ is undeniably improved in ways every enthusiast should be grateful for. The 2022 Subaru BRZ will go on sale early fall of 2021. 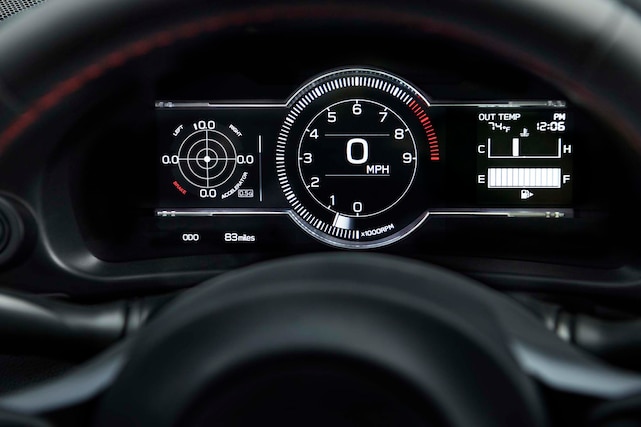 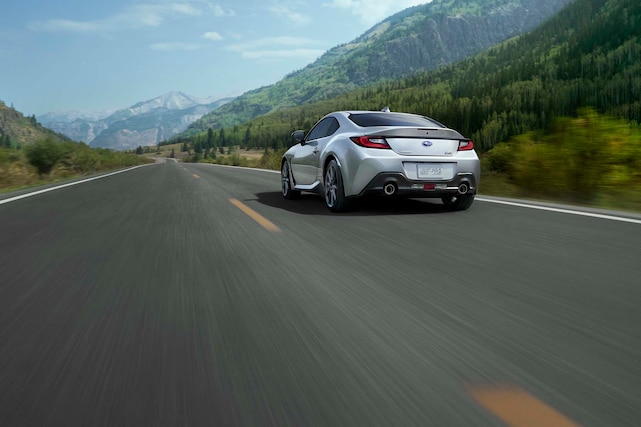