Most car guys won't buy a soft top. They will, quite reasonably, point out that the lack of metal roof means something is missing structurally, leading to body flex (aka scuttle shake). This phenomenon leads to poor suspension setups and less-than-precise steering. It also necessitates having reinforcement under the car, which brings extra weight. In most cases, it's a lose-lose situation. The Porsche Boxster isn't most cases. Even serious drivers would consider one of these. Not least because it's a Porsche, and a relatively affordable one at that. Having its engine mounted just behind the two seats helps with the structural integrity, which also has payoffs in handling and balance. It's a different driving rhythm to the "slow in, fast out" 911, but the Boxster has its own delights.

Let's be serious, people don't really need big horsepower. Opportunities to really put that push to the pavement are rare and becoming rarer. Something with tidy handling and sufficient muscle to exploit it is going to be just as much fun, maybe even more so. Perhaps Porsche was slightly cynical when it introduced the Boxster, building something that would appeal to a greater section of the motoring public, but the company still made it worthy of the badge. Which is one heck of a badge. And it did help finances, since the car became the biggest seller until the Cayenne came along. 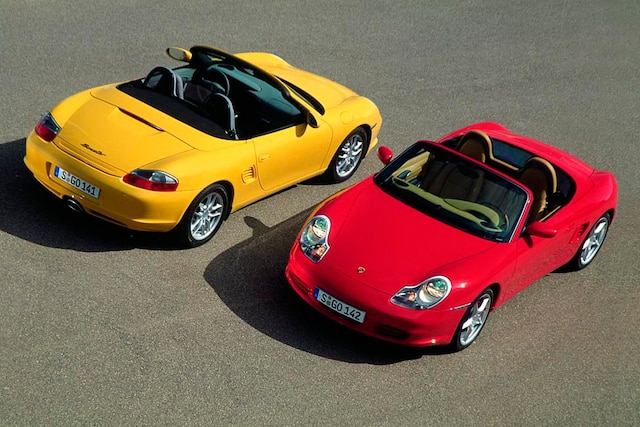 The Boxster, code-named 986, launched in 1996 and was developed alongside the 996 911. It's almost impossible to tell the difference looking head-on at both cars (hint: the front bumpers are slightly different). Not exactly a good thing, since those "runny egg" headlamps had just started gracing Porsche noses. These were generally considered unattractive and Porsche ditched them for the second generation. But they're really not that bad and there have been plenty of cars since with uglier headlamps. 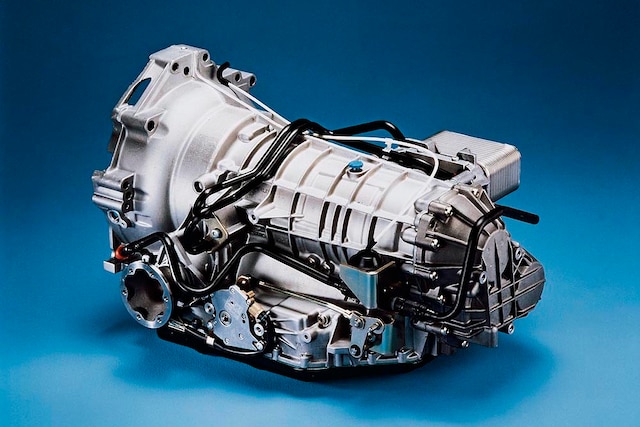 At this point, Porsche had to stop using air-cooled engines (because of emissions regulations) and go to all water-cooled. The first Boxster came with a 2.5L horizontally opposed six-cylinder (yes, it still sounds great) making 204 hp and 181 lb-ft driving the rear wheels through a five-speed manual transmission or a five-speed Tiptronic S auto. It was upgraded to 2.7 liters, 217 hp and 192 lb-ft in 2000. 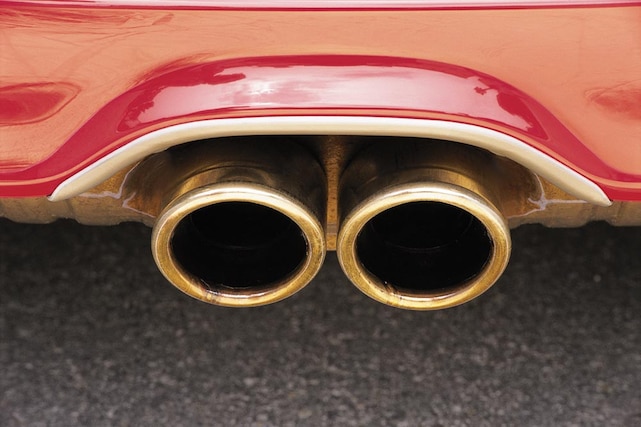 This was a good year, because that's when the Boxster S also appeared, starting life with 250 hp and 225 lb-ft of torque from a 3.2L flat-six and one extra ratio in its manual transmission. The differences in suspension between a regular model and the S are that the latter has higher spring rates (25 percent front, 23 percent rear), retuned shock absorber damping, increased toe-in stiffness through longer rear lower control arms, and increased camber stiffness from larger wheel bearings, improving stability in high-speed cornering. 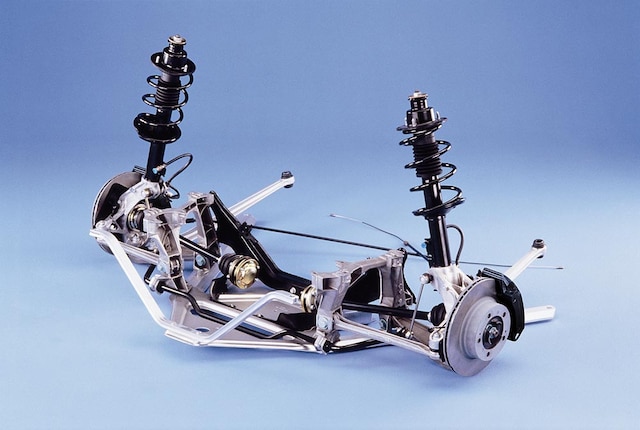 The regular Boxster saw another output hike in 2003, going up to 228 hp and 192 lb-ft, while the S was raised to 258 hp and 229 lb-ft. The plastic rear window was replaced by a glass version at the same time. The yellow "yoke" in the headlamp was changed to a clear lens over the turn signal. 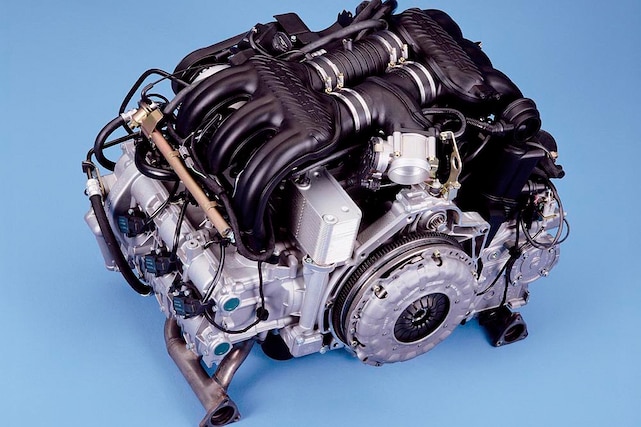 Examples with high miles will probably need several things replaced, like suspension parts (especially control arms), brake pads, and tires. Porsche parts aren't cheap. So buy as new as the savings allow. A good idea could be to find a car with a single owner who has looked after it properly, instead of one that might have had a few owners from various states, even if the former has more miles on the clock. 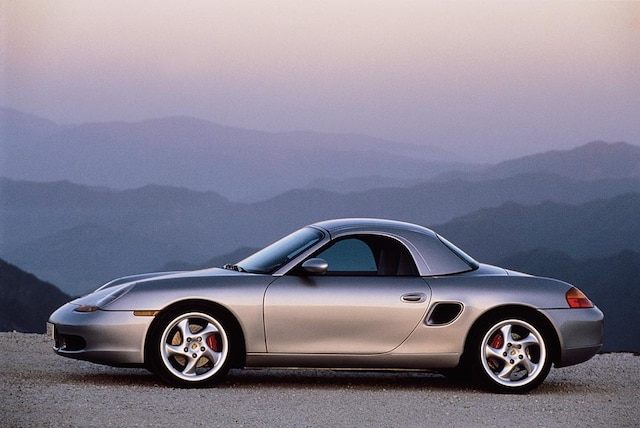 Porsche dealerships don't have a nationwide network where service records from one part of the country can be consulted in another. And a lot of owners would probably not use a main dealer anyway, preferring to use a cheaper technician. 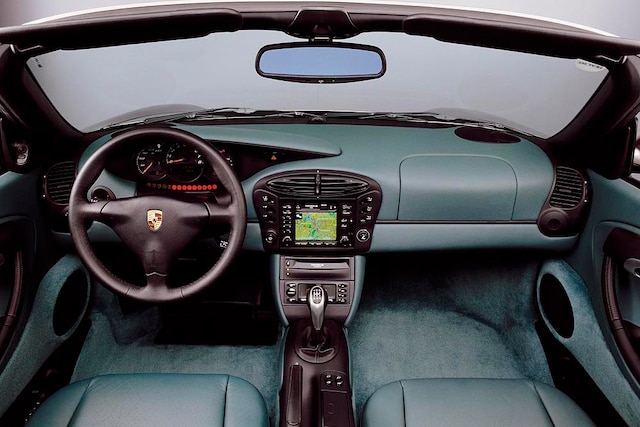 Speaking of which, make friends with a Porsche specialist mechanic. Close friends. Christmas card-swapping friends. Come on over for Thanksgiving kind of friends. Preferably one with a Porsche System Tester 2 (PST2) diagnostic tool. This little magic box will tell the user whether an engine has been over-revved. If it's been done too frequently, then we know the seller is, um, not the smartest or most mechanically sympathetic gentleman on the block. Porsche could also use this evidence to contest any warranty claims for a new engine. 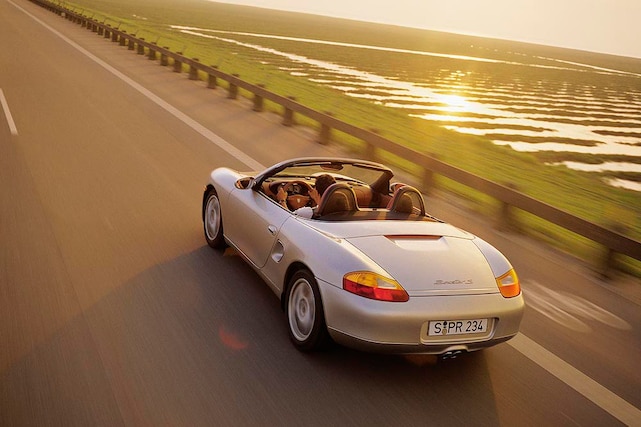 Brake discs need to be renewed with every third change of pads; they can't be re-surfaced. Porsches are not cheap to run or buy, although a decent inspection is money well spent. Make sure it includes a laser wheel alignment to see if the car's been crashed and not repaired properly. The Boxster is known for chewing tires, but the Michelin PS2 is a fine choice. 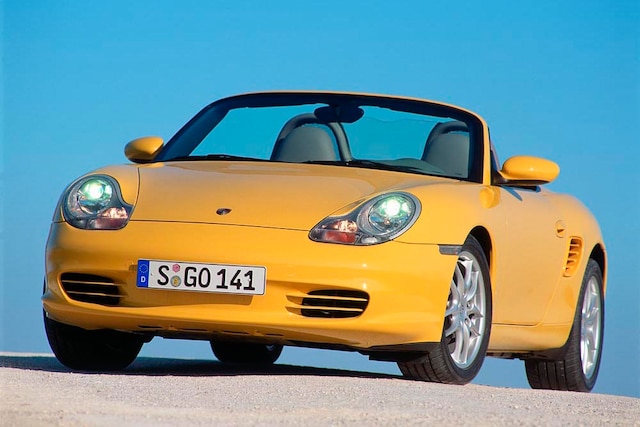 Early 2.5 engines had issues with cylinder liners. Sadly, that's not the only thing. Owners should check regularly for oil leaks, because the rear main oil seal will fail. It's not that expensive as a component, but accessing it requires the removal of the rear bumper, exhaust, transmission, and flywheel. Those are some big labor costs right there. 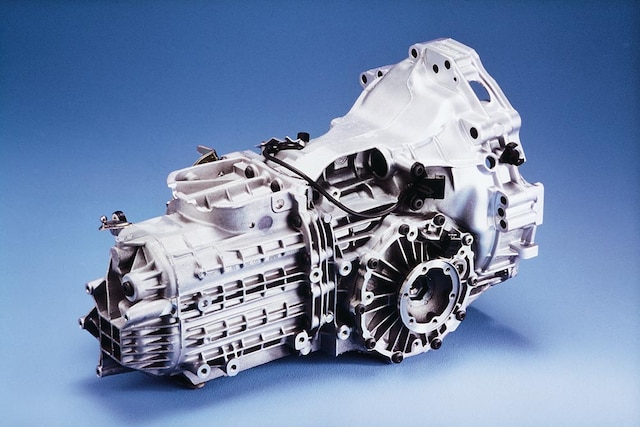 The intermediate shaft regulates timing chains. The usual story is that its bearing is prone to failure. It's a little more involved than that. Early engines had a pretty tough dual-row bearing, which was changed to the dodgy single-row bearing. In 2005, it was changed again to a larger and more reliable single-row bearing. If (or rather when) a dodgy one goes pop, it's a possible engine rebuild—which basically means selling one of your kids (what the heck? It's a two-seater anyway). Seriously, get it checked out and replaced at least when it's time to renew the clutch. Do that main oil seal too, while everything has been dismantled. Apparently, the Cayenne main oil seal will fit a Boxster and is a sturdier item. Unless someone bought a 986 Boxster new, drove it a couple of times, and then garaged it for the intervening 10 years or so, chances are most of those troubles have already been fixed. With the right oil and the right maintenance, there's no reason why these engines can't do high miles.

Some heads have cracked, some water pumps have weakened, some ignition switches have gone on the fritz, but it isn't just the greasy bits that need looking at. There should be a little Lexan windbreak between the two headrests, along with rollbar inserts. These are easily stolen when the car is parked with its top down, and driving roofless without them is miserable. Pay close attention to the state of the canvas roof and its open/close mechanism. Both sets of keys are necessary, as are manuals and tools. All these things cost a lot of money to replace. Inspect the trunk carpet around the coolant reservoir—dark spots could signal a possible leak. 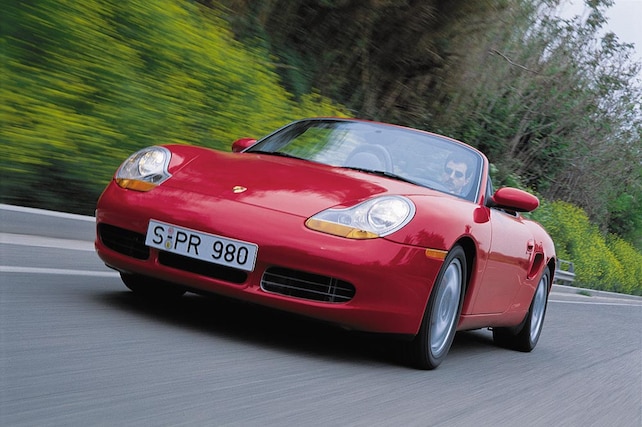 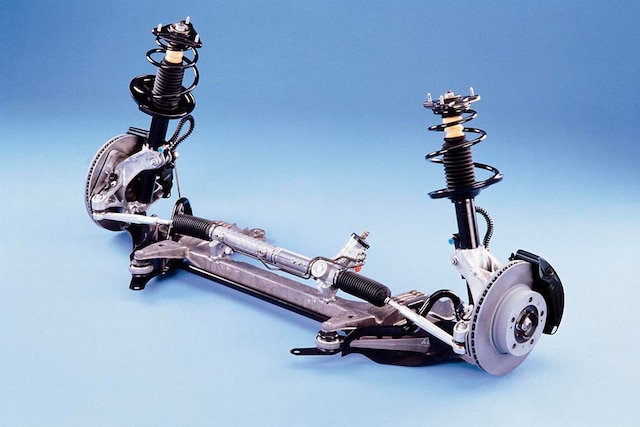 A look on the local Craigslist found an (admittedly good-looking) '03 S with 65,600 miles, a Bose audio system, and an asking price of $15,500. At the same time, there was a '00 2.7 with 35,000 miles priced at $13,500. In that example's favor, it does have the dual-row IMS bearing and the owner had kept all the service records, plus the old oil filter to show that there were no little bits of debris in the engine. 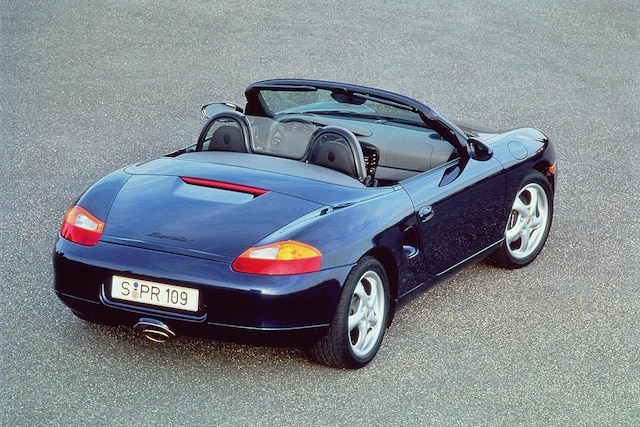 Do the homework and make sure you have a firm grasp of what is a decent price. A few sellers appear to have overly optimistic ideas about how much their cars are worth. It's been said before, but it's worth repeating: Get any potential purchase checked over by a specialist. Digest as much information as possible before and after buying. This is a commitment, but it's worth it. Life is too short not to own a Porsche at some point. A Boxster could be just the right one. 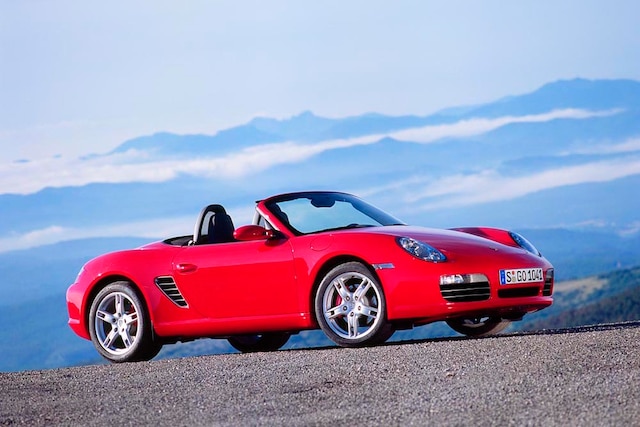