VW Bring Out The Best In Its Latest Golf And Jetta

It's easy to see why the folks at Volkswagen chose the Julian Mountains just north of San Diego as the testing grounds for the new 1.8T Golf GLS. Some highway stomping time and lots and lots of snake-like turns are an automotive journalist's wet dream (well, aside from naked women, bubble bath, the usual stuff) if it involves the right car. I'm talking about something that can be tossed with confidence and really pull on the straights! The new turbo-equipped Golf fits the mold.

Granted, a Volkswagen isn't the very first thing that comes to mind when you're talking about windy road performance. That's usually reserved for the Subaru Impreza 2.5RS or Type R anything. But VW has come a long way, and the new 1.8T can give any hot hatch a run for its money. A few years ago, the Golf GTI VR6 took some steps in that direction. The new 1.8T plants its feet there.

Second gear is where I found the initial lift, which tugs the revs anxiously into Third and Fourth (where I often ended up too late into a turn). Oh yeah, the brakes modulate nice and evenly, too. The chassis carries the car into the higher speeds without breaking a sweat, and on the highway, I reached the 80-ish zone without a single nervous rattle.

Another important thing you should know: My 1.8T test car was also equipped with VW's new Sport Suspension package, which will be available as an option (price as yet unknown) on all 2001 Golfs and Jettas. This meant that the car didn't handle like the see-saws of Golfs past. The Sport Suspension equipped 1.8T may not sustain daydreams of being Colin McRae, but you can now really throw this thing around, which we, of course, strongly recommend, under all circumstances. 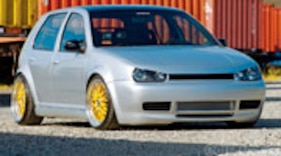 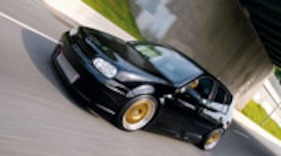 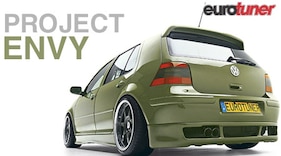 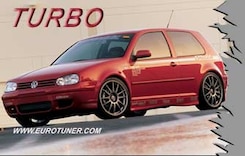