Getting coached in the Swiss Army Knife of Mazda race cars 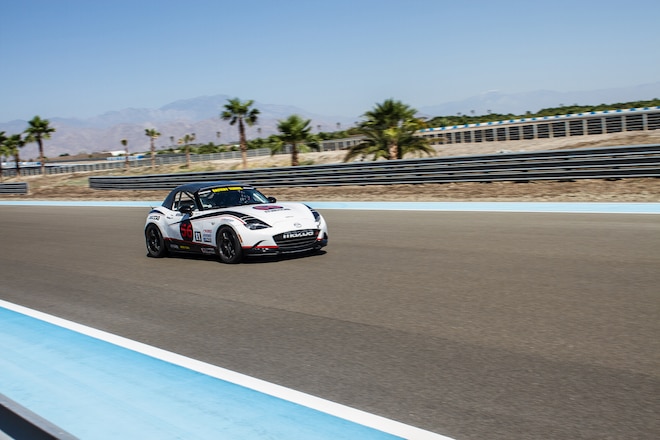 No matter how you slice it, motorsports is not a cheap hobby. It doesn't matter if it's at the very bottom, grassroots enthusiast level, or all the way up to the triple-digit multimillion-dollar budgets of Formula 1 and NASCAR – generally speaking, it costs a significant amount of money to race a car on a track, be it against other cars, a clock, or just for fun.

Making matters more challenging is the fact that different clubs, sanctioning bodies, and racing series have different rules and technical regulations. That means it’s pretty difficult to build one DIY race car while satisfying technical requirements in several different organizations. If someone wants to race several different clubs or sanctioning bodies, it may mean making major modifications to their car before each event, which isn't fun or cheap. 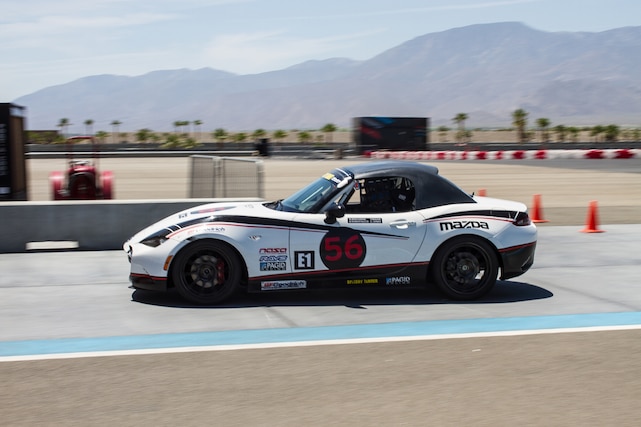 That is where Mazda Motorsport's new Global MX-5 Cup car comes in. With the relatively new Global MX-5 Cup Car program, racers can buy a complete car from one place that has 99.9 percent of everything needed to go racing in several countries, all without having to worry making major changes to the car to conform to different safety and tech regulations (hence the "Global" part).

All of the 2016 Mazda Global MX-5 Cup cars are all built out of one shop, Long Road Racing based in North Carolina. A 100 percent factory stock MX-5 is sent to Long Road straight from Japan and then the shop does the work of disassembling and then reassembling the car into Cup-spec. 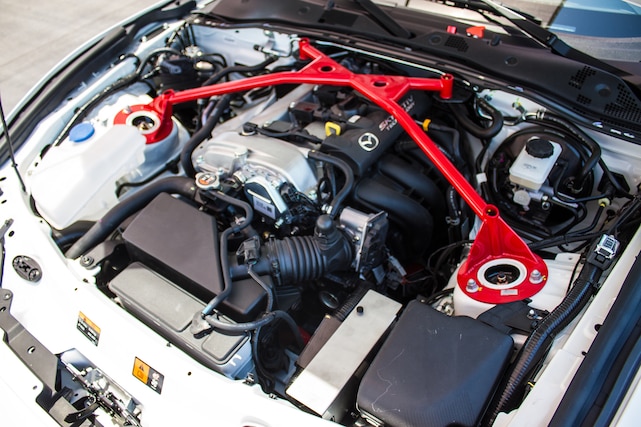 Before starting this program, Mazda Motorsports and Long Road racing worked together and pored over rulebooks and regulations from the major racing sanctioning bodies like the FIA and SCCA. From there they were able to come up with a spec that would result in a race car that can literally be raced all over the world in a breadth of series and clubs.

That's great, but when all is said and done, what’s it actually like to drive a car that is meant to be an almost all-purpose racer? 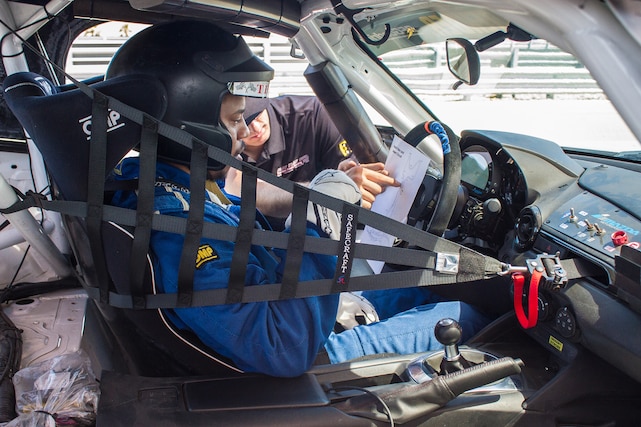 Mazda Motorsports invited a small number of journalists out to The Thermal Club just south of Palm Springs to do just that. If you've never heard of The Thermal Club, just imagine a high-end luxury country club but instead of a golf course, there is a private race track on the premises. Waiting for us upon arrival was a MX-5 Cup Car, a lead tech from the MX-5 Cup Series, and 2014 MX-5 Cup Champion, Kenton Koch.

From there the plan was simple: take a few laps in the race car, then come in and let Kenton go over the telemetry and provide some suggestions based on the data. We would then apply Kenton's tips during a second session, after which the data would be compared to measure any improvement. 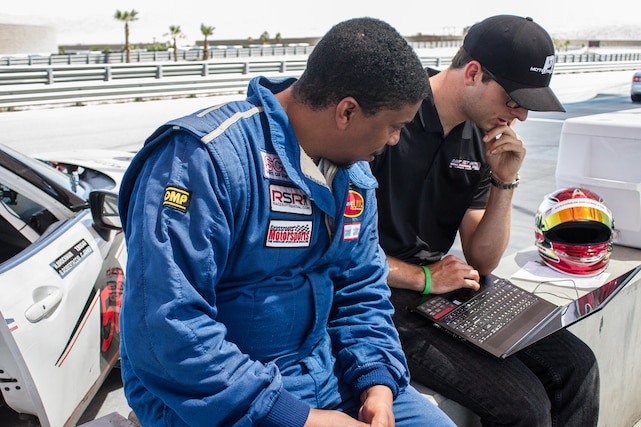 Once on track, the surprising acceleration caused me to be a bit more conservative on corner entry and through the turns. Even though I wasn’t giving the car the "full enchilada" as they say, it still felt really fast while very forgiving. The handling was very neutral and pretty much "point and shoot" when it came to corner apexes.

After about five or six laps I came in so Kenton could plug into the AiM MXL2 data system and give me my results. To Kenton's and my surprise the data showed I never actually hit full-throttle! I guess I was being even more conservative than I realized. 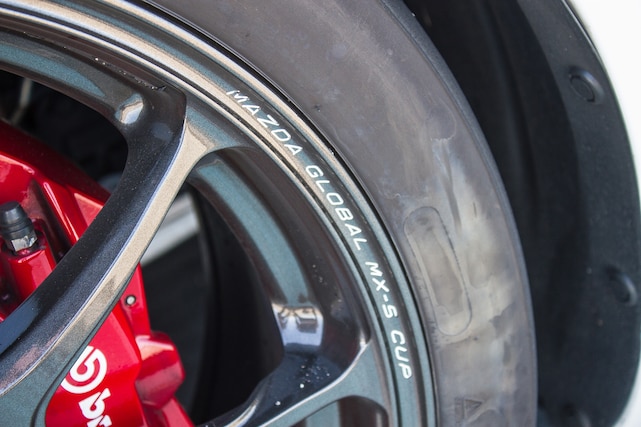 After some more coaching from Kenton I went out for my next session. This time around I made sure to bury the throttle between each turn and sure enough the MX-5 was more than happy to oblige. The car loves to be in the upper rev range and the brakes are hungry, encouraging me to go deep in the corners. It all amounted to an obscene amount of fun!

When the session was over I found myself begrudgingly pulling into the pit entrance. I wanted to stay on track and drive that car until I used up the last drop of fuel. As the car coasted down the pit lane I reflected on it and my experience and it hit me: yes, $58k is no small amount of money, but considering everything you get with this package and the fun you can have with it, its worth every cent. (For comparison, consider the Acura NSX GT3-spec racer runs for about 10 times as much.)

If you are looking for a fun track car, or the first major weapon in your motorsports career, the MX-5 Cup Car definitely deserves your consideration. Head over to the Global MX-5 Cup website to learn more about the series, and for info about ordering an MX-5 Cup Car check out the Mazda Motorsports site. 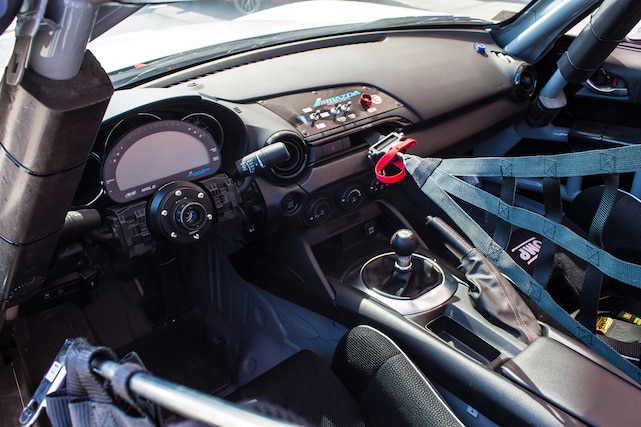 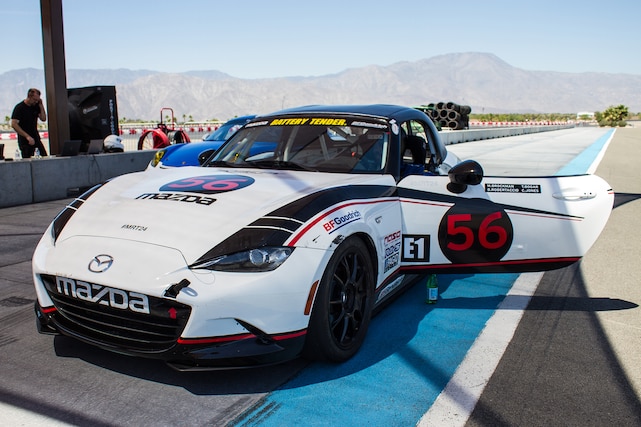 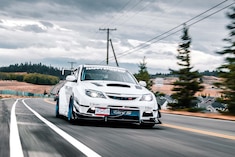 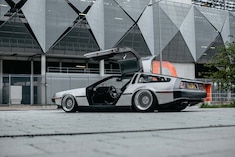 Iconic Back to the Future DMC DeLorean Turned Stanced Superhero.

DMC DeLorean is restored and modified with custom air suspension and wheels.