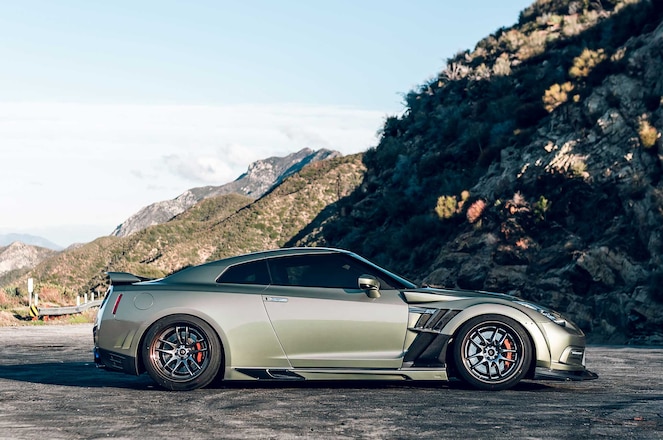 If there's any guy who I've met in recent years who is living the dream, it's content creator and YouTube influencer Dustin Williams, owner of this 2013 Nissan R35 GT-R. Growing up in Gulfport, Mississippi (75 miles from New Orleans), Dustin had ambitious goals of building modified cars for a living. After years of hopping around to various jobs, learning how to shoot and edit video, and wrenching with the help of many friends that he's met along the way, he's now one of the most followed and liked personalities in our community with over 460K subscribers on YouTube and 240K on Instagram. 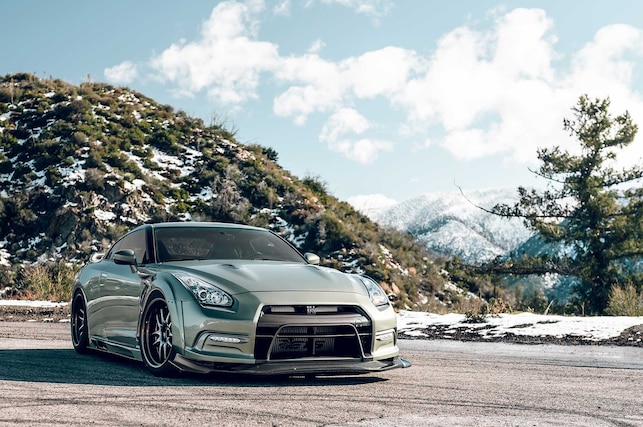 Dustin's videos, which chronicle builds like his R32 and R34 GT-Rs, widebody WRX, turbo BRZ and now this 2013 R35 GT-R, rack up hundreds of thousands of views. What's very cool about Dustin is all of his positive energy which coexists with his extreme passion for JDM car culture. This is even apparent when you get to meet him in person. We all can agree there's quite a lot of people fakin' the funk on social media and YouTube these days, but I can attest that Dustin's head is on straight and he is very much on his way to building some really dope cars and content that will turn more heads in the scene. The spec list of his Varis-equipped GT-R may be a tad on the lighter side than what we normally showcase here at Super Street, but as you'll read in my recent interview with him, he still has a few more tricks up his sleeve. Plus, he's planning to keep the car daily drivable and not turn it into an over-the-top show or track car, which we can all relate to.

I'll have a more in-depth story on Dustin and his GT-R as we get closer to the summer, but for now, enjoy these photos taken by Tayler Media and stay tuned for a recap video coming soon from our videographer, Samuel Rojas.

1-on-1 with Dustin Williams

What's up Dustin! Let's first give everyone a short backstory on who you are and what you do for a living.

My name is Dustin Williams and I am an automotive content creator. I build cars and film every step of the way! I mainly stick to building Japanese cars. I love Japanese culture, so I really enjoy bringing that into my content. I see car building as an outlet to express who you are and a great way to meet friends. I believe the way you choose to build your car can really show your personality and style. I've also met so many new friends that have turned into family from building cars. Through my content, I hope to show people that with enough hard work and dedication, you really can make your dreams come true. I took a wild chance and moved to California three years ago, lived on my friend's parents' couch, worked for three different companies, and continued my own media on the side. Eventually I was able to branch off and start building the cars I wanted to build. So, take your chance and work as hard as you can. You never know what could happen. 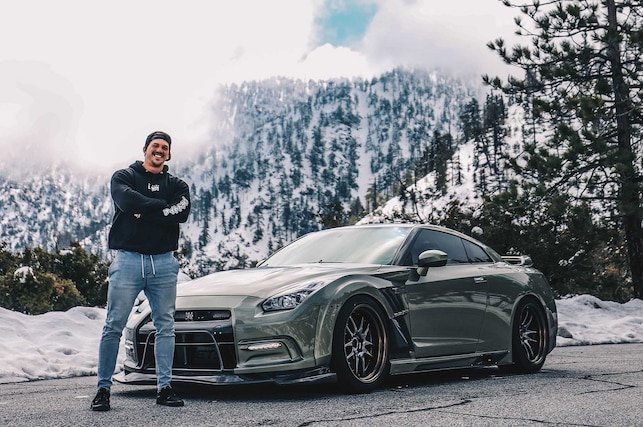 What's your overall goal behind building this GT-R?

Bringing my love for Japanese culture into a build I'm doing in the U.S., but while doing that, building something I'm truly proud of. I've "built" a lot of cars and learned a lot from people through those builds. The GT-R was something I've worked my whole life for, so I wanted to make it special. Ever since I was a kid, the GT-R has been something I've looked up to and wanted to own. When I was actually able to afford to buy it, I knew I had to make this something special. I decided to do everything I've ever wanted to do in a build, no matter what anyone else said. I built this car 100% the way I wanted; something fun, but daily drivable; aggressive, but not overly done.

Quick rundown on the exterior?

Varis produces an incredible kit, but I wanted to take that a little further. The front fenders come with vents on the side and carbon ducts on the bottom! I wanted to do something a little different, so we laid carbon on the vents and added a little more flair to the front fenders. We also molded the pieces that connect the fender to the front bumper. This gives the front bumper a cleaner look and makes it look like all one piece, instead of having bolts run down the side of the pieces. 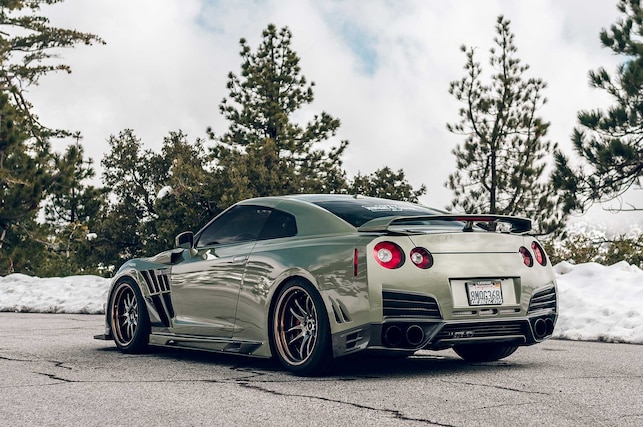 Is the plan to do the rear fenders eventually?

As much as I love the Varis kit, I do not plan on getting the full kit eventually. The idea for the GT-R was to keep it sleek, almost OEM+. A lot of the GT-Rs you see now are full widebody and aggressively done. I wanted to change that a little bit. Even though the front extends 20mm, it's still not as wide as the rear, so it equals out the body of the car. With all of the vents from the front fenders, side skirts, and rear bumper it really brings the car together.

What was your main reason behind the color change?

The R34 has always been my all-time favorite dream car. Once I saw my first R34 M-Spec Nur in Millennium Jade, that was a game changer for me. It was a very low-key, but beautiful color. The light green, gold, and aluminum all blends so nicely. Like I said, I wanted to bring the Japanese culture into this R35 build and I wanted to do it right. I already have the white R34, so I decided to full send and get Millennium Jade on the R35! I've never seen this done, so I knew it would be unique and one-of-a-kind. 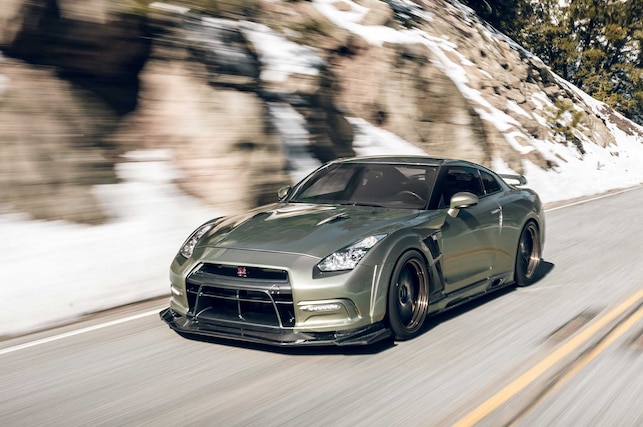 Next plans, at least the ones that you can disclose?

I want to start on all the small details, especially interior, like making custom seat brackets for some NISMO seats, reupholstery for the headliner and door cards, and doing a half 'cage in the backseat. Eventually, I would love to upgrade the twins and transmission, but for now the 705hp is exhilarating and I'm having way too much fun!