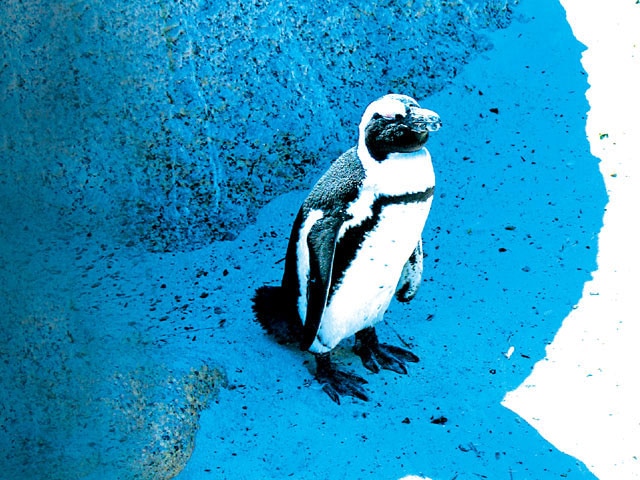 A Tale Of Courage
No, that isn't me in a bad tuxedo. It's a jackass penguin, so named because of the loud braying of its call. The jackass has the distinction of being the only penguin to nest on the African continent, and it struck a pose for me on a beach near Capetown, South Africa, site of the press launch of the SLR McLaren. The bird, of course, has nothing to do with the car, except it seemed to be the only living creature around that didn't get all hot and bothered over Mercedes' new super GT.

But penguins are like that. They're cool customers. If you spend your days ditching sharks and other nasty predators, some newfangled automobile ain't about to ruffle your feathers. As I took its picture, the inscrutable bird seemed to stare right through me, and I got caught up in a game of "I'm not going to blink before you do, buddy!" I became almost mesmerized by the penguin's unwavering gaze, and a reverie of sorts overcame me in the warm sunshine of an early spring day...

"I'm a bird that flies underwater," it brayed.

Huh? What did you say?

"I can swim at an average speed of 7 km/h and was raised on regurgitated sardines and anchovies and the occasional squid."

So what, I replied. I know a woman, Lynne Cox, who swam in the antarctic ocean-no wetsuit, no feathers, armed only with courage.

It's hard to impress a penguin, and all it said was, "My kind used to burrow our nests in our own guano before it was all taken away for fertilizer."

Now just hold on a minute, birdy boy, I said, glaring into its beady little eyes. Let's talk about my friend, the "human penguin." You may have heard of her when she came through these parts a few years ago and became the first person to swim the Cape of Good Hope.

Now I had the little critter's attention. Yeah, I continued, not only were the currents deadly, she even escaped a shark attack.

"Hey, I know the feeling," said the jackass. "But, you said she was a human penguin. She digs anchovies, does she?"

Nobody likes a smartass penguin, but I needed to tell him about Lynne. She earned her penguinhood properly, I retorted, by swimming in the world's coldest sea water, the Antarctic Ocean, for a mile, far longer than anyone should be able to survive.

"What, she fall out of the boat?" the increasingly tiresome penguin asked.

Swimming, it's what she does! Listen: She broke the men's and women's record for swimming the English Channel-when she was still in high school! Then she swam the Cook Strait between the North and South Islands of New Zealand. She conquered the Straits of Magellan, considered one of the most treacherous stretches of water in the world. And she was the first to swim the Bering Strait, helping open up an international border that had been closed for 48 years. But that time the water was a tepid 38F, nothing like the 32F temperature she faced last year in the Antarctic.

"I'm astonished," the penguin blinked. "Where can I find out more about her?"

Get the book, "Swimming to Antarctica." It's her story, in her words, and even you, the biggest jackass of a penguin I've ever met, might be inspired by her courage and determination. Lynne says she's even shaped like a penguin, so you two may have more in common than just swimming in the sea.

But she does hate anchovies. 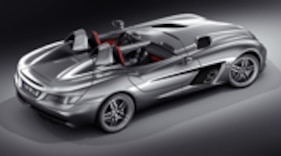 The very last of Mercedes-Benz's SLR edition will be the SLR Stirling Moss. This speedster was modeled after the 300 SLR from the 1950s and its' name taken from legendary British driver Stirling Moss. Read more here in European Car Magazine. 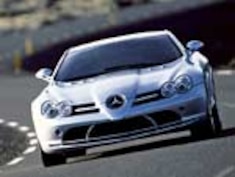 Read the Mercedes Benz SLR McLaren first look review, brought to you exclusively by the experts at European Car Magazine.