Home  |  Features  |  Something Old, and Something New - On The Line
Subscribe to the Free 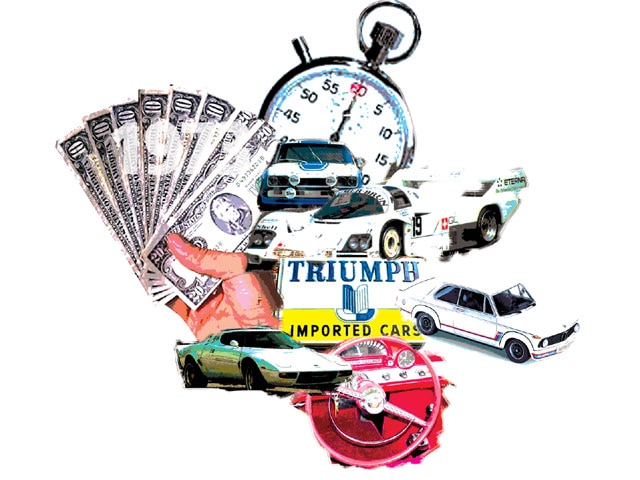 Something Old, Something NewHow Old Is Old Enough?Almost every small town in America has a main street, and almost every main street in America has an antique store. I like antique stores. I like to sort through the detritus of previous generations and marvel at the price that can be put on nostalgia... one man's trash becomes another's treasure. More and more, however, antique stores, especially the seedy, low-end antique stores that I like to frequent, are displaying and selling worn-out items from the '80s. I don't really like most of the products that were made in the '80s. It was an age for accountants and bean-counters. Everything seems to have been built to the lowest possible price. Quality, that most elusive source of any old item's charm, went from intangible but recognizable to quantifiable but largely nonexistent.

The Lost GenerationMost car enthusiasts who have been into cars for more than 10 years will tell you that whole period from the mid'70s until the end of the '80s was a low point on the car-guy evolutionary scale. We lost two of the few remaining sports cars we still had, MG and Triumph. Fiat, Alfa Romeo and Lancia were all on their last legs in the U.S. market. Peugeot and Renault weren't far behind. Emissions controls and the need for better fuel economy emasculated the best of our performance machines to the point where it was hard to see where progress was being made. The future of fun cars looked bleak, especially to those without any faith in the automotive engineers who would eventually, in the '90s, pull us out of these doldrums and renew our performance car dreams. It was hard to be a car guy in those days, and many people who loved cars and loved driving turned to the past to provide their motoring fix. It is no coincidence that the popularity of vintage racing has its roots in these dark times. Driving a '50s or '60s sports car around a racetrack scratched an itch that an underpowered and overweight new car or minivan just couldn't reach in 1984. The vintage racing clubs in those early days of their existence chose 1973 as a cutoff date to define what was old enough to be considered vintage.

It Was A Very Good YearIf you were starting up a new vintage racing organization in 1984, choosing 1973 as a cutoff for vintage cars seemed to make some sense. The Vintage Sports Car Club of America (VSCCA) in New England had already established itself years earlier as the representative of the early days of racing, with strong fields of pre-war cars and a cutoff for postwar cars of 1958. Yet, in the early '80s there were plenty of old '60s SCCA race cars lying around to make up a field of pre-73 sports cars, and plenty more old street cars that could be easily turned into period-acceptable versions of what would have been racing before the early '70s. But 1973 was good for another reason. Before the early '70s, racing cars ran on fairly narrow, treaded racing tires and had minimal aerodynamic aids such as spoilers or wings. The '70s saw tremendous change, both in production-based racing cars and formula- and sports-racing cars, as slick tires and aerodynamic devices predominated in the march of technological progress. By choosing roughly 1973 as a cutoff point, with racing cars that were at least a decade old, vintage organizations could build a nice niche for themselves, providing a place for tired and uncompetitive old race cars to retire.

Time Keeps On TickingIt would be nice to think that vintage racing organizations were able to stop technological progress at one point in history and that all cars would remain faithful to that single time. Nice but naive. Over the past 20 years, vintage racing cars have been developed and modified to the point where they are more recognizable to modern racers than they would be to competitors of their day. That's okay. Going fast is part of what brings more racers to vintage racing every year, even if it tends to alienate and squeeze out the less-affluent enthusiasts who simply want a place to play with their cherished cars. But as the years keep moving forward, with few exceptions, the cutoff date for vintage production cars has stayed fixed at 1973. This means that every year, through attrition and the escalating value of older cars, fewer and fewer cars are available for vintage racing. Most vintage racing organizations occasionally review their cut-off dates, yet that point in the early '70s seems to be cast in stone. Fewer cars being sought by more competitors leads to higher prices. Higher prices puts more at stake. More at stake means greater emphasis on winning. If you are spending large amounts to be on the track, and you're the overachieving type who can afford it, you probably aren't satisfied with running at the back or even the middle of the pack. It isn't just a bunch of car guys having fun with old cars anymore. It's professional race teams preparing cars for ten-tenths racing under the thin veneer of gentlemanly sport. Is it any wonder that every year the bar in vintage racing moves a bit higher and that lap times of these "vintage" sports cars are far faster than they were when the cars were in their youth, or even when vintage racing started 20-some years ago?

Another AnswerAlongside the growth of vintage racing during this period has been the SCCA Improved Touring (IT) class. Devised as an inexpensive way to run old and outdated showroom stock race cars, IT cars are the SCCA's most popular form of racing. Although all racing is expensive, and running at the front of an IT grid costs big money, running in the mid-pack is still affordable. The cars are sports cars, coupes and sedans from the '70s through the early '90s, and although modifications are limited, there are enough of them allowed, such as open exhausts and racing suspensions, to undo the dire effects of emissions and economy legislation, making the cars entertaining to drive. With a few notable exceptions, progress continues to catch up with these cars, however, and more and more IT classes are dominated today by newer cars as racers struggle with their old IT cars to keep them competitive. If only there was a place for these older, less competitive but still highly entertaining and cost-effective race cars to run.

The Smart ChoiceIf there were a smart vintage racing organization out there, it would look at the old VW Rabbits and Sciroccos, BMW 2002s, Ford Capris and Fiestas, Saab 99s, Opel Mantas, Volvo 142s, Porsche 914s, Fiat 124s and Alfa Romeo Spiders in IT racing as an untapped gold mine. These were cars that were popular among enthusiasts in their day and were some of the only rays of hope during those dark days of emissions emasculation. What's more, these 20-plus-year-old racers are not only affordable and reliable; they are recognizable by a whole generation of potential racers and fans who remember them as the cars they got to drive when they were growing up.

Although looked down upon by vintage racing purists, these race cars have been the basis for the most successful racing series that the U.S. has ever known. They are at least as entitled to a place in the history of American racing as cars like the Bugeye Sprite and Porsche 356 that make up many of today's vintage race grids.

IT racing has let more average income enthusiasts enter into the racing game than any other class. Sure, some people will continue to over-develop their post-IT now vintage race cars to be at the front of the grid, and money will always be the primary factor when figuring who will be out front. But running older IT cars as vintage racers would open the door for a bunch of people like you and me who just want a safe and fun place to race their old cars. The cars and drivers are out there waiting. Is there anybody running a vintage race organization who could oblige us?

Something Old, and Something New - On The Line
Photo /

Clarion Builds mixes modern electronics and classic tuning to create one of the best restomod BMW 2002s ever built. 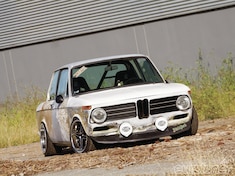 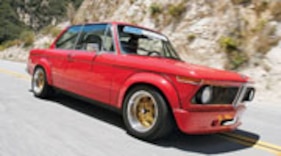