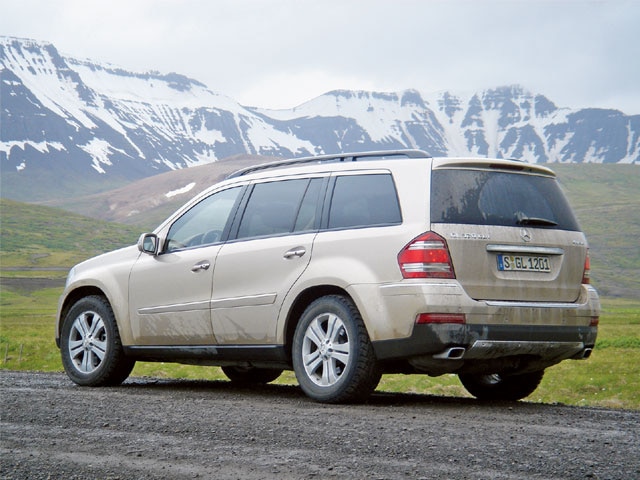 Fighting Oil Addiction, The Daimlerchrysler WayAddicted to oil? Yeah, me too. Feeling a little guilty about it? Well, so am I, but isn't admitting to our dependency on oil a bit like saying we're addicted to air? Imagine life or our lifestyle without sufficient quantities of those two precious compounds.

Fortunately, some big thinkers out there are envisioning such scenarios and figuring out ways to guide us, the simple users, to a better life.

There isn't much big thinking can do, or needs to do, about optimizing the two-stroke mechanism that autonomically pumps oxygen into our bloodstream. In contrast, and borne from the critical need for cleaner, more efficient ways to fuel humankind's huge engine, big thinkers are required to come up with effective innovations to existing technology and, at the same time, explore new ways to free us entirely from our addiction to petroleum-based energy.

Much of the research is being conducted in the automotive sector, where the impact of increasing petroleum use is clearly evident. There are currently some 900 million vehicles crowding the world's roads, and 60 million more are added every year, so if you think finding a parking spot at the mall is tough now...

Securing a parking place is, of course, hardly the chief challenge facing our mobile society. Dwindling oil supplies and the harmful effects of the internal combustion engine on human health and the environment are the most urgent problems facing us, and in the search for solutions, the world's automakers have unleashed their biggest thinkers. None, however, have more clearly announced their approach to solving these conundrums than DaimlerChrysler.

It was fitting that our introduction to DC's holistic, multi-stage program, called "Sustainable Mobility," was in Iceland. Owing to its unique geography and abundance of geothermal activity, Iceland has become a center of research and development into renewable energy sources. The country's goal is a lofty one-complete petro-independence by 2050 via a switch to hydrogen power. Wait, that's not as wacky as it sounds.

Iceland already fulfills all of its heating and electrical needs by tapping into the geothermal forces that well up through fissures in the mid-Atlantic ridge. Like a few other of the world's "hot spots," such as Hawaii, the Canary Islands, and Yellowstone National Park, Iceland sits atop a giant pool of molten magma, which often makes its way to the surface through one of the island's 100 active volcanoes. Though it can be a destructive force, the magma also super-heats giant reservoirs of underground water, which are then tapped for the heating of air and water and for the generation of electricity through steam-powered turbines.

It's this abundance of "free" and clean power that prompted a joint venture between DaimlerChrysler, Royal Dutch Shell, and Norsk Hydro, named Icelandic New Energy, whose goal it is to test the viability of hydrogen as a fuel for everyday use. It then established the Ecological City Transport System in Reykjavic, Iceland's capital, which runs three city buses powered by hydrogen fuel cells as the first stage in the plan to convert the country's entire vehicle fleet to hydrogen power.

Fantastic. For Iceland. They've got plenty of the cheap energy that's needed to break down water and release the hydrogen for commercially viable use, but what about the rest of us? Do we turn Yellowstone into a fuel depot?

That's where the other aspects of DC's sustainable mobility plan come into play. Until that time, the big thinkers can figure out how to liberate hydrogen efficiently and inexpensively; the focus should be, say DC engineers, on three major areas: optimization of conventional drive technologies, hybrid powertrains, and further development of alternative and synthetic fuels. Though R&D is still exploring the near edges of these challenges, new technologies are constantly being introduced into the cars we buy today. Even better, advances made to the any of the three areas can be applied to the others.

However, ensuring the future of the personal transportation device is more than just a question of individual mobility and environmental purity. We still want to have fun in our cars, and we need them to be of sufficient utility to complement our lifestyles. As demonstration of its awareness of, and response to, those often conflicting automotive needs, Mercedes-Benz also brought to Iceland a fleet of its new diesel-powered sport utes, including the ML 320 CDI, ML 420 CDI, and GL 420 CDI.

Top speed in Iceland is 90 km/h, and on the many gravel roads, it's only 80 km/h, so we couldn't test the full 306 bhp and 500 lb-ft torque of the new 4.0-liter diesel turbo in the 420 CDIs, but we can tell you these vehicles don't act anything like old-timer oilburners. Quiet, quick, and clean just about sums it up, not to mention stylish, roomy, and fun to drive. And they're only the beginning of a revolution in diesel.