Home  |  Features  |  Maserati at Goodwood Revival 2008
Subscribe to the Free 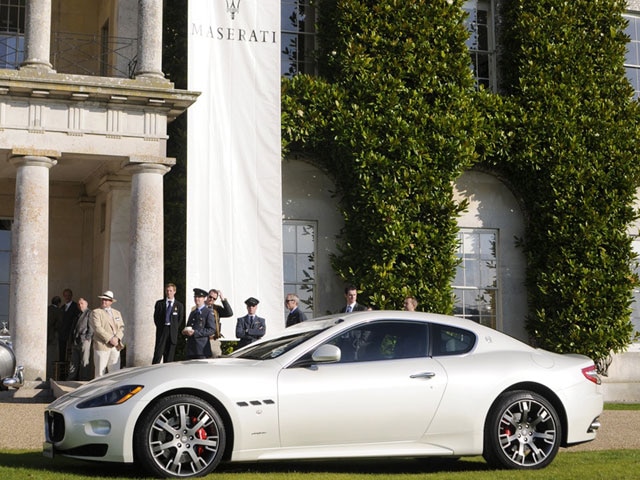 Maserati GB were once again present at the tenth anniversary running of the Goodwood Revival meeting, this year celebrating 60 years of the Goodwood Motor Circuit in front of a record-breaking crowd of 124,000 spectators over the course of the weekend.

Eye-catching examples of the Trident Marquee were out in force throughout the weekend with a total of 13 classic Maserati's thundering around the circuit. Some of the very rarest Maserati's were involved in the wheel-to-wheel on-track action including two Maserati's 4CMs and two iconic Tipo 61 Birdcages to name a few. 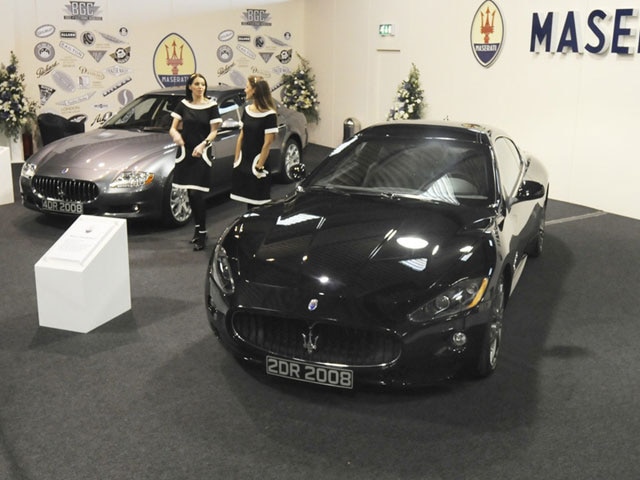 Away from the thrilling on-track action, Maserati exhibited in the Earls Court Motorshow, recreating the glamour of an authentic 1960s show. A stunning Maserati Mistral, on loan from celebrity chef and Maserati aficionado James Martin, alongside a Quattroporte (Mk I) wowed the spectators, whilst they were offered a tantalizing glimpse of Maserati's "cars of the future" in the form of the GranTurismo S and Quattroporte S that flanked their 1960s counterparts. 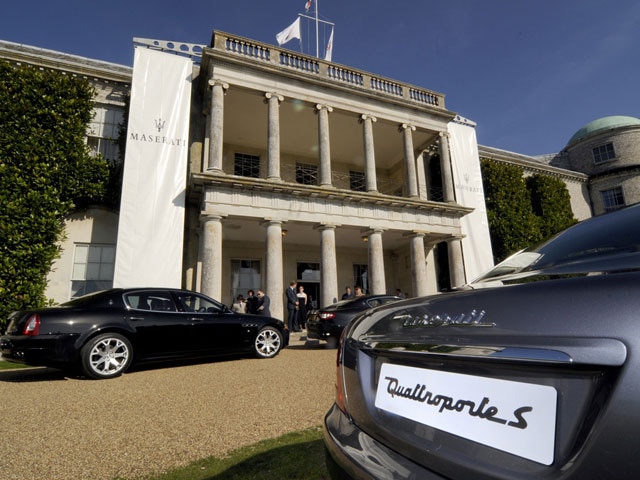 During the course of the Goodwood Revival weekend, Maserati GB hosted a series of exclusive events for its clients: on Friday a cocktail party at Goodwood House for all the drivers and their guests, followed by a private dinner, and on Sunday 140 guests were treated to sumptuous hospitality and could admire a selection of both modern and classic Maserati's. The spectacular display on the lawn in front of Goodwood House offered guests the opportunity to see the Quattroporte's evolution in the flesh, with every model in the history of the Trident Marquee on display. The Quattroporte I of the 1960s, the exceptionally rare Quattroporte II of the 1970s, of which only 12 were ever produced, the more modern Quattroporte III and IV were accompanied by the Quattroporte V and Maserati's very latest Quattroporte S. The stunning GranTurismo S in pearlescent Bianco Fuji paint completed the Maserati line-up.