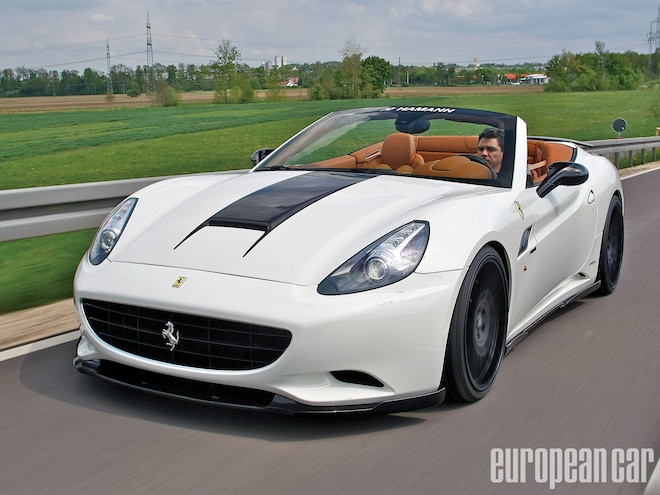 On paper, taking the flat-plane crank V8 from the F430, mating it to a state-of-the-art twin-clutch gearbox, and then adding a powered folding hardtop, would seem like a match made in heaven. Yet to die-hard Ferrari addicts, the California is one of those strange aberrations that happen every now and then. The Mondial that attempted to offer a 2+2 experience was one, and the California, as Ferrari's answer to the wildly successful Mercedes SL formula, appears to be the latest. 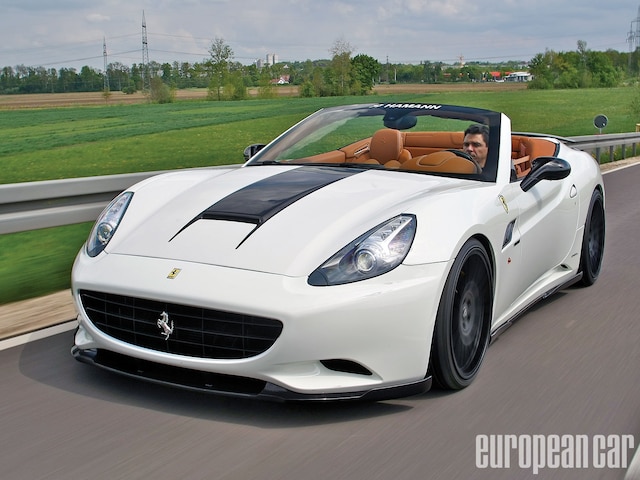 Although the California is technically the most up-to-date Ferrari this side of the Italia, the problem starts when any car with prancing horse badges tries to be all things to all men. Ultimately more GT than hardcore sports car, the California is more a car for touring in than for enjoying a Sunday morning blast on your favorite challenging road. It is a very fast car with a nice engine note, but just a bit too soft in its chassis response to quell the animal instinct in the most enthusiastic Ferrari driver.

Despite founding his business on tuning BMWs, Richard Hamann is a paid-up, dyed-in-the-wool Ferrari fan with a personal Ferrari collection going back as far as the Testarossa. When he first drove the California, this former champion race driver instinctively knew just what to do to make it a more incisive and focused drive. It was also important to Hamann to make sure that his interpretation would also stand out visually. While it's unlikely that you'll meet another California at the stoplights, it is possible in the golf club car park or club meeting.

This feeling of not being so exclusive annoys owners of expensive cars. Hamann set out to make sure that even if you do meet another California, yours will definitely be the more distinctive of the two.

The latest Ferraris have active damping; short of changing the whole suspension system, tuners are restricted to altering spring rates and ride height. This is exactly what Hamann did to the California, upping the spring rates by around 10 percent and dropping the ride height by 25mm. With the 21-inch wheels and tires pushed out to the edges of the wheel arches on 10mm spacers, the California looks a whole lot more purposeful.

Beyond eye appeal, these changes have the desired effect of reducing roll angle, increasing mechanical grip, and sharpening up the car's ability to change direction quickly. And since low unsprung weight is the key to better all-around performance, the two different styles of Hamann multi-piece wheels offered are both ultra-light forged designs that weigh no more than their factory 19-inch counterparts. Hamann fits these with Hankook S1 Evo tires.

While the wider rubber will improve traction off the line, improving the zero to 60 mph time, it also has the negative effect of increasing drag to the detriment of top-end performance. That means that any slight horsepower increase you can find will be directed to restoring the car's basic out-of-the-box performance.

Under the California's long bonnet, there is very little to be done. Cracking the Ferrari ECU took Hamann's electronics genius a while, but he has finally done it. Re-mapping the fuel, spark, and variable valve timing curves, and adding a free-flowing sport exhaust with 200-cell metal catalytic converters takes the 460-hp V8 to 520 hp, with a richer exhaust note to provide extra ear candy when you accelerate away.

Carbon fiber is the material of choice for Hamann's body and aerodynamic components, which start with the horizontal splitter under the front spoiler, continue through the side sills, rear license plate panel, bootlid-mounted wing, and end with the underbody diffuser. All these parts can be left in natural carbon or color-coded to the body.

For those on a tight budget, all these parts can also be had in GRP, saving about half the money. But if you can afford a new California, somehow we cannot believe that another $7,600 or so will break the bank.

One part you can't have in GRP however, is the lightweight carbon bonnet offered to customers really fanatical about paring off weight. The raised air intake center section is left in natural carbon weave as a styling cue.

Ferrari does a pretty good job on interiors these days, down to the sport seats and carbon trim. Here, Hamann just offers carpet mats-his own logos covering Ferrari's.

In a straight line there's no discernible major change to the California's demeanor. Accelerate hard and the tonally richer exhaust brings a bigger smile to your face. The thrust builds with revs, as does the pitch of the V8's scream, until you pull the right paddle and the twin-clutch transmission seamlessly shuffles to the next gear ratio, and the sound builds again from 1000 rpm lower.

When you reach a twisty section of road, the Hamann car really shows its mettle. Attack a bend at the sort of pace where the standard California starts to move around more than you would like, and the uprated chassis begins to earn its keep. Cornering flatter with impeccable body control, the Hamann suspension feels like a better match for the California's sharp and gutsy motor.

Admittedly, it is still no F430 Spider, since the extra weight that the California carries can be felt every time you call on it to change direction, or accelerate, or brake. And with the engine up front, its nose does not chase down apexes as keenly as its mid-engine cousin.

But Hamann has moved the California's game upward just enough to take it over the tipping point, and has given it some real attitude. It is now less soft GT and more typical Ferrari roadster. That last ten percent really makes all the difference.