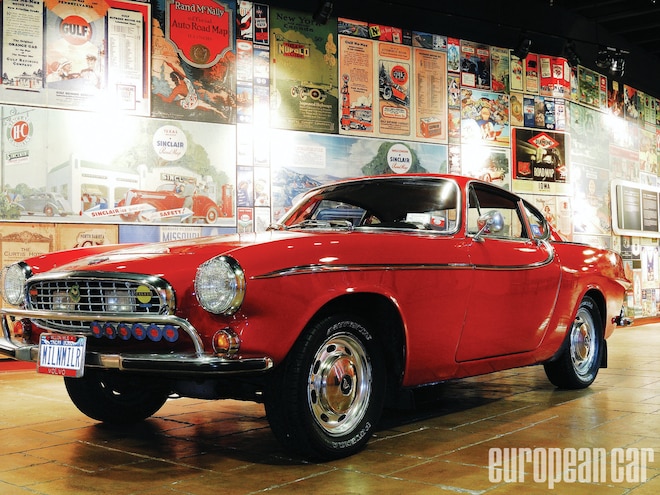 Fifty years ago saw the introduction of two European cars that have achieved iconic status. One is well known, Jaguar’s E-Type. But because it literally flew under the radar, then as now, we tend to forget the other, Volvo’s legendary P1800. But one P1800 owner refuses to fly under the radar: Irv Gordon, a retired science teacher from East Patchogue, New York, just passed 2.9 million miles in his 1966 Volvo P1800. His achievement is documented in the Guinness Book of World Records for most miles driven by a single owner in a non-commercial vehicle.

“In honor of the P1800’s 50th anniversary, I’d like to reaffirm my goal of reaching three million miles within the next two years,” Gordon, who will be 73 in 2013, says. “My P1800 has been through some terrible weather, and never once complained. Hitting 2.9 million miles is a true testament to the Volvo and those who designed it.”

To put 2.9 million miles in proper perspective, Gordon could have driven his P1800 to the moon and back (560,000 miles) more than five times.

Gordon’s journey with the P1800 started back in June 1966 when he purchased it new from his local dealer. Within the first 48 hours he logged more than 1,500 miles behind the wheel. With his daily commute, a 125-mile round trip in bumper-to-bumper traffic on the Long Island Expressway—which Gordon refers to as the world’s longest parking lot— it didn’t take long before he had covered a half million miles, a feat that took just 10 years. At a time when most cars are rotting away in junkyards, Gordon’s P1800 had completed just one sixth of its incredible journey into automotive history books.

At a recent media event hosted by Volvo outside Grand Junction, Colorado, we had the opportunity to not only sit down and talk with Gordon but photograph his P1800 as well. Gordon noted that the engine has been apart only twice, at 680,000 and at 2,690,000 miles. He credits his car’s longevity to a strict but sensible maintenance program. He changes the oil every 3,000-3,500 miles using Castrol oil and Volvo oil filters, he changes the transmission fluid every 25,000 miles, and he replaces the points (remember points?) every 20,000-25,000 miles along with the spark plugs. Because of his fanatical attention to maintenance, Gordon was once the centerpiece of an advertising campaign for Genuine Volvo Parts.

If one is going to cover almost 3,000,000 over nearly half a century, some interesting road trips are sure to be part of the journey. A Route 66 veteran, Gordon has driven cross-country on literally countless occasions. While he concedes there are times to take the interstates that have replaced the old road, he prefers the preserved sections of Route 66 when he has the time. Being retired means he doesn’t have to rush, and over the years he’s seen the Mother Road change, many of its old landmarks disappearing.

Once, on a lark, Gordon drove from Long Island to Matt’s Bar in Minneapolis just to check out its legendary “Juicy Lucy” sandwich, a round trip of 2,500 miles. “Thankfully the sandwich was as good as I expected,” he says with a smile on his face.

Because of the car’s historical significance, Gordon is invited to Volvo events all over the world. And with the P1800 celebrating its 50th anniversary this year, he has been busy indeed. Gordon and his P1800 made their third trip to Europe this winter, attending the TechnoClassica show, the world’s largest indoor classic car show, in Essen, Germany.

On a previous trip to Europe, where he has toured five countries, Gordon met the P1800’s designer, Per “Pelle” Pettersen. Together the duo signed posters commemorating the P1800’s birthday. In addition to Gordon’s P1800, Volvo sent the original P1800 prototype to that event, uniting the first P1800 with its highest-mileage example. And to put an exclamation point on his travels, this September he will make his second trip to Australia, celebrating the car’s golden anniversary with Volvo enthusiasts down under.

It should be noted that while Gordon’s P1800 shows the patina that comes from covering so many miles, it is in remarkably great shape overall. The timelessness of the car’s styling is only enhanced by its travels, especially with all the commemorative badges proudly displayed on its front and rear bumpers. The details, like its unique roof line, look as good today as they did when Pelle Pettersen first put pen to paper more than five decades ago.

So while Roger Moore, who was fortunate enough to drive a P1800 in his role as debonair crime-fighter Simon Templar in the British TV drama series based on Leslie Charteris’s The Saint, was once the best known P1800 “owner,” that title now belongs to Gordon. And he intends to keep it that way as his car approaches the 3,000,000-mile mark. He won’t have it any other way. 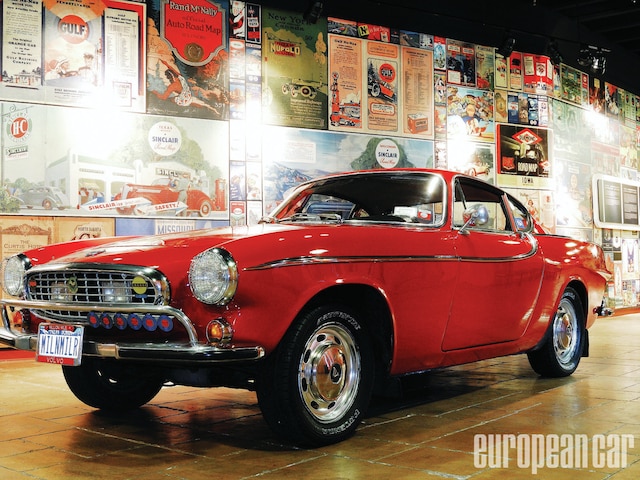 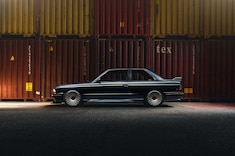