Twin-turbo Gallardo from Nevada’s Insane Speed pours it on thick. 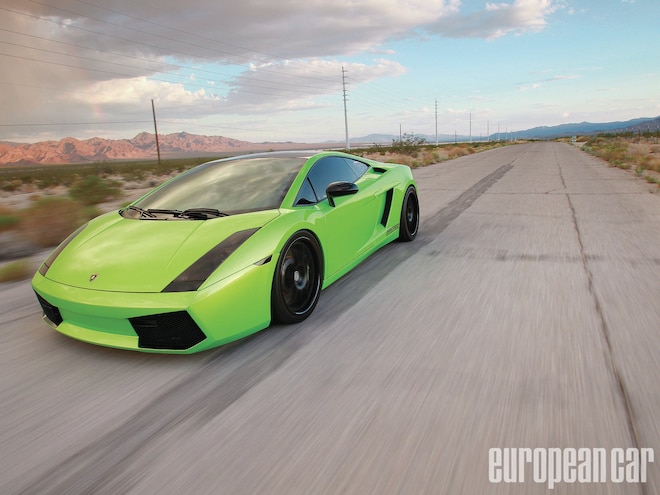 You settle into the bucket seat and pull the door shut, sealing yourself inside the cockpit. Swaths of black leather surround you, interrupted only by swatches and lines of shocking green. That green—the door panel inserts and pulls, the center console, the instrument binnacles, seat piping, stitching—echoes the Ithaca Verde of the exterior, a green so shocking only a Lamborghini could get away with wearing it.

You insert and twist the key; behind your head, the V10 snarls to life, rasping mean-spiritedly with the initial startup, as though angry to have its slumber interrupted. It settles into a thrumming, pulsing idle; its unseen gyrations seem to shiver minutely through the interior, tickling your backside and eardrums, tingling your spine, and suggesting, however minutely, that there’s something very different about this particular Gallardo.

You select Auto mode on the drive select panel, prod the accelerator timidly, and the car jumps ahead, then lurches as you back off the pedal.

Give it some gas, weenie, a small voice advises from somewhere inside your head. You’re going to piss it off.

You flip the column-mounted downshift lever, drop to Second, and lean in hard; the tires immediately burn, scrabbling for traction as the tach needle ascends. The Gallardo shimmies sideways and you reach for third. This time you lean in gradually; the V10 inhales deeply, noisily, and the car surges to the horizon as though propelled by raging storm winds. The exhaust wail rises to fever pitch at the top of each gear; you’re forced to flip through the ratios with grim urgency as the Lambo flings you into the distance.

Were you following the car instead of inside it, you’d see flames bursting out of the tailpipes with each upshift—before being left in a wake of swirling dust and stinging sand. From your vantage point inside the Lambo, the world outside begins to melt into something like an impressionist’s interpretation of the Southern Nevada desert.

From a 10,000 square-foot facility next door to the Las Vegas Motor Speedway, Insane Speed specializes in insanely fast import and domestic project builds. As this green Gallardo SE would indicate, they have also expanded into insanely high-performance exotics.

This one relies on a twin turbo system sourced from Florida’s Heffner Performance, well known on the exotic tuning scene by its mid-engine turbo systems for Ferrari, Audi R8, and of course Lamborghini—including both Murciélago and Gallardo variants. 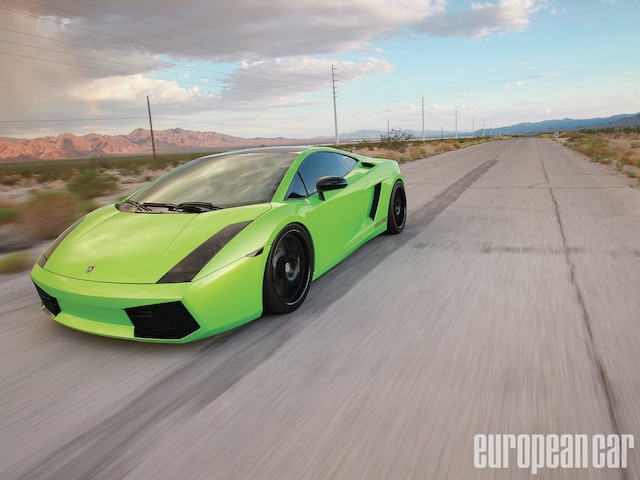 Insane Speed is a certified Heffner installer, but they also have the fabrication abilities to back up such high-powered builds as this, including full machining and electronic tuning capabilities. This build began at ground zero; the V10 engine was pulled, then pulled apart and its innards removed.

The factory Lambo crankshaft was balanced and micropolished while the cylinder bores were reinforced with Darton sleeves. The crank was then reinstalled and fitted with Carrillo H-beam connecting rods and ACL main and rod bearings. Forged CF pistons push this strengthened and blueprinted drive assembly.

And high-strength it absolutely has to be to withstand the onslaught of combustion Armageddon raining down from the top, where the Heffner induction system and Insane Speed fuel supply have been shoehorned into the carbon-covered rear-midship engine bay. Induction begins with a pair of conical K&N filters, blows through high-flow turbo inlets and into a duet of 71mm Twin Precision chargers. Pressure is modulated upstream with a pair of 50mm Tial blow-off valves, and regulated downstream by a pair of 44mm Tial wastegates. Before being catapulted into the combustion chambers, the intake charge is chilled by twin Spearco water-to-air intercoolers.

Insane Speed provided its own fuel supply setup to match the high-boost forced aspiration, what they call a Twin Surge Tank system. This consists of two billet surge tanks, fabricated in-house, and each with a pair of Bosch 044 fuel pumps installed within. A Teflon/braided stainless steel system of lines feeds upgraded fuel rails and 2,000cc injectors. The forced-induction and fuel-feed systems are masterminded and integrated by a Motec M800 ECU and a TurboSmart boost controller. All of the electronic alchemy to get the induction, boost and fuel systems working in concert was also performed in-house at the Insane Speed facilities.

According to Heffner’s own testing, the top-level TT setup is good for about 1,200 hp on 100-octane fuel.

According to Insane Speed, with their proprietary fueling and electronics programming, the Gallardo V10 is capable of even more. Strapped to the shop’s in-house dyno, the Lambo reportedly spun the rollers to the tune of 1,340 hp and 1,001 lb-ft of torque at around 20 psi of boost before losing traction on the rollers. Insane Speed’s Todd Allen reckons this build is capable of turning out upwards of 1,500 hp with even higher boost.

To ensure the power levels don’t grenade the rest of the drive system, the transmission is shored up with a heavy-duty twin-disc clutch and pressure plate combination. Chrome-moly halfshafts ensure the power transfer doesn’t fling a wheel or two into the weeds on hard acceleration. Custom billet lower control arms and adjustable Penske coilover spring-and-damper assemblies suspend the chassis over a set of 19-inch HRE 843R monoblock wheels. A set of Toyo R888 rubbers has the unenviable task of hooking all this power to the ground. Hopefully the guys buy those in bulk.

Behind the HREs, the brake assemblies use the standard OEM calipers, but these now clamp down on bigger slotted and ventilated Brembo rotors, a full 15 inches across in front. Because of the massive binders, 19s are the smallest wheels that can be used. Allen figures if he could find a way to fit drag radials to the car, the lower gears would become a bit more usable. For now, he uses the Gallardo to run superbikes at speed on the highway.

The most obvious exterior mods are the Superleggera carbon diffuser (a real OEM piece) and the Heffner carbon decklid. The rest is fairly invisible: a full-body clear “bra” and a ceramic windshield coating to prevent costly pitting and gouging from the sand, small stones and doomed insect life that tend to hurtle toward the car at ludicrous speeds.

Hard on the enlarged Brembos now, you wrench yourself down from what feels like terminal velocity and grind to a violent halt. You turn the key back to kill the engine and emerge from the cockpit, weak-kneed and sweaty, fighting off the sudden and powerful urge to smoke a cigarette.

The Lamborghini ticks audibly, a sound like tapping fingers, waiting, daring you to take another run.

The factory-spec Gallardo V10 made 512 hp, more than enough power for most mortals. Having over 1,000 at your disposal—much less 1,300-plus—can only be described as… well, as insane. But going insane can never have been so much fun. 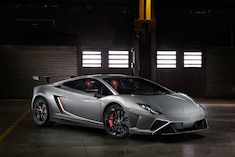 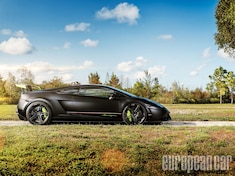 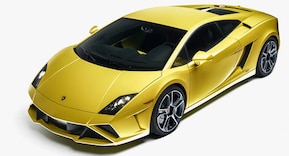 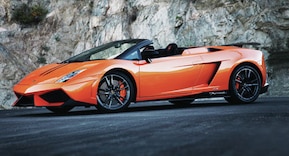 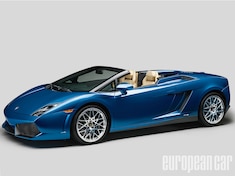 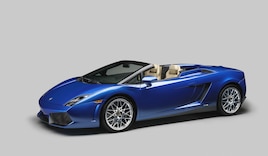 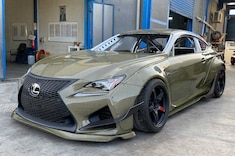