No sports car should take a beating in desert heat, so we decided to abuse a highly modified ESS supercharged M3 instead. 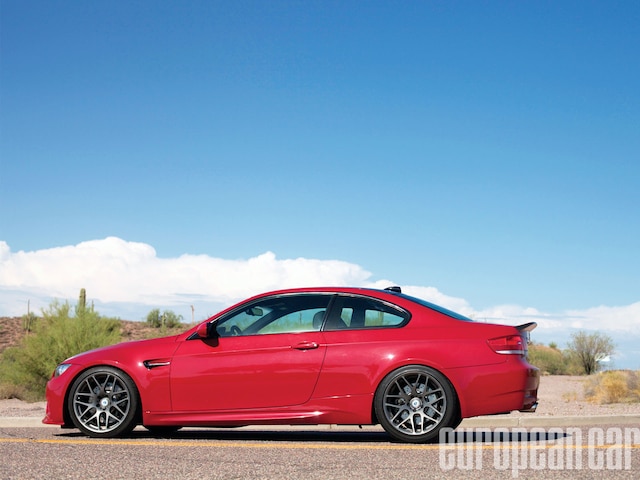 I’m sweating my ass off. The AC is blasting but it’s not doing much, and the temperature gauge is reading 119˚. I can barely focus on it, though, because it’s more important I keep my eyes on the stretch of tarmac in front of me as I rush through Arizona’s vast emptiness at 168mph in a 750hp M3.

Yes, you read that correctly… 750hp. And what do you expect from numbers that are almost twice what the factory put out? Problems – lots and lots of mechanical problems.

But there weren’t any. Go ahead, scour the internet and see how many tuning companies claim “stock drivability.” Probably most of them, but the percentage that follow through on the claim is closer to zero than you’d imagine, and you know what? I’m sick of it.

ESS Tuning, on the other hand, could make a different claim along the lines of, “Drives smoother than stock and has a tendency to make Ferrari owners cry.” The owner of this M3, Drew Johnson, has a piggybank capable of putting him into pretty much whatever he wants, but while his friends pick Porsches, Lambos, Ferraris and GT-Rs, Drew found himself dumping large sums of money into a car that shouldn’t be this insane. 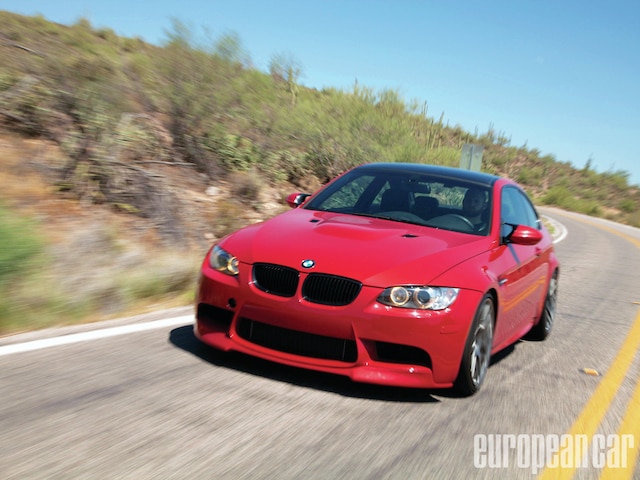 Photo 2/12   |   Bringing a new meaning to sleeper, you’d have no idea this M3 spins its tires in fourth gear.

“My friends were kind of stunned by the car,” Drew gloated. “Nobody really understood how I could walk away from a 458 Italia or modified Porsche Turbo, but that’s why I love it.” In fact, Drew’s a big fan of “closed course” racing, and you can catch his videos on YouTube under the screen name “DLSJ5”.

This M3 is a straight-line specialist, and while that wasn’t BMWs plan, it does so damn well. To put things in perspective, this Imola Red M3 weighs around 3700 lb, giving it a power-to-weight ratio of 4.9hp/lb.

Sure, those are just numbers but considering a Bugatti Veyron has 4.2hp/lb, and, if you’ve been under a rock for the last few years, that’s one of the fastest road cars ever.

Like most of us who battle the modifying addiction, Drew’s M3 has gradually become faster. And more expensive. What does it take to make this much power and not throw a rod through your oil pan? A fully built bottom-end with forged internals and 10:1 compression. This was

in preparation for the stage 3 ESS VT3-750 supercharger kit, along with some heavy-duty changes to the fuel delivery, reverting to a fixed fuel pressure regulator, telling new-age technology to shove it.

The nice thing about the ESS centrifugal blower is that it gives linear power delivery, instead of the all-at-once feeling of a whiney roots-style blower, or the wait-and-hold-on nature of a big turbo. 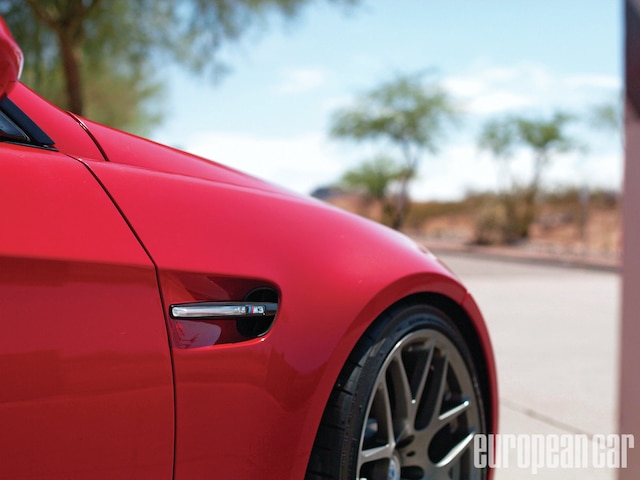 Driving this stage 3 car with a light foot is easy, and it’s not that loud. But you can tell by the deep ESS exhaust note that it’s a rocket. All it takes is a small nudge from your right foot to scare whatever wildlife exists nearby, or Western Diamondback Rattlesnakes, in my case.

The blower makes 13psi at 8500rpm, and getting there is a ride you could charge people for.

Gearshifts are Ferrari fast, thanks to custom ESS programming for the DCT trans. First gear is almost useless, while second teases you with traction if you roll into it, but be careful because it’ll kick sideways without warning. Third is probably the most fun – you have grip most of the way through, but by 6000rpm you feel the tires shimmy as they use every centimeter of contact patch to hold on. The feeling you’re about to careen off the road to a fiery death persists even at the top of fourth gear, and while it’s a little unsettling, it’s mostly awesome.

There’s one thing Drew doesn’t care about, though, and that’s making his car handle or stop. “I just like to go fast,” he laughed. “I’ve never been much of a track guy, so I don’t bother to change the suspension, but maybe it’s time…” Yes, Drew, it was time 200hp ago. 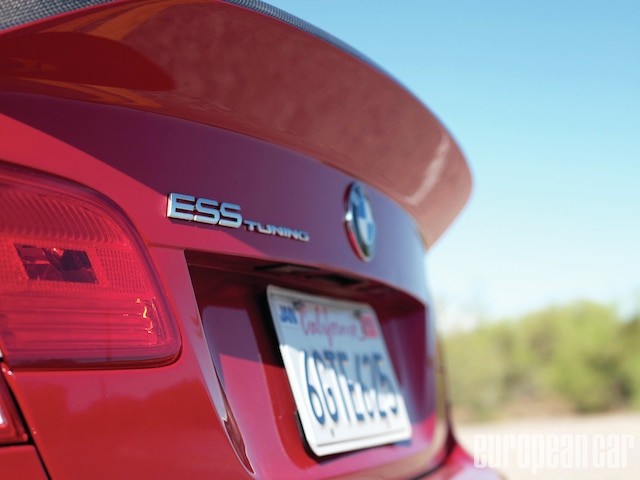 The M3 is scary at speed. If there’s one thing you want above 140mph it’s stability, confidence and road feel. What Drew’s M3 provides is how you’d imagine a blindfolded lap dance to be; exciting and smile-inducing, until you really start to wonder exactly what’s going on.

The front tires feel as if they’re levitating, and minor steering adjustments do nothing to correct your approach. Sometimes it wanders near the edge of the road but the only thing that gets you back on course is to let off the throttle. But this is a hard command to communicate between brain and foot when you’re enjoying the speed so much. It accelerates from 120-150mph with the urgency of an Evora S from 20-40. It… is… awesome.

Unfortunately, Arizona’s ludicrously hot desert afternoon isn’t all butterflies and rainbows. Remember we said this high horsepower modified car had no problems? Well, they did finally arrive, but it had nothing to do with what ESS fitted.

There’s a reason manufacturers do hot weather testing, because intense heat has a knack of destroying everything, and if a car does well in crazy heat, it’ll do fine anywhere.

After almost passing out from dehydration and too much sun exposure for a fair-skinned New Yorker, I stopped shooting to sprint up the road and get the AC pumping again. Approaching a gentle curve around 100mph, the power steering failed, making me really appreciate power steering in general.

Popping the hood, I saw the accessory belt dangling off the pulley, and the drive belt beginning to fray and entangle itself around scorching coolant tubes. But, hey, who needs AC and power steering in this weather?

Luckily for me, Dustin Newkirk from ESS Tuning volunteered to return the stricken stage 3 car back to the shop without AC, while I had a chilly stage 1 ESS supercharged M3 waiting for me to drive back.

Director of Sales for ESS Tuning, Roman Zepeda, has chosen to live in Arizona, in the heat I won’t stop complaining about, and has a jet-black M3 for his daily driver. “I love the performance and balance of the car,” he told us. “Plus the fact it can be used as a practical daily driver.”

Starting with the chassis, Roman tossed a set of KW Street Coilovers on the M3, giving it a forgiving but planted ride. For such an aggressive stance, it absorbs road imperfections like a Town Car, but with absolutely no body roll. He gave HRE the task of outfitting his ride with some aggressive P43SC wheels, which were as concave as physically possible.

While boost and horsepower are two of Roman’s favorite things, he chose to keep the car civilized with a healthy punch over the factory numbers. The stage 1 ESS VT1 kit makes 535hp, which is no slouch. In fact, it seems crazy that 535hp is the first stage for any forced-induction kit, but nobody’s complaining.

While the stage 3 car is completely bananas, stage 1 gets up and goes in a deceiving manner because Roman opted to keep the factory exhaust. So the V8 rumble is there, but it’s by no means invasive. There’s no road noise inside the cabin either, so everything happens without making a fuss.

Even better; this is a complete package. Slowing from triple-digit speeds is effortless with the AP Racing big-brake kit – a huge reassurance after Drew’s stage 3. So with its performance and balance, this is definitely how all M3s should be.