Randy Williams Has Proven That If You Put Your Mind To It, You Can Achieve The Perfect MK2 Golf VR6.

There's a lot of advice out there: some good, some bad. Movies, TV, music, friends; everybody's got a theory about how to make it in the world. And although popular culture isn't the most reliable source, Marty McFly probably got it right in '85 (or was that 1955?), in Back to the Future. "If you put your mind to it, you can accomplish anything." The proof is right here, in the form of Randy Williams' '92 Golf GL. 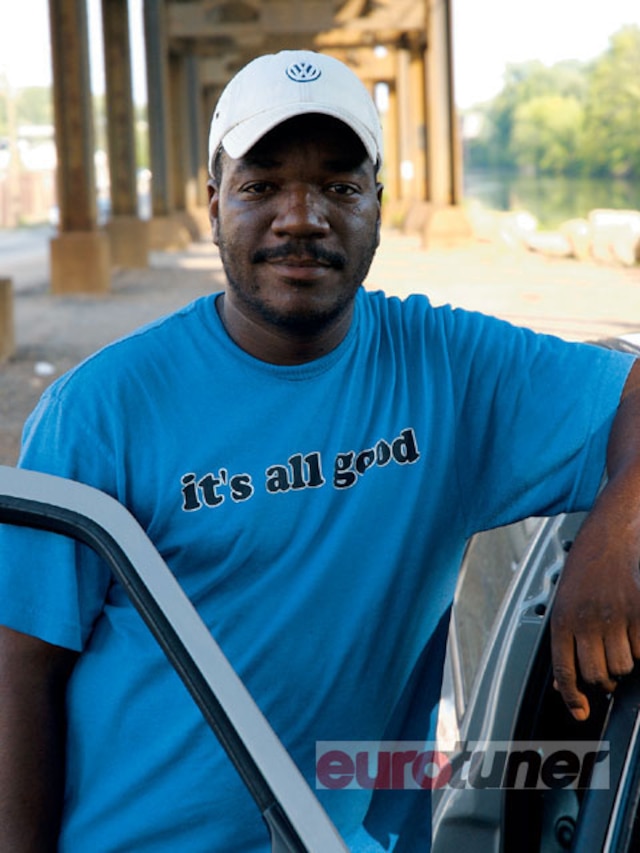 A dental technician from Rocky Mount, NC, Randy's been living the dream of high-performance VWs since the early '90s. Back then, he didn't have the skills to do it all himself, nor the cash to pay somebody, but it didn't stop him from having a go. "I bought a '95 Jetta and fitted the basic bolt-on stuff. I did a body kit and stereo system but that was all I could afford," Randy began. "My wife ended up wrecking the car. So I tried to rebuild it, but got upset and stopped. However, I soon found myself in Charlotte, working for a company called Lakeview Auto."

Lakeview Auto was a salvage yard and Randy acquired intimate knowledge of what VW parts were interchangeable. Once he left the business and had a succession of projects under his belt, Randy was ready to finally build his dream VW, a Mk2 GTI.

Unfortunately, he ended up wrecking the car he planned to use, so visited a wrecking yard to find a new chassis. "I decided to strip the car and do a VR6 swap," Randy said. 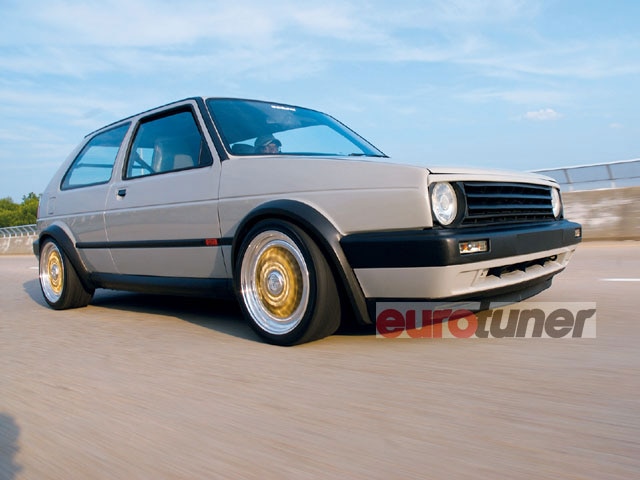 Parts from a '98 Jetta GLX were procured from the salvage yard and Randy handled the installation, including a host of performance parts. Schrick 268 cams gave more top-end, while blue-top injectors and a GIAC chip took care of the fueling. An AAT6 intake with heat shield ensured plenty of cool air, while spent fuel exited through a custom 2.5" catalytic converter and Remus exhaust.

After years spent working on VWs and tearing them down for the salvage yard, Randy was able to complete the swap with minimal fuss. In fact, the only issue was caused by the use of a Passat front crossmember, rather than the more desirable Corrado item. "This caused a problem with the motor mounts." Randy confided. "I used Turn 2 mounts but had to modify them to get the right height." 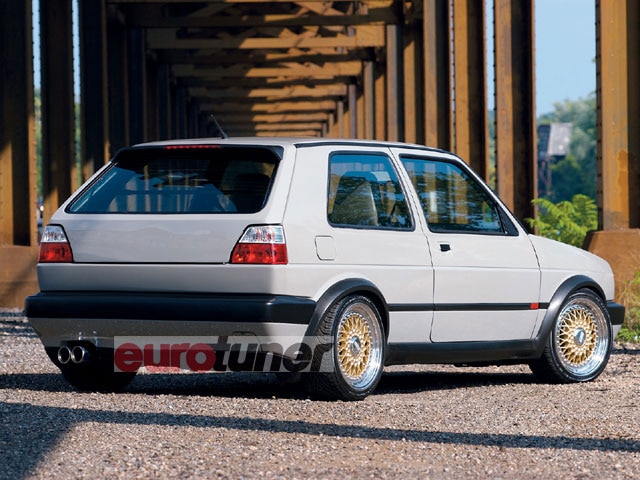 The next job was to install the wider VR6 'Plus' front suspension, subframe and rear torsion beam. This allowed him to then fit an FK coilover system to drop the car, while an array of chassis strengthening parts from Autotech and Neuspeed ensure there's no flex.

"It handles really well," Randy confirmed. "The way the suspension's set up, you have to watch the rear end. If you corner too fast it will slide because it's so stiff back there."

To stop the car with urgency, Randy went one better than standard VR6 brakes. He installed huge 312mm front and 288mm rear slotted and drilled brakes from a 337 GTI. "Almost everything under the car is Mk3," Randy said, "so it stops pretty quickly!"

Going fast through the turns is one thing, but Randy knew the right set of wheels was the key to his project, which was ultimately destined to be part show car and part business card for his side business, BodySport Performance. He wanted a true head-turner, so a set of BBS RS wheels from a Porsche were ordered, arriving in less than perfect condition. "They came in four boxes, disassembled. I had to polish the lips, strip paint off the centers, repaint them, clean the barrels, get new bolts and reassemble them," Randy said.

The 5x130 Porsche wheels required 20mm front and 30mm rear hub adapters before they could be bolted to the Mk2's 5x100 hubs. The wheels, measuring 16x7.5" front and 16x8.5" rear, wrapped in 205/40 Nexen N3000 tires, were pushed to the edge of the bodywork. So to accommodate the increased width, G60 fender flares were install front and rear - a clever solution since a Mk2 with Plus suspension has a noticeably wider track up front. "I did the flares because I didn't want to do extensive metalwork," Randy explained. "I chose to go with G60 front flares in the rear to make the car look wider so I could stick the wheels [out a little more] and give the car a wider stance. Now everything lines up, instead of the front being wider than the back."

He continued this approach of making the car look almost stock, but with a custom twist, with a single round badgeless grille, grille spoiler and projector headlamps with HID bulbs up front. In the rear it has a smooth tailgate, European tail lights and the lip spoiler from the front of a big-bumper Golf GL sits below the rear bumper.

Buddy Mike Richardson, who also works at BodySport, took care of the major body- and paintwork. He smoothed the scuttle tray after an AAT6 single wiper kit was fitted. He also shaved the emblems, rear wiper and banana lights. He then installed Audi door handles, painting the centers black for contrast.

The body color is a nameless hue from Dupont, and was another crucial design element for Randy, who wanted the car to look genuinely European. "I noticed a lot of cars were in a base colors, without any metallic," Randy said. "So I chose a color that was off the regular charts. I went to my local parts store and they passed me a dusty book. That's where I saw this gray-brown and instantly knew it was the one."

With an attention-grabbing "Brit-look" exterior and go to match the show, the interior couldn't be ignored. Randy had a Corrado G60 dashboard for just such an occasion, and installed it along with a customized Mk3 VR6 cluster, designed to fit the decidedly different space. To most people, if an engine swap is difficult, a dash swap is downright suicidal, but Randy wasn't fazed. "It wasn't difficult at all; I love wiring," he enthused.

Seats from a Porsche 911 were sourced from a salvage yard (where else?), and Randy modified some brackets to fit them. He then worked on a modest stereo, using Eclipse and Kicker gear to please the judges at show time, but Randy doesn't care for it overall. "I'm not really fond of radios; the engine makes enough music for me," he laughed.

It's got to be pretty sweet music, considering that 16 years have passed since Randy's first dream about the perfect Mk2 to finally completing it on his own. "The information is out there somewhere," he said. "If you want it, go out and get it! That's my philosophy." We're sure old George McFly would have to agree.