Not Only Is This The First Modified E92 M3 That We'd Seen, But We Got To Test Drive It As Well. 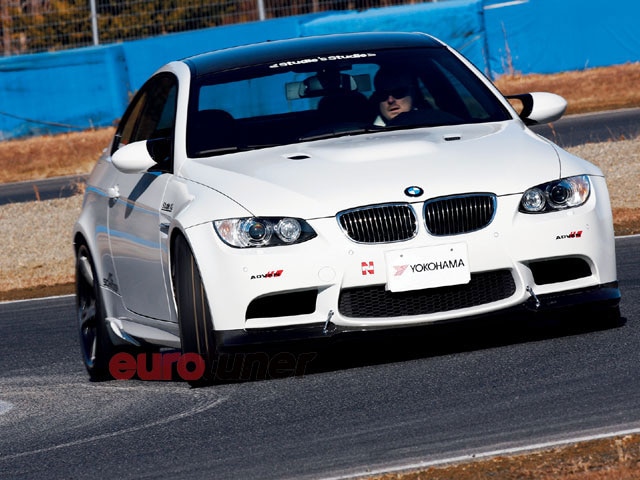 We planned to feature this E92 M3 in the last issue but it didn't quite fit into our BMW 335i theme, so we delayed it for a month. The reason we want to include it is because this car represents the first modified version of the new V8-powered M3s that we've been able to get behind the wheel and drive.

The car belongs to our friends at Studie AG, a Japanese BMW specialist based in Yokohama City. And the Yokohama link runs deeper than simply its location because the tuner works closely with the tire company of the same name, using the latest 20" Advan Sport tires on its BMW Coupe. And since Yokohama Tires had invited us to Japan to sample its latest products, the circle was complete. 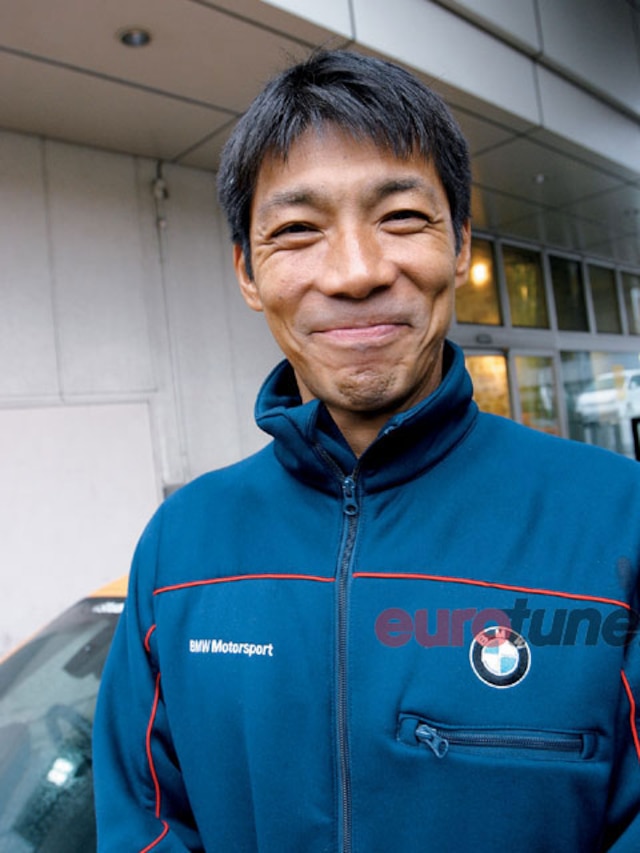 As one of the biggest AC Schnitzer dealers in Japan, Studie again chose to equip the car with many of the German parts, recreating Schnitzer's ACS3 Sport specification.

To distinguish the car from the stock M3, Studie started up front with Schnitzer's carbon lip spoiler. This fixes to the underside of the OEM front bumper and includes race-style aluminum alloy support struts.

The stock side skirts are possibly our least favorite aspect of the new M3 but Schnitzer adds a small extension piece to the rear of the skirts. These subtly enhance the side profile, drawing attention to the huge 20" wheels.

At the rear, Studie fitted the ACS3 carbon diffuser that outlines the exhaust tips. They also added a wing to the trunk and a spoiler at the top of the rear window. We're not sure we'd opt for the big wing, but the parts certainly give the car more attitude. 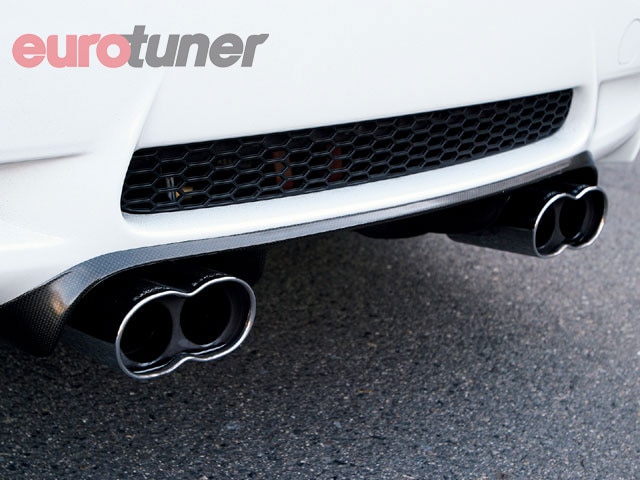 The quartet of tailpipes may look similar to stock but is actually AC Schnitzer's sport muffler. And while the chromed pipes seem conservative, you should hear how they open the M3's vocal chords and allow it to sing in full voice. Don't believe us? Browse through www.ac-schnitzer.de and find the engineering page in the 3-Series E92 M3 product pages. You can compare video of a stock M3 taking off to the sound of the Schnitzer system. The difference is astonishing, making the 4.0 V8 sound more Nascar than Nurbrgring.

The website also has a wheel configurator where you can try different designs on your car. There are several options for 19x8" front and 19x9" rears, but the M3 requires men's shoes. It needs the 20x9" front and 20x10" rear Type V Monoblock wheels. These are forged for extra strength because the 245/30 front and 275/30 rear Advan Sport tires don't have much sidewall to cushion the impact of potholes. 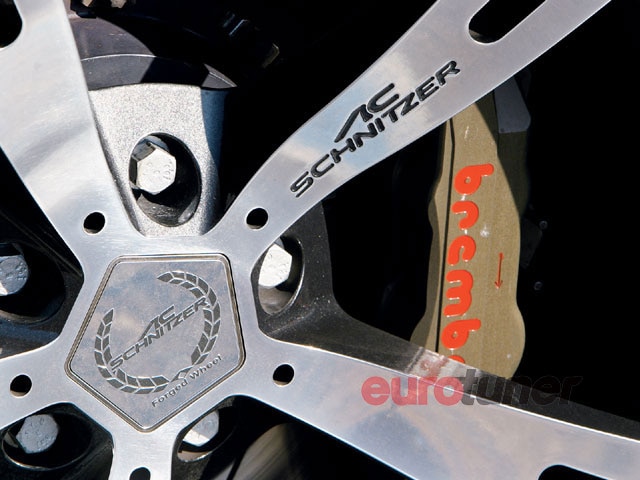 Behind the wheels is a custom brake kit that Studie built up when nothing was available off the shelf. It uses four-piston Brembo Motorsport calipers front and rear. They clamp two-piece slotted rotors, with the hats and discs assembled using Brembo's McLaren hardware. The front rotors are 355mm in diameter and proved exceptionally potent during our track day at a small circuit within the confines of Motegi's Twin Ring facility. Despite the awesome power of the engine, the M3's 3650 lb mass and the very tight circuit, the brakes took all the punishment we could muster.

The combination of Quantum coilovers, Autorefine sway bars and Advan Sport tires also withstood our best efforts. While it was possible to unstick the rear-end by simply burying the throttle into the carpet, the Studie M3 rewarded a gentler touch. You could hustle it around the track with real precision, the sticky tires providing surprising grip out of the corners - the extra width and stick of the Yokos certainly gave the Schnitzer M3 more traction than the stock car.

The only remaining alteration to this M3 was the addition of two Recaro Sport-JC seats that offered plenty of support in the high-g turns and rapid direction changes. And while the list of mods on this car is currently rather limited, remember this was one of the first tuned M3s in the world - at a time when the E92 M2 wasn't even available in the US. However, we're certain Studie will continue to develop the car as more parts become available. And look out for our exclusive Studie Z4 M Coupe widebody story in a future issue.