Comparing Apples With Oranges Is Normally A Waste Of Time, But In The Case Of These Two BMW Z4 M Coupes, We Found They Were Virtually Identical. 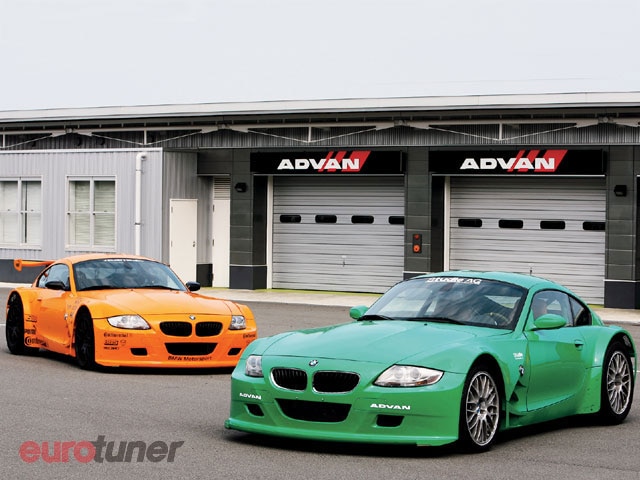 Like Scirocco and Corrado owners, the drivers of BMW's Z4 M Coupe are a quirky bunch. They seek out the unusual and gain immense satisfaction knowing that not everybody "gets" their choice of transport.

Owning one of these coupes requires a certain amount of patience because you're constantly explaining to people what they are, since there are relatively few on the road. What's more, you have to learn to live with the compromises that a lack of stowage space and imperfect visibility out of the rear windows can sometimes bring. 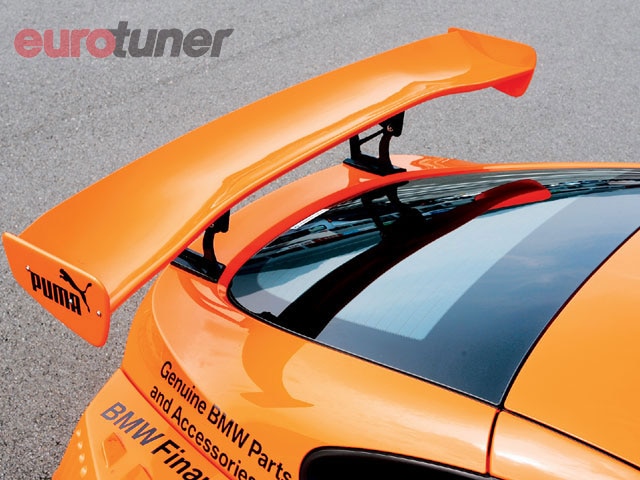 However, all owners will agree this is a small price to pay to have one of the most distinctive vehicles on the road today. And in its M version, the BMW Z4 M Coupe and Roadster are among the most satisfying cars to drive quickly. With its potent E46 M3 motor under that long hood, we can't understand why some dealers are forced to discount the Z4MC so heavily. Whatever the reason, it currently represents one of the best performance car deals available today.

With its style, low weight and 50/50 weight distribution, the M Coupe lends itself to motorsport and BMW developed the Z4 M Coupe GT for just this purpose. Released at the 2006 Geneva Motor Show, it weighed just 2650 lb (almost 600 lb lighter than stock) thanks largely to its stripped interior and lightweight carbon-fiber bodywork.

It was developed by BMW Motorsport and BMW Racing Parts Distribution for private race teams to compete in events like the grueling Nrburgring 24-hour race (et 4/07). It was also suitable for series like the German Endurance Championship and many other European GT races.

One group of visitors to the famous Nrburgring event was from Japanese BMW specialist Studie AG. The creator of many remarkable BMWs, its E92 M3 (et 6/08) and E93 M3 replica (et 5/08) have been featured before. We also brought you its 130i (et 5/07) but this wasn't the 1-Series Coupe US readers are now familiar with. It was based on the European five-door hatchback and the car featured a carbon-fiber widebody sourced directly from BMW Motorsport in Germany. It was the same lightweight kit used by BMW's factory racecars and, finished in bright blue, made an incredible sight.

The Japanese tuner builds a new project car each year for its annual BMW Familie car show and track day, supported by Yokohama Tires. The cars are used as "taxis" to take customers on the ride of their life around the Fuji Speedway.

When we visited the tuner's workshops and showroom in Yokohama city to drive the 130i, we got a first glimpse of its next project - a bright green Z4 M Coupe.

Like the 1-Series, it would also get a genuine carbon-fiber widebody from BMW Motorsport in Germany, thanks to Studie's special relationship with the factory. In fact, they were able to obtain two body kits to create a second car in bright orange.

The exterior conversion began with BMW Motorsport front and rear bumpers, four fenders and side skirts constructed in dry carbon and weighing almost nothing. To this, the tuner added a dry carbon rear wing from SARD (Sigma Automotive Racing Development) in Japan. This was initially fitted only to the orange car, but has since been installed on the green one as well. The bright paintwork was inspired by the endurance racers seen at the Ring but are a custom mix since nothing was available off the shelf.

Both cars use super-lightweight BBS RE wheels constructed from forged magnesium. Measuring 19x8.5" front and 19x9.5" rear, they were dressed in 255/30 front and 275/40-19 rear Yokohama Advan Sport tires for superior grip on the track.Behind the wheels of the green car were Brembo six-piston calipers clamping 355mm rotors up front, with four-piston calipers and 345mm rotors at the rear. The orange car was slightly different, employing AP Racing six-pot brakes instead.

With dramatic weight savings from the carbon bodywork, engine tuning was no longer a priority so was limited to a K&N Ram-Charger intake on the green car and a BMC carbon intake on the other. Both then used a special titanium exhaust system from Japanese manufacturer Arqray, and we can report it sounded very angry as a result.

For the suspension, the green Z4MC went with three-way adjustable Sachs Race Engineering coilovers and Auto Refine anti-roll bars, while the orange one got Bilstein coilovers in all four corners.

The interiors of both had different treatments as well, with the green Z4MC receiving the most attention. For starters, it had a pair of Japanese-market Recaro SP-GTII seats trimmed by Robson Leather in Dakota tan leather with matching door trims. A Momo Racing steering wheel was then trimmed in green alcantara, with a matching shifter and e-brake. A further splash of color was added when the dashboard and center console were color-matched to the exterior, eradicating all memories of the somber stock interior.

Behind the Recaros was a painted roll-bar with cross-brace to stiffen the shell, while the trunk housed a Sparco box designed to secure a pair of crash helmets when not in use.The orange car was more conservative, except for the Racer SP-G driver's seat. Otherwise, it featured a Momo steering wheel, golfball shift knob plus color-matched door pulls and gear lever surround.

Studie's goal had always been to create two street versions of the Z4 M Coupe used in the German VLN race series. As you can see, they achieved that goal and then some. In fact, they have what must be two of the wildest Z4s in the world. 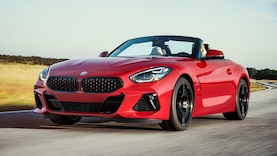 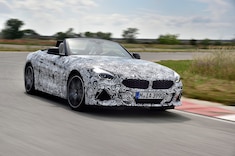 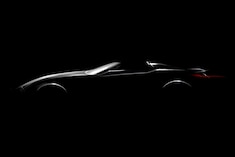 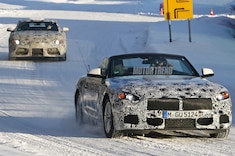 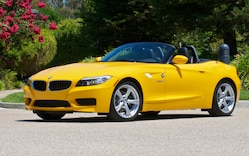 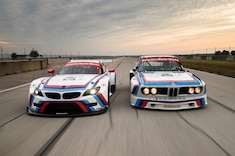 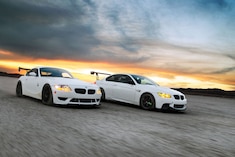 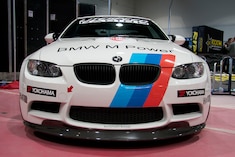 While the European tuner scene doesn't normally take center stage at SEMA, this year we found a number of impressive and hard to miss BMWs. Read on to see our BMW picks.