Kim Miller's M3 Convertible IS ALL About Show But The Supercharged Motor Means It Has Plenty Of Go. I can already see the all-too-common scenario: The cocky driver in a Nissan 350Z is slowing down as he approaches a traffic light. He notices what appears to be a modified 3-Series waiting in the next lane. He notices the wider aftermarket wheels and the M3 badging; his heart starts pounding. Oh, it's on.

As our rising-sun worshipper pulls up to take a closer look, he realizes the BMW driver is a woman. The light turns green. Chirp! He throttles first gear but is trounced by the M3's Dinan blower pushing over 300whp as she pulls a bus length on him.

While enough money has been spent on Kim Miller's '99 E36 M3 Convertible to deliver quad-digit dyno graphs, the car was geared more towards the show scene and no expense was spared. 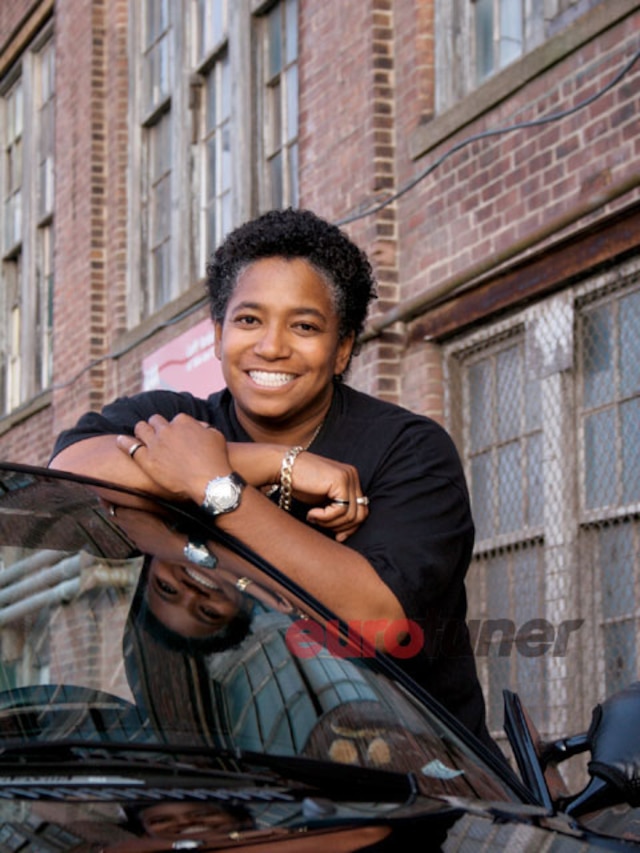 Kim discovered her passion when she attended her first car show - the Mecca Show in Bridgeport, CT - as a spectator. However, she was approached by a freelance photographer to shoot the car, prompting the organizers to move the M3 to a photo-friendly spot. The organizer then convinced her to enter the show and she won the whole thing - taking home a total of 14 trophies!

With just 35000 miles on the clock, the M3 called "Angel" is so clean it's now prepped for concours events and has already taken a first place in the "casual" class.

Kim's objective was to enhance every aspect of the M3, starting with a long list of carbon fiber exterior parts including eyebrows, kidney grilles, wiper arms, door handles, moldings, bumper strips, the trunk handle and emblems. A set of E46 M3-style fender grilles were also added. 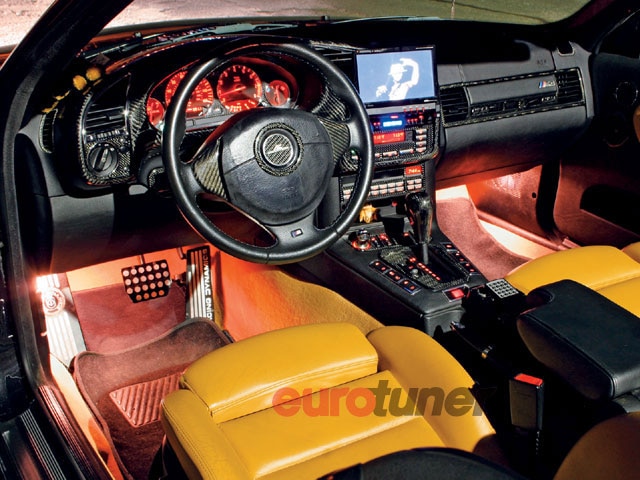 When Kim pops the trunk, it becomes evident where most of the money went. A West Coast Customs 17" widescreen first catches the attention. Then you spot a 12" sub hidden behind the Maya wheel centerpiece, powered by a massive Precision Power amp. The Directed Audio 20-farad capacitor sits on the right, above the battery. There's also a camera in the rear emblem and the images can be displayed on either the head unit or trunk screens. The trunk was finished in leather to match the car's "Modena" leather, along with black suede and carbon fiber. 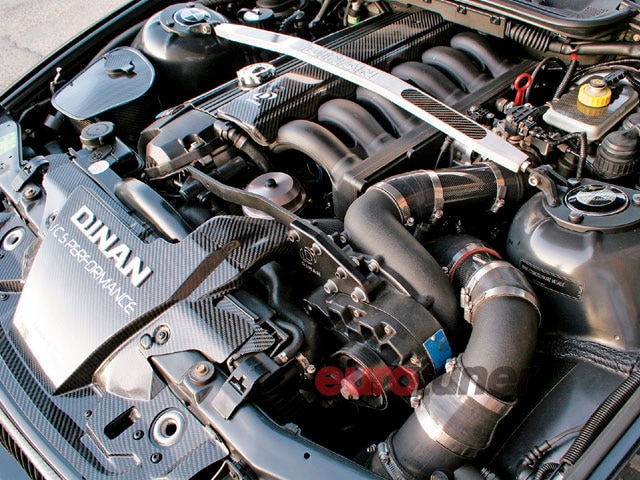 Although a show car, this M3 sports a serious package under the hood (accented in carbon, of course). At the heart of the 3.2 liter S52 engine lies a Dinan Vortech supercharger that was custom-tuned by ICS Performance through the stock ECU. The car's lungs are bigger, thanks to a Dinan big-bore throttle body and Schrick intake manifold swap that routes the 6psi boost pressure into the engine. Power pulleys from Rogue Engineering for the alternator, water pump and AC unit reduce parasitic drag.

Thanks to Dinan software, the transmission shifts significantly faster, allowing the 303hp at 6800rpm and 256 lb-ft at 5900rpm (measured at the wheels) to be transmitted to the road without a problem.

Kim lives for the show scene but has caught the speed bug and plans to install a Getrag six-speed manual transmission, along with an intercooler and methanol injection. She also intends to change the boost pulley on the supercharger to put her close to the 400whp mark. That's plenty of wind beneath this Angel's wings.

Photo 9/12   |   12" Precision Power sub sits below Maya wheel center trunk, five-channel amp is located behind it and 17" widescreen was placed in the trunk lid